Turning to tech to solve his own logistics woes, the co-founder of GoGoVan ended up with Hong Kong’s first billion-dollar startup

Steven Lam happily admits he became an entrepreneur out of necessity, rather than design. The man who eventually became a co-founder of GoGoVan grew up in a working-class family in a Kowloon public housing estate. To his parents, going to university was the most important thing, but Lam performed so badly in his high school exams that this wouldn’t be possible in Hong Kong. In a last ditch effort, his parents saved up to send him on a one-way flight to San Francisco to stay with an aunt and uncle, attend community college and hopefully get into a university from there.

“They only bought me a one-way ticket because they couldn’t afford the round trip,” Lam recalls wryly. However, the day he landed, Lam’s aunt fell sick. Fearing his arrival would be a burden, Lam stayed in San Francisco and found a job delivering Chinese food at a restaurant. It was here that he met fellow Hongkongers Nick Tang and Reeve Kwan, who would later become GoGoVan co-founders.

To pay his way through college, Lam did everything from selling hot dogs out of his car boot to fixing up old cars bought off Craigslist. He struck gold when the first-generation iPhone launched in 2007. Lam, Tang and Kwan pooled their savings to buy one, then stayed up for two nights working out how to “jailbreak” the device before selling it for a considerable profit on eBay. “We just drove around buying iPhones from all the Apple stores,” Lam laughs. “In nine months we made several hundred thousand dollars on eBay.” 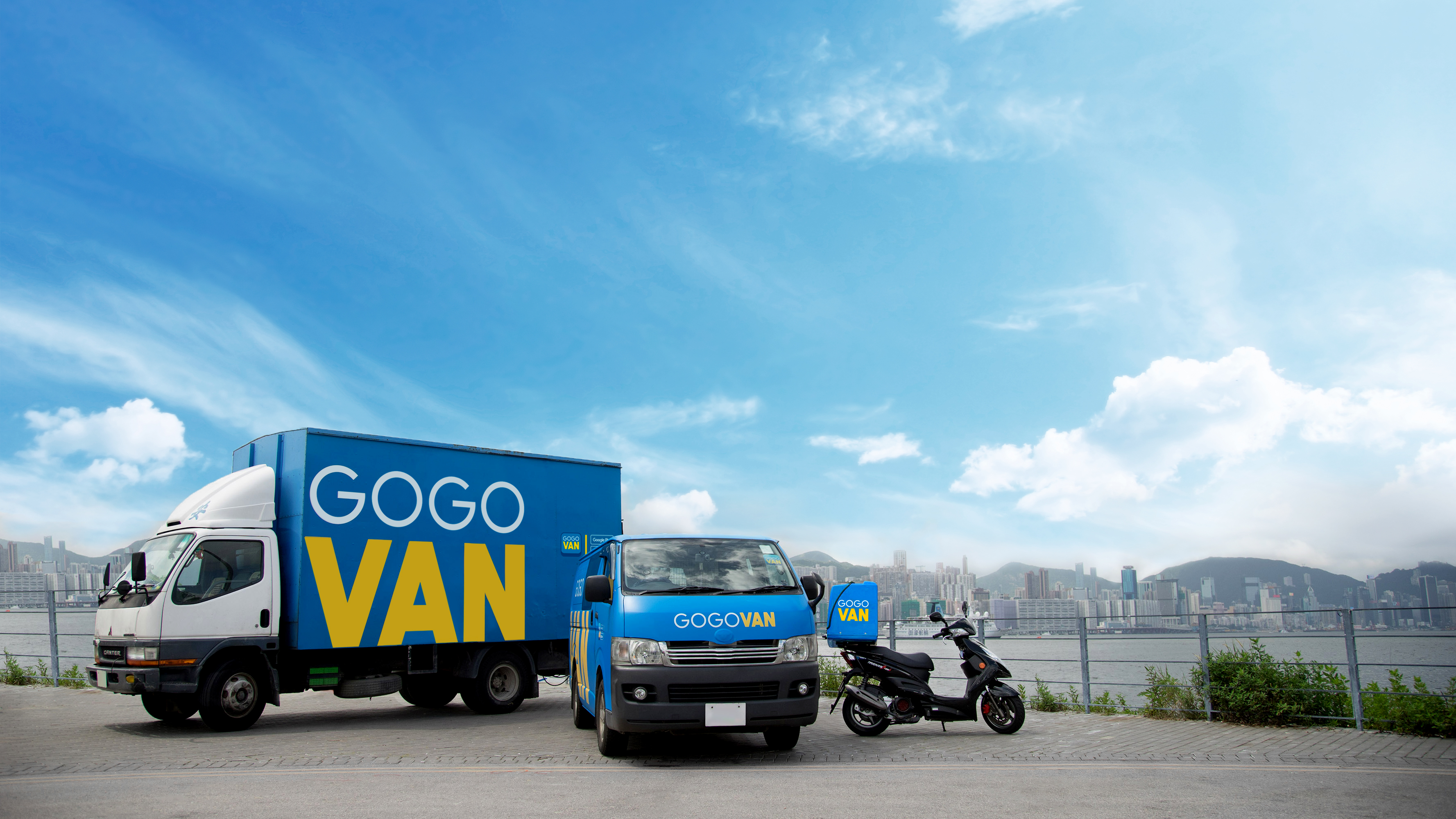 Lam returned to Hong Kong in 2010 with a BSc and a perfect GPA from University of California Berkeley’s Haas School of Business. But he struggled to find a job. So, he struck out on his own. Riffing on an idea that he, Tang and Kwan had discussed at the Chinese restaurant, the trio, now all back in Hong Kong, launched a company called BoxAd in 2011, selling and printing advertisements on the side of Chinese takeout cartons.

The venture did well, but arranging drivers to collect and deliver the boxes was a problem. “We were using these old-fashioned call centres who would radio out to find drivers, but it was chaotic,” Lam says. “We were always late with our deliveries and getting complaints from restaurant owners.”

The trio worked out that a new technology called WhatsApp could allow them to talk to their drivers directly, cutting out the inefficient call centres. But this presented further challenges. “We had a lot of driver groups, and it was a nightmare to copy and paste the delivery route across the groups,” Lam says. “Two would respond at the same time in different groups, and they’d both think they were first. Sometimes they turned up and threatened us. We needed to consolidate all these WhatsApp groups, so we had the idea to build a mobile application that could incorporate all the drivers.”

Lam called up old acquaintances Chris Yuen, who built the app backend in three months, and James O, who worked on marketing and design. The five friends put together HK$20,000 of their savings as initial capital, and GoGoVan was born in 2013.

The first rounds of funding came swiftly from several angel investors in Hong Kong. The company scaled accordingly and received positive feedback from users and drivers, but after two months was struggling for cash. After failing to find venture capital investors in Hong Kong, GoGoVan managed to secure HK$100,000 in seed capital from the Cyberport Creative Micro Fund. Then, a Singaporean investor persuaded them to expand to Singapore, where a professional private equity fund invested HK$5 million. 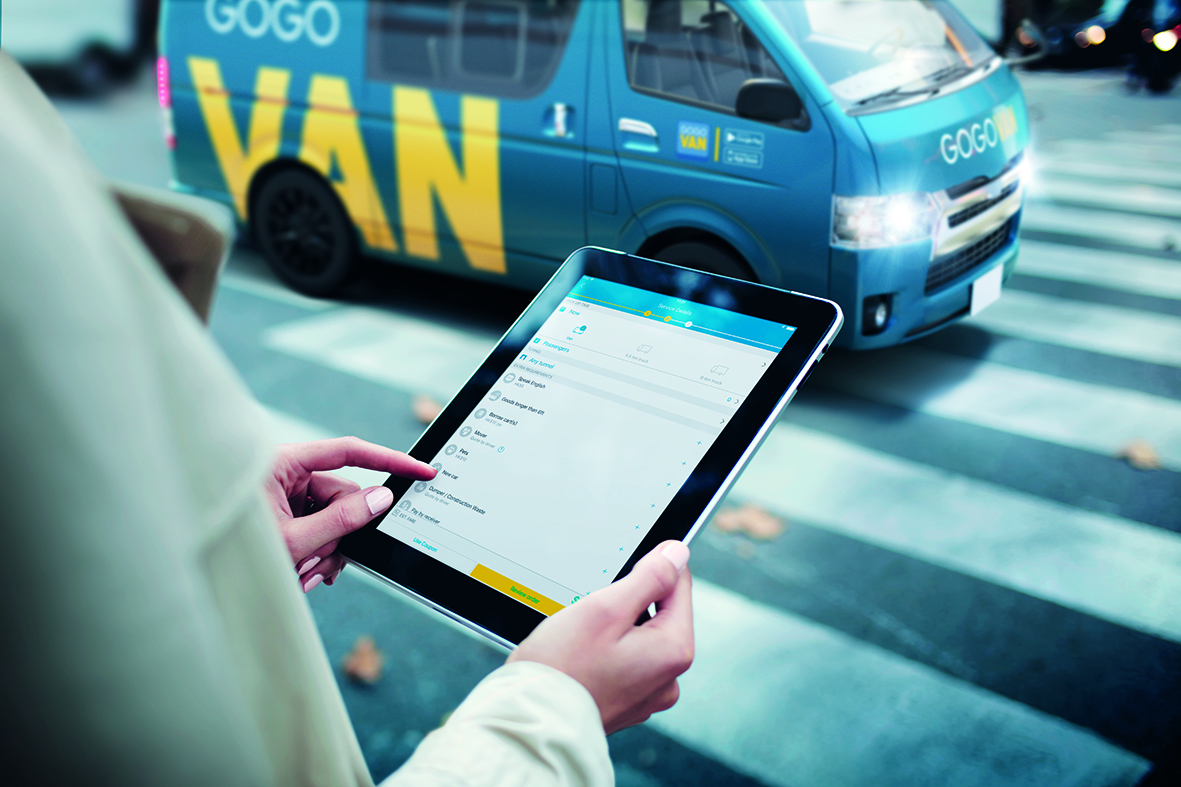 “I had never even been to Singapore at that point!” Lam exclaims. “But it was the first place we expanded because we needed to raise money.”

Within a year, the company had several thousand vehicles, and transaction volume was doubling every other week. Lam recalls how the founders answered phone calls “non-stop” in the office until midnight most days, then worked until 4am catching up with other tasks. “That was problematic,” he says, with a grin.

But GoGoVan’s success attracted attention. In 2015, Uber debuted UberCargo in Hong Kong, offering a familiar on-demand cargo model. “We were like, ‘Oh sh*t’,” Lam laughs. “We didn’t know if they were coming after us, but their team later confirmed we were their reference.”

Despite heavy marketing in the city, UberCargo vanished after only 18 months. Lam points out that, without GoGoVan’s hyper-local knowledge, Uber’s concept suffered. “One example is they only took credit cards,” Lam explains. “But in Hong Kong, a lot of drivers will only accept cash. It’s a mentality – something we can’t change – which we embrace.”

In 2017, GoGoVan announced a merger with its Chinese peer 58 Suyun – a unit of 58 Home, the largest intracity logistics platform in China. The new company was valued at over US$1 billion, creating the first so-called unicorn startup in Hong Kong with local founders. Lam modestly bats away the hype – “unicorn is just a nametag the media came up with,” he says.

Regardless, with unicorn horn in place, GoGoVan now has its sights firmly set on Asian domination. The company currently has eight million registered drivers in six regions and over 300 cities. “Our strategy for next year is to expand into Vietnam and do more in China, including more driver training,” Lam says. “We’re still a small player in China, for now.”

It’s all a far cry from the days of struggling to paste into WhatsApp groups. But, despite all his success, Lam maintains he’s ultimately just relieved the company has survived this long. “We have a very tough economic situation in Hong Kong recently. As a company, we never imagined we’d need to survive through that kind of challenge,” he says solemnly. “But the fact we’re still scaling up, and opening in new markets every year? That is what I am most proud of.”

Three other unicorns based in Hong Kong

Founded in 2014, this app has revolutionised the concept of using mobile devices to book travel activities and services, winning multiple awards and legions of fans for its great-value deals and easy-to-use platform.

Originally known as EasyVan, this on-demand logistics company is among GoGoVan’s keenest competitors. LalaMove offers delivery and courier services across Asia, though it’s primarily focused on business and corporate customers.

AirWallex moved its headquarters from Melbourne to Hong Kong in August 2018, in pursuit of a virtual banking licence. The four-year-old company, which offers cross-border forex payment solutions for business, is backed by Tencent.