As recently as 2016, there were scant screening venues in the Thai capital beyond enormous multiplex cinemas. But since then, intimate screening rooms showing non-mainstream films have been opening across the city and thriving.

With offerings ranging from the inscrutable to the wholesomely nostalgic to the zany, enterprising venue owners with a genuine passion for cinema have tapped into the public’s growing itch for vibrant and varied movies not commonly screened in multiplexes. 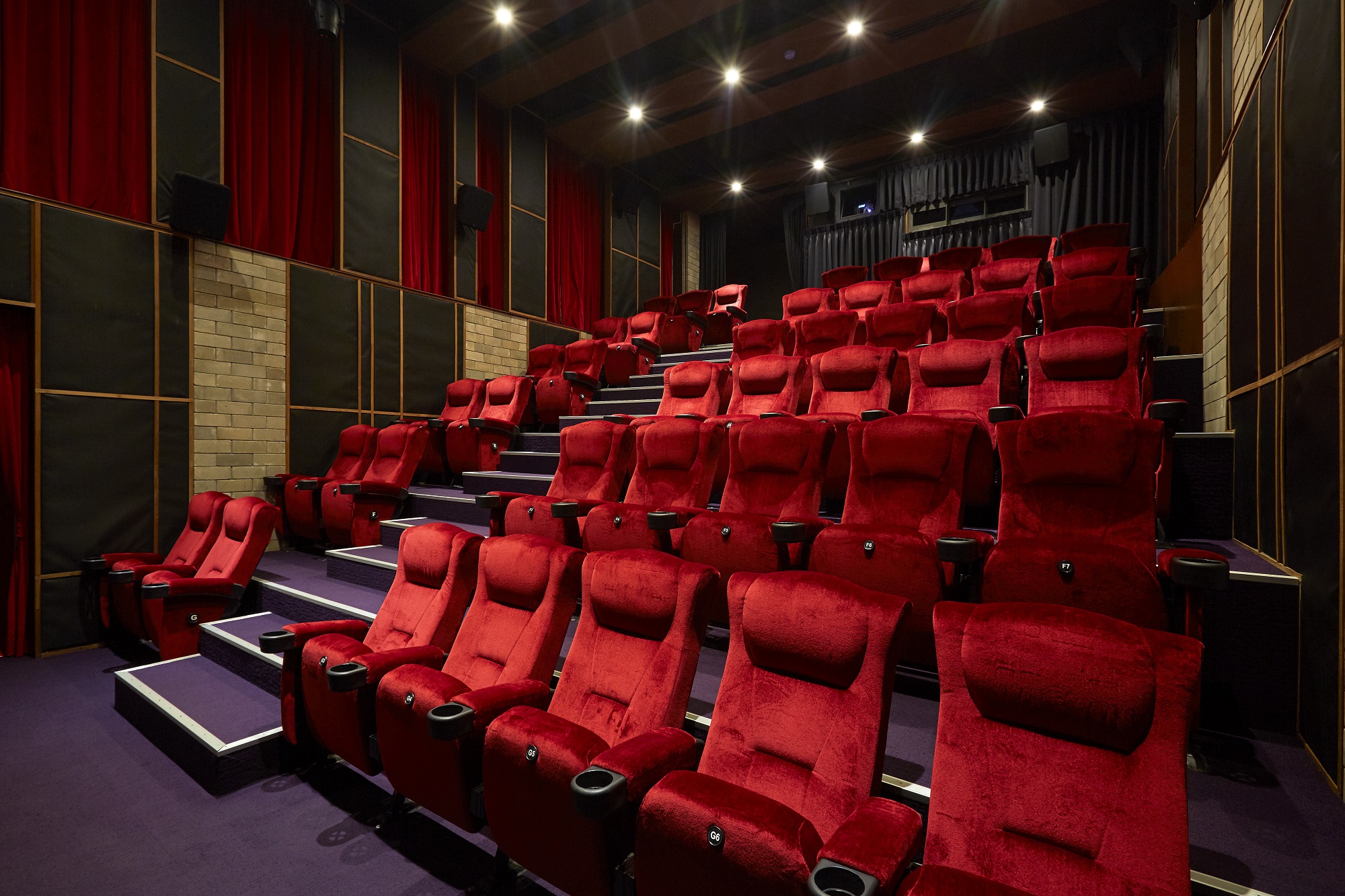 The 52-seat Bangkok Screening Room, the first of this new wave of indie cinemas, opened in 2016 and launched its first LGBT+ film festival in 2018. In July 2019, it brought the event back and screened 11 films, including Gus Van Sant’s cult hit My Own Private Idaho and Kenyan love story Rafiki which was banned in its home country. The festival also held talks, performances and an art exhibition.

Meanwhile, Bangkok’s beloved House RCA art house cinema, which closed its curtains in Huai Kwang last August and reopened as the much larger House Samyan, has seen its loyal following flock to the new venue, where it screens, among other offerings, films by local LGBT+ and female talent that rarely get in front of mainstream audiences. 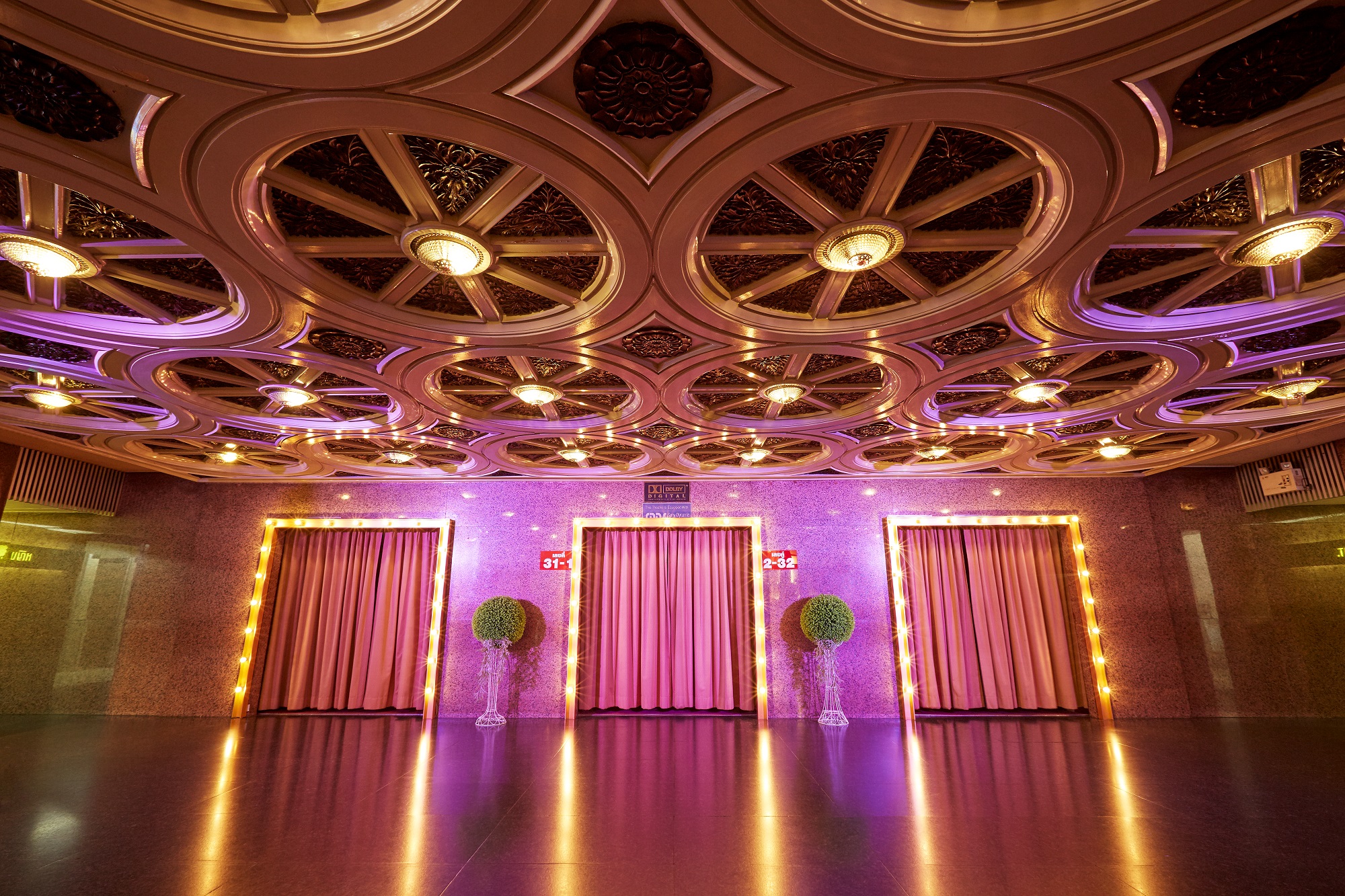 There are many reasons for this trend. Some of them have to do with Thailand’s tight movie censorship rules around “red line” subjects involving controversial episodes in recent Thai history. These have also helped stoke demand for more underground film experiences. Cinema Oasis, a 48-seater cinema and art gallery opened in 2018 by bold veteran journalist turned filmmaker Ing Kanjanavanit, has been instrumental in filling this void. The venue screens films based on controversial topics such as protests and politics that struggle to get shown elsewhere in Thailand due to widespread self-censorship at other cinemas.

An interest in Thailand’s less edgy cinema history has played a role too, largely thanks to the actions of the state-funded Film Archive. It digitally restores films that would otherwise be lost to history as well as screens them and is set to expand further in 2020 with new screening room openings.

Of course, international accolades for Thai art house directors such as Apichatphong Weerasethakul and Anocha Suwichakornpong over the past few years have been a matter of national pride. This, along with the more recent rise of small-studio films such as Roma, Call Me By Your Name and Moonlight have raised the profile of indie movies and places that show them in Bangkok. “Film buff culture is growing,” says Teepanun Petchsri, creative officer of independent cinema House Samyan. “This generation is being given more diversity of cinema than others before them.”

Combined with the last of Bangkok’s vintage standalone cinemas, such as the stunning Art Deco-style Scala, the result of these new openings has made Bangkok one of Asia’s most exciting cities for movie lovers. For Ing, the stakes are even higher: “Cinema can save humanity. People are depressed, their eyes trapped by tiny screens. Cinema is a cure, an exorcism… a communal dreaming session.”

Whether you want to sink into a communal dreaming session in Bangkok, or just catch a film that doesn’t feature superheroes or Dwayne Johnson, here’s where to go. 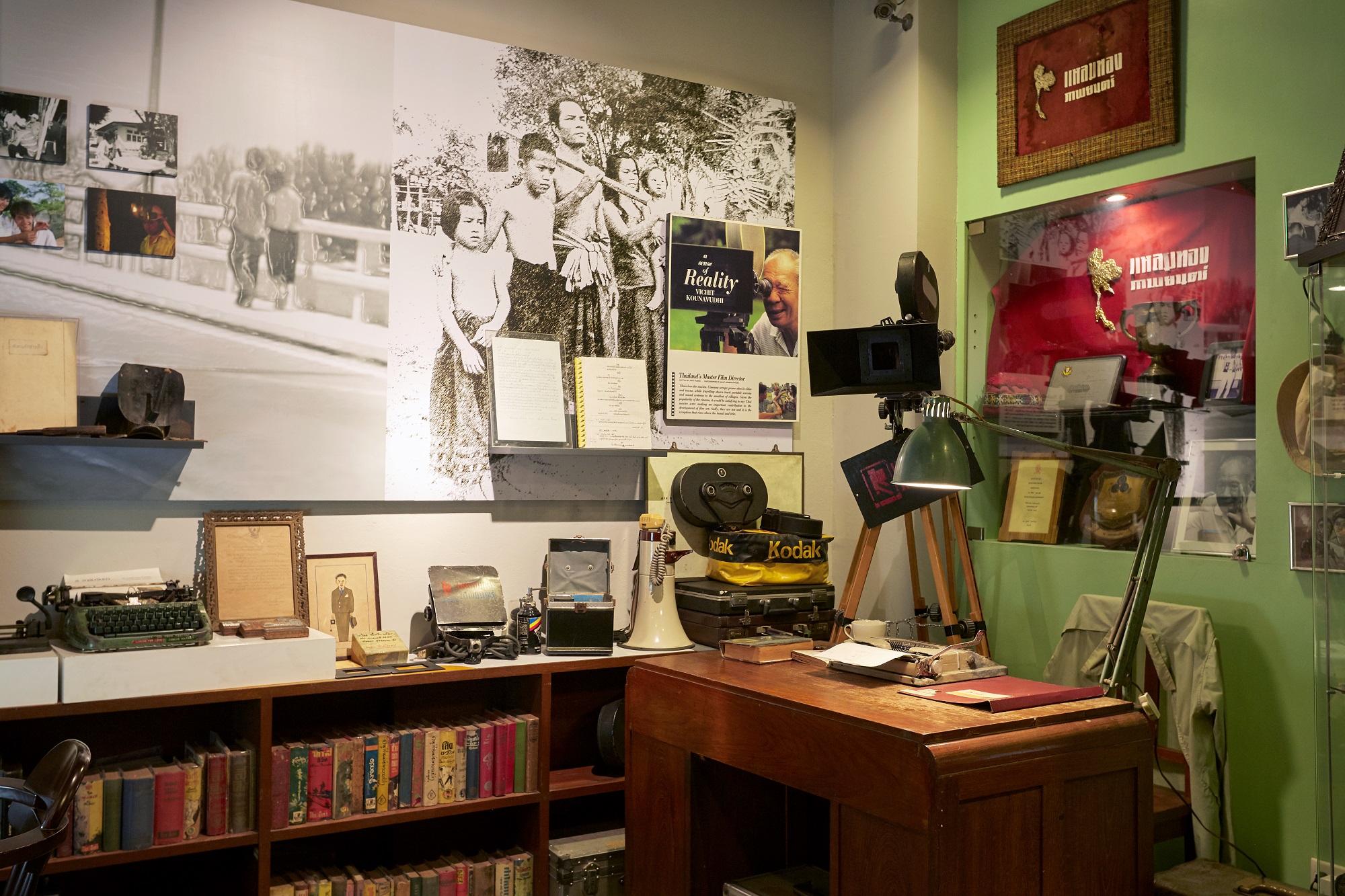 Founded in 1984 by archive director and historian Dome Sukwong, after he discovered a warehouse full of old film reels, Thailand’s Film Archive is at the centre of Dome’s endeavour to highlight his country’s movie history. Free screenings play at the venue’s retro-style 120-seat cinema in Bangkok’s Salaya suburb, next to its striking yellow cinema museum modelled on Sri Krung Sound Film Studio, which opened in Bangkok in 1935 and was the first movie studio in Thailand that could record full-length films with sound.

Kong Rithdee, the deputy director and an influential film writer, says that the state-funded archive could hold as many as 6,000 feature films. It has restored and screened movies from the likes of celebrated Thai director Rattana Pestonji, known for classics such as the 1954 film Santi-Vina. “His films weren’t available anywhere else, but we spoke with his family and got the rights,” Kong says. “We revived his legacy.” The archive has given Thailand’s ghost film genre a jolt, too, with director Nonzee Nimibutr’s 1999 horror-romance Nang Nak represented in the museum by a garish monster model from the movie.

The Film Archive’s reach is set to grow. It will open a three-screen cinema in Salaya around spring 2020, and is restoring central Bangkok’s Sala Chalerm Thani, Thailand’s oldest wooden cinema that dates back to 1918.

“It’s important to keep showing alternatives to multiplex blockbusters,” Kong says. “Cinema is an experience. To appreciate cinema, sometimes you have to understand the history of cinema.” 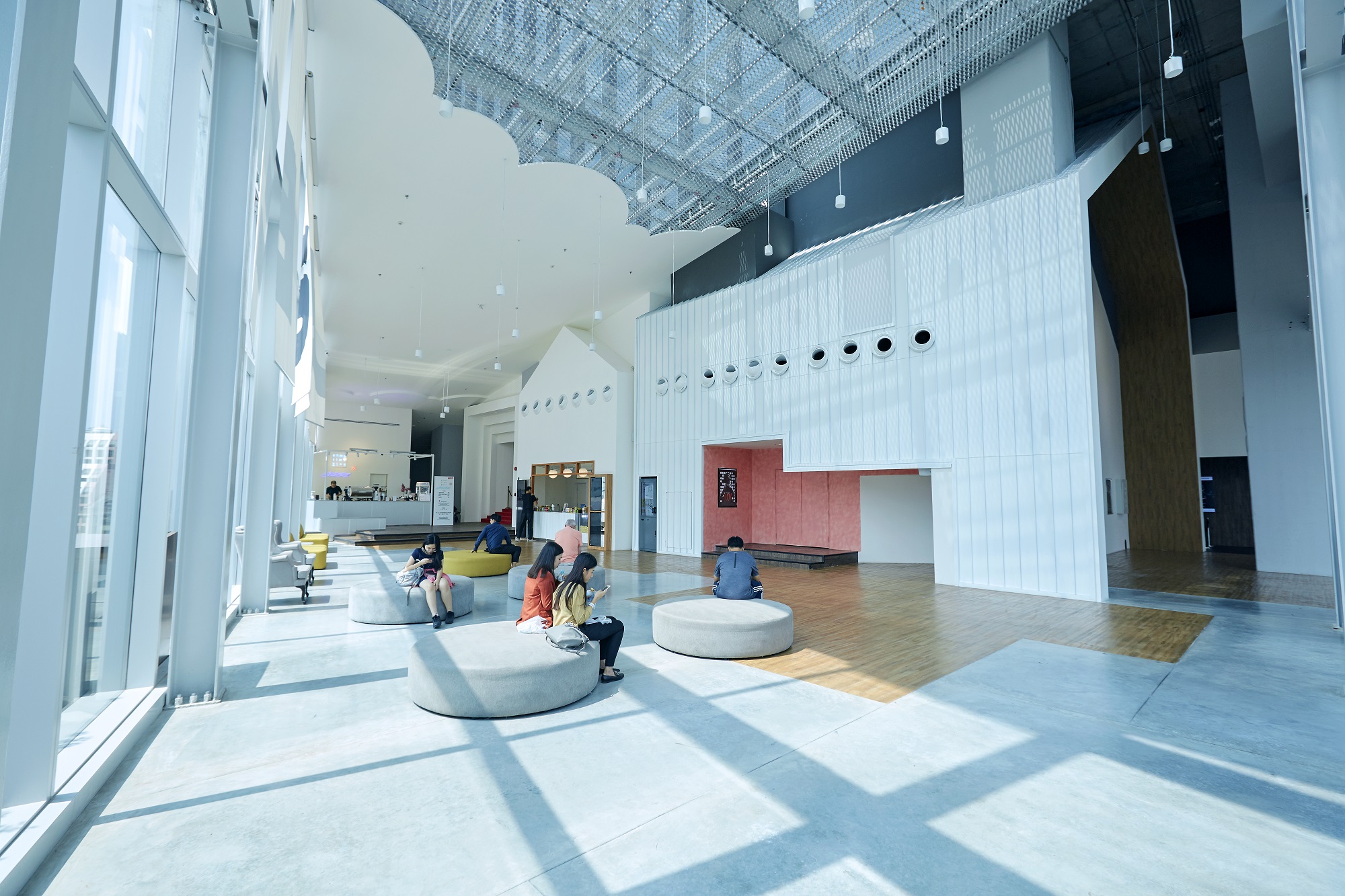 With its mildly quirky design, House Samyan might be the most Instagrammable new cinema in Bangkok, but its depth can’t be depicted via hashtags alone. The three-screen venue in Samyan Mitrtown mall is the new incarnation of House RCA, the city’s first full-scale art house cinema, which operated from 2004 to August 2019.

Inspired by the film buff community buzzing around Hong Kong’s Broadway Cinematheque, House Samyan is complemented by a café, a small library and a shop to help stimulate post-screening discussions. During busy times, it feels more like a trendy clubhouse than a pure cinema. Recently released films have been screened there, but local talent is given equal prominence. The movies of Tanwarin Sukkhapisit, the filmmaker who recently became Thailand’s first transgender member of parliament, have proven popular at the venue.

The cinema is run by Sahamongkol Film International, a major production and distribution company. However, House Samyan staff is given the freedom to run film programming in a way that befits their status as a non-mainstream venue.

“The problem with mainstream cinema is that if a film doesn’t perform well they kick it out,” Petchsri says. “We show some blockbusters but you could also watch, say, a documentary about Banksy.” 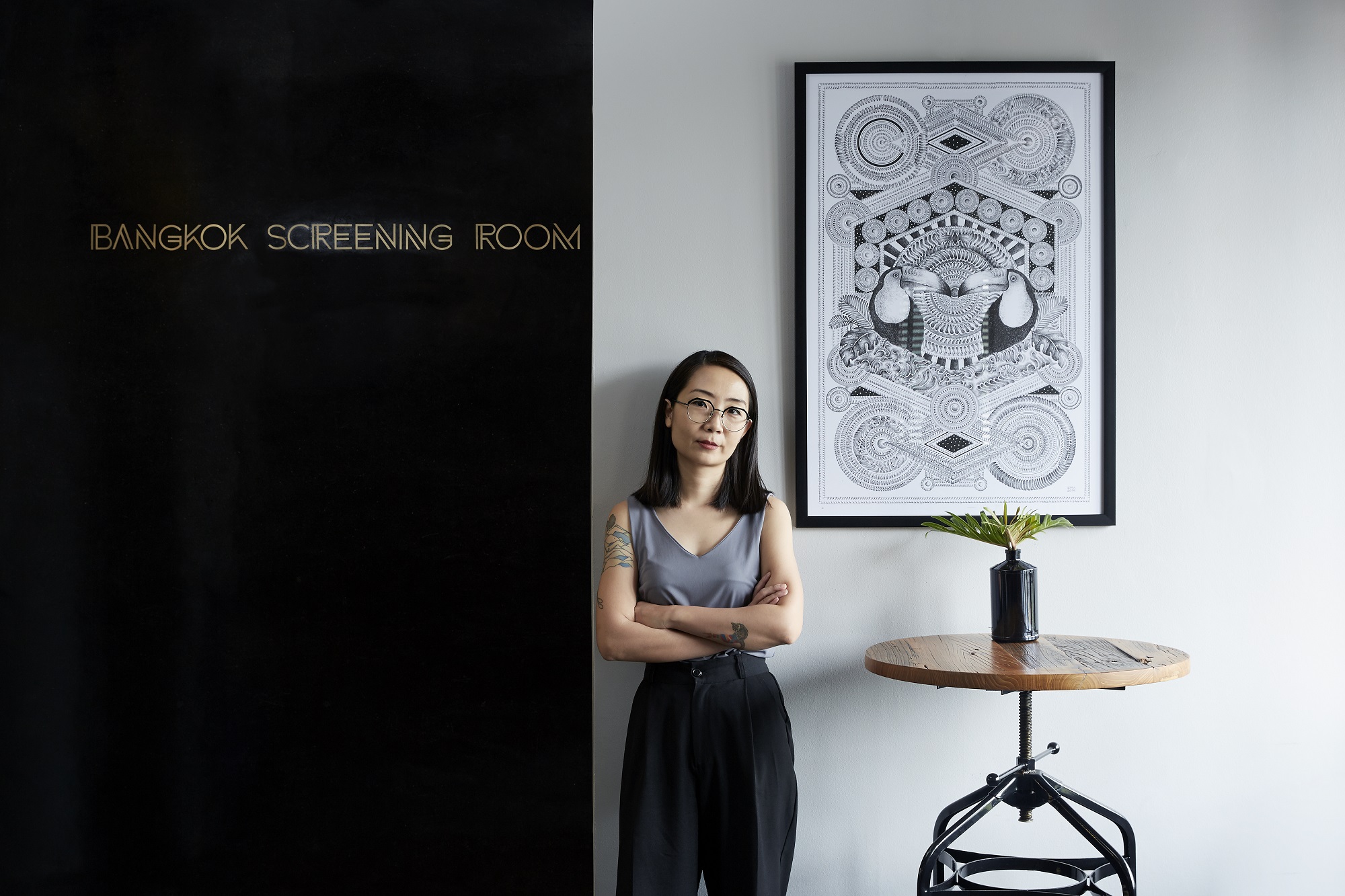 In 2014, if you wanted to watch an art house film in central Bangkok you did it at home. “Back then it was just big chains, just blockbuster films,” says Sarinya Manamuti, co-founder of Bangkok Screening Room (BSR), sitting in the small sleek bar that serves as the BSR lobby. “There were no spaces for independent films.”

Obsessed with cinema, Sarinya and friends Nicholas Hudson-Ellis and Wongsarond Menn Suthikulpanich decided to fix the problem by screening cult films at rooftops and other pop-up spaces around town. Their events were hits, so in September 2016 they opened BSR in Woof Pack, an artsy building across the road from Lumpini Park, where young creatives peruse minimalist galleries and eat craft ice cream.

Now, the tiny cinema screens cult Thai and foreign films and hosts festivals promoting LGBT+ and female filmmakers. If that sounds very serious, there’s in fact a sense of fun that threads through the offerings. “Sometimes it’s as simple as having Whitney Houston songs playing in the bar after we screen Whitney,” says Sarinya.

Such eclecticism has seen BSR thrive in the modern Bangkok indie cinema scene it pioneered. One night, you might see Manta Ray, the 2018 drama addressing the Rohingya crisis by Thai director Phuttiphong Aroonpheng, and on another, it could be The Matrix. “We’ve built trust with the audience,” Sarinya says. “Now, they’re willing to open up.” 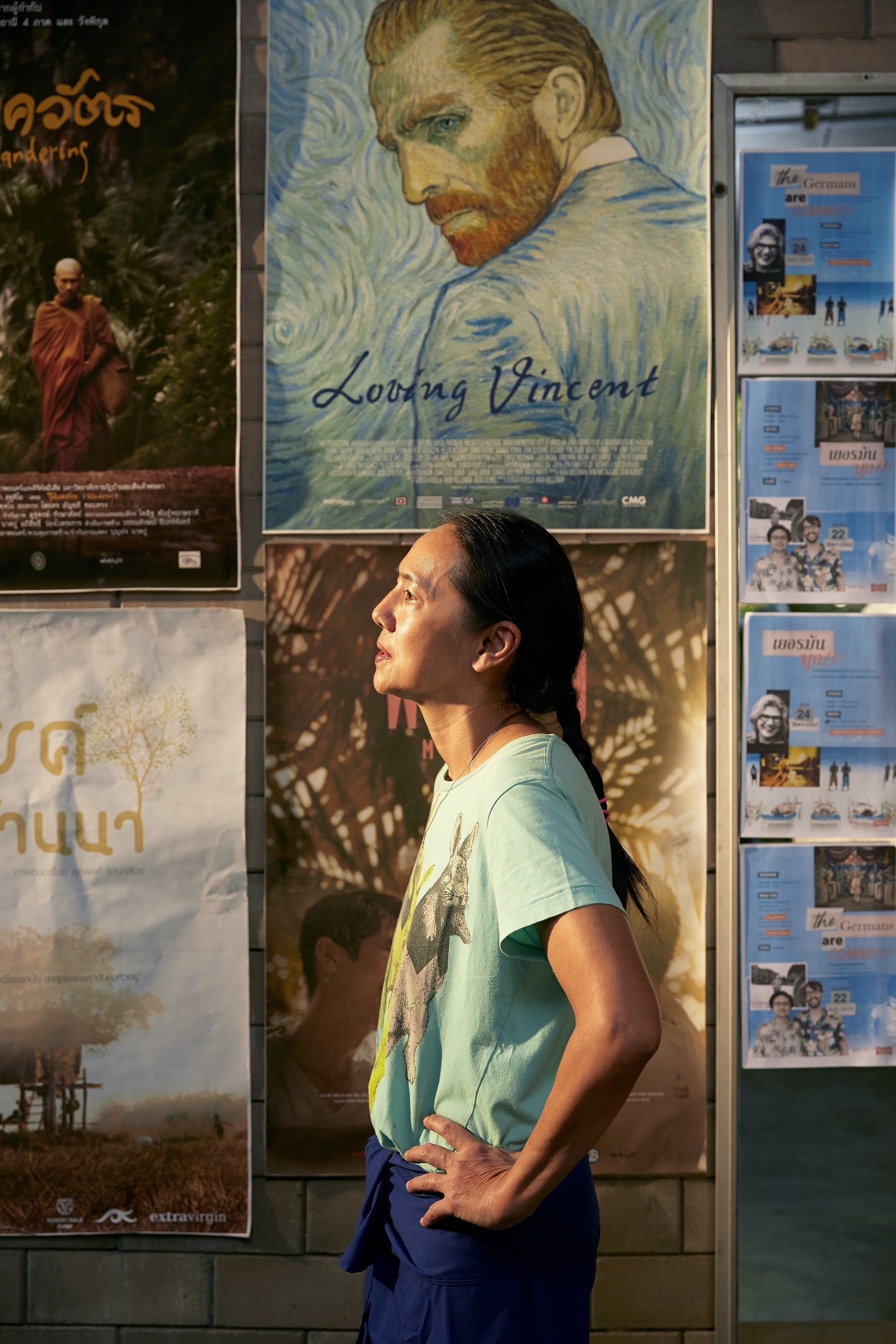 Director Ing Kanjanavanit and artist Manit Sriwanichpoom have long had a tense relationship with Thai authorities. Shakespeare Must Die, their 2012 film adaptation of Macbeth, was banned because it depicted historical clashes involving the Thai paramilitary.

Opening Cinema Oasis, a 48-seater in Sukhumvit’s Phrom Phong area in 2018 – and thus drawing more attention to their work – was a bold move for the couple. In its short existence, it has already been ordered to close for short periods by local officials nervy about a venue that’s a haven for maverick filmmakers. 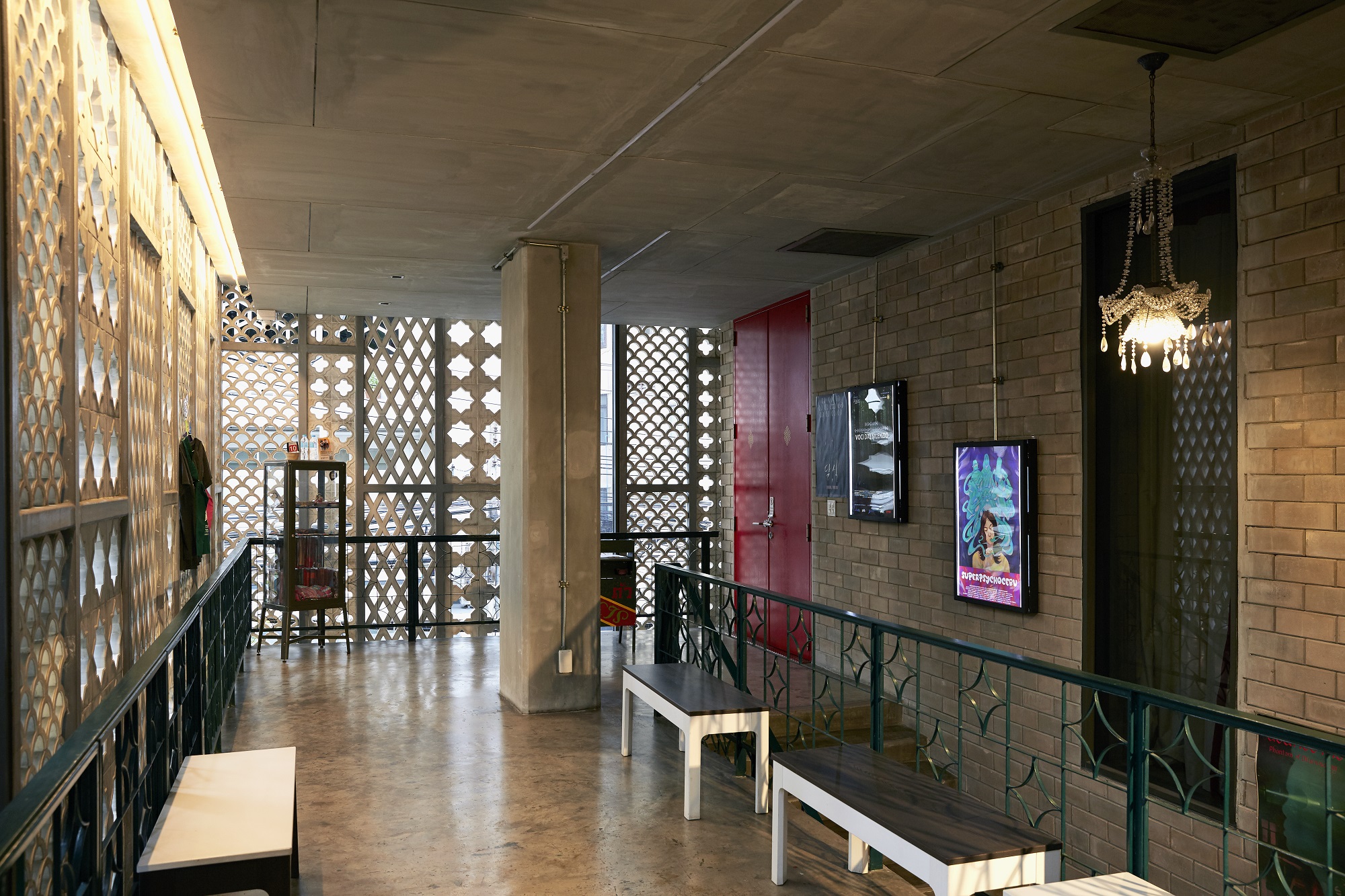 Just how far from the mainstream the cinema stands was evident when it hosted the Amazing Stoner Movie Fest in August 2019, showcasing marijuana-inspired films. Ing awarded surreal lo-fi odyssey film SUPERPSYCHOCEBU the top gong. “We built this place to have our space in the world,” she says in Cinema Oasis’ office while sitting next to a photo from Manit’s widely beloved “Pink Man” photo series, showing a man in a pink tuxedo enjoying a picnic with two naked women.

Windows to friendships and new cinematic worlds open at Cinema Oasis as well. One example would be when fêted Filipina director Moira Lang checked out the venue on a whim. Ing recalls: “She was on holiday here. We hit it off and she sent me links to her work. Later, I discovered: ‘Oh, she wins awards and makes hit indie films.’ We ended up having a film programme called Filipino Miracle at the cinema, and Moira gave a talk. All from us having a cup of tea together.” 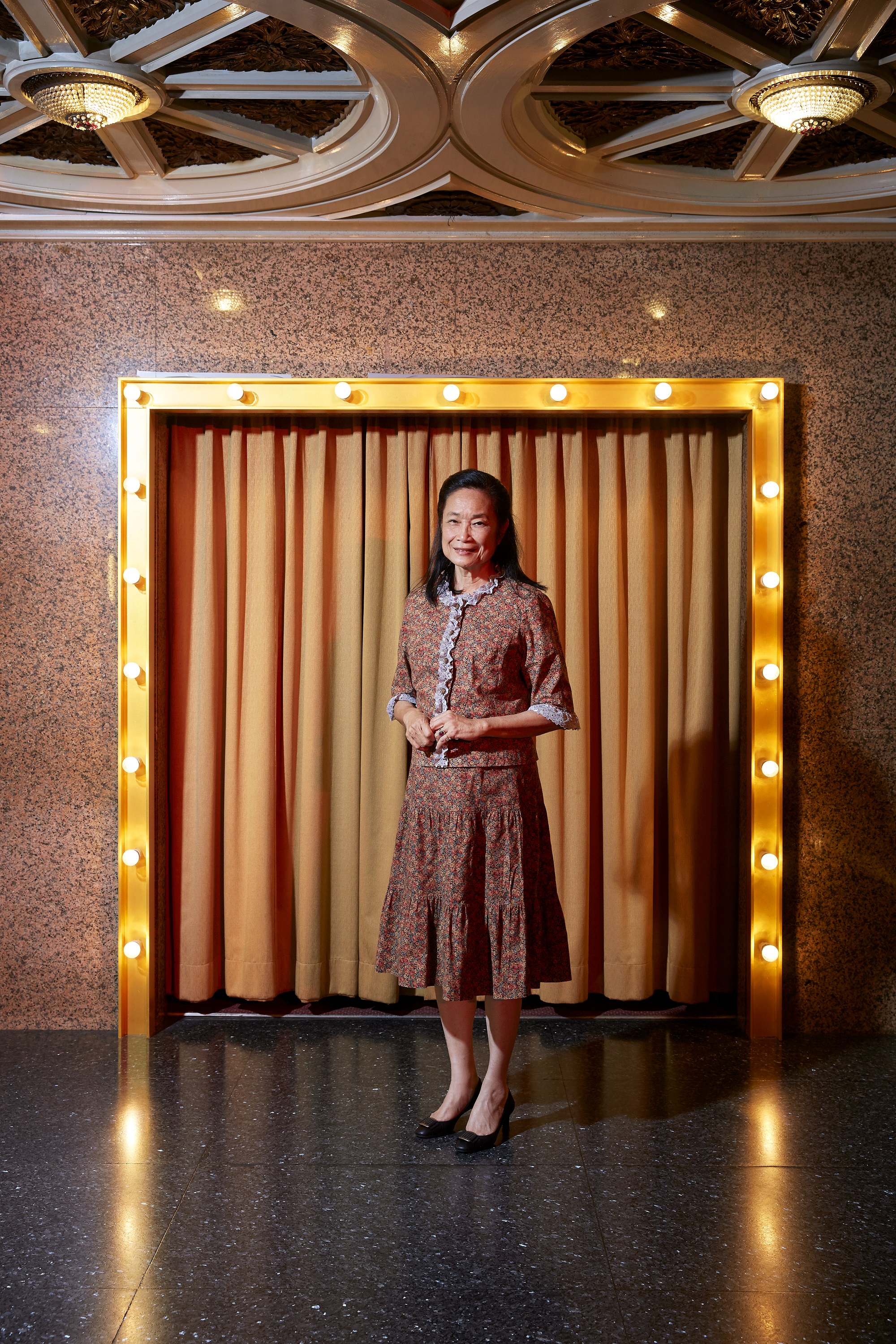 Not much has changed at Scala since it opened in 1969. Ushers in yellow jackets welcome you in the Art Deco lobby as staff marks up paper seating plans. The scent of popcorn drifts from ’60s-built vending machines. It’s magical.

The cinema was opened by businessman Pisit Tansacha, who also operated the nearby Lido and Siam theatres. Nanta, his daughter, now runs Scala. “There was no [staff] screening room back then, so we checked new movies after midnight,” she says, sitting on a wooden bench in front of the venue’s grand lit-up chandelier in the lobby. “I slept in the theatre with my blanket while my parents watched.” 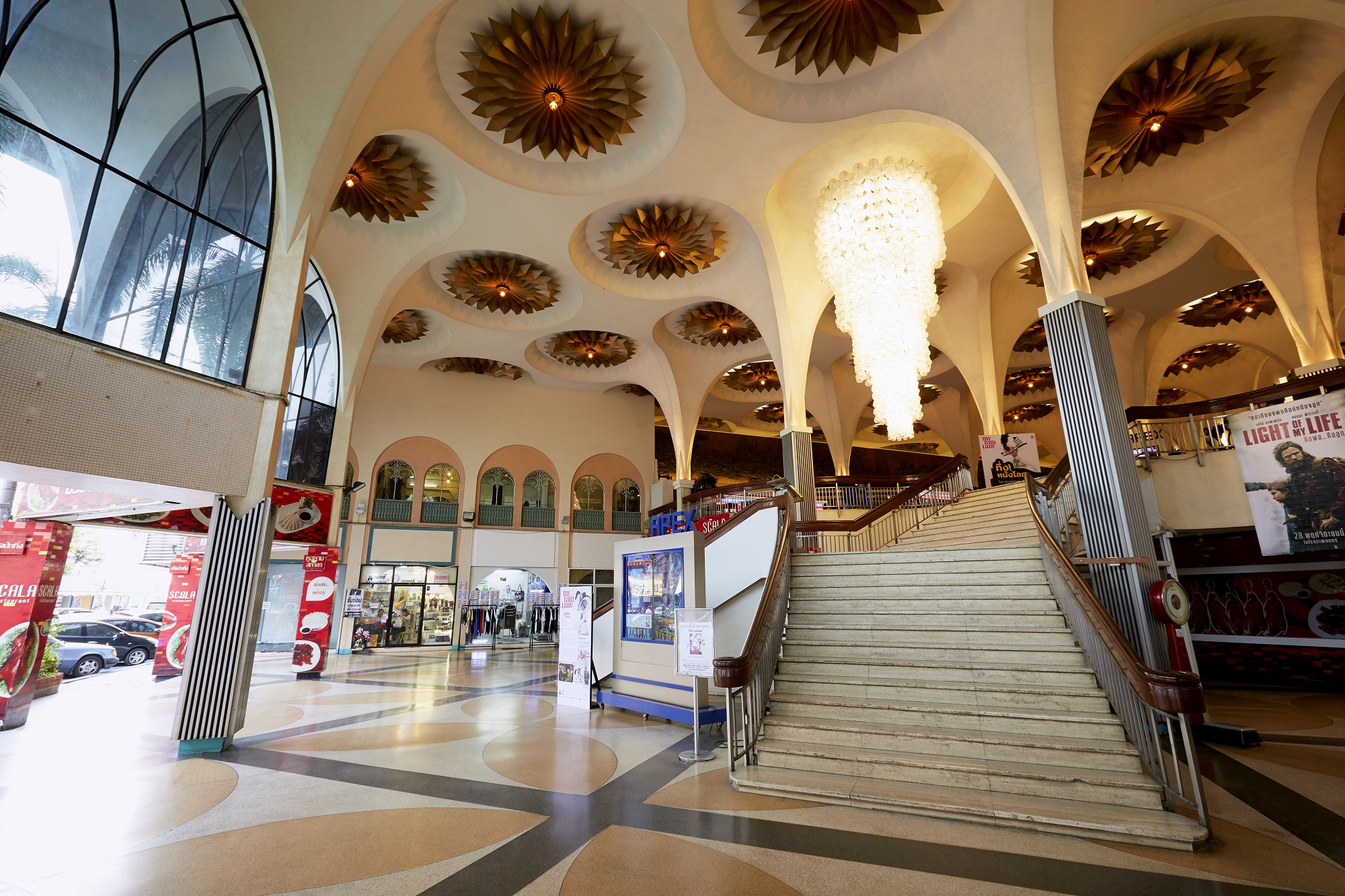 Scala shows new films plus classics curated by Thailand’s Film Archive, which offers international releases as well as Thai films when programming for external venues. The 1964 musical My Fair Lady was a recent hit. Nanta keeps tickets around the THB100 mark and tries to treat customers “like family”.

Just don’t expect to enjoy such value at a Kill Bill Scala special – Nanta is unapologetic about keeping a stern eye on the content of the films she shows. “I refuse many movies. My staff tells me we could make lots of money [screening violent films] but I say: ‘You’d give poison to our customers.’”

The Scala site is owned by Chulalong-korn University, and the threat of redevelopment there has loomed for years. She may be anti-violence, but Nanta won’t give the place up without a fight. “It’s a landmark.” 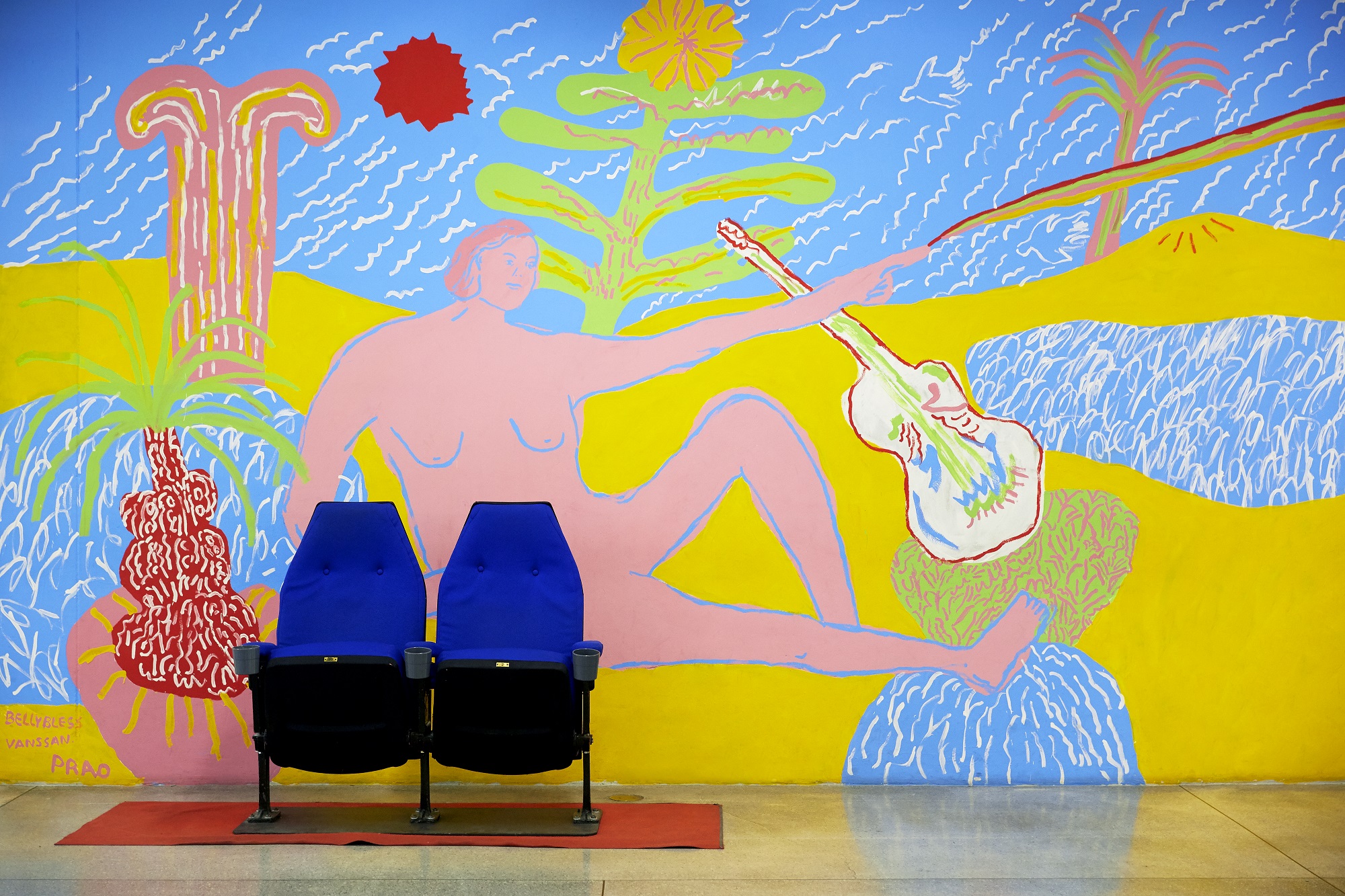 The year 2018 saw the closure of Lido Theatre, a well-loved Bangkok cinema that opened in 1968 and stood alongside Siam Theatre and Scala in a holy trinity of vintage favourites. Phillip Jablon, who records vintage cinemas in his Southeast Asia Movie Theater Project blog (seatheater.blogspot.com), wrote that the loss was akin to a “minor lobotomy”.

Some fans lamented about the new mall, Lido Connect, which opened in place of the theatre in the summer of 2019. However, among the white-walled fashion boutiques and hyper-hip cafés, cinema spirit lives on in its revamped, 140-seat screening room with the original theatre seats treated to a good scrubbing.

The opening­ re-galvanised much of Bangkok’s film community. Documentary Club Thailand, which curates documentary and other classic film screenings and festivals, sorts the venue’s programming and filmmaker Q&As. Director Chookiat Sakveerakul gave a talk when his new film Dew, Let’s Go Together was screened, as did Somching Srisupap, about his late ’80s rom-com.

This club has an intimate 60-seat space in Warehouse 30 in the Charoenkrung area, comprising of repurposed World War II-era warehouses. Expect an expertly curated schedule with tickets around THB100.

Alternative cinemas in Bangkok are bringing a wider variety to the city’s film scene. Fly to Bangkok with Hong Kong Airlines and check them out. Book your flight here now!