The worlds of interior design and fine art converge as a new movement of designers and galleries sweeps through Los Angeles. Writer Jessica Ritz investigates 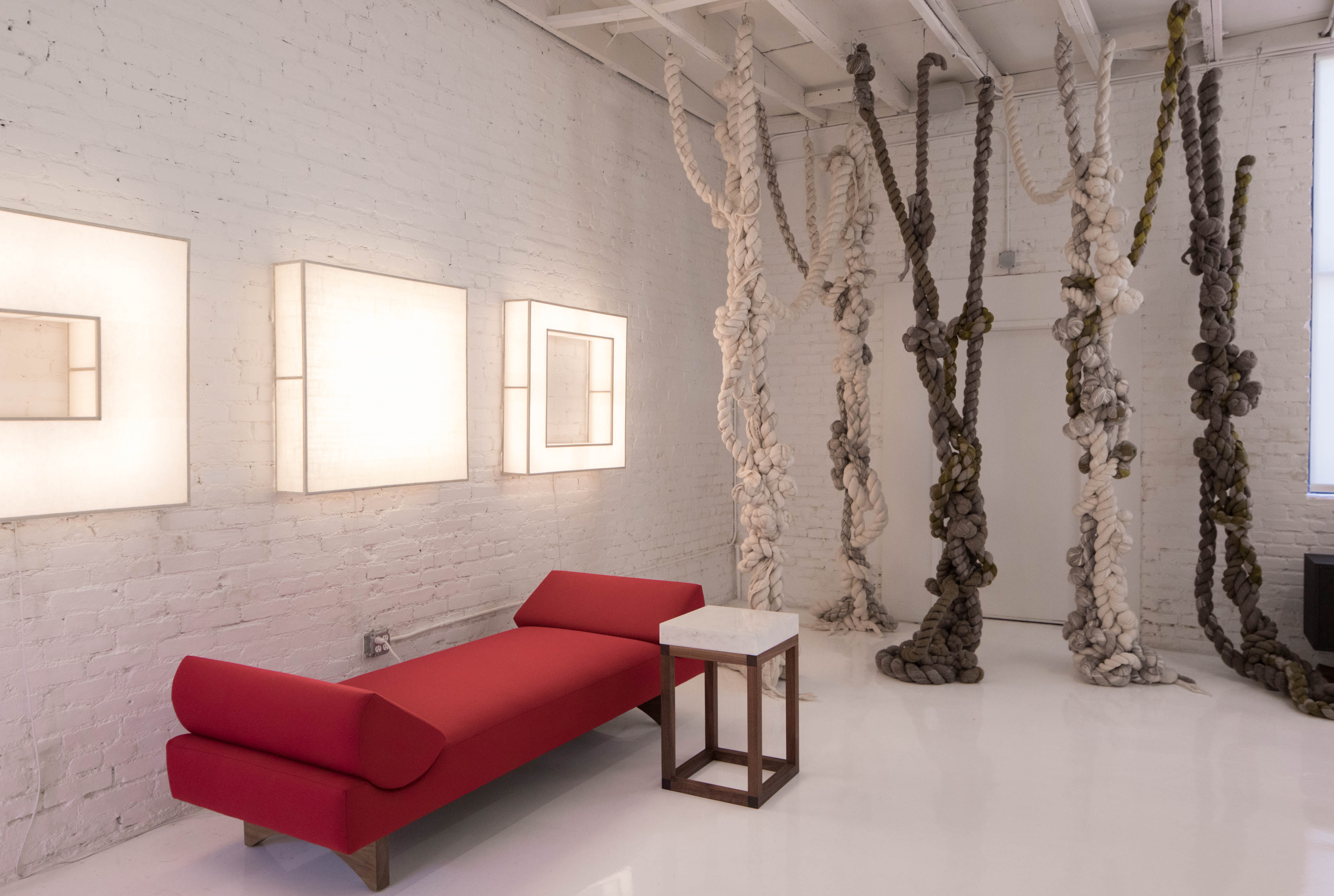 It’s a warm spring evening, and on a residential street at the crest of the ritzy Trousdale Estates neighbourhood in Hollywood, the valet line is chaos. Guests are streaming in through the dramatic Hollywood Regency-style doorway of a 1958 home once owned by Elvis Presley for six years and originally designed by architect Rex Lotery, who knew how to deliver Hollywood glamour. Today, it’s known as Casa Perfect, the Los Angeles base of Future Perfect, a cutting- edge design gallery established by David Alhadeff in Brooklyn in 2003.

An appointment-only space, Casa Perfect has become a destination for professionals, their clients and the contemporary design-loving public. “David’s programme has a spirit of joy, innovation and youth,” observes sought-after interior designer Alexandra Loew. It’s become a buzzy social hub, too. 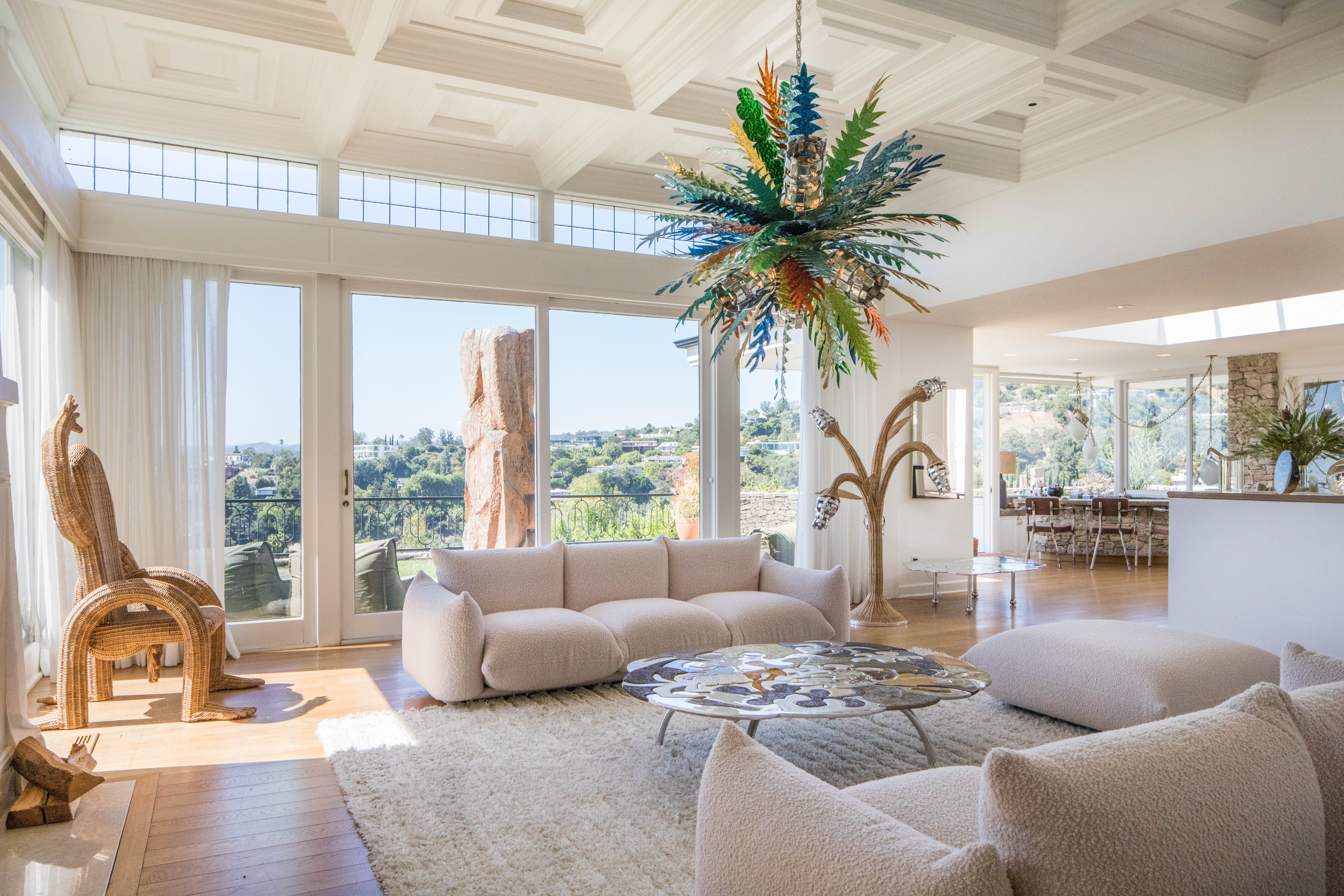 The night’s sold-out charity fundraiser has attracted leading industry figures, as well as some boldfaced Hollywood names. A sharply dressed crowd congregates around the groovy sunken bar and the seductively illuminated pool. A view of the glittering Los Angeles basin stretches out to the Pacific like a sparkly carpet. 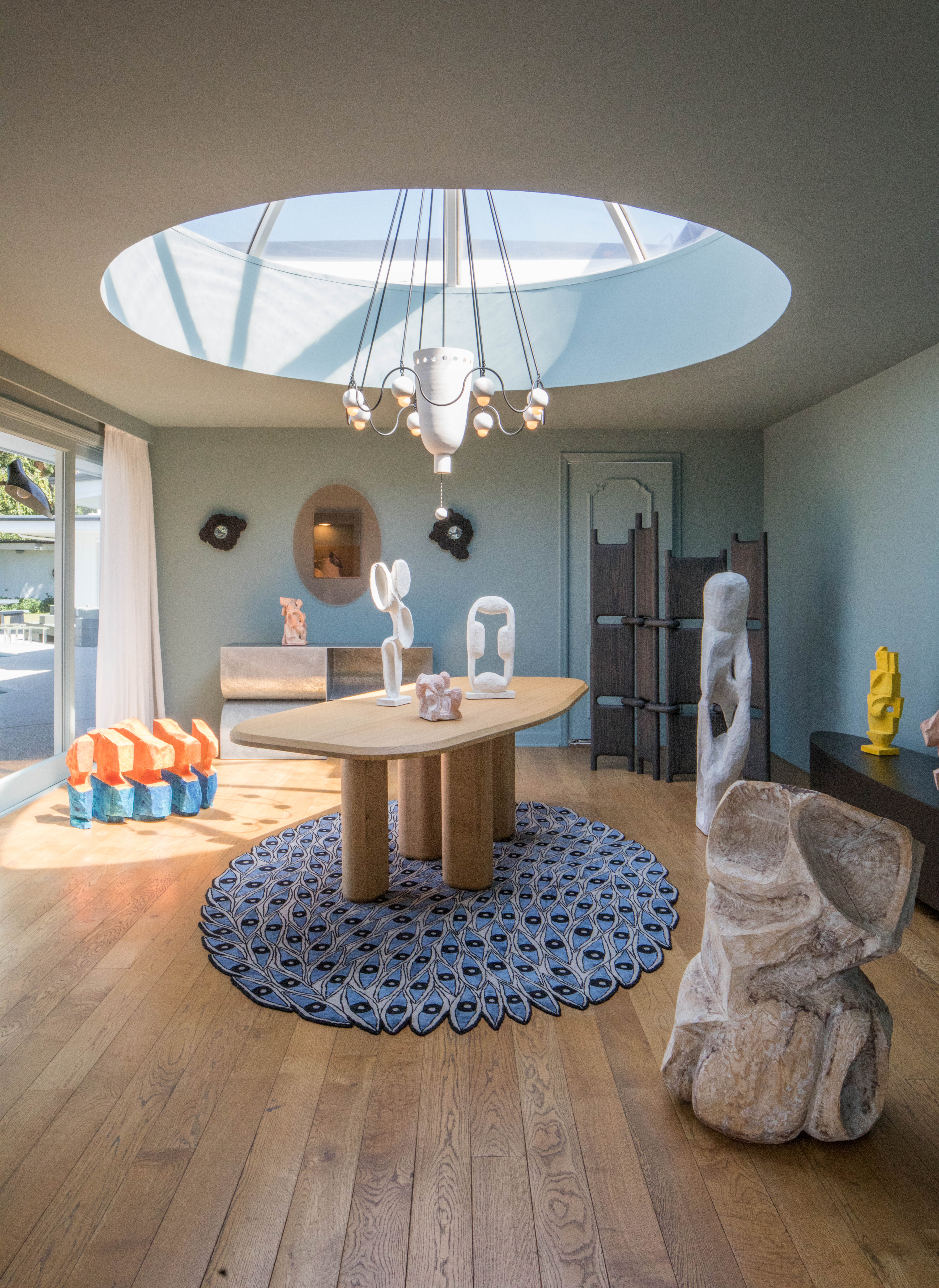 LA is associated with innovative free thinkers — from prolific designers Ray and Charles Eames to architects Richard Neutra and Rudolph Schindler, and an endless stream of artists and dreamers. Its status as a major market for high-end interior design is well-established, with the warren of showrooms at famed architect César Pelli’s hulking Pacific Design Center catering to the sumptuous estates of the rich and/or famous.

But even this longstanding industry is making fresh and exciting connections, thanks in part to spaces such as Casa Perfect and other brick-and-mortar businesses across the city, from Stahl + Band in Venice to Hammer and Spear in Downtown LA. These ventures are increasingly blurring the lines between design and art, and craft and art. In addition, breakout native Angeleno designers and artists like the Haas Brothers and David Wiseman continue to navigate these tensions as their work fetches higher prices among collectors.

Despite the impact of luxury online sellers, most notably 1stdibs, a generation of galleries is connecting designers to an eager, growing audience that previously might have travelled outside of Southern California for a taste of cross-pollination between design industries. 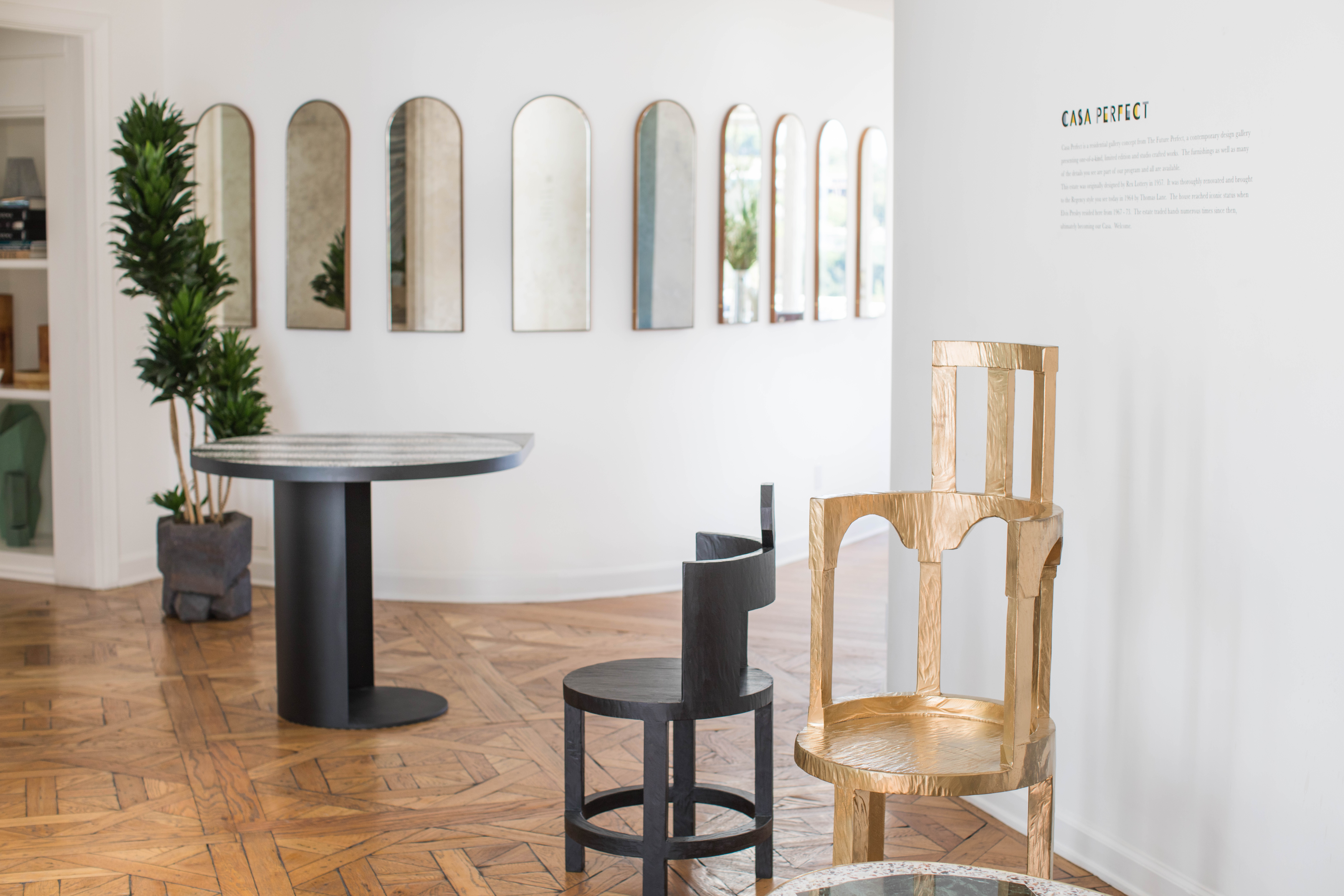 “With the internet and people being bicoastal, it’s not like it used to be in the ’60s and ’70s,” says Stefan Lawrence of Twentieth gallery on Beverly Boulevard. “It’s becoming blended, like fashion.” These are some of the boundary-pushing ventures leading the way across the city.

“I tested the waters for 10 years,” designer and gallerist Ralph Pucci recalls about his stint at the Pacific Design Center. “I felt we had an audience, and I was proven right.” So, to further commit to LA, Pucci purchased a building in a neighbourhood in south Hollywood associated more with the unglamorous physical mechanics of film production (think: bunker-like Technicolor and Kodak offices, nondescript photography studios and post-production houses) than pioneering advances in design. The reimagined glass-doored warehouse that opened in early 2017 embellished with a striking mural by David Storey contains a bold, modern interior, which might boast the likes of coveted A-list designers like India Mahdavi and Michael Anastassiades. 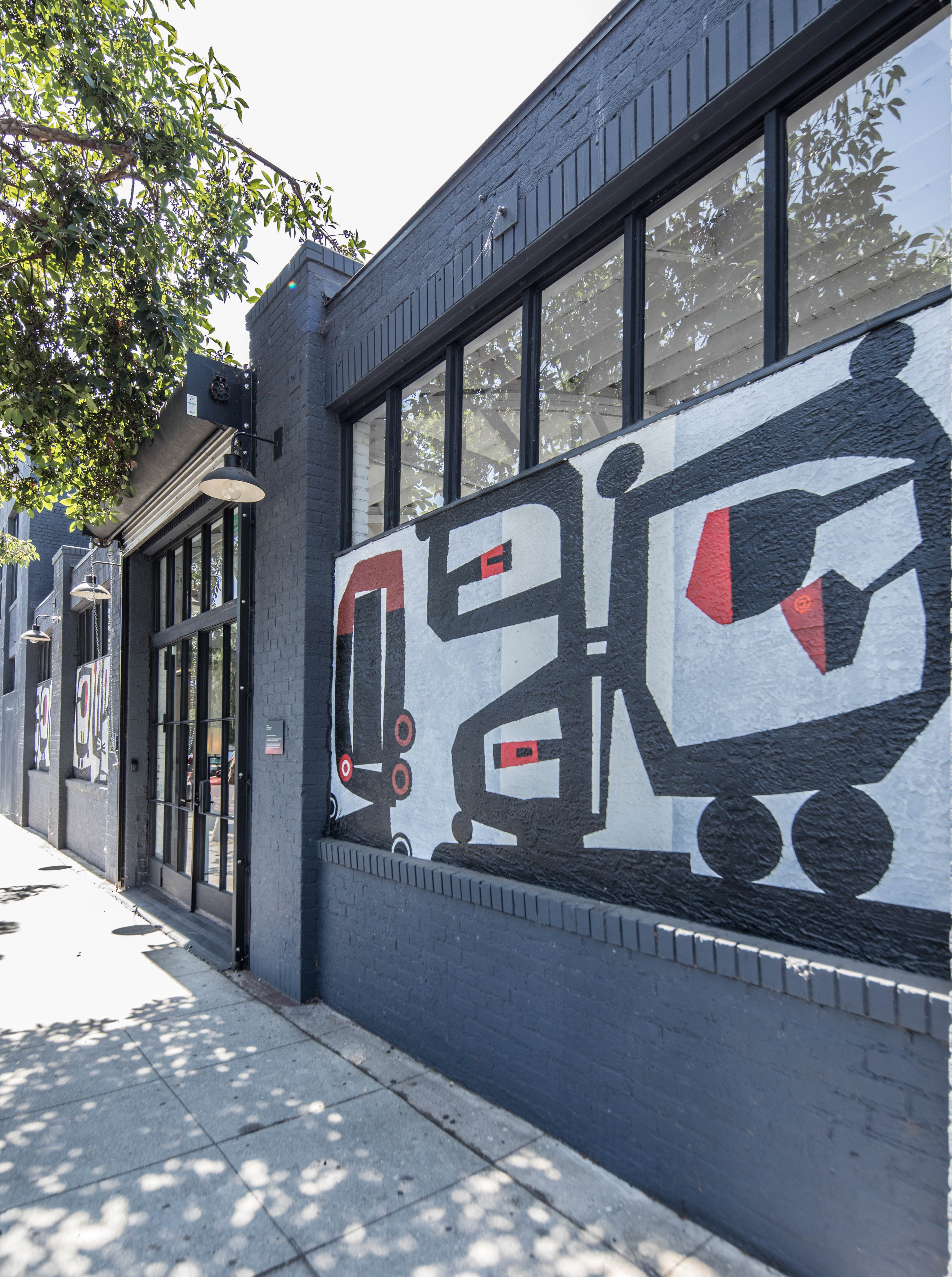 In fact, amid an otherwise unremarkable vernacular streetscape, this particular corner of Hollywood has become an unofficial emerging design and arts district. Back in 2012, Regen Projects helped catalyse this community transition when it tapped LA architect Michael Maltzan to design its Santa Monica Boulevard gallery, and has amassed a roster of contemporary figures including Anish Kapoor, Glenn Ligon, Catherine Opie and others who are collected by major museums worldwide. The area is also home to Apparatus Studio, where the New York Cityfounded company’s handcrafted lighting and furnishings evoke an immersive surrealist atmosphere inspired by Giorgio de Chirico’s paintings. One block away, JF Chen and Blackman Cruz remain go-tos for rare vintage finds, some new gems and their owners’ exhaustive design knowledge. Maria Cicione’s Graye headed east from Robertson Boulevard to Sycamore Avenue this year, too. 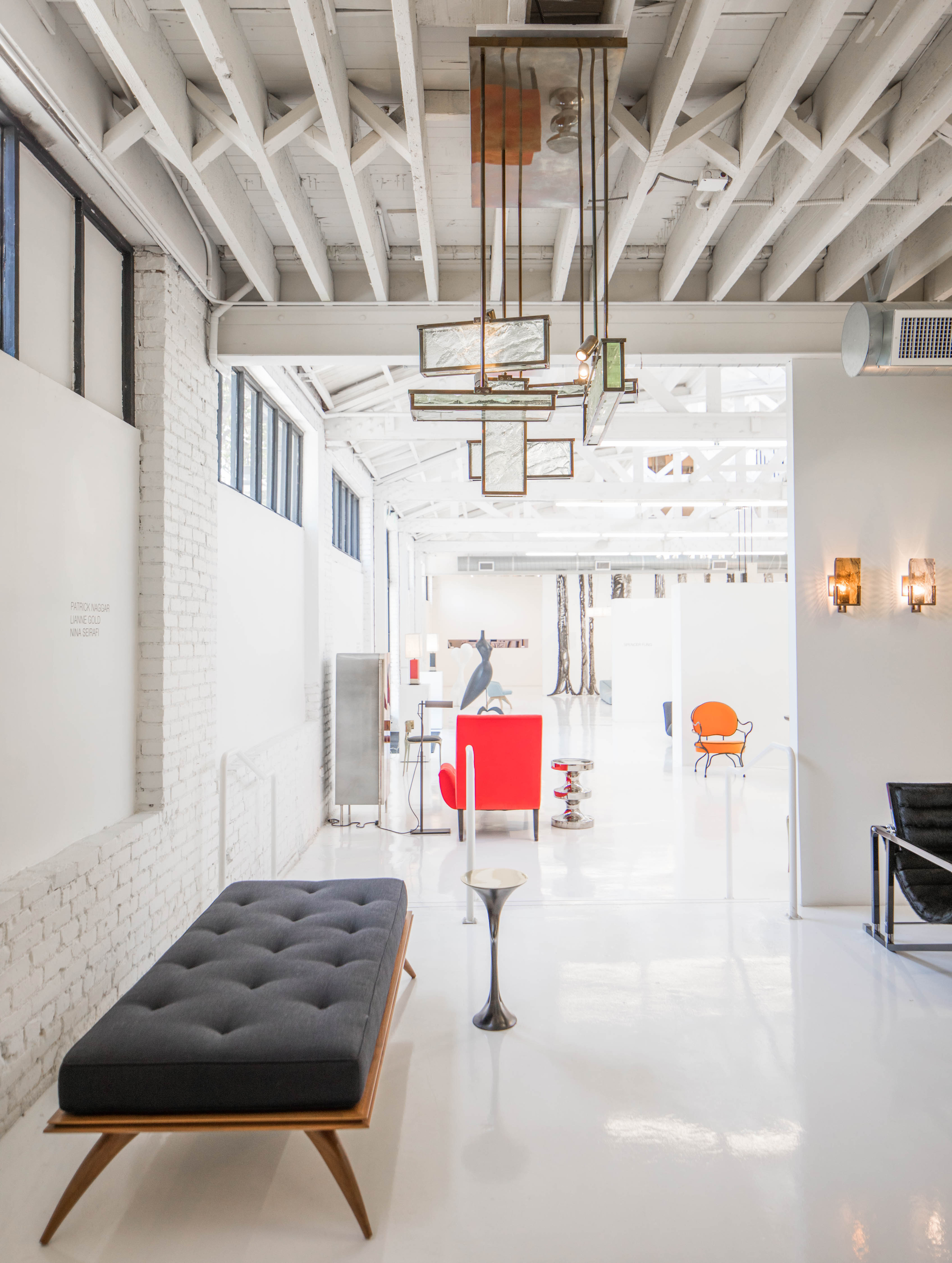 Even with all of this artistic star power situated a stone’s throw from Target, the neighbourhood hasn’t strayed too far from its unpolished past and technical trades that maintain roots in the city’s signature industry. “I like that it’s still funky. I don’t want it to get too slick,” Pucci adds.

Stefan Lawrence has been on Beverly Boulevard in the Fairfax area since 1999 when he opened Twentieth, a gallery focused on furniture and lighting. Needless to say, the scene was very different when he first got to California back in the day. 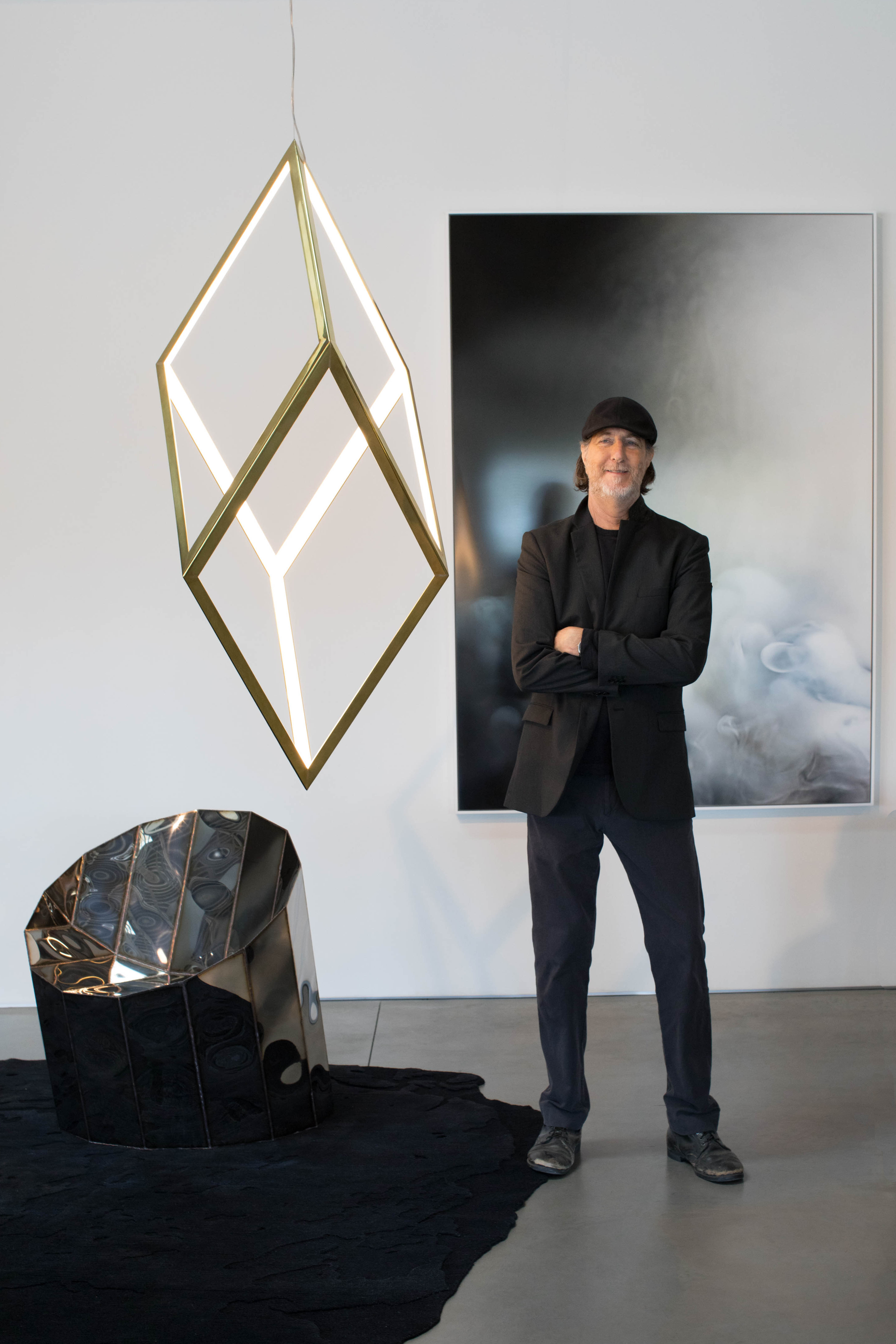 “Having come from New York, I thought that things could be a little more sophisticated,” Lawrence says. He remembers his own coming-of-age steeped in major cultural institutions at a time when New York’s seminal consumer-facing design store Moss metaphorically “was on fire”. In the two decades since, Twentieth has both witnessed and been part of a major SoCal evolution.

In 2014, the gallery moved to a corner retail space a few blocks east, and two years after that, Lawrence began curating The New next door, promoting the intersection of art and design, and filling an inventive niche that he feels has been missing in the city until recently. “I think it’s only going to intensify as time goes on,” he predicts.

This past summer, The New hosted an installation of highly unconventional rugs designed by leading contemporary artists and creatives such as Helmut Lang, Jwan Yosef and Lawrence Weiner, made in collaboration with Henzel Studio from Sweden. Lang, who retired from high fashion to focus on abstract art, based his ink blot-like design on a sculpture. Yosef’s piece was an interpretation of masking- tape strips blown up to a large scale, and rendered in hand-tufted, luxurious wool by skilled artisans in Nepal. The exhibition was an example of how Lawrence, as dealer and designer, is interested in “things that are both art and design, or neither”, as he says with a laugh. More broadly, the show is a reminder that this kind of design is meant to be experienced in three dimensions, by the maker as well as the end-user.

“The cross-pollination of disciplines is going to be the future. It’s not ‘stay in your lane’ anymore,” Paul Davidge says. The London native’s Los Angeles design gallery, Not So General, embodies this approach. And like many of its boundary- pushing peers, Not So General hides in plain sight inside a raw bow-and-truss style warehouse in LA’s West Adams neighbourhood, some 10 kilometres west of downtown. 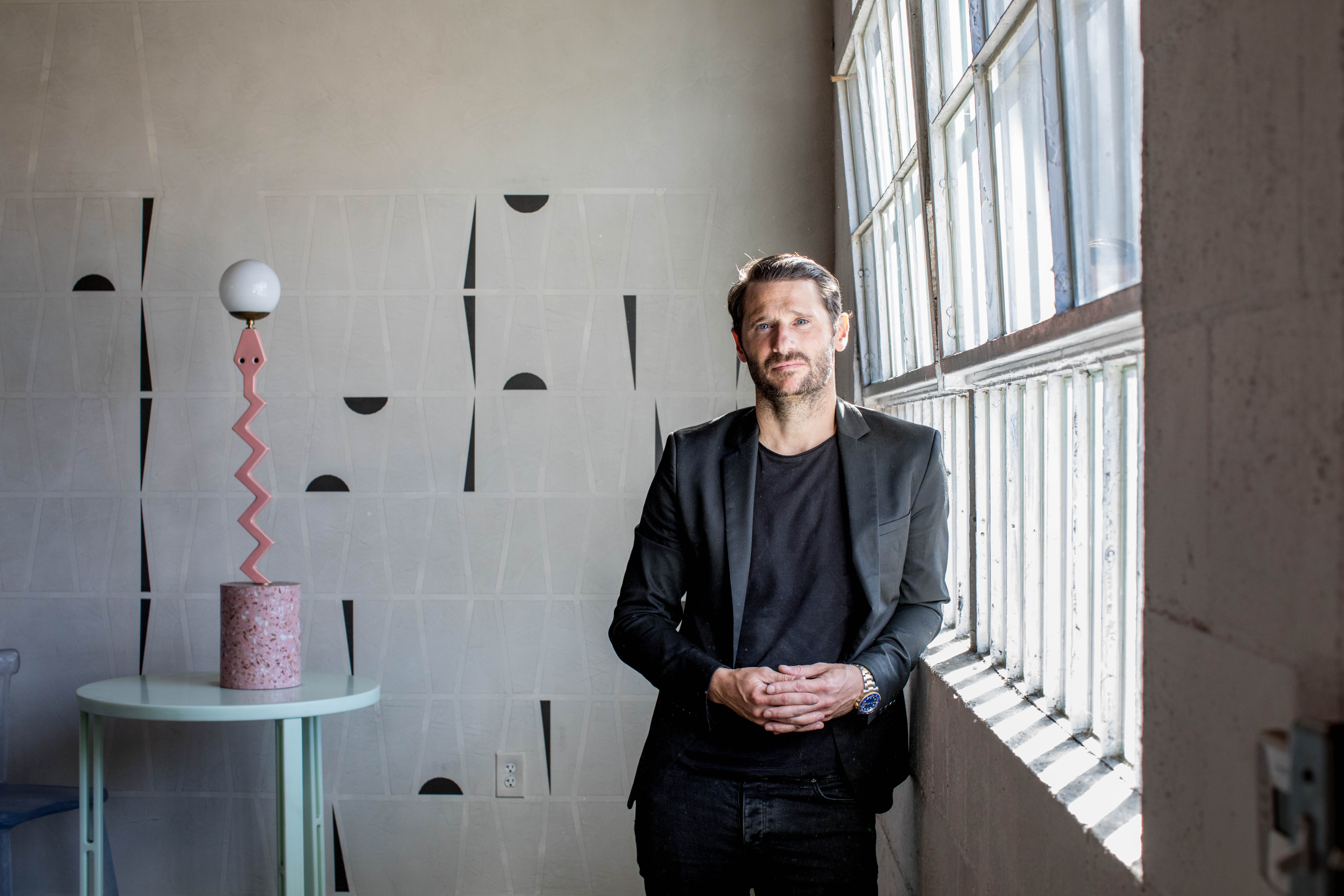 Because “contemporary designers in LA need more spaces to show their work”, Davidge has reoriented Not So General’s goals over the past several years. He initially sought to import designers that weren’t previously represented in the city, but now he pursues more homegrown talent as a conscious effort “to support LA”.

Though Davidge plans to close the West Adams space soon and transition into a hybrid online-physical model, the genre-bending – both in the work and how it’s shown – will continue to evolve.

Scott Jarrell and Kristan Cunningham’s beloved Hammer and Spear is a poster child for the rise of art-meets-interior design in LA. The couple started out in 2013 with a small, impeccably curated vintage décor store in the then-upand- coming Downtown LA. It had a tucked-away entrance and relied on word-of-mouth to get going. In 2015, in parallel to the rise of Downtown LA and the Arts District, as well as its own growing renown, Hammer and Spear quadrupled in size, moving into a heritage brick building.

Most recently, last year, Jarrell and Cunningham opened a satellite showroom on La Cienega in the heart of design-centric West Hollywood. The husband-and-wife team currently run a thriving full-service interior design studio from their 460m2 home base in the redhot Arts District, and the retail/showroom elements allow them to further highlight craftspeople and designers to a growing customer base.

“It’s so easy to get lost in a sea of possibilities when going down the 1stdibs or Pinterest rabbit holes,” Cunningham says. “So, a meaningful retail or gallery experience where one can touch and discuss will always be more effective in helping a designer or end-user feel that sense of discovery and connection,” she adds.