Shanghai chefs have long preferred imported produce to local fare. But Crystal Reid discovers that the tide may be turning, as discerning foodies are increasingly keen to dig into homegrown ingredients 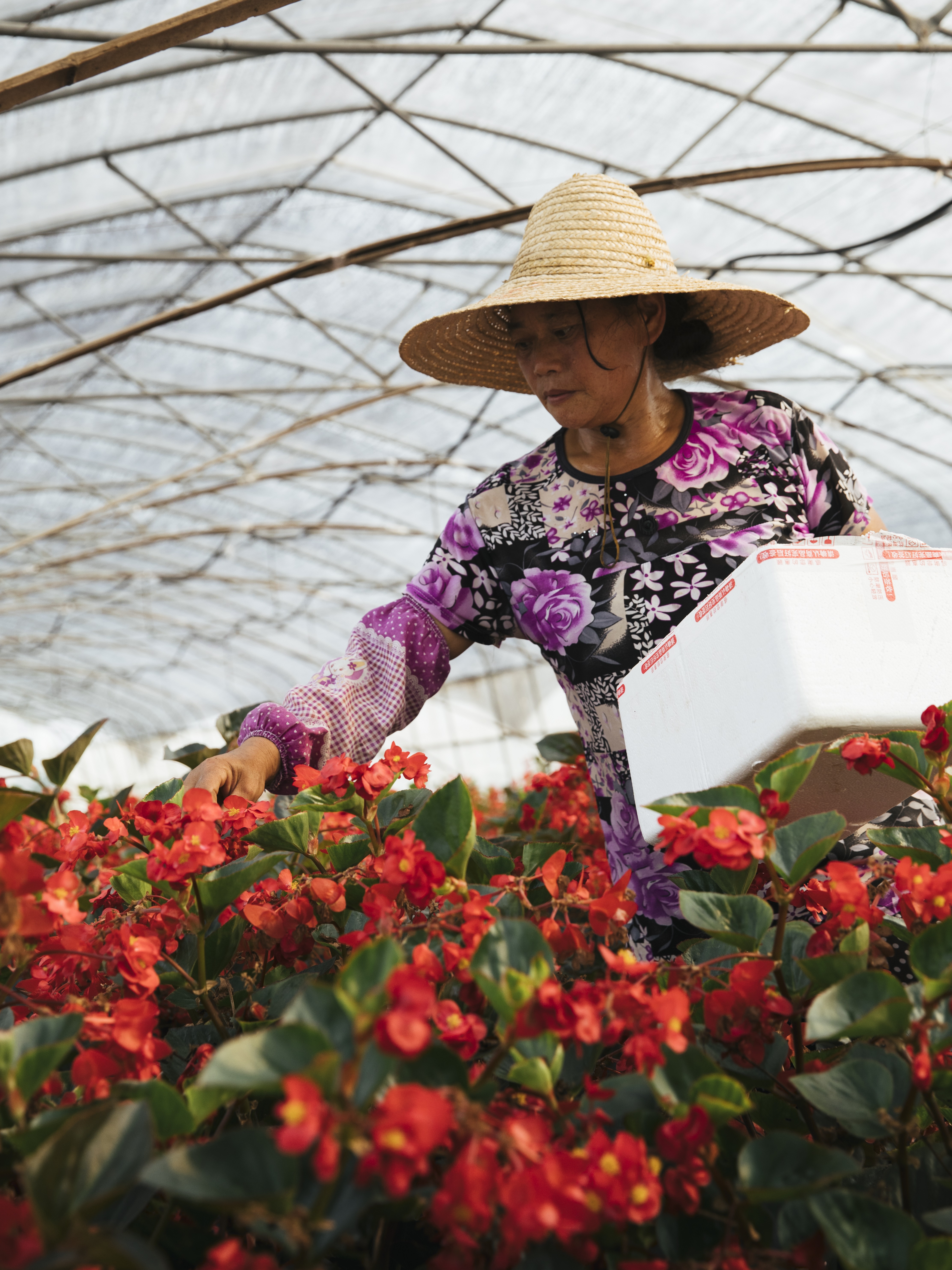 Shaded from the sun by a con­ical straw hat, Zhang Guiqing wrestles a corn cob from its stalk, peeling back the parched husk and hair-like silk to reveal the tightly packed golden kernels within. Straddling a furrow, and with sweat glis­tening on her brow, the farmer cranes her head upwards; the plants that surround her are several feet taller than her petite frame. Known as yu mi in Chinese, corn is the gem of the 62-year-old’s summer harvest. It’s sweet, juicy and, most impor­tantly, homegrown. 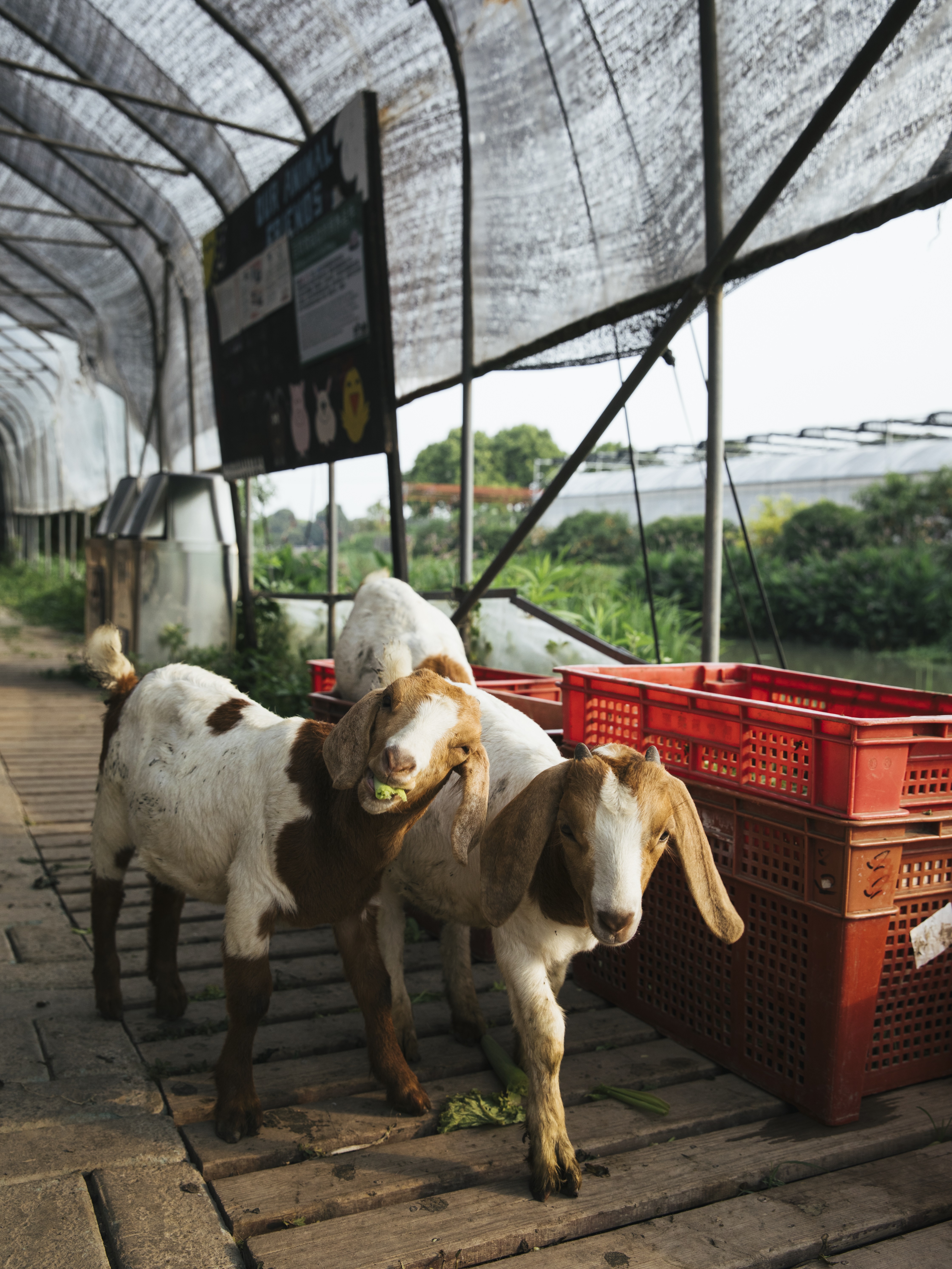 Not far from where Zhang tends to her crop, visitors duck in and out of steamy polythene-walled growing tunnels, emerging with big grins and baskets laden with mini cucumbers, fragrant figs and deep purple aubergines. Along the criss-cross pathways between growing troughs, little boys hunt for tian niu, horned bee­tles hungry for vegetables. Those they find are gently buried – unharmed but rerouted away from the summer season’s bounty of luffa and courgette. This oasis of slowly flowing waterways, greedy goats and thriving plant life is BioFarm, a 20ha, USDA-accredited organic farm close to the shores of the East China Sea in Shanghai’s Pudong district. And it’s doing more than just making visitors happy. The produce harvested here is ending up in supermarkets and the kitchens of many of the city’s restaurants, bucking a deeply entrenched preference for imported food. 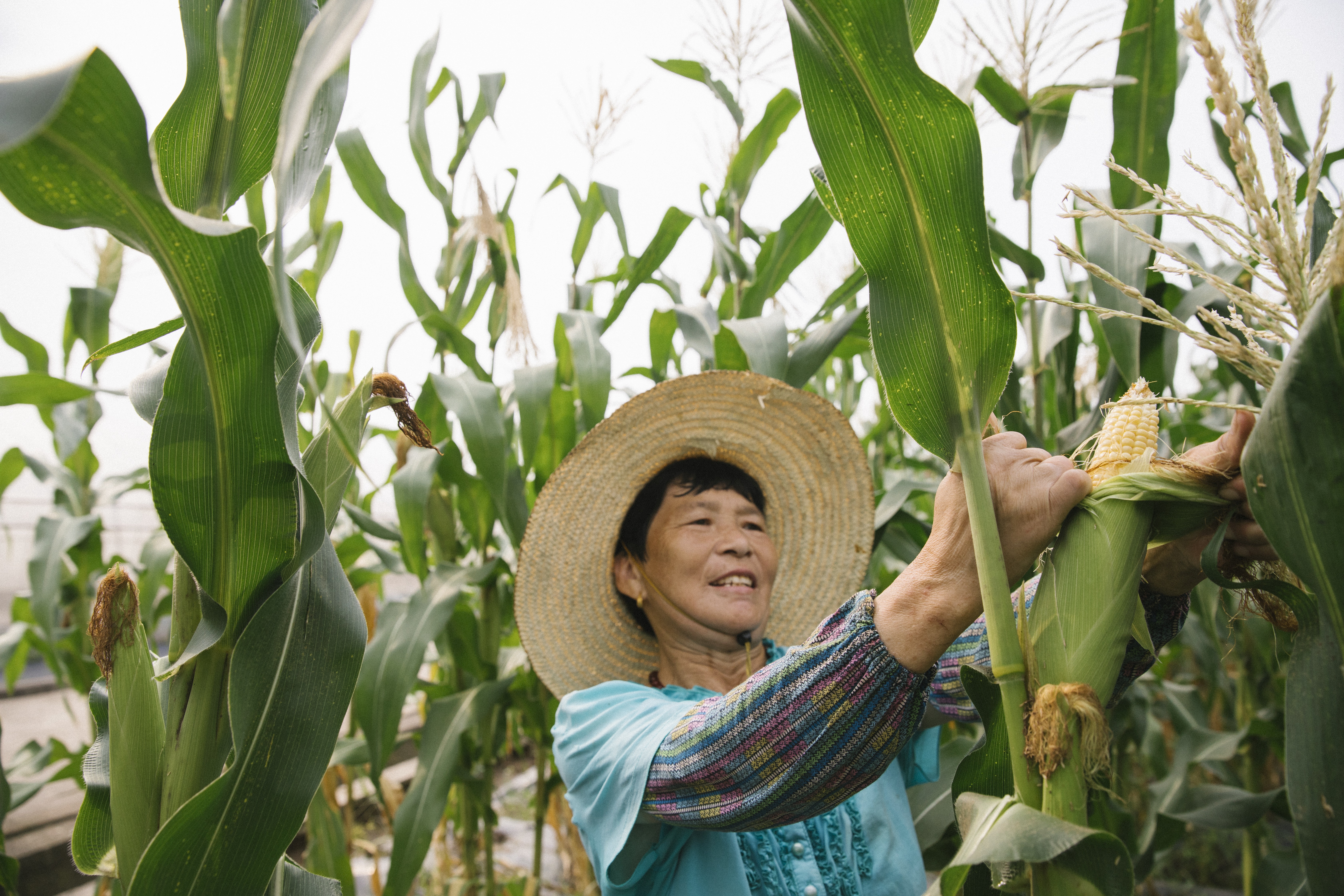 Although China is the world’s top food producer, foreign produce has long been viewed as the ultimate luxury. China’s appetite for imports has been growing steadily along with the country’s standard of living, with 2017 seeing a 25% year-on-year increase in food brought in from abroad, amounting to more than US$58 billion. That makes China the world’s big­gest food importer, with the European Union as its main supplier. But as the Middle Kingdom becomes more environ­mentally conscious, the worldwide trend of locally sourced, sustainable eating is beginning to take root in the country’s most cosmopolitan cities. It’s only natural, then, that Shanghai is at the forefront of this movement. 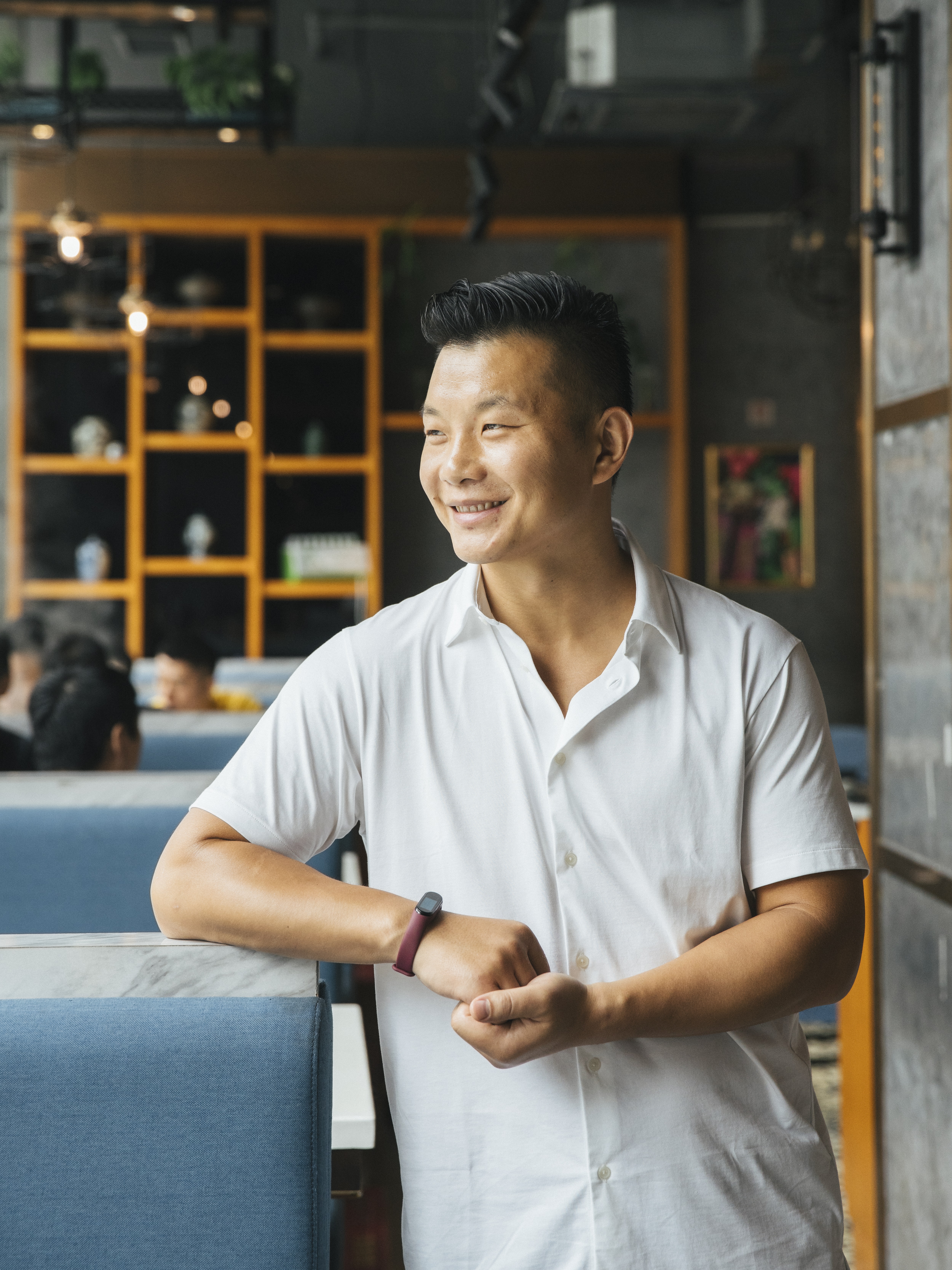 On the third floor of a mall complex in the downtown Channing area, Anthony Zhao proudly displays his star attrac­tion: heavily marbled meat hanging in a walled-off section of his restaurant. It consists of various cuts of yellow cattle beef, a variety native to China, Vietnam, Myanmar and Taiwan. These particu­lar cows were raised in Dalian, a port city on the Liaodong Peninsula in China’s northeastern region, and slaughtered in Jiashan, a county just over an hour south­west of Shanghai. Thanks to these provid­ers, Zhao’s celebrated “healthy hot pot” restaurant, Holy Cow, can boast about its fresh, locally farmed, sliced-in-house meat when the majority of competitors use frozen, machine-cut, imported stuff.

“When you freeze and then defrost meat, the liquid inside changes, and it’s tough and dry when cooked,” says Zhao, who earned his stripes cooking in some of the city’s most prestigious kitchens, including the Ritz-Carlton and Renaissance hotels. “For me, the beef has to be very fresh, and that’s impossible if it’s imported.”

The difference made by using locally farmed meat has not gone unappreciated. Everyone from middle-aged men in dusty overalls, to mothers with bespectacled tweens, to tattooed young men glued to their phones crowd around Holy Cow’s sunken table-top hotplates, dipping meat and veggies through billowing clouds of steam into the restaurant’s signature beef spine soup. The clear consommé, a speciality of China’s southeastern city of Chaozhou, is cooked for four hours with nothing but local herbs and veggies, making it vastly different from the heavily spiced and oily offerings of Sichuan, the southwestern Chinese province most synonymous with hot pot. “It’s just a clean broth with fresh beef and fresh vegetables,” explains Zhao as he mixes up a dipping sauce of fermented bean paste, chilli, garlic, vinegar and sesame seeds. “To me, hot pot should always be about quality ingredients.” 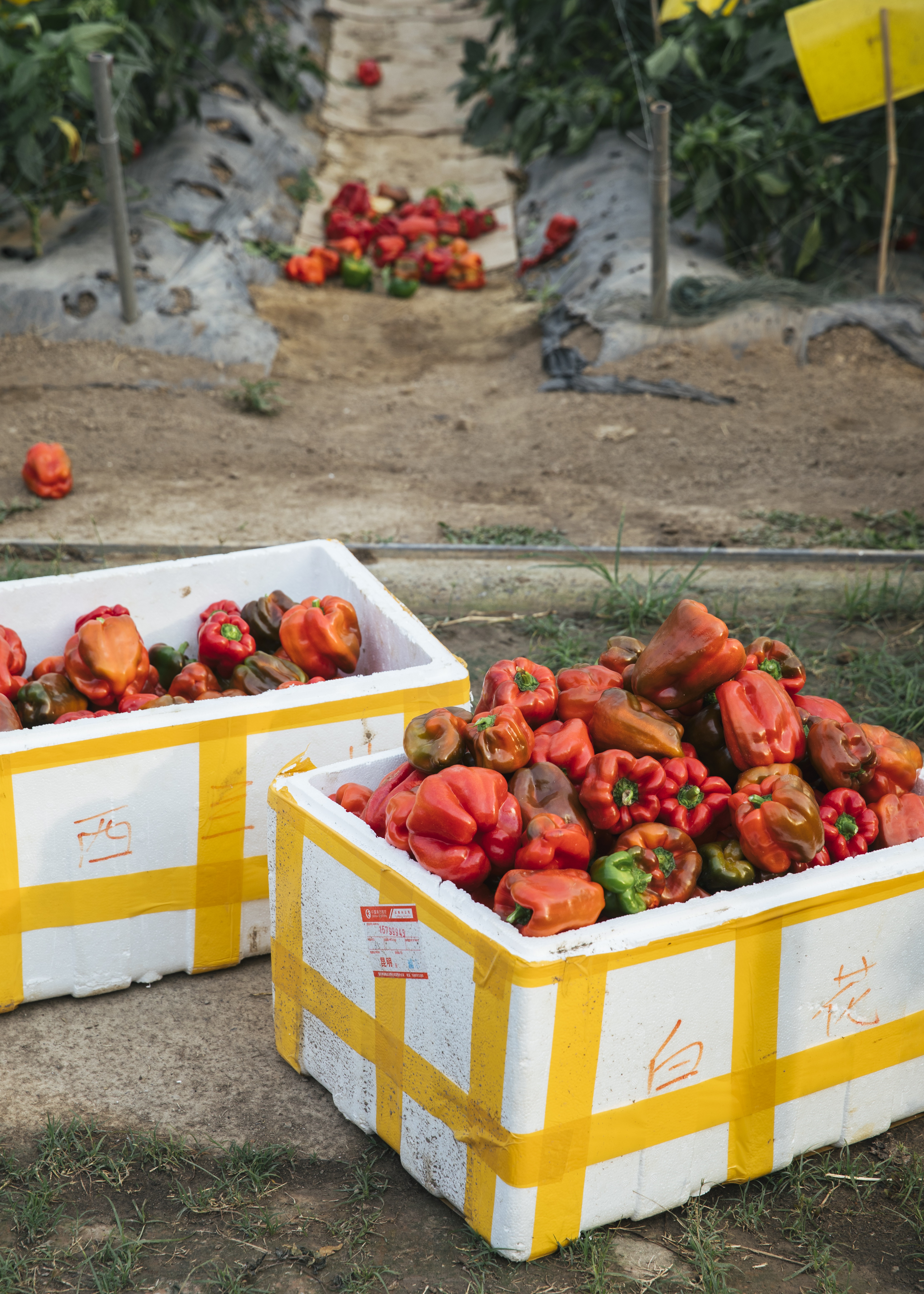 Lauded restaurants throughout the city – from hot pot to haute cuisine – are warming up to local ingredients. Public relations and branding specialist for the food-and-beverage industry, and founder of the popular Nomfluence blog, Rachel Gouk says she’s seen a slow but steady movement towards domestic produce. As an example, she cites chef Tony Lu of Fu He Hui, the Michelin-starred, tasting-menu-only vegetarian restaurant in the city’s Changning district. Lu makes exten­sive use of Chinese vegetables, particu­larly meaty mushrooms from the coun­try’s southern Yunnan province. It’s a bold formula, but a successful one, earning Fu He Hui a consistent spot on the Asia’s 50 Best Restaurants list. 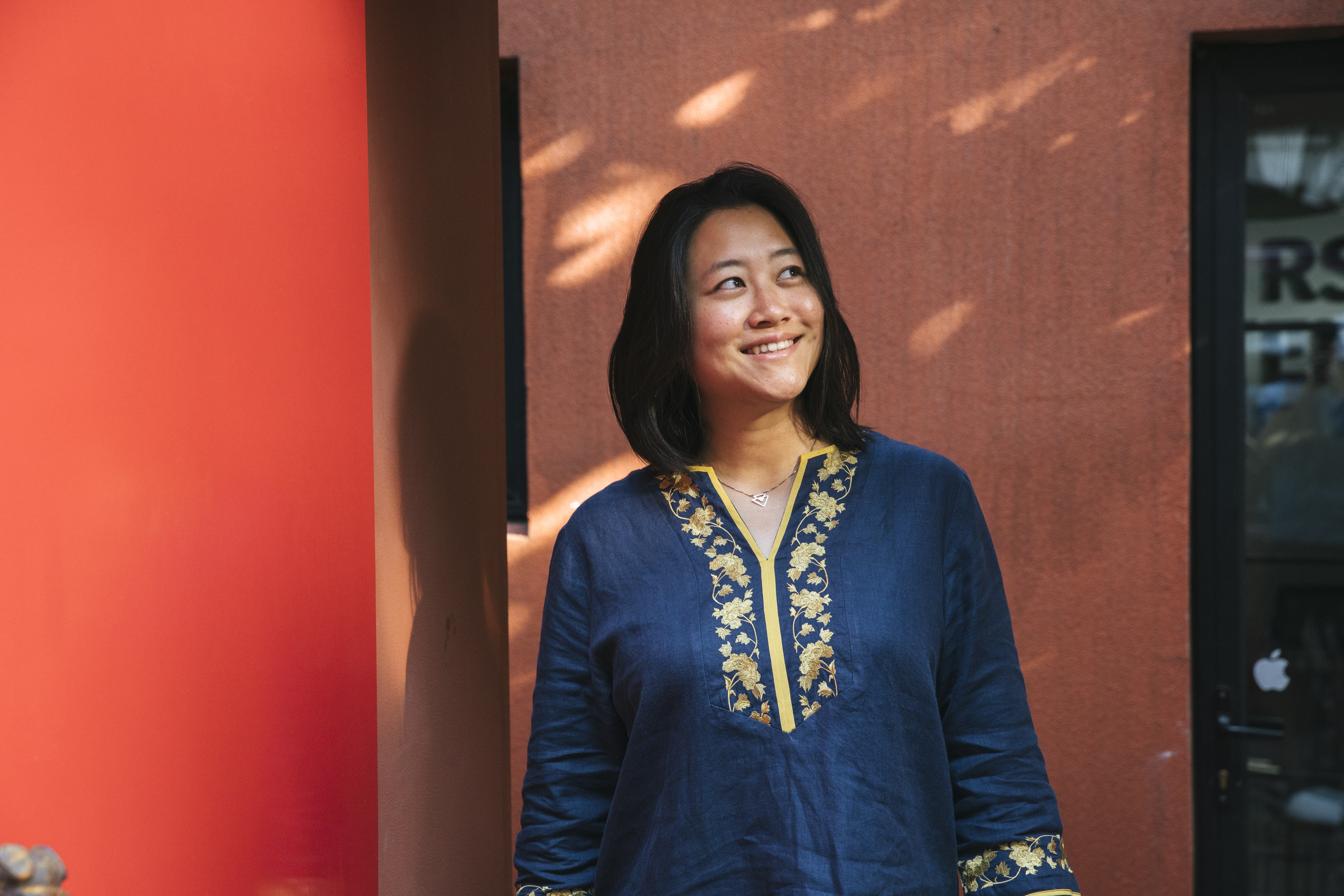 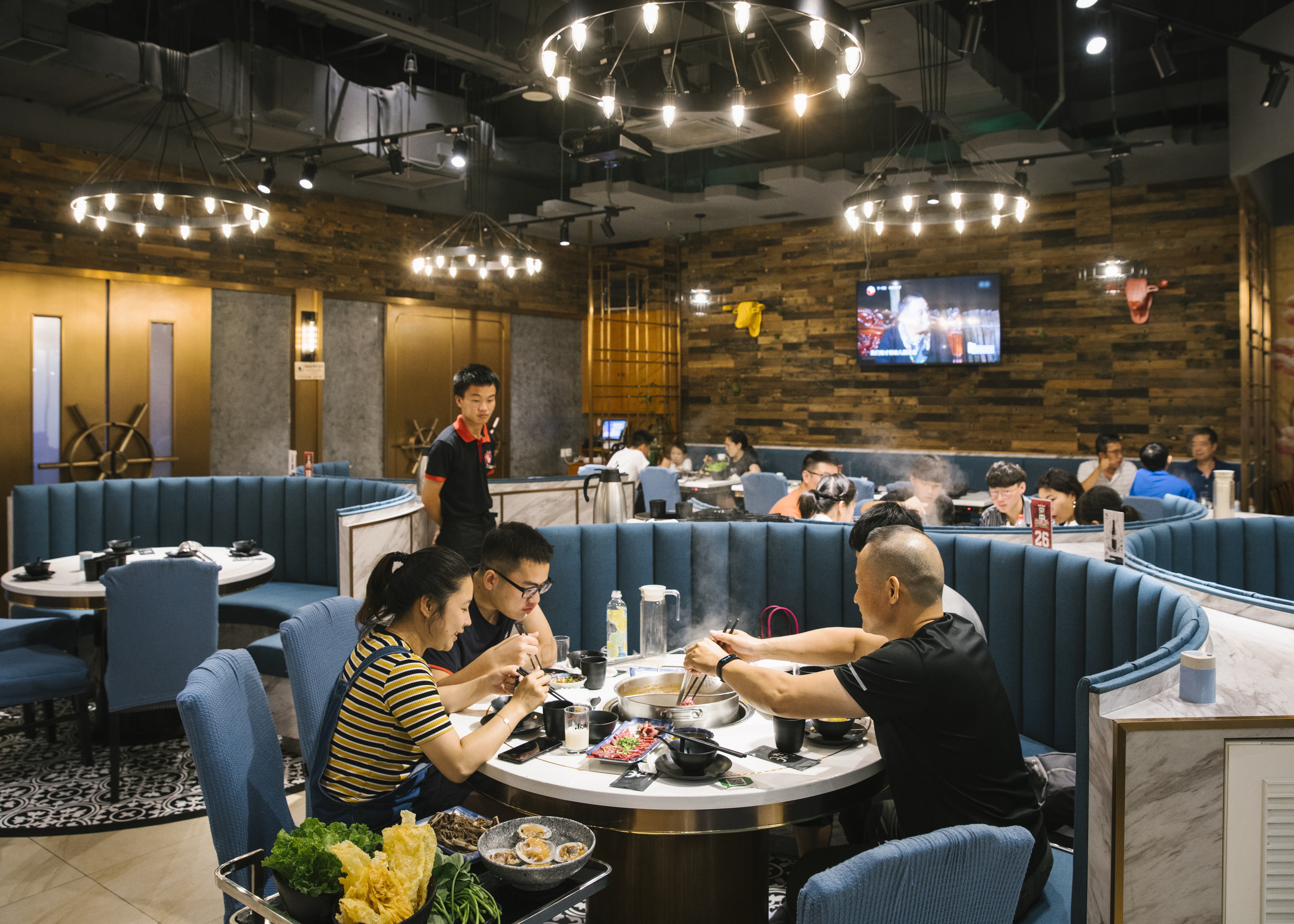 “There’s now a good number of farms, chefs and suppliers who are really focus­ing on providing good local products with sustainability in mind,” Gouk says. “These people are helping build the foundation for the next wave of food sustainabil­ity and product-conscious consumers in China.” The Shanghai-based Malaysian does all her shopping at local markets and happily extols the virtues of Chinese pork, beef and vegetables. “My local market is great,” she beams. “By sourcing locally, you’re empowering the industry, reduc­ing a lot of unnecessary waste. And the produce is fresher, too. There’s so much quality and diversity – I see things I’ve never come across before.”

Peking Inn, a dragon-adorned restaurant and bar on the edge of the French Concession, serves indigenous ingredients that even many Chinese urbanites have never before experienced.

The menu is dominated by Beijing-style chunbing, crispy crêpes elevated by a wide array of Chinasourced toppings, including shredded pork with sweet bean sauce and sautéed celery with smoked tofu. But it’s the signature cocktail list that really wows patrons. Whimsically-named offerings highlight obscure Chinese spirits, reimagined through the ingredients and customs of the communities they hail from. There’s the Hong Kong King Kong, whose Hong-Kong Baijiu spirit base is infused with black and white pepper in a nod to the East-meets-West identity of its namesake city. There’s the Desert Storm, made with yeasty qingkejiu (highland barley wine) from China’s arid northwestern region and garnished with a slice of dehydrated pineapple and popping candy “sand”. The Suzhou Impression is an off-the-wall concoction of Suzhou Bridge sweet Osmanthus liqueur from the city just west of Shanghai and a chilled green bean cake, traditionally eaten by locals as an after-dinner treat.

The man behind this unique drink list is Chris Xi, an adventurous mixologist who’s had a hand in some of Shanghai’s most beloved cocktail bars. “I’ve travelled all over the country and done a lot of research and experiments with Chinese spirits,” says Xi, a picture of sophisticated cool with his jaw-length hair, goatee and well-worn brogues. “A lot of people are doing baijiu cocktails now, because it’s started to become known in the West, but I wanted to reflect a wider range of Chinese culture and ingredients. And just have some fun.”

Fly to Shanghai with Hong Kong Airlines and taste all kinds of homegrown ingredients! Click here