Concocted in California in the 1930s, tiki cocktail culture went from flash to naff to nearly forgotten by much of America. Sarah Feldberg finds out why some of San Francisco’s most innovative bar owners have brought back this colourful mix of campy décor and sweet-but-deadly drinks

There’s a portal in the heart of San Francisco. On one side of the unmarked wall of black glass, you’re in trendy Hayes Valley, steps away from the 104-year-old Beaux Arts City Hall and next door to a dry-cleaning shop. On the other side, you’re in a dim cave on a faraway island, a bootlegger’s hideout, its depths filled with barrels of contraband liquor. Surrounded by exposed wood beams, rock walls and an odd cannon, you can almost hear the churn of the sea. Then the bartender asks what you’d like to drink. 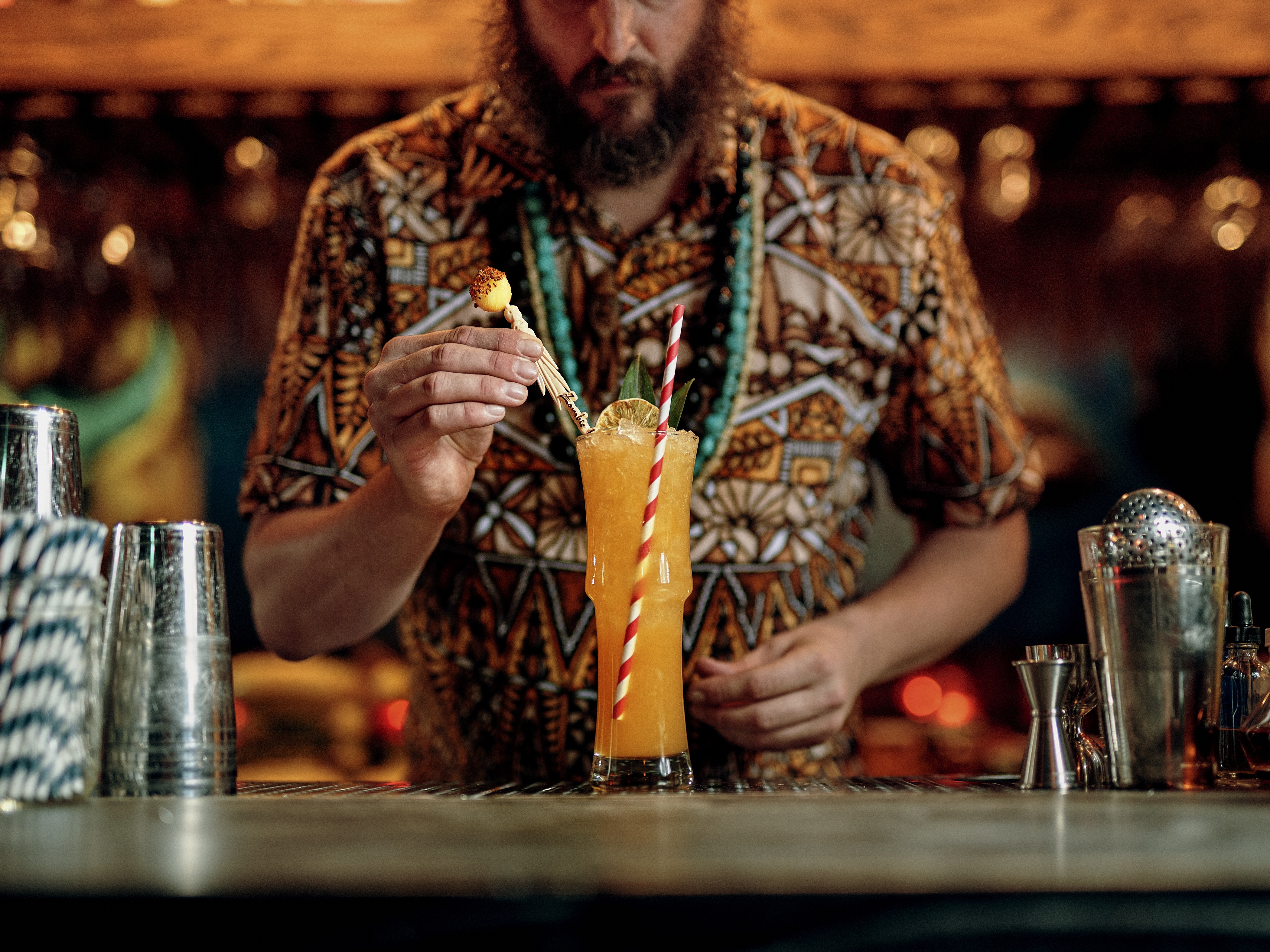 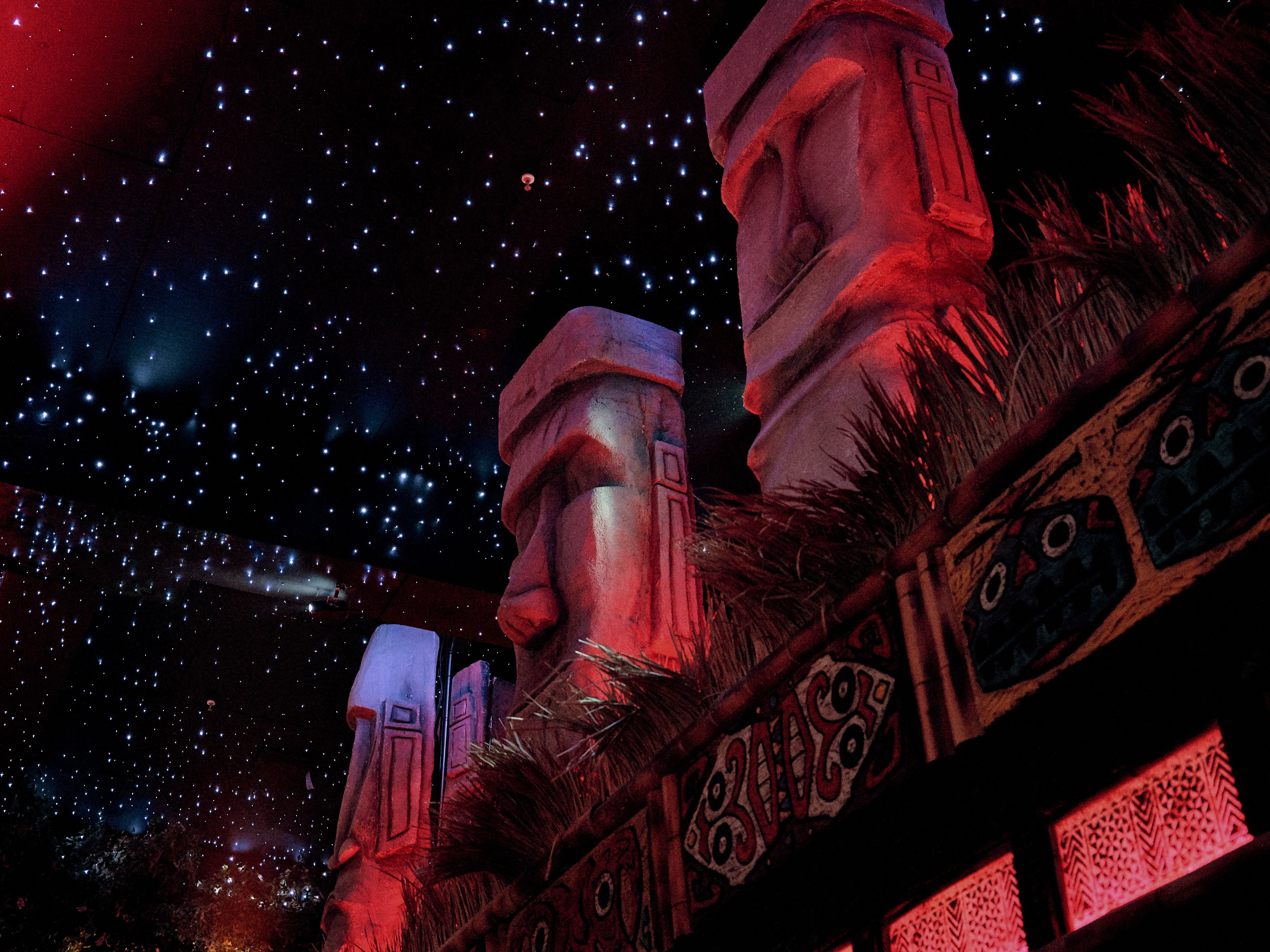 This is Smuggler’s Cove, an award-winning, 10-year-old tiki bar that serves more than 550 rums and has made the World’s 50 Best Bars list six times. It might be the most lauded, but it’s far from the only tiki tavern in town. If you know where to look, you can find yourself sipping Mai Tais and Zombies on a starlit archipelago, deep in a sweltering jungle or in the middle of a tropical sea aboard the SS Forester, all without leaving a metropolis known for chilly summers and thick fog. Building on the success of Smuggler’s Cove and veteran venues like Tonga Room and Trad’r Sam, a new wave of tiki bars and lounges has been sweeping over the Bay Area for the last five years.

With immersive décor and complex tropical drinks, they pay homage to tiki’s golden era, offering an escape from everyday routines and livening up a cocktail scene that sometimes takes itself a little too seriously. 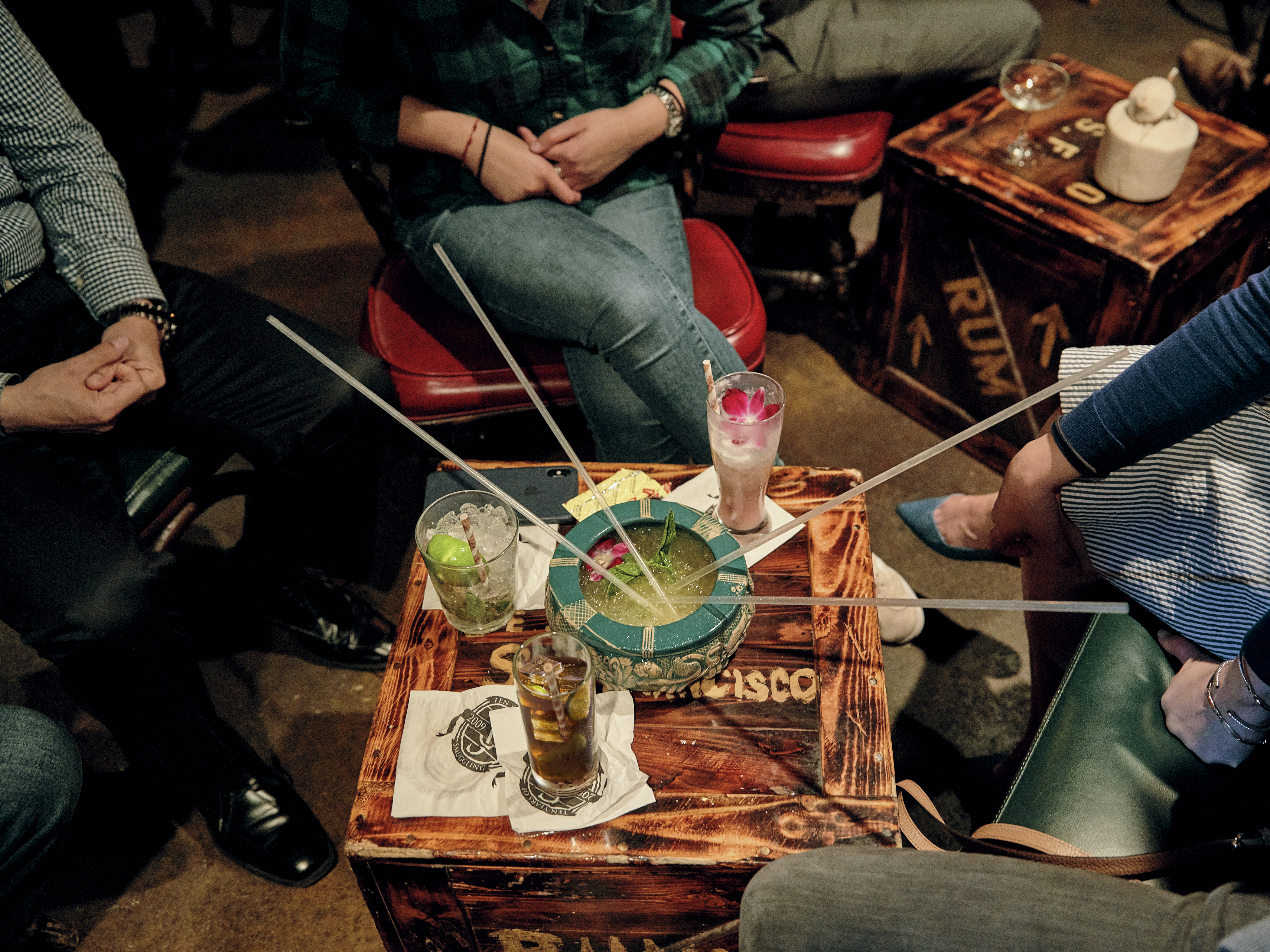 Tiki culture was created in California 86 years ago, birthed in Los Angeles by a bootlegger and collector fond of recounting tales about travelling the Pacific. Ernest Gantt named his Hollywood bar Don’s Beachcomber Cafe, and not long after rechristened himself Donn Beach. A driftwood sign marked the front entrance, and beyond the bamboo gate, he decorated the modest watering hole with round glass ornaments used by fishermen to keep nets afloat, carved wooden masks, bamboo chairs and a hodgepodge of Polynesian tchotchkes. Martin Cate, owner of Smuggler’s Cove, describes the aesthetic as “authentically inauthentic”, an American invention collaged from Donn’s travels. 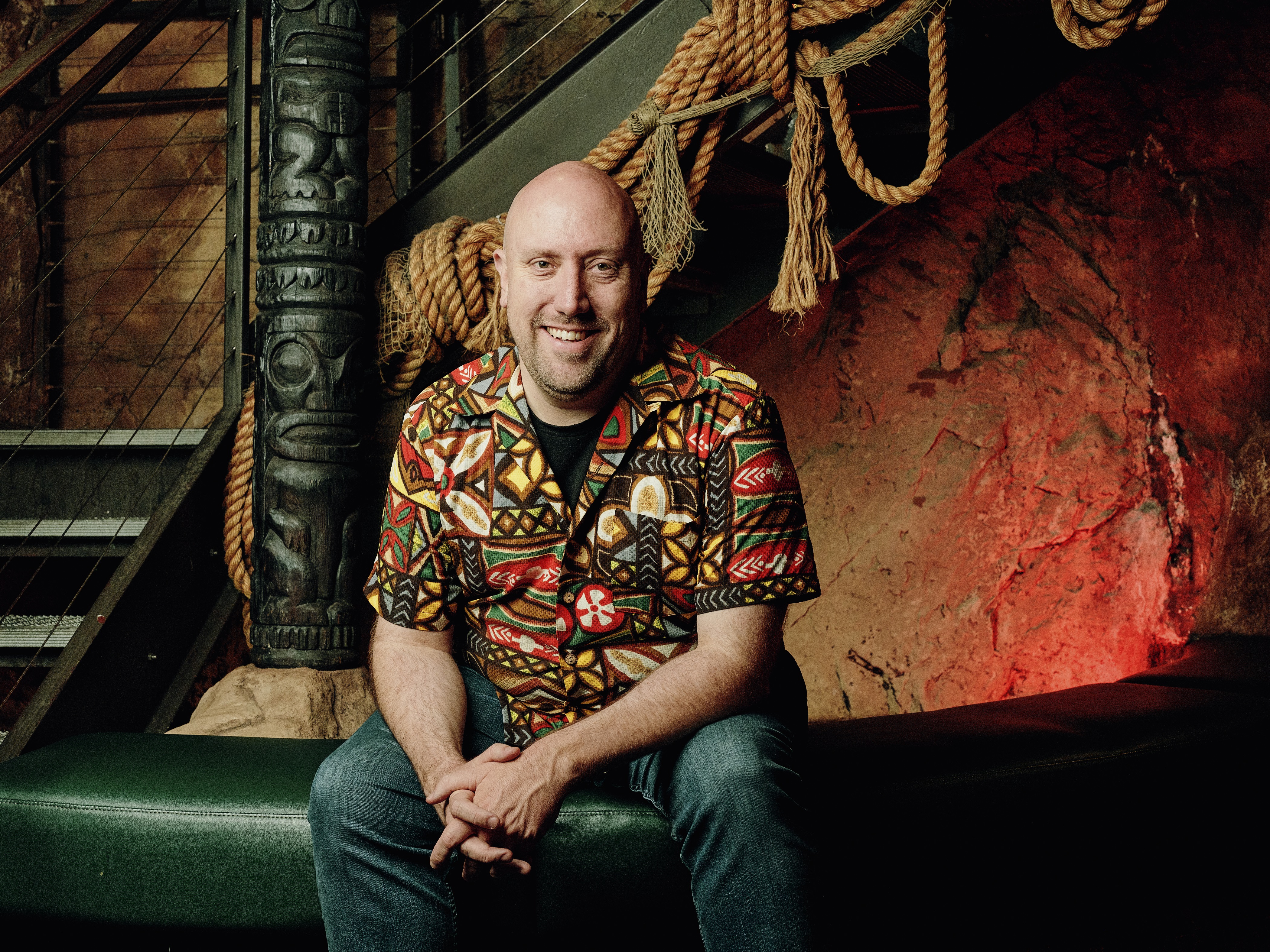 It was “one man’s vision of an island rum shack, from an island located somewhere between his left and right ears”, Cate writes in his James Beard Award-winning book, Smuggler’s Cove. Inside the cramped space, the smell of stir fry wafted from a single hot plate, and customers drank evocatively named cocktails like the Cobra’s Fang and Vicious Virgin precisely mixed with spices, juices and secret ingredients in numbered squeeze bottles according to formulas so closely guarded even the bartenders didn’t know the details. 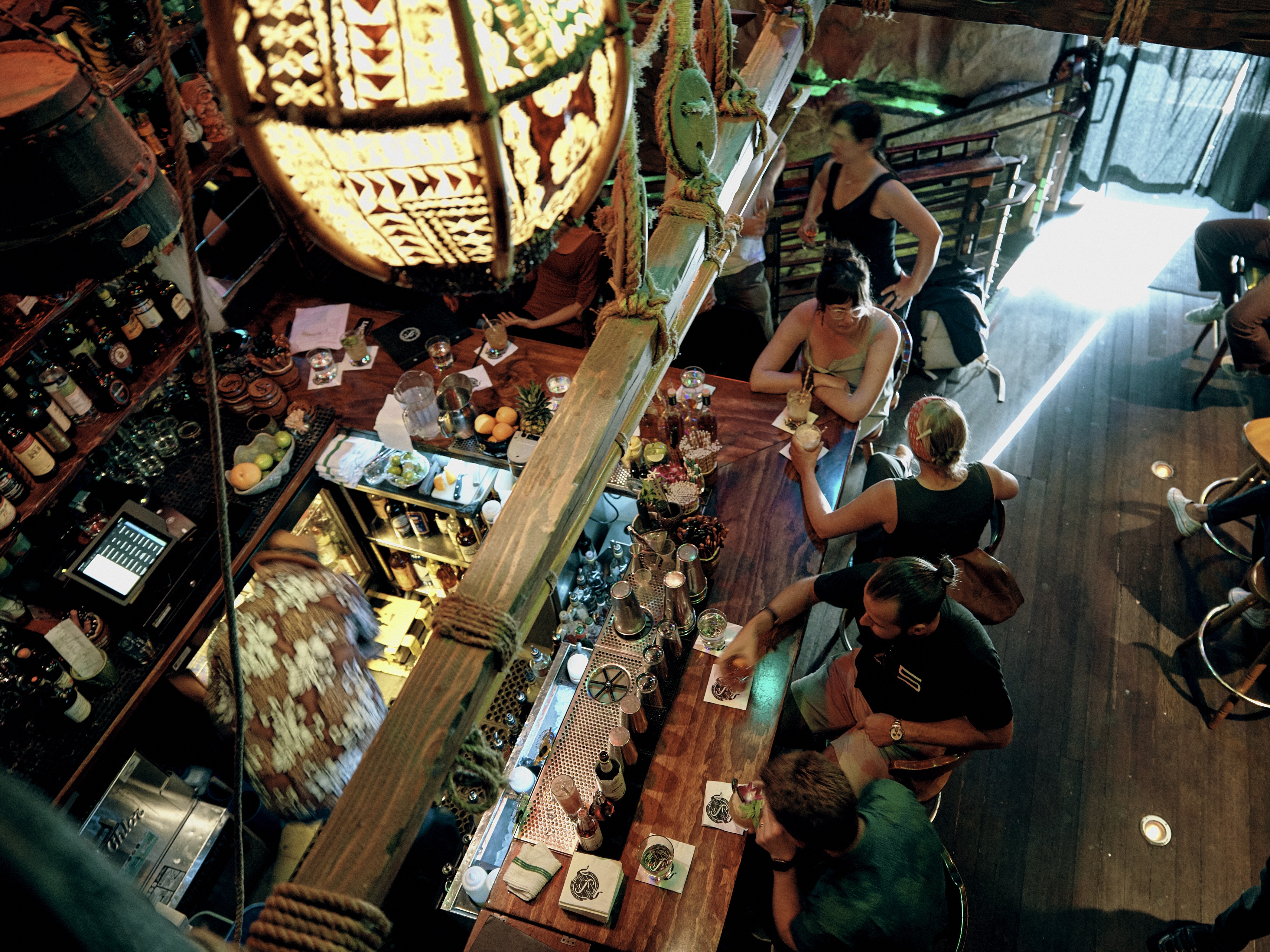 The foundation of Donn’s menu, titled “Rhum Rhapsodies”, was a Caribbean rhyme that doubled as a recipe: “one of sour, two of sweet, three of strong, four of weak.” Adjusting and layering the ingredients – lime, sugar, rum, juice – that make up those four basic components allowed Donn to create drinks like the Zombie and invent an entirely new category of cocktail that would come to include classics like the Fog Cutter, Painkiller and Jet Pilot.

Tiki travelled up to Northern California courtesy of Victor Jules Bergeron, a wooden-legged mixologist, who in the late ’30s – inspired by Don the Beachcomber – transformed his Oakland bar Hinky Dinks into the tropical cocktail temple Trader Vic’s. Soon nautical ephemera decorated the ceiling and a sawfish’s serrated blade hung above the bar where Vic held court, telling tales of faraway places and imagined shark attacks to guests downing plates of American Chinese food and elaborate cocktails in skull-shaped mugs and painted scorpion bowls. The bar became an epicentre for drink creation – Trader Vic’s claimed credit for the Mai Tai, a potent mix of rum, lime juice, Curaçao and orgeat syrup that’s now a foundational drink in the tiki canon — and the brand would go on to become an empire, the global standard bearer for the burgeoning tiki culture.

As veterans returned from South Pacific stations after World War II with tales of islands left behind, the fantasy embodied by Don the Beachcomber and Trader Vic’s flourished and spread. During the mid-20th century, tropical, escapist bars and restaurants sprung up all over the United States with rattan furniture, rum-soaked cocktails, carved wooden totems of god-like Polynesian ancestors called tikis and pu-pu platters of vaguely Chinese food. Soon, the Polynesian pop aesthetic transcended bars and lounges altogether, spilling into home décor, commercial architecture and fashion.

By the ’60s, there were 25 Trader Vic’s locations around the world, but popularity spawned cheap imitations, and as the Baby Boomers came of age in the ’70s, tiki fell out of favour. Décor and uniforms that once felt exotic now seemed simply insensitive, and bars inspired by the South Pacific were hardly escapist to young men shipping out to fight on faraway shores. Tiki became distasteful, then merely tacky. Eventually, it almost disappeared.

Today’s Bay Area tiki boom seeks to emulate the experiences found at the legendary bars of the past and stand out in a city where excellent cocktails have become commonplace. With richly themed decoration and drinks strong enough to blur vision, they transport patrons millions of miles away from urban streets to colourful fantasy worlds. 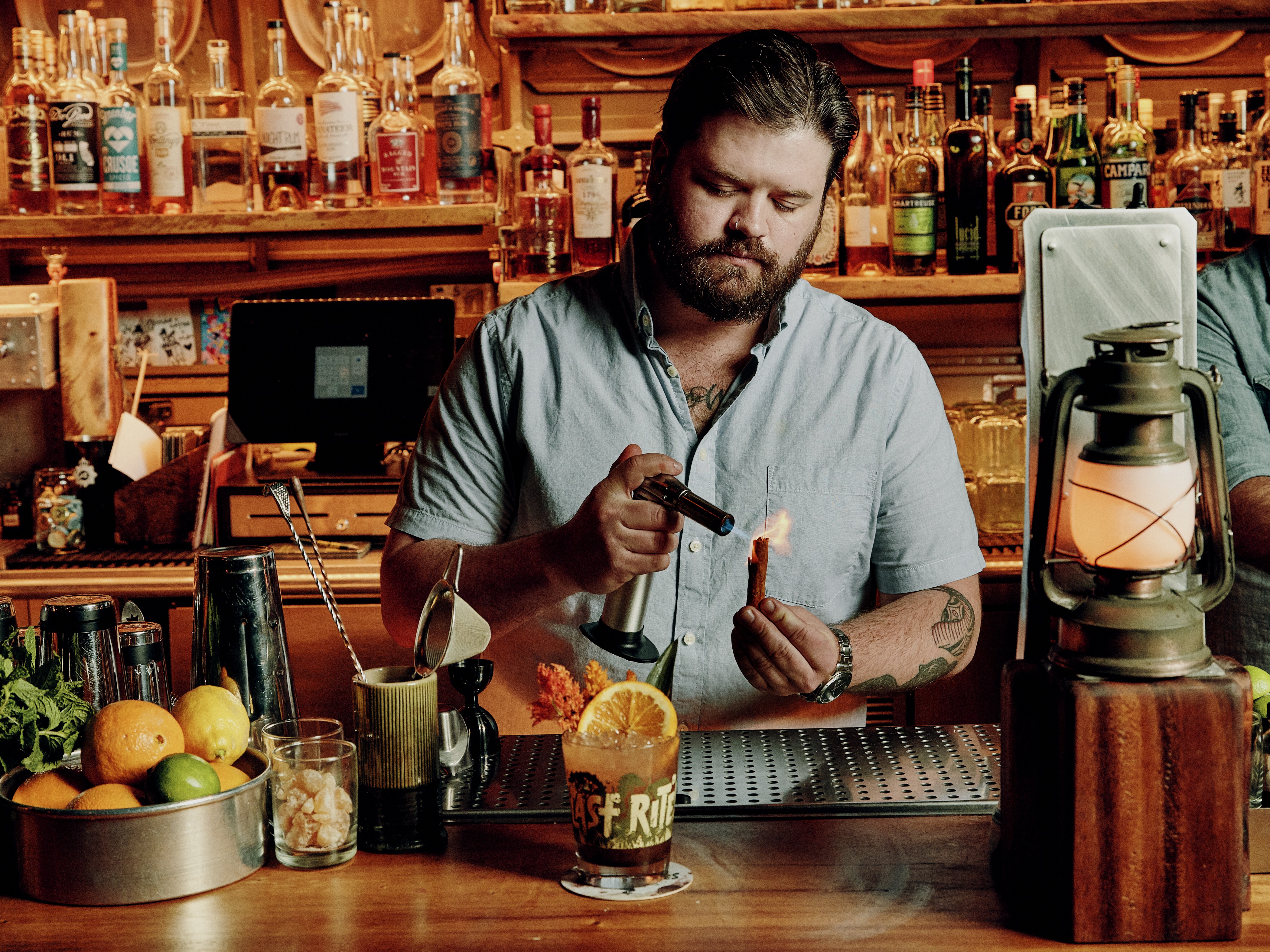 “Some people will say Lost. Some people say Romancing the Stone. Indiana Jones is a huge one,” says Christian Clark, bar manager at Last Rites, a dimly lit lounge that looks like a carefully crafted movie set and literally stops visitors in their tracks. The fuselage from a real commercial aircraft forms the bar, where refurbished airplane seats serve as stools. Giant skulls adorn the back walls, and faux foliage spreads across the ceiling. Even the support pillars resemble moss-slicked stones, each one painstakingly painted by hand. 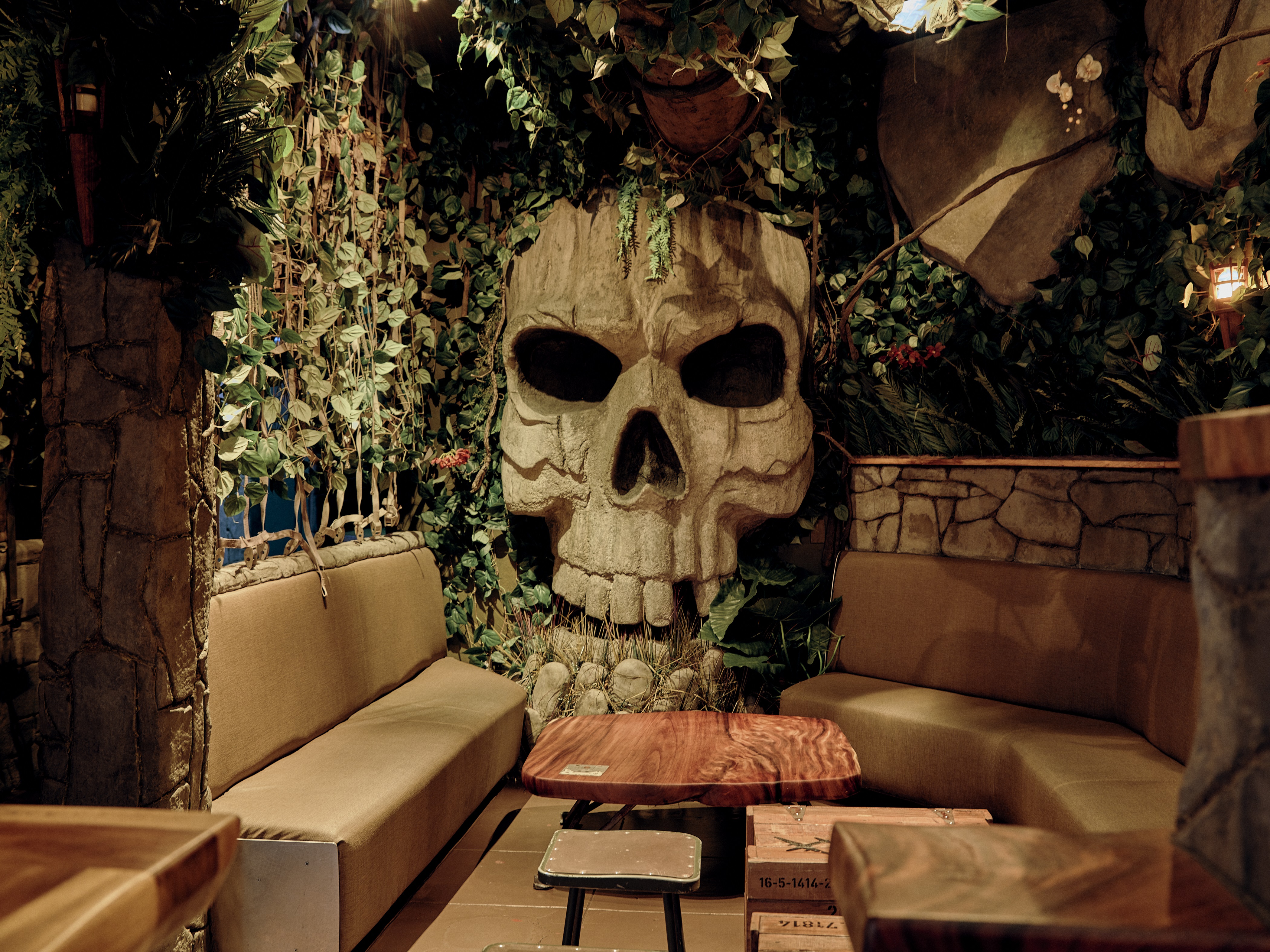 Last Rites, which debuted in San Francisco in May 2018, is one of the many tiki-inspired bars that have opened in recent years. In 2017, The Kon-Tiki launched in Downtown Oakland, reviving the concept of the tiki bar as a neighbourhood joint – the kind of place a patron could come every weekend for a burger and a cocktail, albeit served in a coconut at a palm-thatched-roof bar.

In 2016, Future Bars Group opened Pagan Idol near Union Square, then followed it two years later with Zombie Village less than a mile away. Here, maps of Hawaii, the Caribbean and the South Pacific stretch across one wall, lit by a twinkling projection of a starry sky, and two massive tikis stand guard over the central bar. 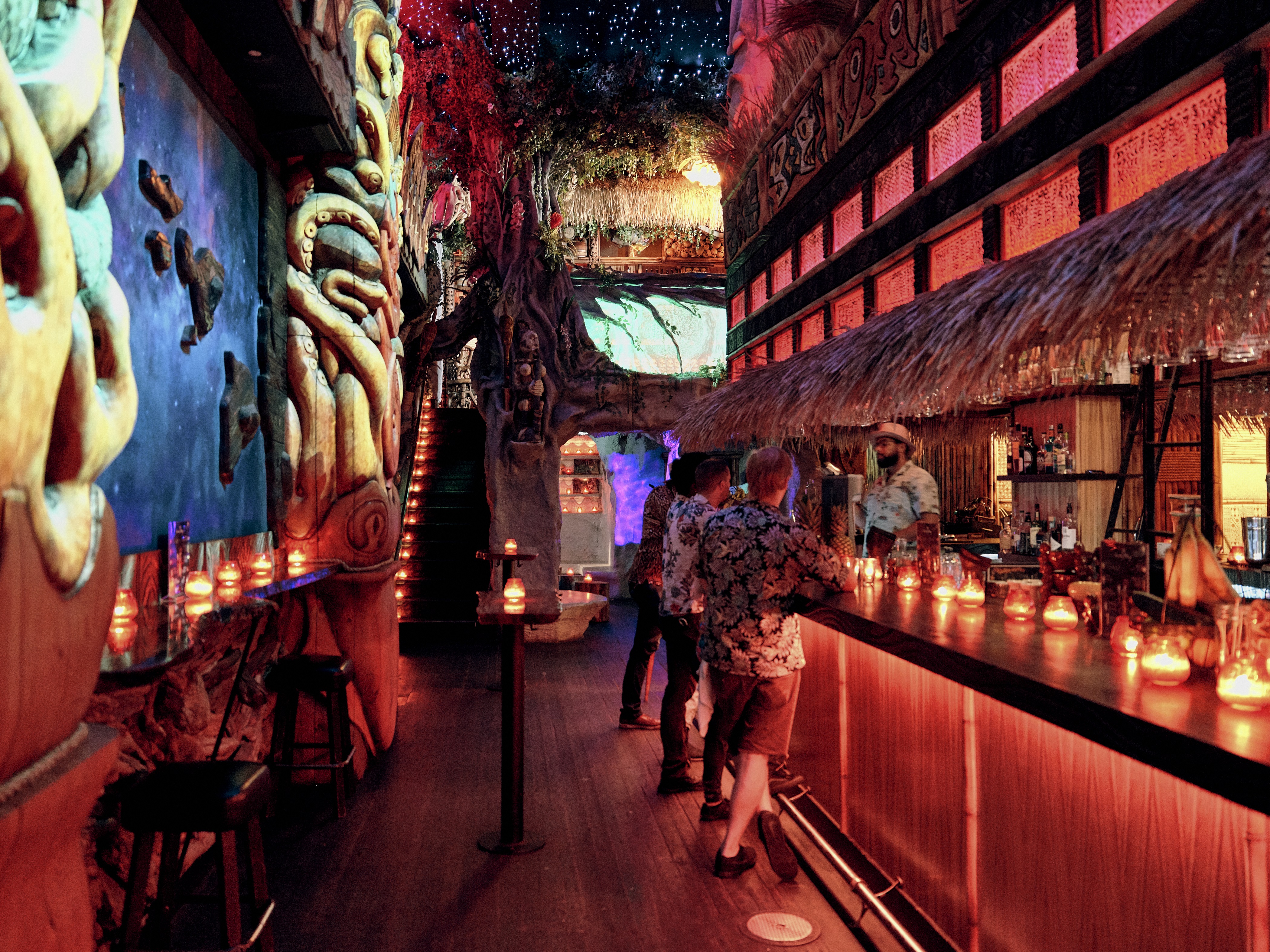 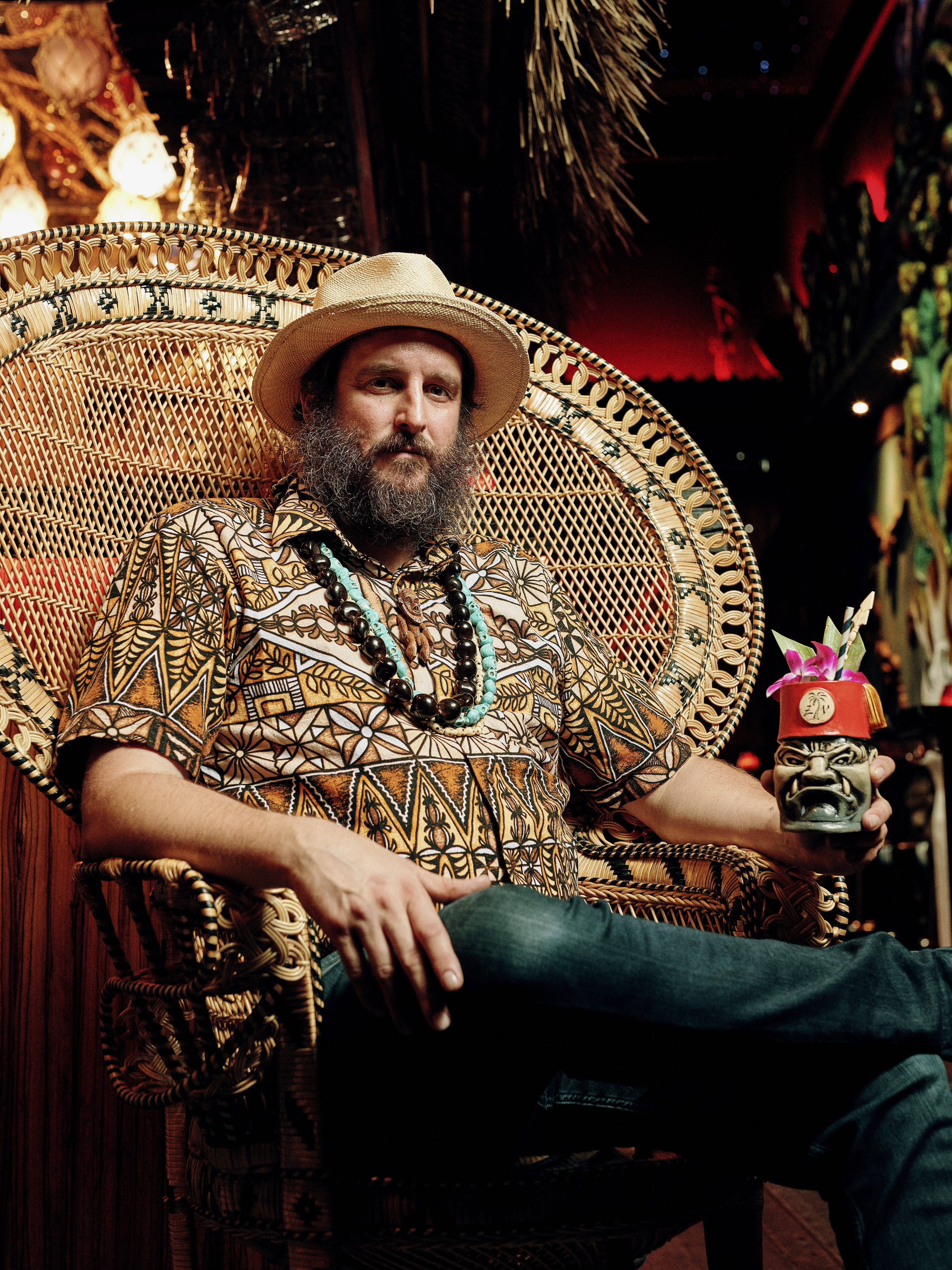 Restaurants like Hawker Fare and Liholiho Yacht Club have added tiki-inspired lounges to unused corners. And earlier this year, a new “tiki cantina” popped up in San Francisco’s Marina neighbourhood. The bar puts a twist on the tropical tiki cocktail, basing some options on mezcal instead of the traditional rum.

This new batch of tiki bars isn’t just reviving a bygone style, it’s evolving it for a new generation of aloha-shirted drinkers. It’s updating the cocktail menu with house-made ingredients in complex flavours and spirits from all over the globe. It’s subbing out greasy appetizers for dishes like Szechuan eggplant, tempura oysters and salmon crudo – worth eating even without a decadent drink. More importantly, the bars are modernising approaches to depicting faraway places. Unlike during tiki’s golden age, when bars borrowed liberally from Polynesian iconography and stereotyped foreign communities, today’s bars try to transport patrons while staying respectful of Pacific cultures.

“One of the things that was really important for the owners was to make it clear that it wasn’t about appropriating culture,” Clark says. As such, the bar doesn’t feature any tiki-style carvings or references to specific places, instead focusing on the simple pleasures of the tiki experience: immersive, escapist décor and tropical, fruity drinks. 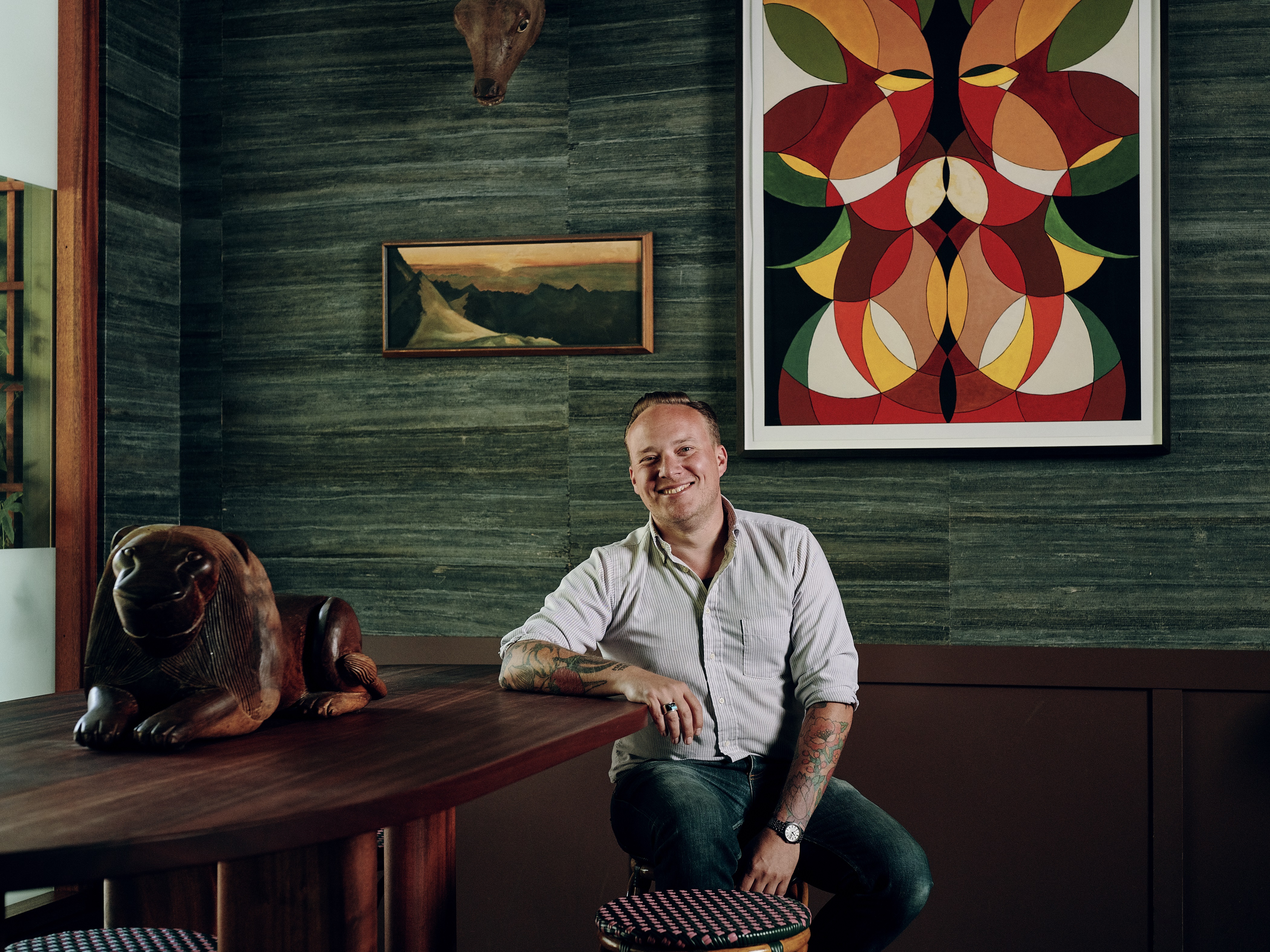 At Bon Voyage! in the vibrant Mission District south of downtown, partner Morgan Schick calls the theme “disco safari” and describes the cheeky, swank space as something quite different from a traditional tiki bar. “We don’t have a rum focus. It’s not Polynesian. But, you know, you put pineapple and coconut in a drink and put it in a fancy mug, it definitely has its relationship to tiki,” he says. “The basic idea of tiki is to be on vacation for an evening, and that’s very much the foundation of Bon Voyage!. They come from the same impulse.” 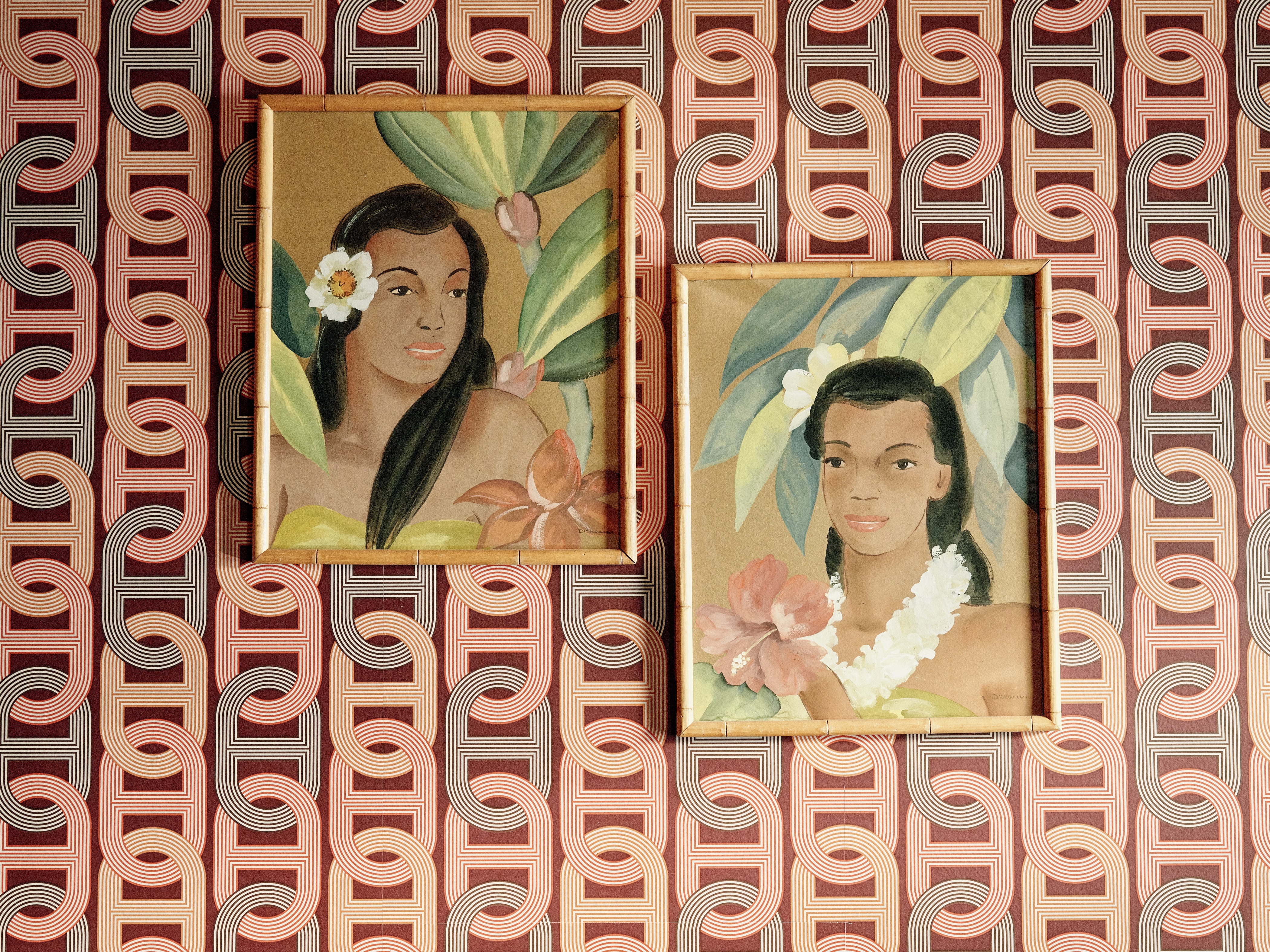 Today’s tiki craze might seem like a new San Francisco trend, but the Bay Area is actually one of few places where the movement never truly vanished.

In the Outer Richmond neighbourhood, Trad’r Sam is widely considered the oldest continually operating tiki bar on the planet. It’s been open since 1937, though today it’s more dive than fantasy island. Across the bridge in Emeryville, Trader Vic’s still serves Mai Tais in custom glassware and other classics in rum barrel- and seashell-shaped mugs (albeit not in the original location).

Inside the Fairmont Hotel, high on Nob Hill, lives Tonga Room & Hurricane Bar, one of tiki’s grand dames. First built in 1945 around the hotel’s former swimming pool, it’s had some work done over the decades, but largely remains true to its origins. Dinner tables are centred around an electric teal lagoon, with a wide bar and dance floor on one end and a floating bandstand on the other. At regular intervals, thunderous rainstorms descend on the edges of the pool – contained hurricanes that never fail to delight. When the late chef, author and television host Anthony Bourdain visited in 2012, he called Tonga Room “the greatest place in the history of the world”.

Almost 90 years after Donn Beach welcomed LA to his imagination, today’s tiki bars tap into the same magic, the way flowing booze and immersive décor combine to create wonderlands where worries melt away. Last Rites’ Clark believes the new boom is a response to a landscape of overwhelming choices, where there are so many venues and restaurants competing for our attention that it takes something wild to cut through the noise. Bon Voyage!’s Schick sees tiki’s resurgence as the next evolution of cocktail culture. After years of bow-tied mixologists making serious drinks, maybe we’re all in the mood for a little fun. At Smuggler’s Cove, Martin Cate thinks patrons are still drawn to the escape, a few hours away from work, politics and the technology on our phones to just kick back, relax and enjoy each other’s company.

Step through that portal, pass through that threshold and whether you arrive in a bootlegger’s hideout, on an island-hopping skiff or dancing through a Palm Springs disco, you’ll find yourself in a world deliciously different from the everyday. It doesn’t matter what’s happening outside, tomorrow or next week. Inside, all you have to do is raise a glass, take a deep swig of sweet ambrosia and use your imagination.

Fly with Hong Kong Airlines and spirit away to San Francisco! Click here

Smuggler’s Cove
Of the 85 drinks on the menu, Smuggler’s Rum Barrel is the only one that follows the Don the Beachcomber rule: Even the bartenders don’t know the recipe. Served in a mug, it combines rums, a bit of juice and a delicious mystery. 650 Gough St; 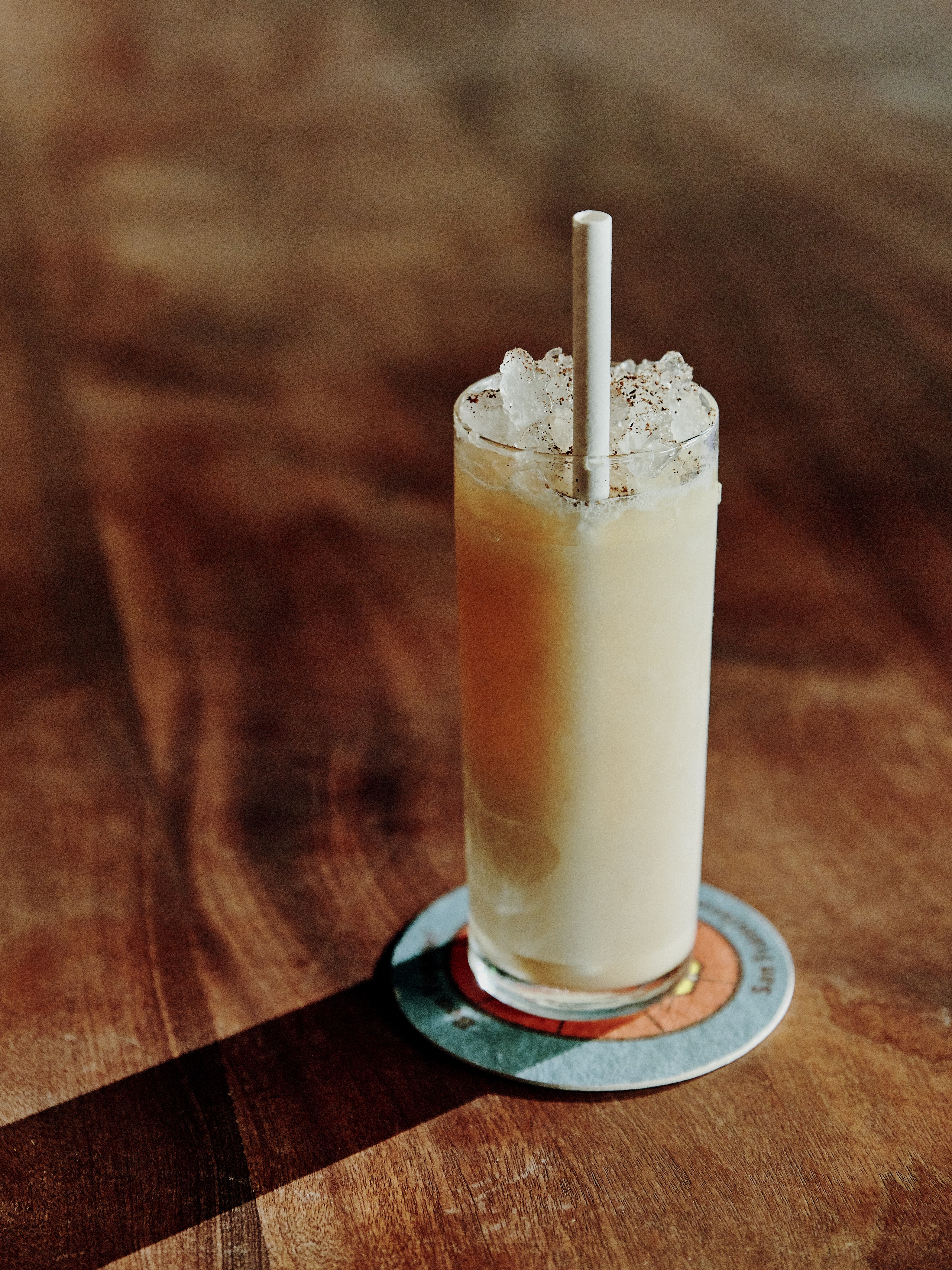 “The bar is actually named after the Last Rites cocktail,” Christian Clark explains. The rum-based drink also keeps its ingredients a closely guarded secret. “It’s a little passionfruity, grapefruity and has some nice bitterness that I like.” 718 14th St; 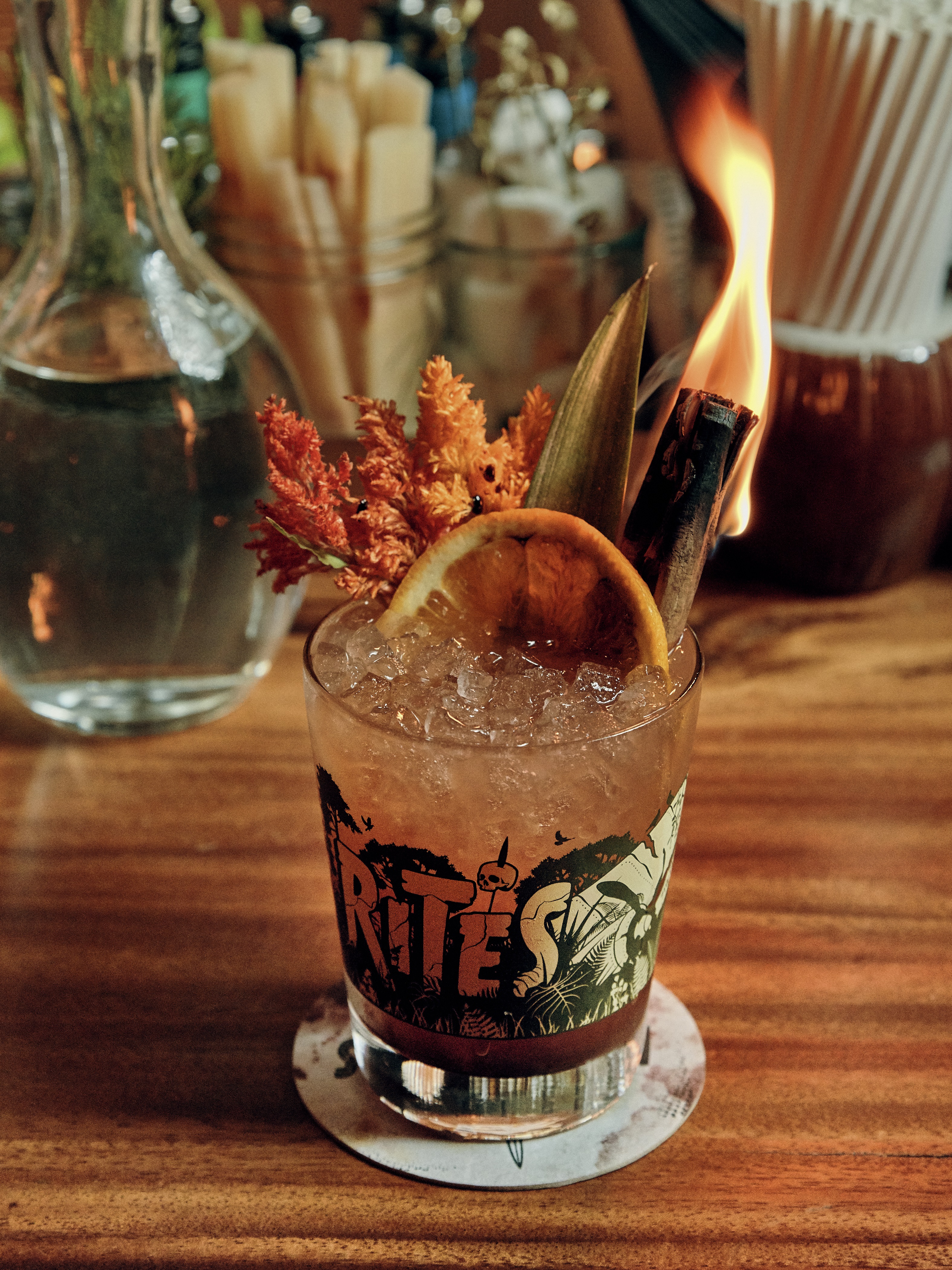 The most famous drink here is the 1944 Mai Tai, made according to Trader Vic’s original recipe. “It was invented just across the Bay,” GM Alexis Faughn says. “We’re really proud to be able to share that with our guests.” 950 Mason St; 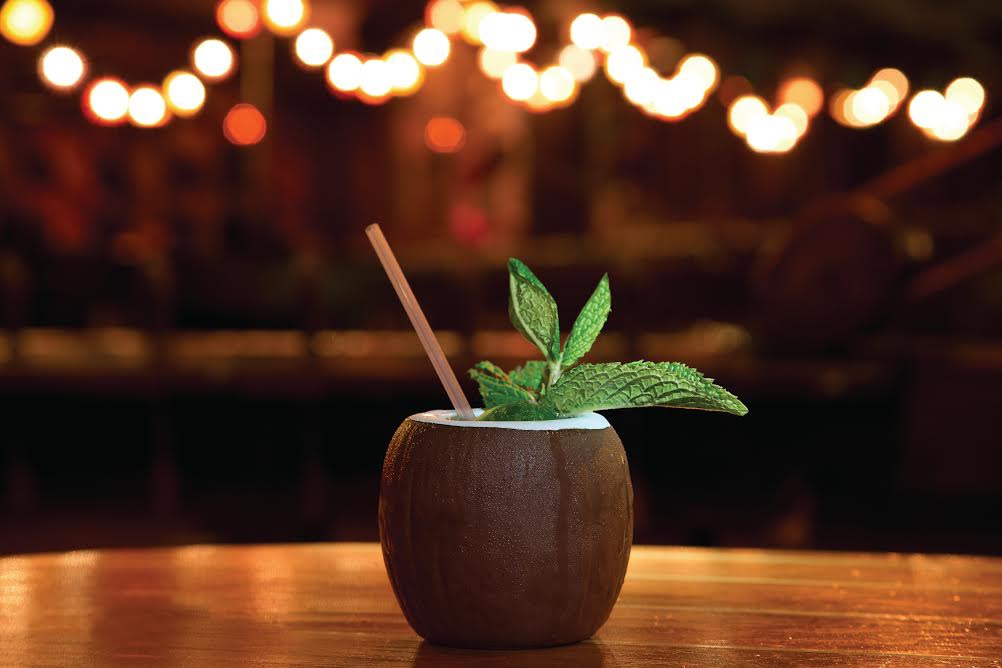