Back alleys, parasitic architecture and a long history of eating and drinking establishments in private homes give the city’s emerging speakeasy culture its own unique flair, as Joshua Zukas discovers 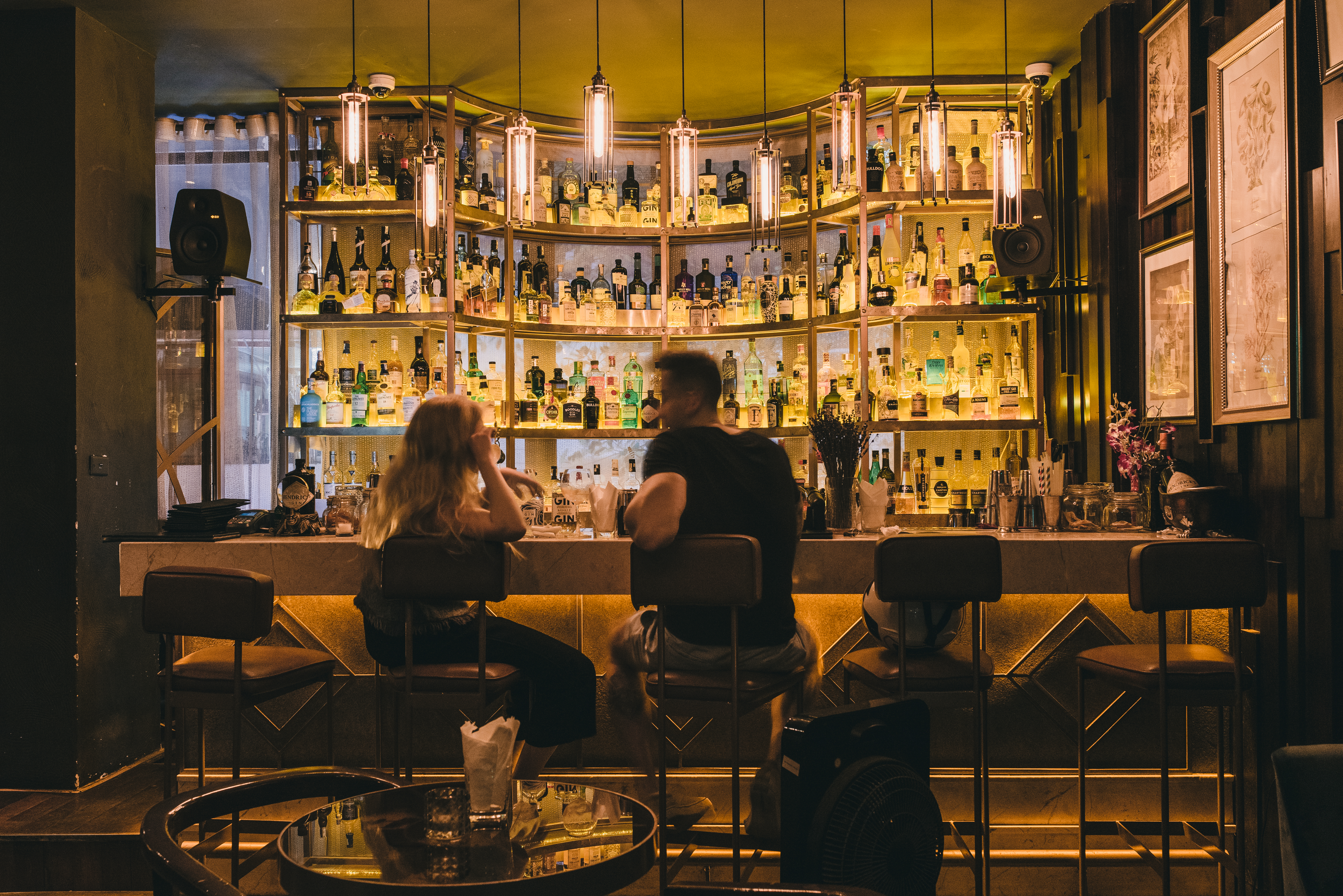 It’s early evening and camera-wielding sightseers cluster around St Joseph’s Cathedral, the faded but iconic neo-Gothic edifice in Hanoi’s ancient Old Quarter. Overshadowed by the lofty cathedral spires is a crack between the buildings, a barely visible alley leading to a sign-less rusty door. I slip down the alley, ring a buzzer, give my name and pass through the crimson portal.

The city roar vanishes with the closing door. I pass into a serene space of private conversations muffled by a smoky darkness and seize a spot at the bar – the last of only 15 seats – and inwardly celebrate having made a reservation earlier in the day. There’s no physical menu, and instead the bartender describes the cocktails of the day, each one more intriguing than the last. I opt for the gin-based, purple-tinged Aviation.

Longer Than a Summer, which opened in January, is one of a handful of speakeasies creating a buzz in Hanoi. The Vietnamese capital has no shortage of creative cafés and boisterous bars, but hidden spots to nurse an after-work drink have been few and far between until now. 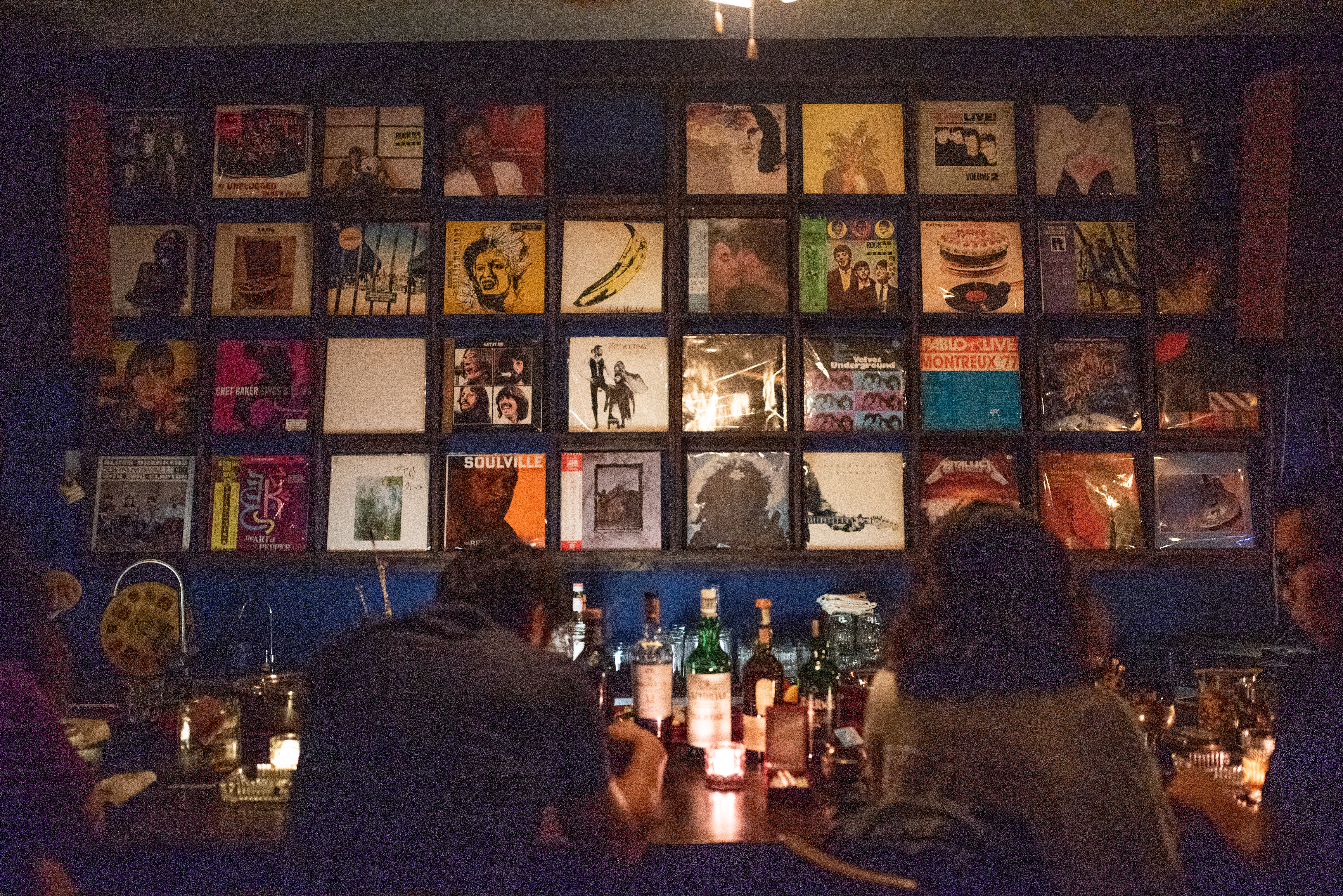 Once clandestine bars pushing illegal alcohol during American Prohibition, speakeasies are now found in cities across the world. These days, the word refers to covert bars that advertise sparingly – if at all – and offer somewhere to step back from everyday urban life. In rapidly urbanising Vietnam, though, this global trend is taking on a distinct personality shaped by the country’s history and architecture.

Unlike the United States, Vietnam never banned alcohol, but it did suppress private enterprise in the 1970s and ’80s, a period known as the Subsidy Phase. During the clampdown, daring business owners responded with cafés, bars and restaurants that operated behind closed doors, much like the first speakeasies in New York. And even though economic reforms in the late 1980s and early ’90s – known as Doi Moi – opened the country up for business, public eating and drinking establishments housed in private homes endure. Up until the end of last year, a family of six was living in the space that Longer Than a Summer now occupies, and it remains enveloped by other family dwellings. 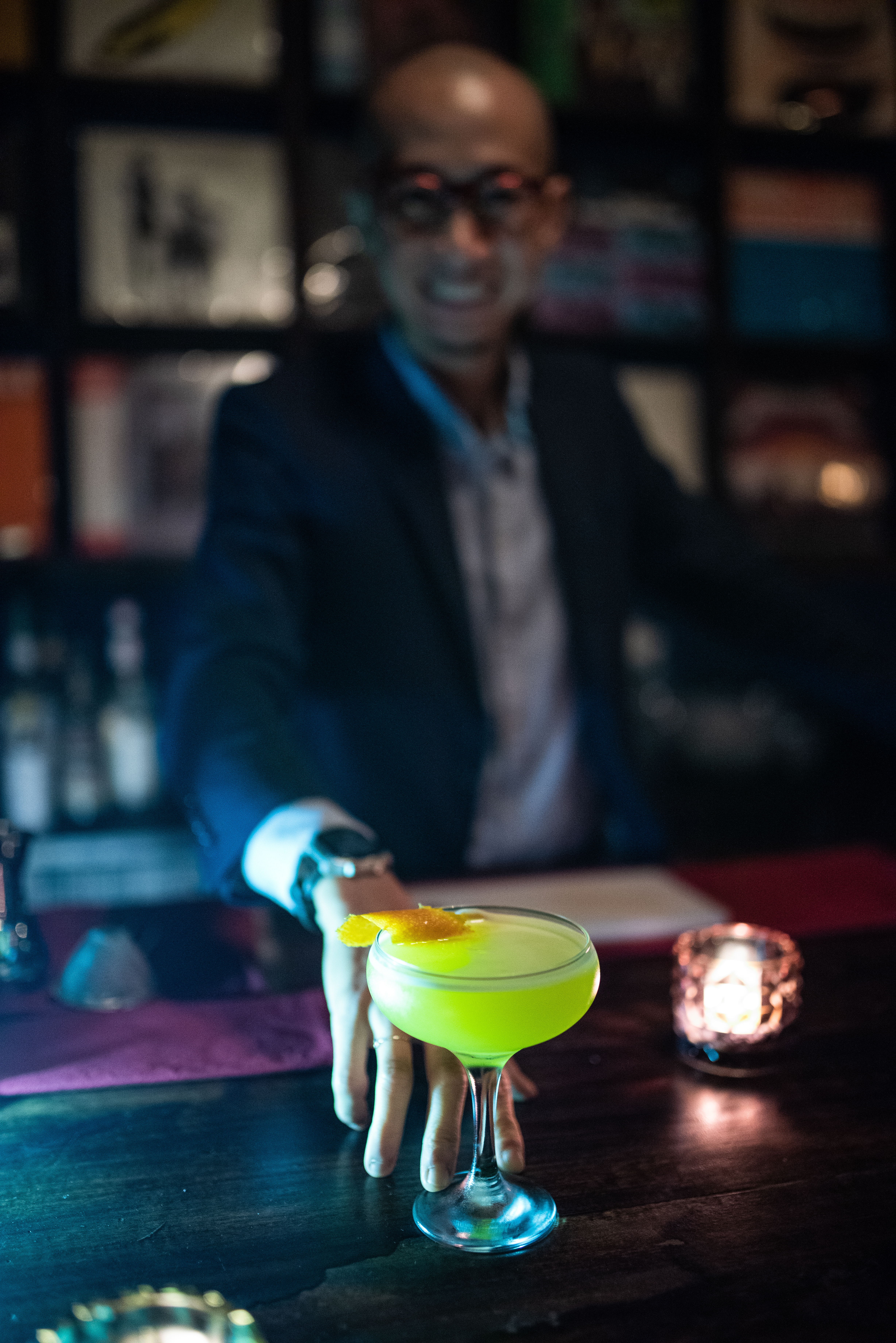 “The Subsidy Phase shaped the customer culture of the city, and you can still see this today,” explains co-founder Ben Khuat, who’s dressed simply in sand-coloured chinos and a black polo with a messy mop of black hair. “Customers are comfortable going to private places, and business owners are used to doing things informally. That culture lends itself well to speakeasies, which sit comfortably hidden down alleyways.”

Doi Moi ushered in a new wave of Vietnamese entrepreneurship and economic growth that ambitious Hanoians are still taking advantage of. It also relaxed the restrictions on artistic expression. Creatives here have channelled their energy into crafting coffee shops for decades, but it’s only in the last two or three years that they’ve turned their attention to the city’s nightlife.

“Most of the owners of speakeasies are amateurs,” Khuat says, himself involved in launching several vanguard establishments, including coffee shop group Tranquil. “Some are artists that want something special for Hanoi. They’re not out to make money necessarily.”

History and economics aside, Hanoi’s tangled streets, hidden homes and ramshackle architecture are also particularly conducive to speakeasy culture. “During the colonial period, most buildings were built and owned by one person or family,” Khuat explains. “After the revolution, estates were split between many owners. This created mazes within houses that still exist, so there are countless secret treasures across the city.”

Some secret treasures hide behind – or above – other businesses. To reach Mad Botanist, a speakeasy just steps from Longer Than a Summer, you’ll need to pass through a Hong Kong dim sum joint and climb a series of covert staircases. Mad Botanist occupies the top two floors of a mismatched terraced building that’s seen years of architectural extensions, conversions and attachments. The lower floor houses a cosy, air-conditioned indoor salon for quiet gatherings, with dark wood panelling, plush sofas and a multi-coloured bar boasting a kaleidoscope of spirits. But the real draw is the top floor, a panoramic outdoor rooftop that rewards visitors with refreshing angles on St Joseph’s Cathedral. 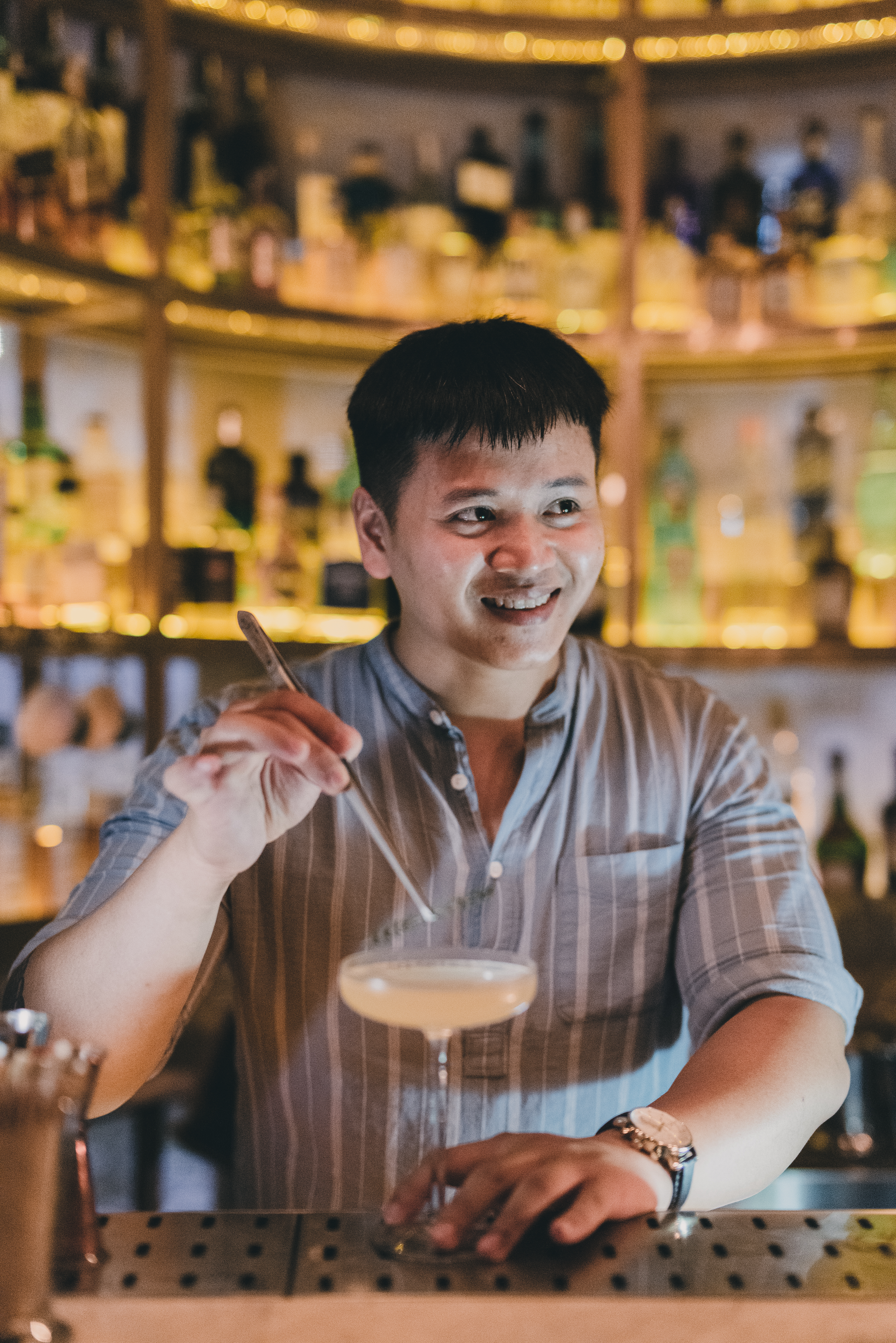 “We prove that speakeasies don’t have to be hidden away inside a building or in a basement. They can be outside spaces, too,” bar manager Cong Thanh Nguyen says. Baby-faced, broad-shouldered and sharply dressed, 28-year-old Nguyen has worked with Mad Botanist since its inception two years ago. The speakeasy specialises in gin, of which there are over 100 different types, and draws a balanced mix of trendy Hanoians and savvy expats.

Parasitic architecture, where additional structures are attached to “parent” buildings for the purposes of extension, often to bewildering visual effect, has been a feature of Hanoi for decades. “In the Old Quarter they build and live on top of each other,” Nguyen explains. “Some visitors can be shocked by this, but it’s just part of the city.”

Across the Old Quarter and also hiding above the line of sight is Bee’Znees, which officially opened its doors – or book case, in this case – in April. Like Longer Than a Summer, Bee’Znees blends into the surrounding small family homes. At street level, Bee’Znees is a quaint bookshop offering a cluttered collection of literature. But pull back one of the bookcases, and you’ll discover a secret staircase leading to one of Hanoi’s suavest saloons. 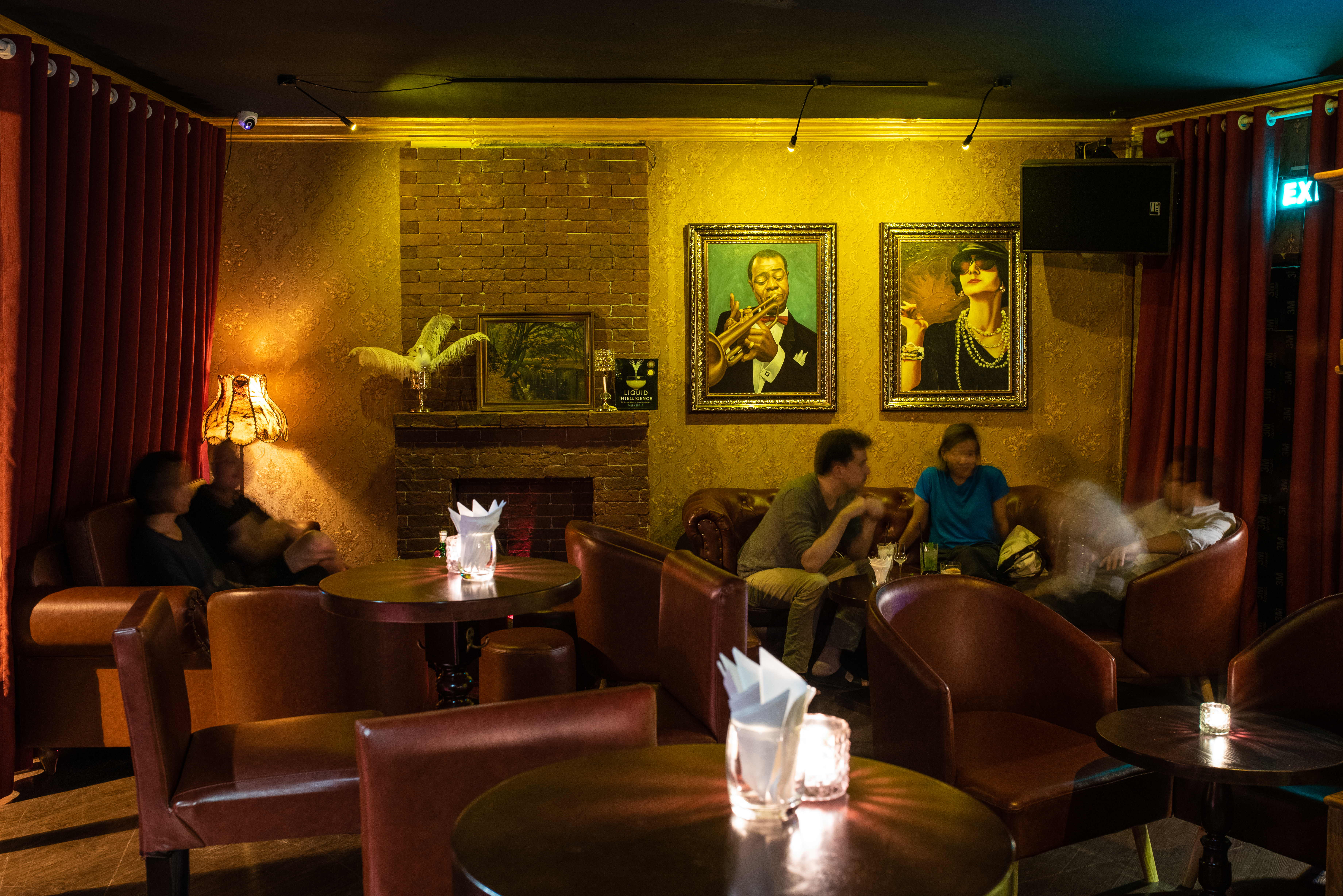 “One time a lady came in because she saw a book she liked,” Bee’Zness co-founder Jasmine La chuckles. “She asked me if she could buy it, so I laughed and just gave it away. Then I invited her up to the speakeasy and she was amazed.” Donning a tailored dress and stylish bob, La epitomises Hanoi’s new wave of trend-setting urbanites. “That’s the best way someone can find us – by complete chance,” says Duong Ngo, who co-founded the speakeasy with La. Both La and Ngo have office day jobs in Vietnam’s lucrative hospitality industry. 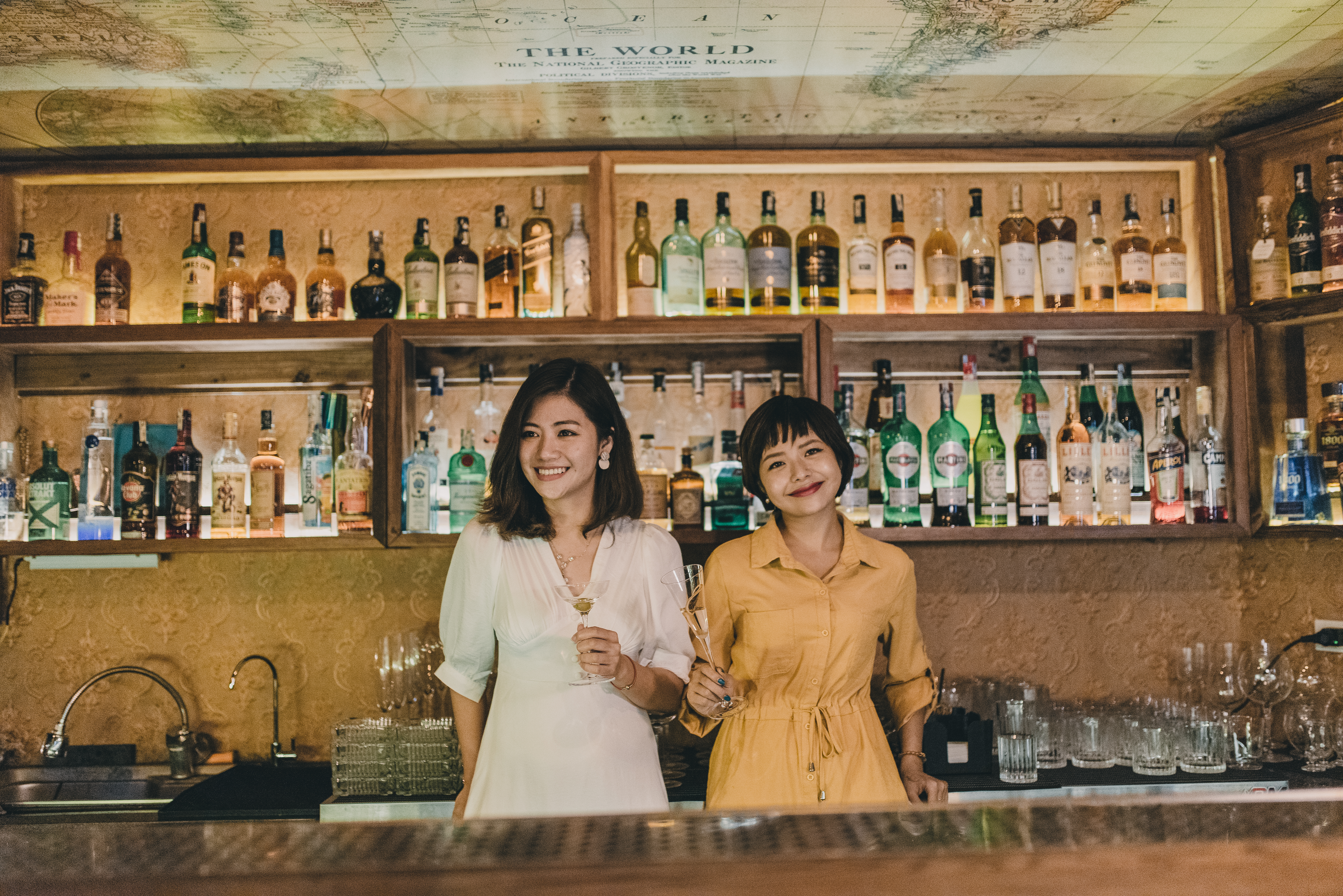 “We’re both professionals, and we find that there’s a lack of quiet places to go after work,” Ngo explains, sporting a fitted white business jacket as if she has come straight from the office. “We wanted to create a cosy second home. And we picked the 1920s concept to fit with the Prohibition theme.” That includes period-appropriate wallpaper, antique-style table lamps and a pre-World War II map above the bar.

Despite this homage to the American speakeasy legacy, Bee’Znees couldn’t be anywhere else but in Hanoi. A sequence of windows offers enchanting views over the Old Quarter streets, festooned with leafy trees and knotted wiring. Step out onto one of the tucked-away balconies and you might catch the Reunification Express as it rumbles past on century-old train tracks. “Being here and looking at old Hanoi, overlooking the train tracks, is all very classic and atmospheric. It just works,” La says.

The co-owners wanted somewhere secret and private, but they concede that there’s also practical business sense behind opening a nightlife spot somewhere inconspicuous. “It’s expensive to rent places right on the street,” Ngo says, remarking on the notoriously high rents in the capital. “It’s much cheaper to rent somewhere down an alley or up a stairway. That’s one reason why a speakeasy is a viable business idea in Hanoi.”

The menu fronts classic cocktails such as the Manhattan and Old Fashioned, a nod to the era that gives Bee’Znees its inspiration, though there’s a selection of signature cocktails, too. “It sounds strange, but we are sentimental about a foreign past that we never  experienced,” Ngo reflects. “We adore the legacy of America in the 1920s. We romanticise it.”

While he agrees that outside influence has been essential to the city’s speakeasy scene, Sean Halse, the British-born bar manager at Kumquat Tree believes Hanoi’s idiosyncrasies have had a role to play. “Hanoi has its own unique take, because the people here crave privacy. That’s why we have private booths and hidden corners.” In contrast to the gregarious Saigonese, Hanoians are said to be more introverted, opting for small gatherings over large parties. 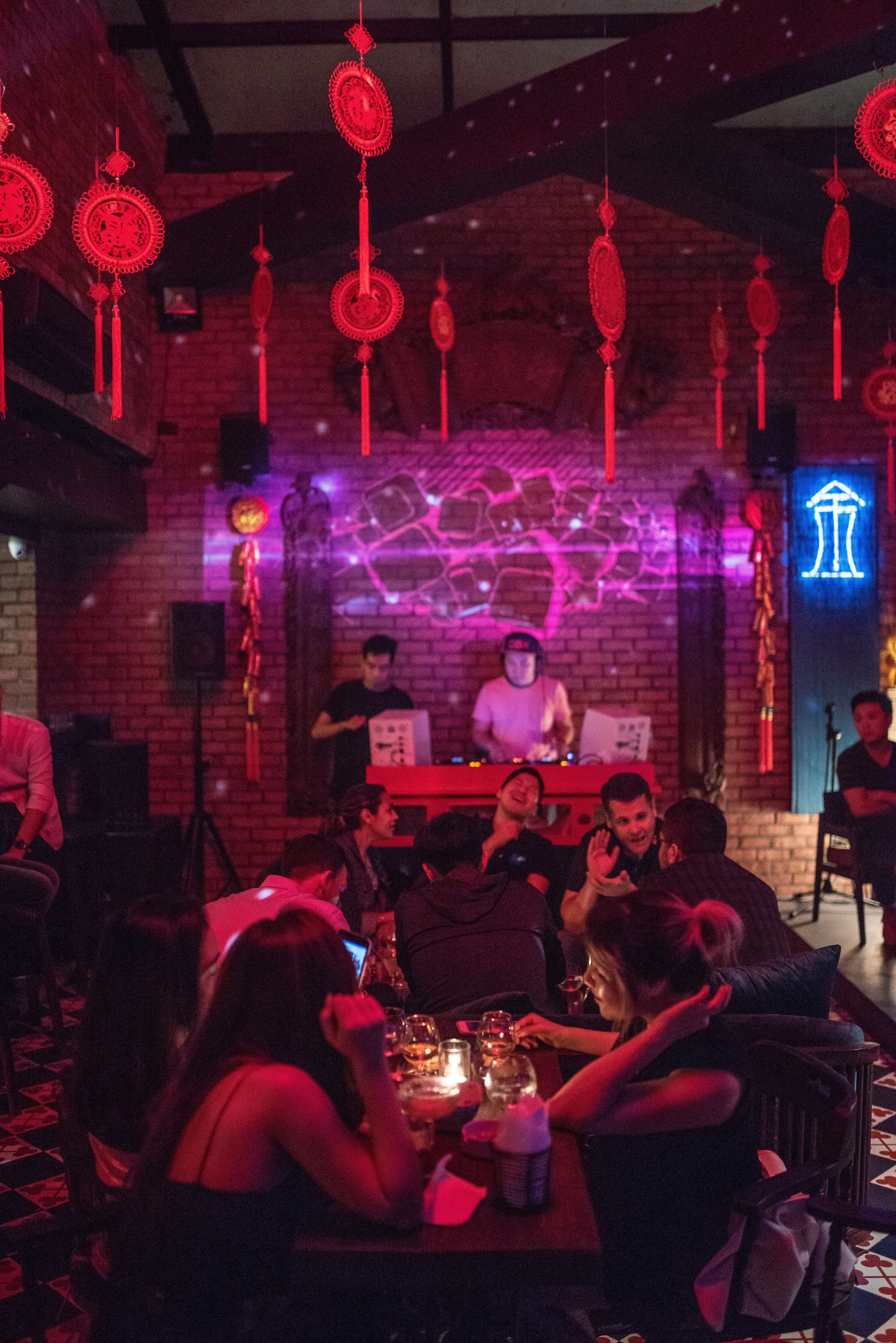 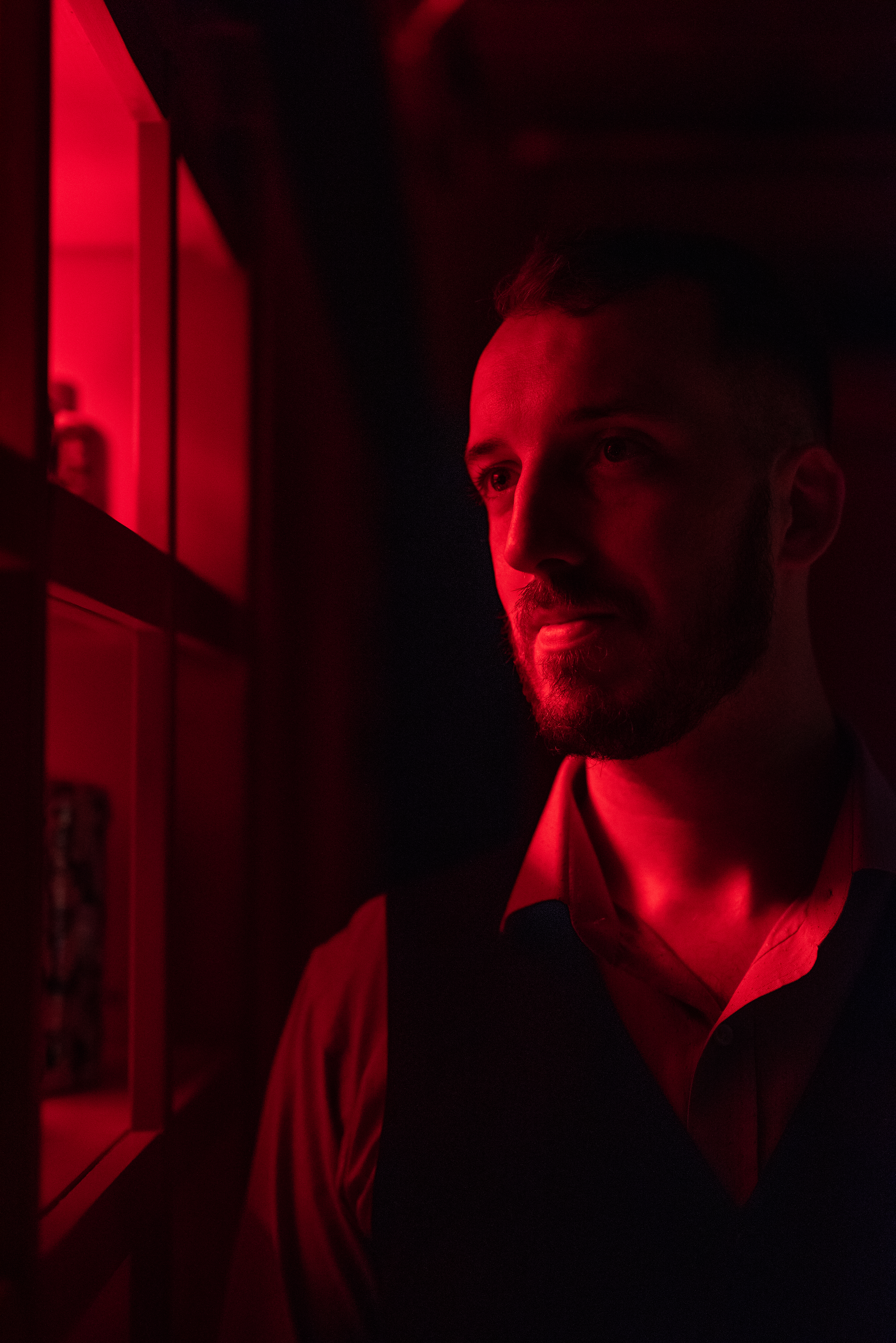 There’s no sign and you’ll need a prearranged code to get past the entrance – a mysterious red door decorated with oriental trinkets. The speakeasy is spread over two floors, with warm mood lighting and nooks crafted for intimacy. The menu, presented on an iPad, stands in contrast: an enormous selection of classic and signature cocktails, popular lagers and craft beers and a healthy number of non-alcoholic mocktails and juices.

“The vibe is a bit different to other places,” explains Halse, who also coordinates a range of events throughout the year. “It’s a spacious speakeasy – holding up to 80 people – and when we have DJs the atmosphere is electrifying. We’re trying to redefine what a speakeasy is supposed to be. You’re not just here to relax, but also to have a good time.”

For Halse, defining a speakeasy is less about the atmosphere and more about offering a personalised experience. “We don’t have mixologists,” he states. “We have bartenders. They’re there to tend to the bar, keep it clean and build relationships with the guests.”

Kumquat Tree and Longer Than a Summer are at opposite ends of the speakeasy spectrum. Kumquat Tree attracts a bigger crowd with themed nights and international DJs and has a substantial cocktail menu. Longer Than a Summer won’t buzz you through if their handful of seats are occupied and it offers just four cocktails and four whiskys that are introduced by the bartender.

All of this goes to show that while the speakeasy scene in Hanoi is still young, it’s diversifying to cater to a variety of tastes. Both bars have loyal followings and ambitious plans for the future. “I can’t say anything about it, but we’re opening our second location very soon,” Halse says. Khuat, too, is scouting for the perfect location for his second speakeasy, Sooner Than A Winter. But for him, it’s all about getting things right. “We’re not in any rush,” he says with a smile.

Longer Than a Summer

Pull back a bookcase to reveal a staircase to a suave saloon. 163 Phung Hung

A swish bar with booth seating and a full cocktail menu. 1 Nguyen Khac Can 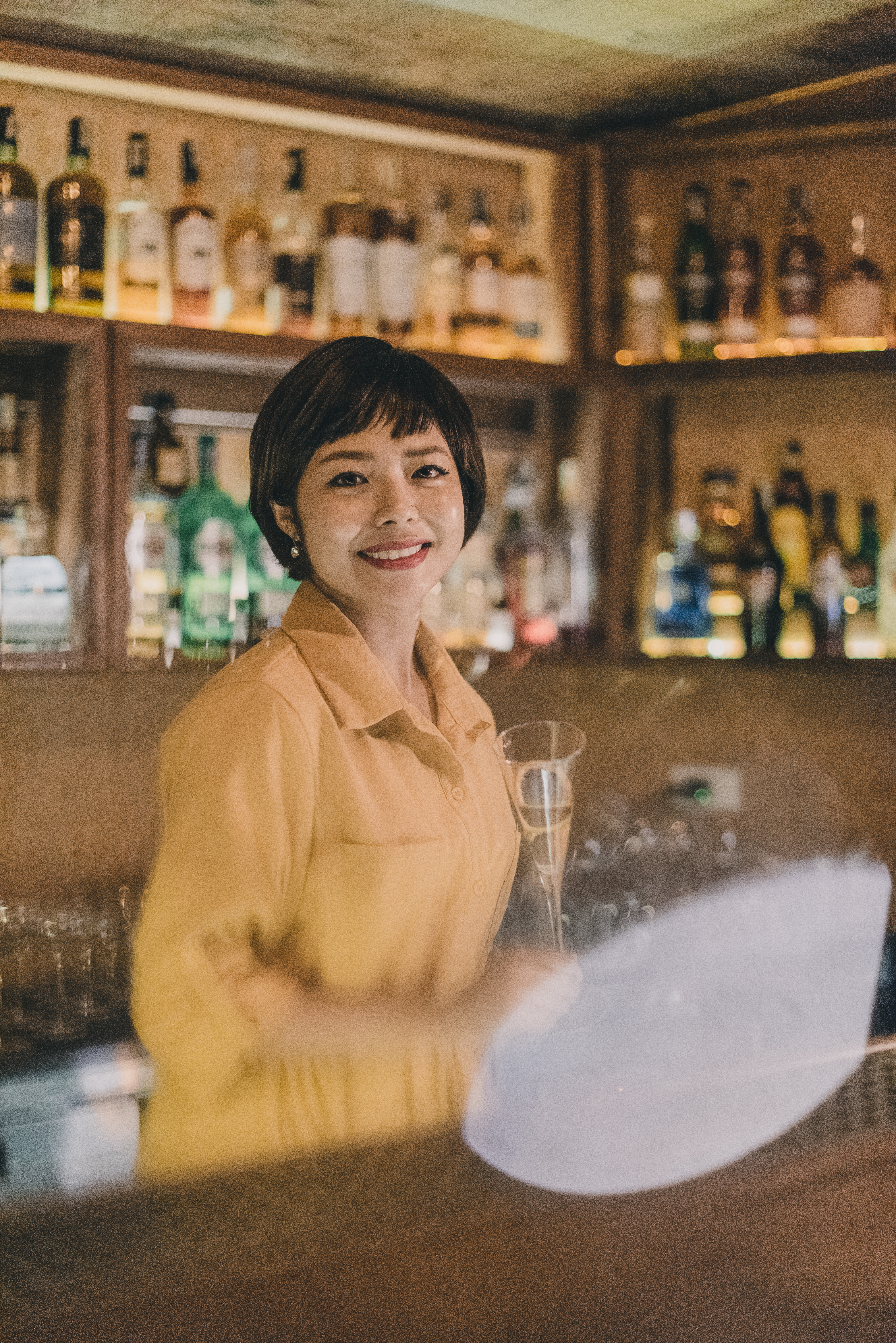 Thanks to the recently opened Halong-Hai Phong Expressway, Halong Bay is now less than a two-hour drive from Hanoi. The twice-recognised UNESCO World Heritage Site is still one of Asia’s great seascapes, ideal for leisurely cruises and adventurous kayaking.

Escape central Hanoi and head to one of the country’s finest museums. This celebration of the nation’s diverse ethnic tapestry – Vietnam has 54 officially recognised ethnic groups – is set over two floors and across an expansive garden. 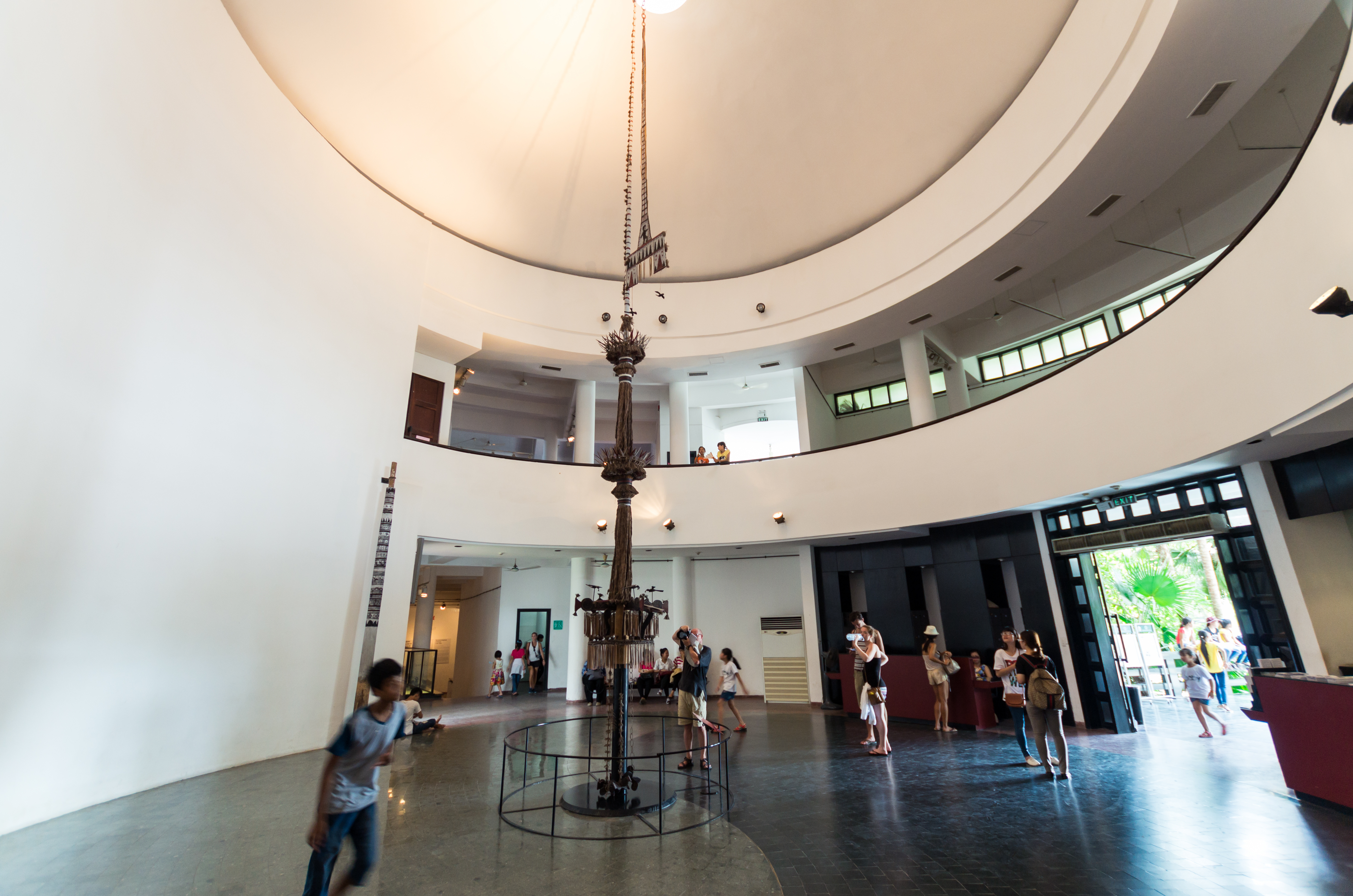 The Chi
It stands out from Hanoi’s other boutique hotels, thanks to spacious rooms, stylish interior design and a magnificent rooftop bar offering unrivalled views of St Joseph’s Cathedral. The hotel is conveniently nestled between the Old Quarter and the French Quarter. 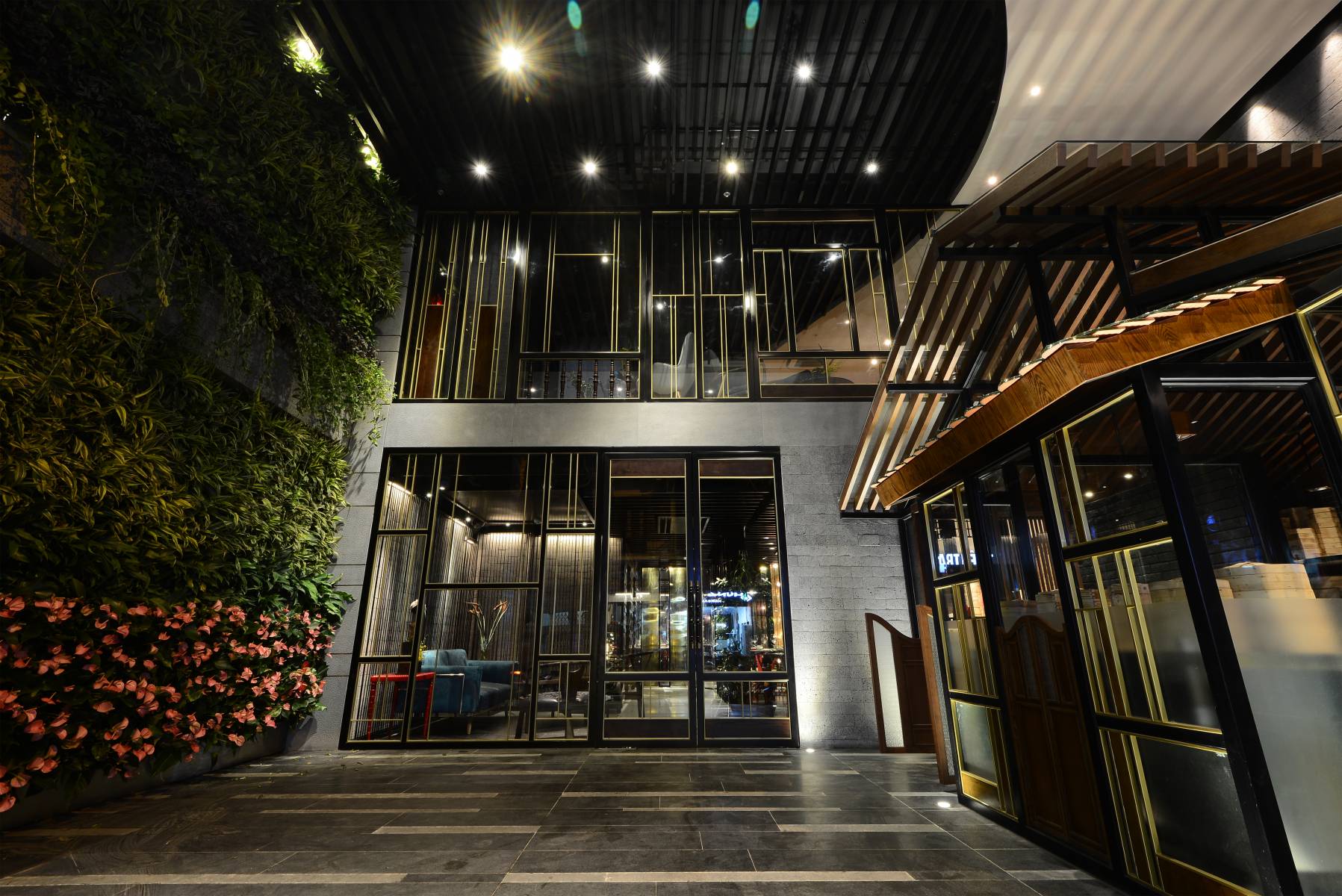