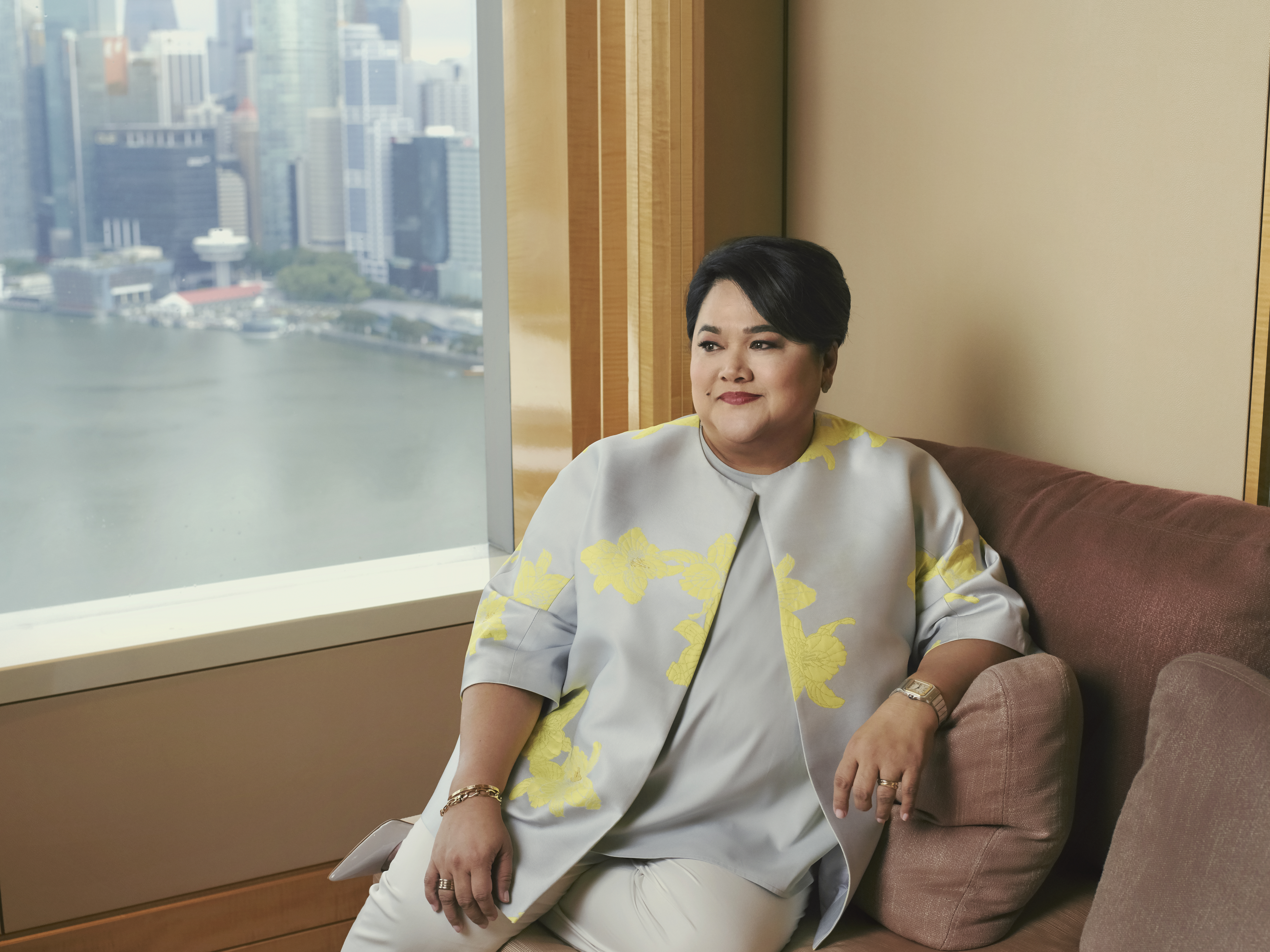 Communication between brands and consumers is more direct and instantaneous than ever before, as the modern media landscape continues to evolve at a dazzling pace. But navigating this new frontier also requires a deeper understanding of consumer trends and habits – getting it wrong can backfire in a dramatic and public fashion. (Just ask Dolce & Gabbana, which has been shunned in China since its controversial ad campaign last year.)

Catherine Feliciano-Chon has always understood the importance of staying ahead of the curve. She oversees CatchOn & Company, one of Hong Kong’s leading PR and strategic marketing agencies. Renowned for its prowess at gleaning consumer insights, the company has a second office in Shanghai and its combined portfolio includes high-profile clients such as Agoda, The Philippines Department of Tourism, Mandarin Oriental Hotels, EDITION Hotels and the British Academy of Film and Television Arts (BAFTA) in China.

Born in the Philippines and raised in Los Angeles, Feliciano-Chon arrived in Hong Kong in 1997. As a self-professed “typical trailing wife”, she recalls thinking then that her stay in Asia would cap out at five years. But not one to idle her time away, Feliciano-Chon capitalised on her background as a senior marketing manager and began consulting from her home just a few months after arriving.

“The practice grew organically from there,” she says. “I wish I could tell you that I had a business plan with a long-term vision. Frankly, I just wanted to stay productive and do relevant work while raising my kids.”

By 2001, CatchOn & Company had officially launched. “I based the firm’s scope on my combined set of expertise and experience, working on everything from brand and product development to communications,” Feliciano-Chon says. “It was never just about PR.”

CatchOn walked the talk from the start. One of the first projects the firm worked on was conceptualising a signature spa brand for the Shangri-La hotel group. “Our scope included crafting the brand narrative; putting together the creative briefs for the product merchandising, design execution and brand collateral; writing the spa menus, product labels and brochures; all the way to driving the global launch of the brand with the hotel’s PR partners,” Feliciano-Chon recalls.

This holistic approach has informed CatchOn’s hybrid practice from day one. “It was well ahead of its time and gave us a competitive edge,” she adds.

CatchOn is all about melding technical in-house research with genuine curiosity about their target audience. Their tactics – which include hosting surveys, conducting street intercept questionnaires in various cities and arranging in-depth interviews with industry experts to gain first-hand information – forms the market research programmes which support their clients’ brand development. “I’ve always wanted to be a thinking practice, not just a doing one,” Feliciano-Chon says.

CatchOn’s penchant for research has developed into a series of industry trend reports aimed at “creating our own insights to inform our consultancy work”. These are distributed to hotel brands, hospitality players, restaurant groups, retail brands, designers and more.

Past reports include What the Tech? – an investigation on how technology is changing travel experiences; Asia: The Future of Wellness Tourism, which was released in May this year and includes insights from 50 one-on-one interviews with travel industry insiders; and the annual Future of Food report, which analyses changing trends in the F&B space each year. 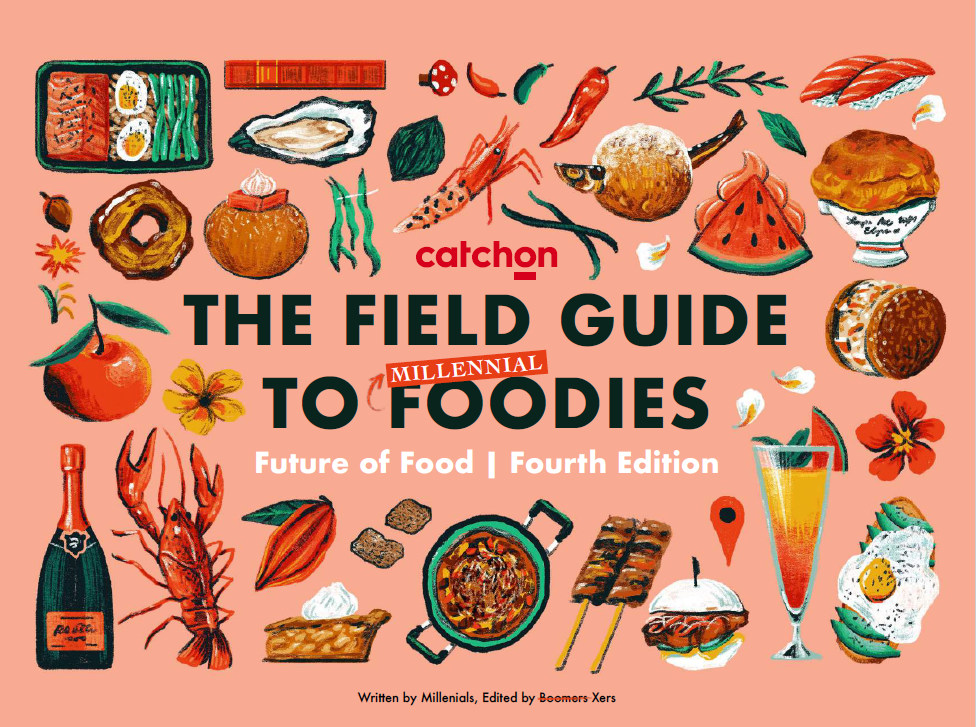 In January this year, New York-based Finn Partners announced it was buying a majority stake in CatchOn, which is now in its 18th year. “I’m proud of how far we’ve come,” Feliciano-Chon says of the acquisition, which has led to no job losses or change of office. “I chose Finn Partners because our values and corporate cultures align. Finn has a strong social conscience that informs the kinds of clients they’ll take on, and I like that. They have a global travel, lifestyle and consumer practice which is complementary to ours, while also leading in areas like healthcare and technology, which interest us.”

A sought-after public speaker, Feliciano-Chon has been named one of the 100 Most Influential Filipina Women in the World by the Global Filipina Women’s Network. She’s also co-chairing the 2019 Global Wellness Summit, the world’s foremost gathering of leaders in the US$4.2 trillion wellness economy, to be held in Hong Kong in October.

Once a transplant from LA, in two decades Feliciano-Chon and CatchOn have come to perfectly represent the dynamic energy of businesses across Asia. According to Feliciano-Chon, we’re now living in the Asian century. “The economic and geopolitical forces in Asia are presenting numerous opportunities for growth, not just from China and India but also from Southeast Asia,” she says. “Hong Kong is trying to define its place in the larger China story, but also in its relevance to the rest of the region.”

With the global incomes of women rising from US$13 trillion to US$18 trillion between 2013–2023, female spending power is growing by leaps and bounds.

Well-off Asians are responsible for a surge in medical tourism – the Asia-Pacific Medical Tourism Market is predicted to reach US$19.87 billion by 2023.

This group – described as the “prized catch” by many tour operators – is on the rise. For China’s some 400 million millennials, wellness is the new status symbol.