Once a hub for textile manufacturing, Hong Kong is emerging as a global force in the design world. Kate Springer finds out why the industry has taken off in such a big way

But the prestigious event wasn’t just limited to big-name brands. It also welcomed a cohort of emerging designers who’ve made their names not in the Big Apple, but in their home city: Hong Kong. Heaven Please+ showed off a kaleidoscopic collection of avant-garde designs; 112 Mountainyam unveiled a nature-inspired, ready-to-wear line ranging from suits to sportswear; while Anveglosa featured the sophisticated use of leather in head-turning silhouettes. That same month, Hong Kong-born brand Loom Loop lit up the catwalk with its colourful “Concrete Jungle” collection at London Fashion Week, along with other homegrown labels including Doriskath, House of V and Yeung Chin. 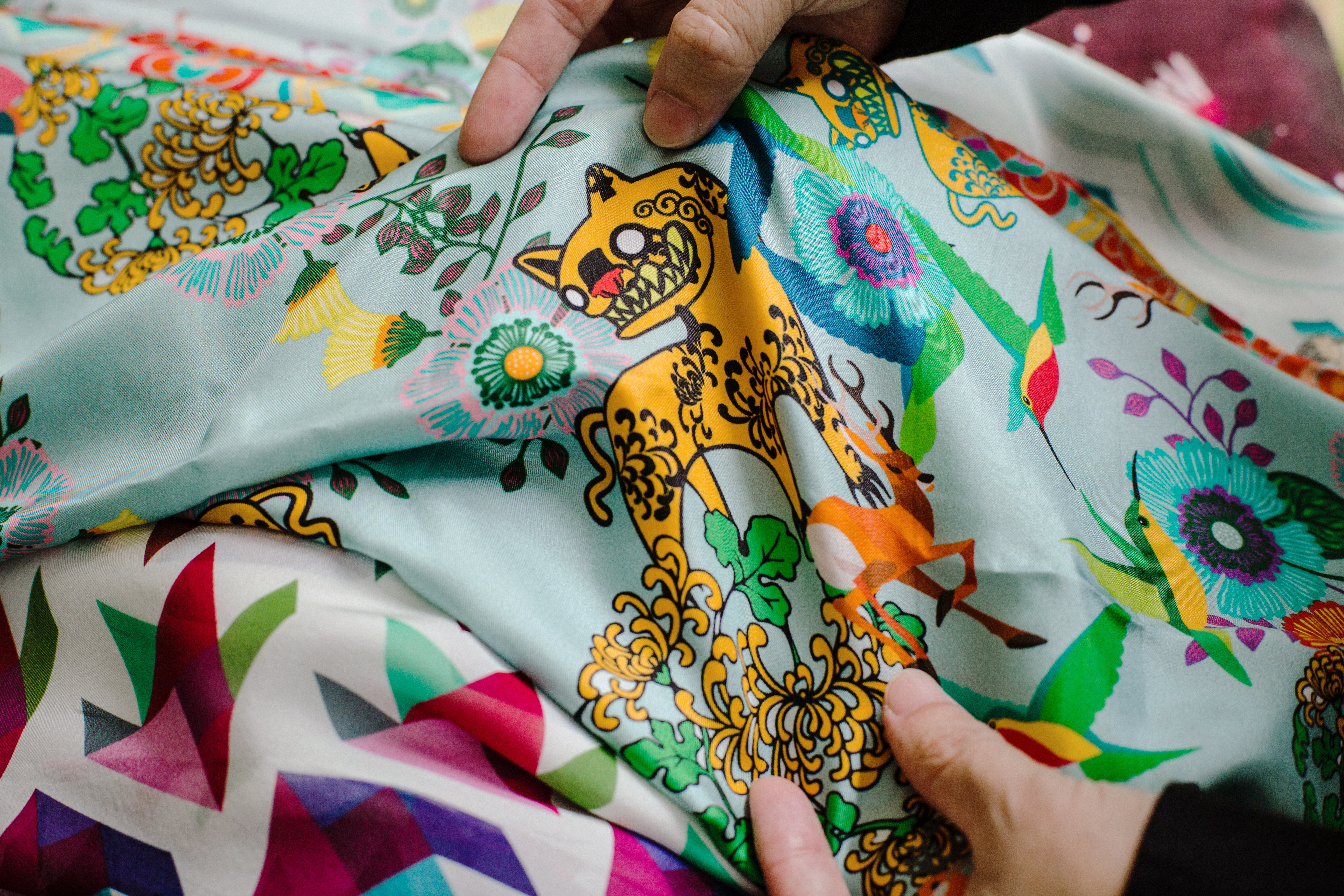 Seeing Hong Kong designers on international runways is a milestone moment for the city’s fashion scene. Before this there was arguably only one Hong Kong fashion designer who had skyrocketed to the global stage: Vivienne Tam. The Guangzhou-born, Hong Kong-raised designer won international acclaim in the early ’90s after launching her eponymous label from New York City. Beyond Tam, few Hong Kong designers have had successful international careers. That’s partly because the city has historically been a hub for textiles, manufacturing and merchandising – not creative design.

“There used to be lots of factories here in the 1970s, producing garments, accessories and textiles for brands in the US and Europe,” explains Stephen Liang, the assistant executive director of the Hong Kong Trade Development Council (HKTDC), which organises international runways and outreach events for emerging Hong Kong designers all year.

Those factories eventually moved to China due to lower rent and production costs, but Hong Kong’s links with the international fashion industry remained strong through trade, distribution and retail relationships. “We know the overseas market very well,” Liang adds. “And now we have designers who can leverage this strong base.”

As part of the HKTDC’s long-term efforts to promote Hong Kong industries abroad, Liang and his team have played an integral role in ensuring these emerging designers go beyond the relatively small Hong Kong market. In 2015, the HKTDC began organising dedicated Fashion Hong Kong campaigns at major fashion weeks around the world, from New York and London to Tokyo, Copenhagen and Shanghai.

“We also organise networking events with journalists and buyers, and we partner with local showrooms to showcase the brands’ latest collections to buyers during the industry’s sourcing period,” Liang explains. “We want to create business opportunities for them.”

Not coincidentally, Hong Kong’s fashion design industry has expanded quite quickly in recent years. According to the latest Hong Kong census, the number of local fashion design brands experienced a 32.43% uptick from 2012 to 2016, increasing from 370 to 490 establishments. And in 2018 the government approved 11 new projects – amounting to HK$20 million in grants – to support small fashion enterprises with the studio space and equipment necessary to develop prototypes. 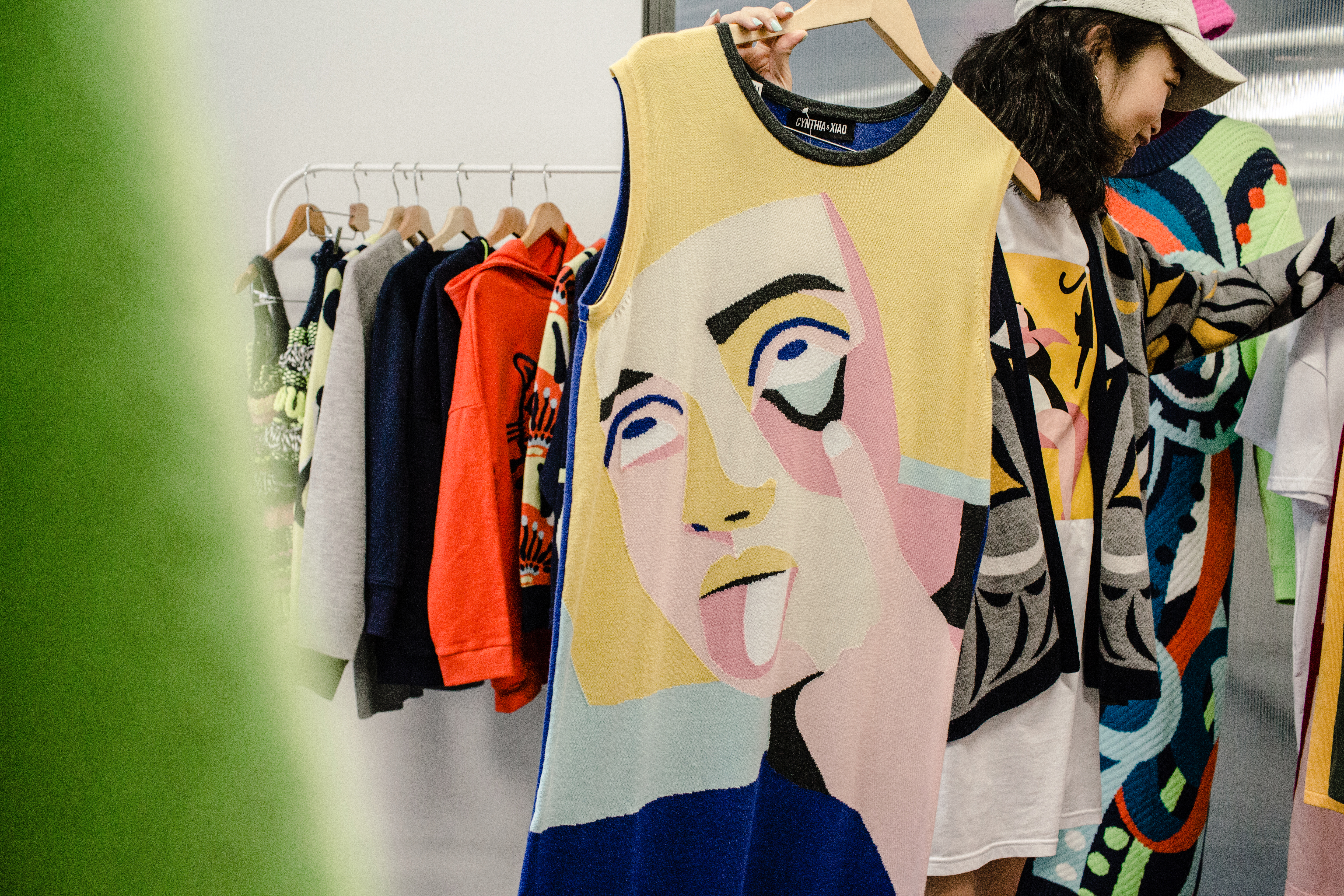 The city’s growing number of shopping options has also opened up new avenues for its fashion designers. Though lifestyle shops like Kapok have long been focused on indie brands, K11 Art Mall arguably kicked off a broader movement when it opened in 2009. The mall in Tsim Sha Tsui is packed with local brands, lesser-known international labels and art installations, providing a welcome alternative to Hong Kong’s mega malls.

In 2014, PMQ took the scene a step further when it debuted in the heart of Soho. Housed on the site of the former Police Married Quarters, this hub for art, design and heritage offers subsidised studio space to local indie designers, holds regular pop-up shops and celebrates all things Hong Kong.

Joining the pack, Tai Kwun opened last year along Hollywood Road primarily as a centre for heritage and arts – but there’s lots of fashion too. Set within the colonial-era Central Police Station compound, the ambitious heritage revitalisation project boasts an array of local boutiques, including Harrison Wong, Loom Loop, Glue & Goods and Hexadoor. 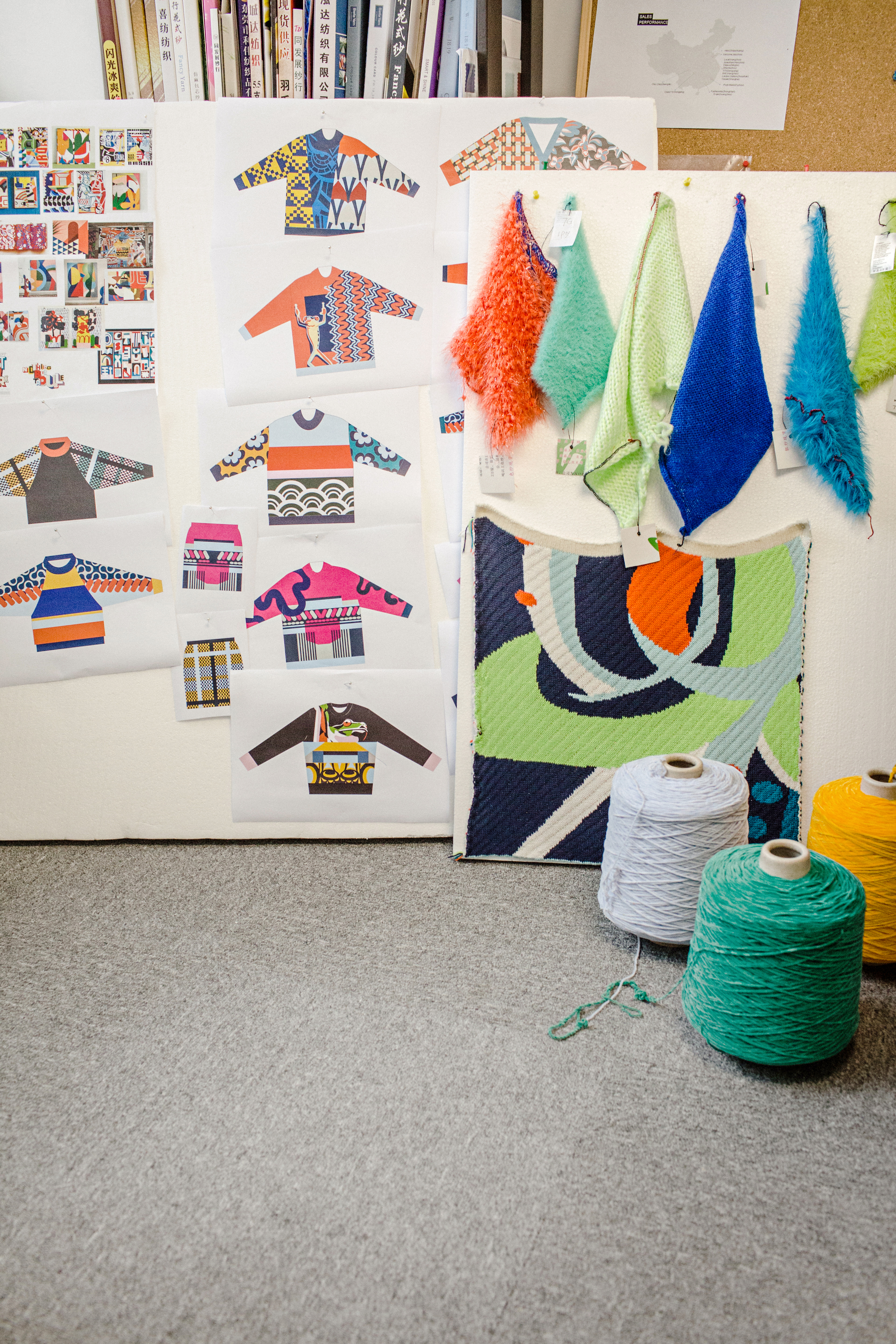 This rising interest in fashion design has spurred a wellspring of events, trade shows, awards and incubation programmes across the city, including the annual Centrestage coming up this September. Considered Hong Kong’s most important fashion event, the four-day trade show features a mix of consumer and business events, from runway exhibitions and talks to the annual Young Fashion Designers’ Contest.

“About 10 years ago there weren’t so many independent design brands in Hong Kong,” Polly Ho recalls. The co-founder of indie brand Loom Loop, which creates colourful garments from Canton silk, attributes the growth to growing government and industry support, and has herself benefited from Hong Kong Design Centre’s Design Incubation Programme and Fashion Incubation Programme (FIP).

Established in 2017, the government-funded FIP selects a cohort of 15 local designers every two years through a panel of judges. The chosen designers enter a two-year programme that provides numerous benefits, including studio space, marketing support, mentorship, partnerships and international outreach. “No one here is trying to mass produce, because there’s no competing with China,” director Kennis Chan says. “Designers are becoming more focused on innovation and creativity.” 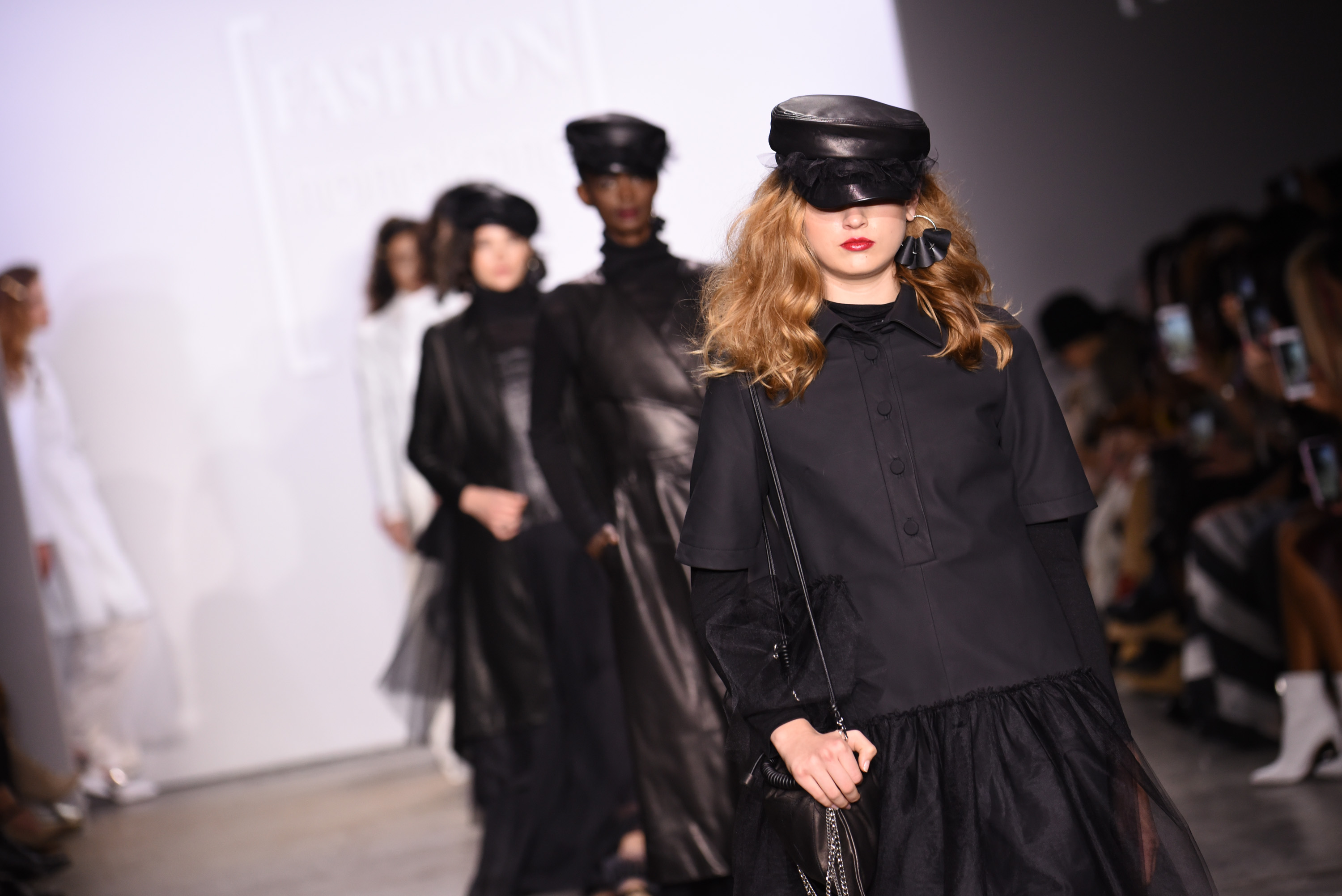 Nevertheless, despite the prestige of events like New York Fashion Week, aspiring designers must reckon with the importance of China as a market. The mainland is poised to overtake the US as the world’s largest fashion market this year, according to consultancy McKinsey & Company and The Business of Fashion’s State of Fashion 2019 report. “Nearly all of our designers will participate in Shanghai Fashion Week,” Chan explains.

Business strategies aside, Chan says the sheer creativity and diversity in the current FIP cohort is electric. There’s colourful luxe knitwear by Cynthia & Xiao, neo-noir womenswear by Yeung Chin, romantic tailoring by Demo as well as Ffixxed Studios’ experimental and genre-defying look. Individually, each label has its own idiosyncratic style and techniques. Together, they form Hong Kong’s new wave of local talent – bringing with it its own unique and distinct aesthetic. 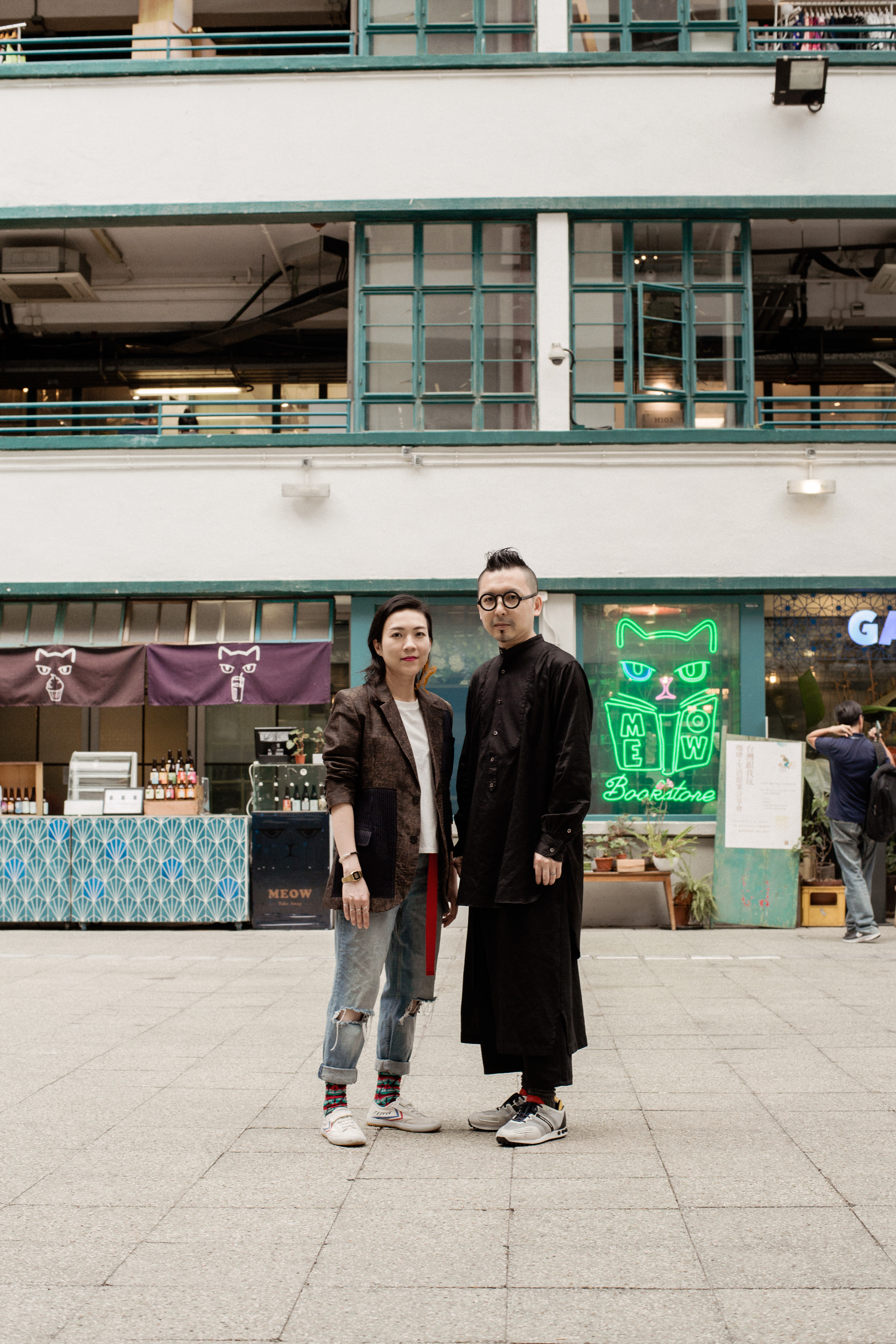 Founded in 2014 by Polly Ho and Andy Wong, Loom Loop revolves around Canton silk, a beautiful heritage fabric that the duo discovered while travelling in Guangzhou. Recognised on UNESCO’s Intangible Cultural Heritage list, this 400-year-old traditional dyeing technique makes its appearance on the brand’s bags, dresses, kimonos and silk gilets.

“We couldn’t believe how much time and effort go into making this fragile silk, from the plant-based dyes to the sun-drying… it’s 30 steps in total and all done by hand,” Ho says. “It’s eco-friendly and nothing short of painstaking.”

“Uphill tiger paintings provide the house and family with protection from evil spirits, while downhill tiger paintings keep the money rolling in and ensures that the family lives in harmony,” Ho says. “Combining prints of tigers, peacock feathers, astronomy and flowers, we continuously play with ‘print on print’ for our own take on Chinese style.” 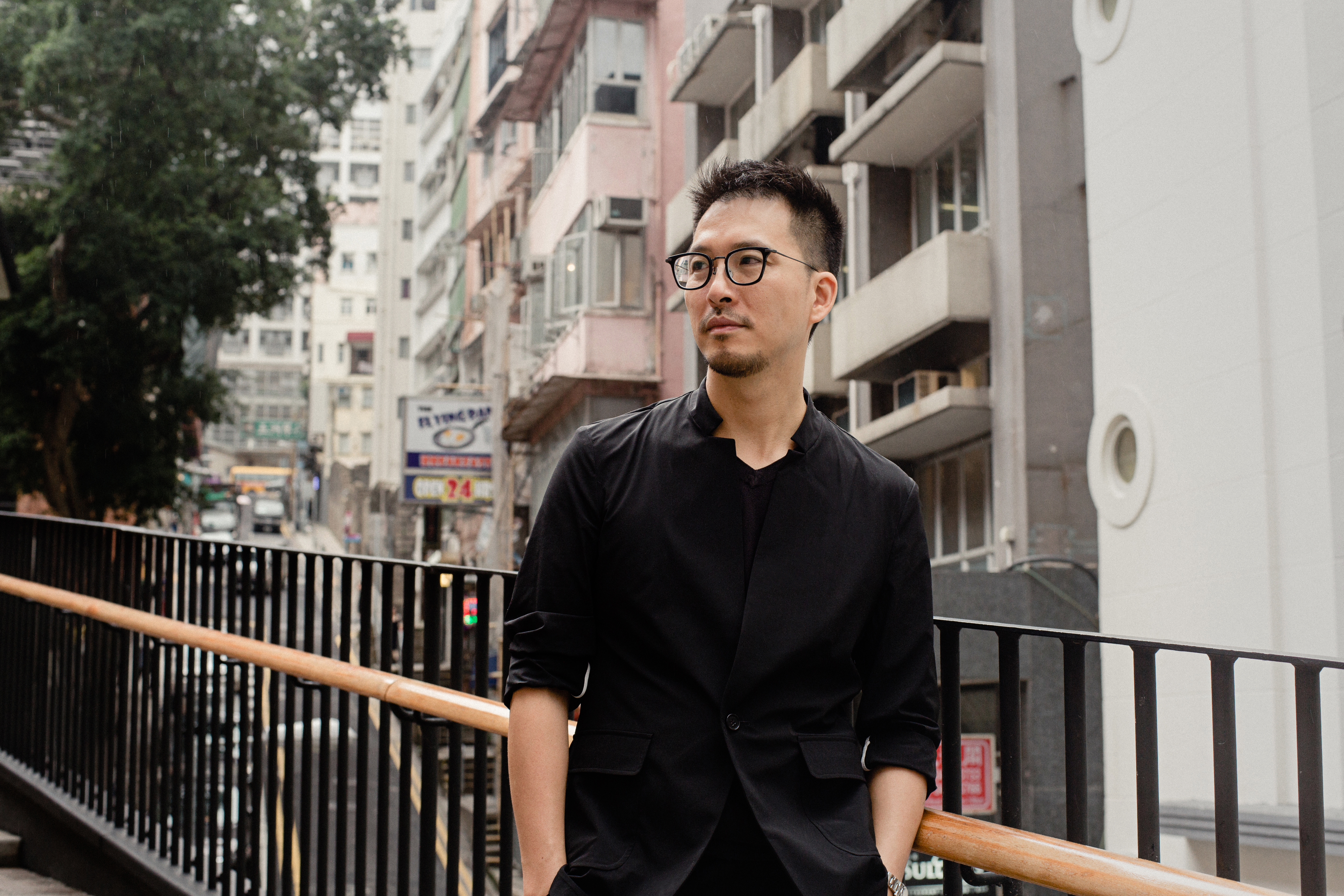 Harrison Wong established his label in 2002 after working for several fashion houses and earning his master’s from the London College of Fashion.

“For as long as I can remember I have loved art and design. I knew at an early age that this was my destiny,” Wong says.

In the early years Wong had focused on building his brand abroad in cities like New York, Milan, Shanghai, Taipei and Sydney – but he’s more recently expanded his presence in his hometown with multiple boutiques across the city, from Tai Kwun and PMQ to Ocean Terminal and K11 Art Mall.

Wong, after studying in London, felt that it made more sense to start by pursuing the international scene rather than moving home and launching in Hong Kong’s smaller market. But he had always planned to return. “This is my hometown – I identify as a Hong Kong brand.”

Designing collections for both men and women, Wong has become known for understated streetwear that features smart layering and bright, sporty fabrics. In his SS19 collection, for example, he layers a metallic coat over a retro, mustard-and-grey checkered suit, alongside royal blues, geometric prints, moody black overcoats and futuristic hoodies.

“To hold it all together, I use edgy tailoring that’s inspired by my love of architecture,” he adds. “All these diverse elements combine to create radical silhouettes that are simultaneously oversized yet neatly tailored, trendy yet traditional.” 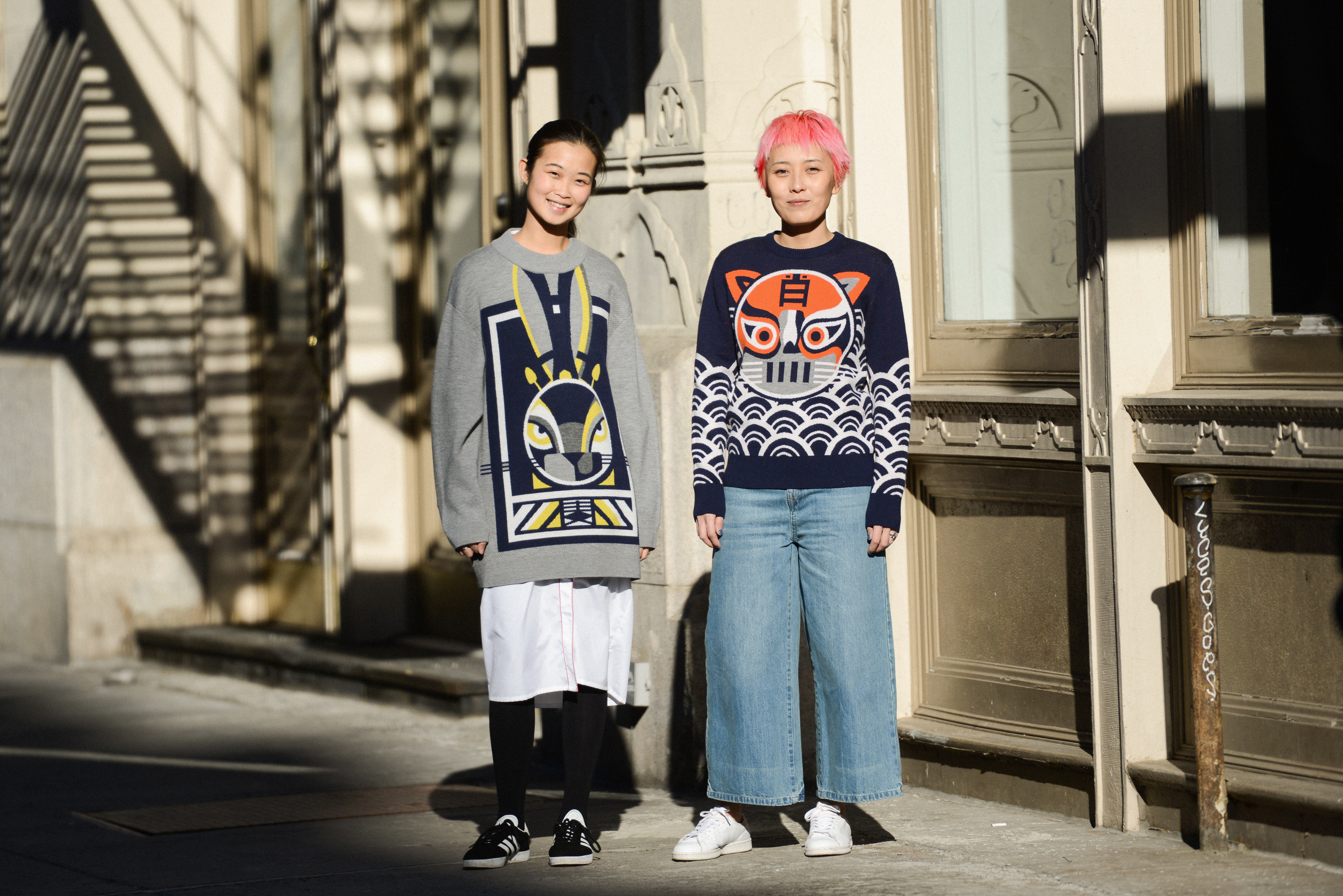 After meeting at Central Saint Martins, a renowned art and design college in the UK, designers Cynthia Mak and Xiao Xiao teamed up in 2014 to launch their eponymous knitwear label. Cynthia & Xiao’s playful patterns and thoughtful tailoring have earned the brand several awards, and the label was featured at Fashion Asia Hong Kong’s 10 Asian Designers to Watch exhibit earlier this year.

The designers tend to work with 100% merino wool and they crochet many of the pieces by hand. “We find inspiration literally everywhere. Sometimes, a random book, an art gallery or even a conversation with friends can spark ideas,” Mak says.

The duo took inspiration from the meticulous drawings of German zoologist Ernst Haeckel for their FW19’s collection’s boisterous patterns. “Our FW19 collection was inspired by the mysteries of the deep sea, coral reefs and marine life, like the bizarrely beautiful anglerfish,” Mak says. With the brand’s neon palette and signature merino wool, collections like these dazzle with their bold sense of imagination. 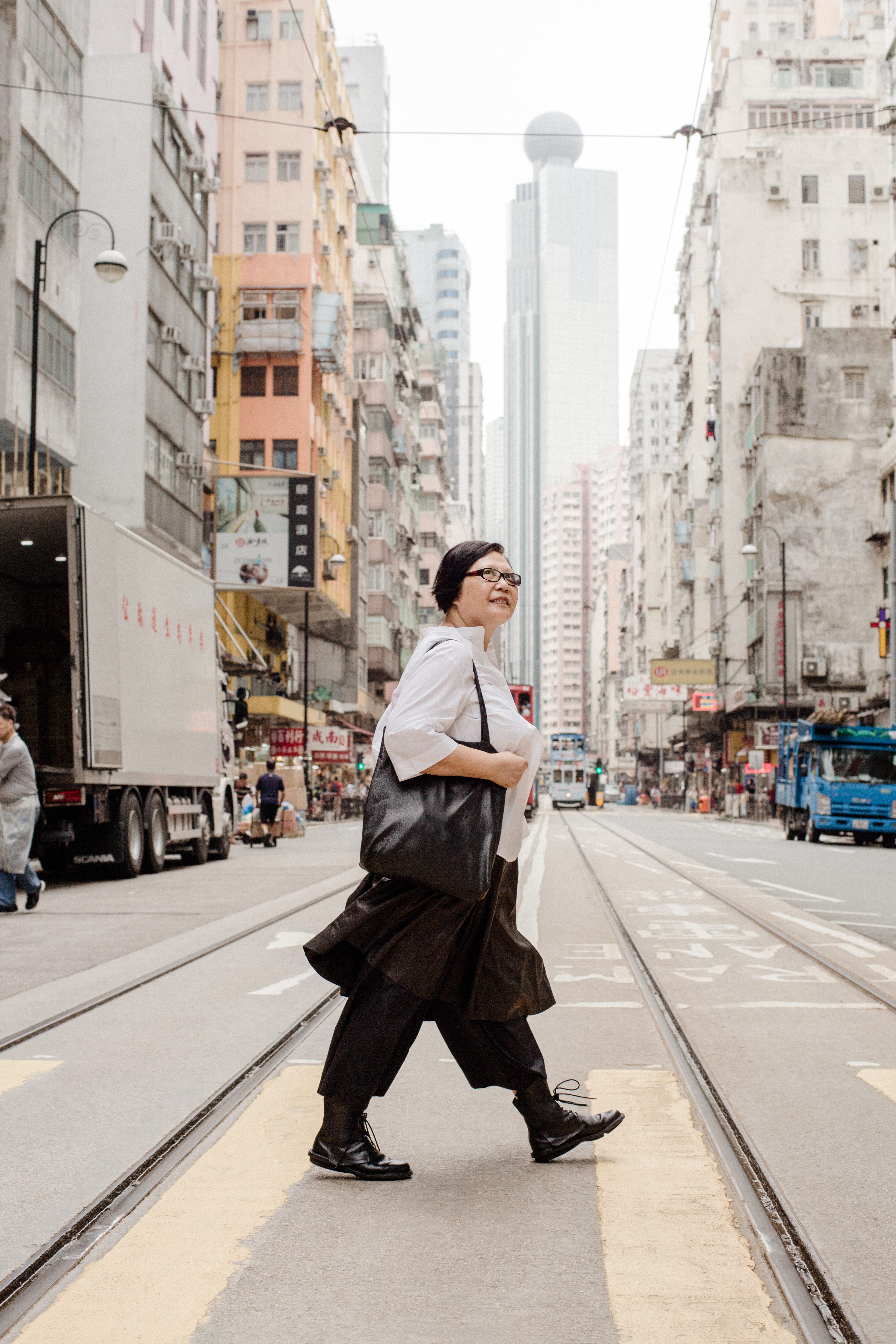 Over 30 years ago, self-taught Hong Kong designer and tailor Annette Chan opened a leather manufacturing company that served many international brands. As she honed her craft, Chan dreamed of starting a womenswear line that celebrated the beauty and versatility of her favourite material.

“Leather is unlike any other material – every single piece is naturally unique,” Chan says. “It’s not only functional, as many might think. Leather can be distinct and personal. I want to help people understand the possibilities of leather, by turning it into something stylish and full of character.”

In 2007, Chan established local womenswear brand Anveglosa and has been crafting flattering silhouettes made with high-quality European leather ever since. The FW19 collection, dubbed “Salute to Fashion”, is a prime example of Chan’s unique style. In what feels like a retrospective of historic fashion moments, the collection covers everything from gathered skirts, pleats and fascinators to billowing tulle dresses, sleek overcoats as well as regal tunics.

“The modern world puts a lot of emphasis on efficiency. People like everything fast and often neglect or overlook the details and essence of what’s happening around us,” Chan says. “So I was inspired by the good old days of fashion design – it’s also a symbol of our respect towards the tradition and heritage of the fashion industry.”

The former Police Married Quarters in Soho transformed into a hub of design and creativity in 2014. Here, you’ll find pop-ups, festivals, hands-on workshops, design studios and, of course, lots of local boutiques. 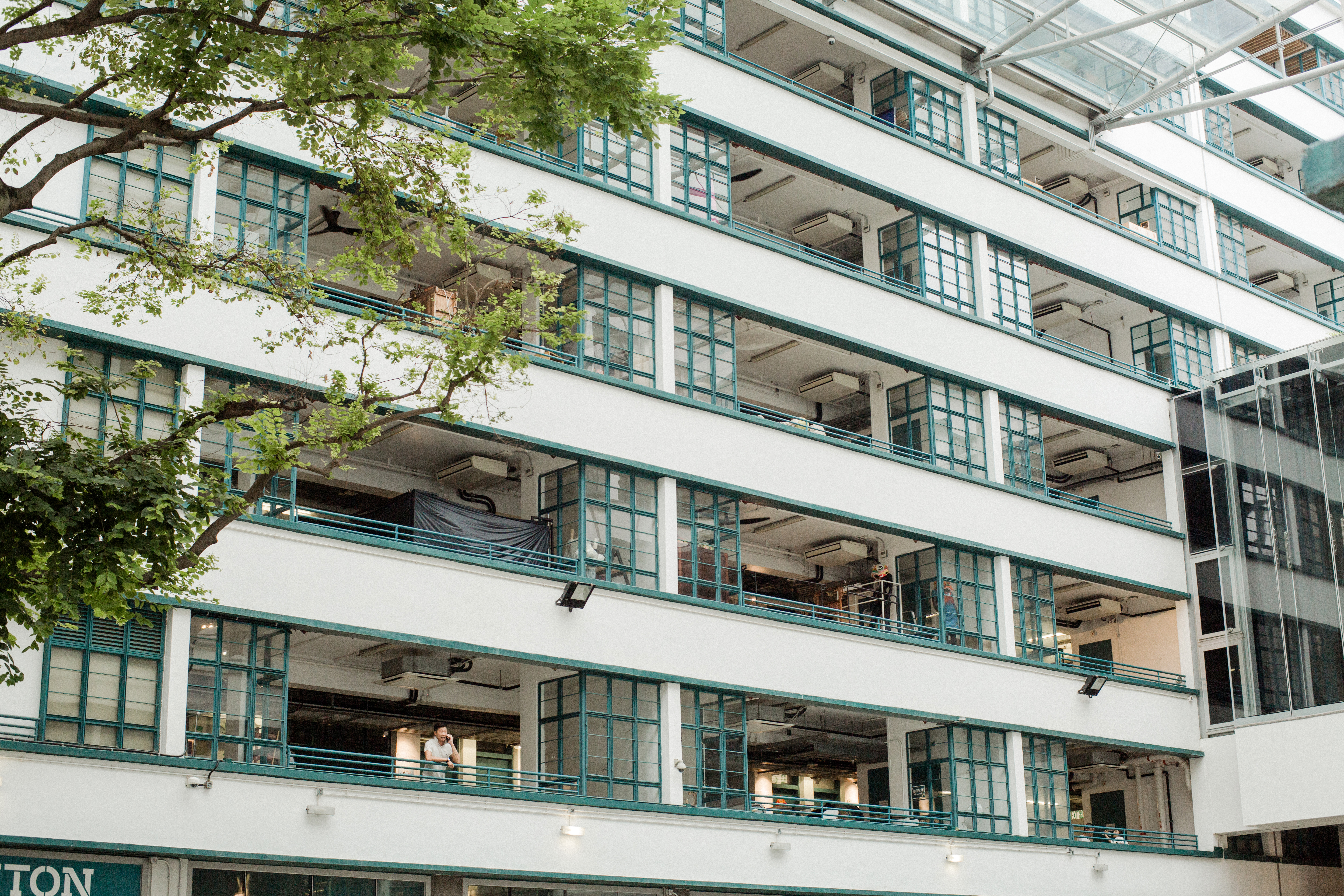 The arts and heritage centre has dedicated ample boutique space to local brands such as Harrison Wong, Hexadoor, Loom Loop, Loveramics and more. Linger a while longer for the excellent art, architecture and restaurants. 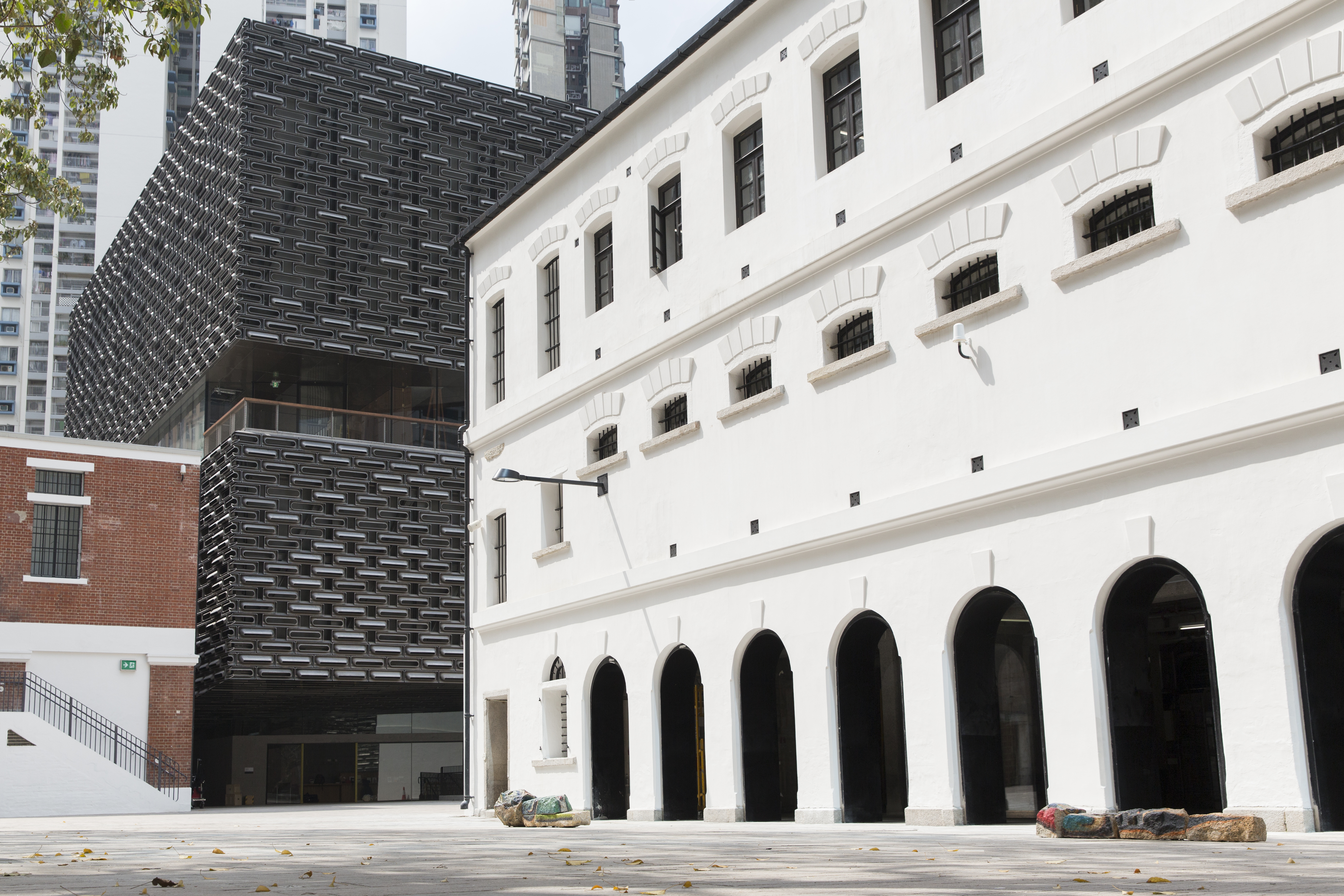 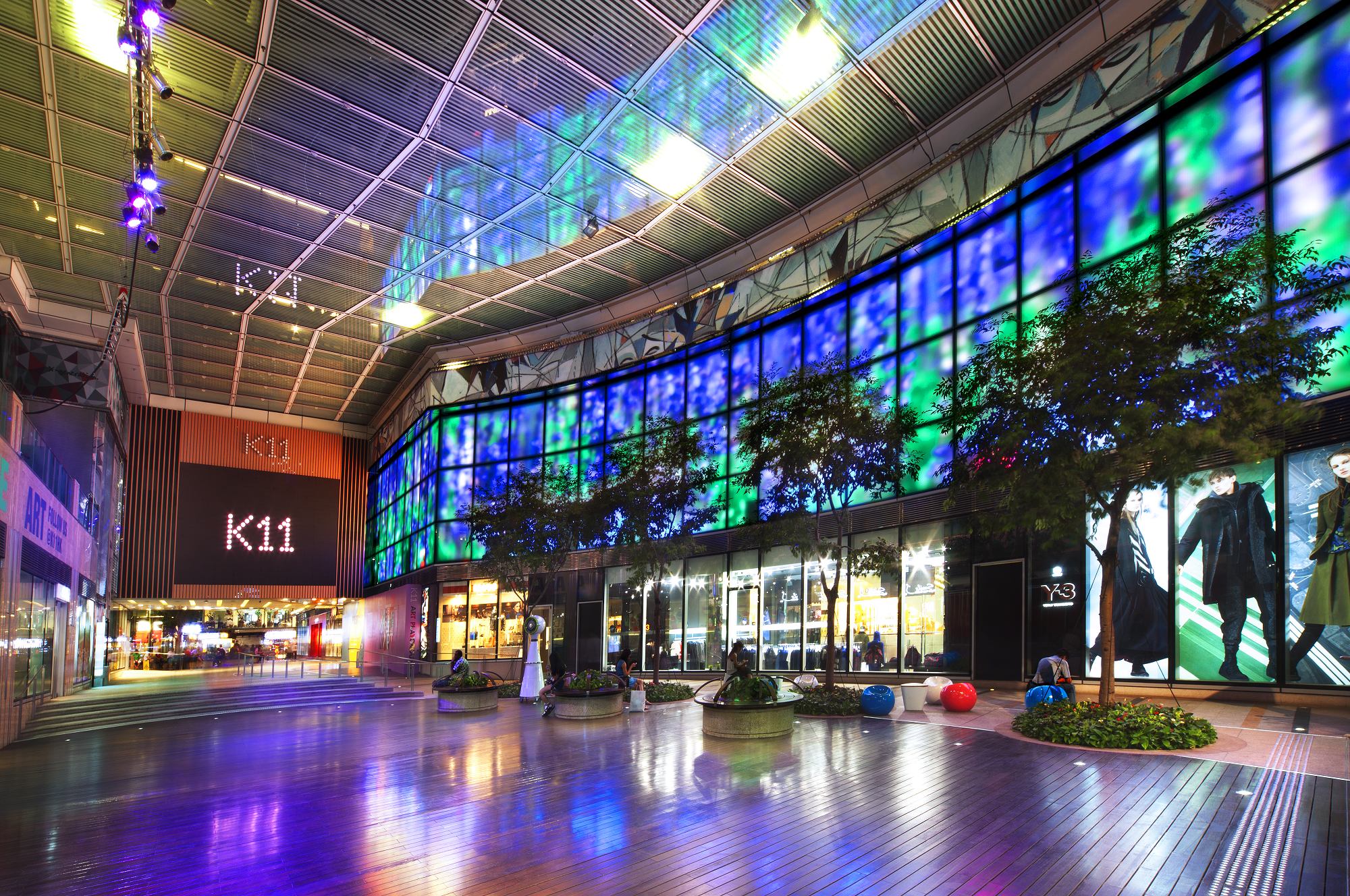