With a plant-based burger that tastes like a juicy hunk of beef, the biochemist and founder of Impossible Foods wants to change the world – and the minds of carnivores 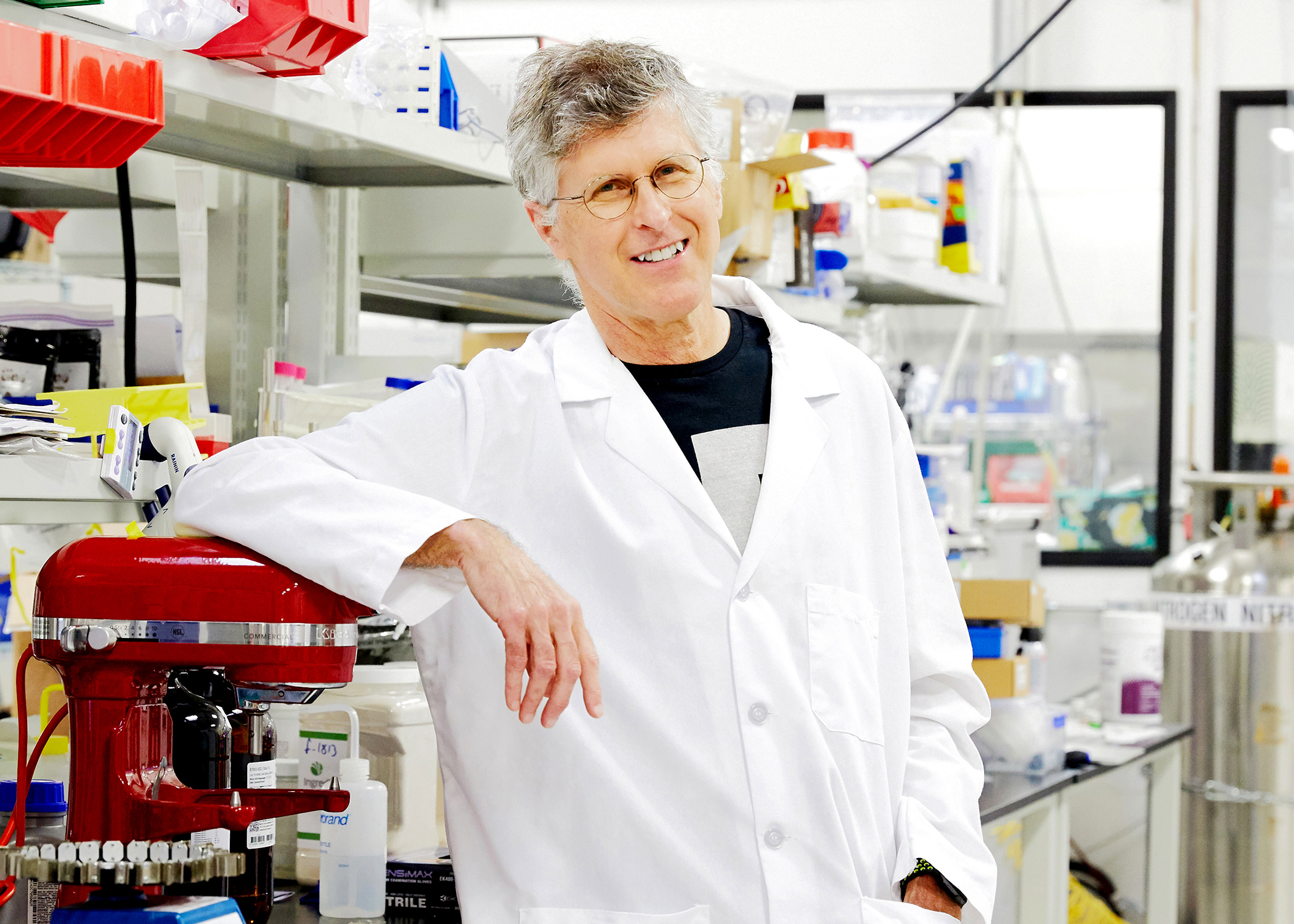 On August 28, 1830, the driver of a horse-drawn Baltimore & Ohio railroad car challenged America’s first steam-powered locomotive to a race. After building up speed, the experimental engine overtook the horse and onlookers gasped in shock. But shortly before the finish line, the locomotive broke down and stopped, leaving the horse victorious.

Impossible Foods founder and CEO Patrick Brown uses this tale as an analogy for his company’s vision “to completely replace animals in the food chain”. The Silicon Valley startup is behind a ground-
breaking plant-based product that is convincingly similar to ground beef.

“Yes, the locomotive lost. But the point was that it was never going to lose again,” he says. “It’s some 200 years later, and the horse hasn’t gotten better, but mechanised transportation gets better every day. And we’re in the same place with respect to the food system.”

In fact, Brown claims that by the time his company launched its upgraded Impossible Burger 2.0 in January this year, it had already been working for three months on further improvements to its flavour, texture, juiciness, handling, grillability, nutritional profile and other qualities. “I see no sign of that stopping. And that’s how I know we’re going to win.”

This could come across as brazen Silicon Valley talk. But Brown doesn’t fit the self-aggrandising stereotype of a startup founder – he points out he is “not a business guy”. He is, rather, an eminent scientist. Before starting Impossible Foods in 2011, Brown was a professor of biochemistry at the Stanford University School of Medicine and made significant breakthroughs in cancer research. His approach is evidence-based, focused through the lens of his ultimate aim: to find a solution to the impending catastrophe of climate change.

“Using animals to make food is by far the most destructive technology on Earth,” Brown says. According to the UN’s Food and Agricultural Organization, livestock accounts for around 14.5% of human-induced greenhouse gas emissions globally. Cattle raised for beef and dairy are responsible for 65% of this figure. Moreover, animal agriculture requires around a third of all the freshwater humans use on the planet.

“Animal-based technology is fundamentally unimprovable, except marginal improvements in efficiency at the cost of animal welfare,” he says. “The way we achieve our mission of eliminating the use of animals in the food system is by creating better alternatives for people who are looking for meat or fish. We have approximately zero interest in vegan and vegetarian customers,” he adds, matter-of-factly. “Making a product for vegetarians accomplishes nothing.”

So what exactly is inside an Impossible burger? Soy protein, coconut oil and sunflower oil form the bulk, along with potato protein and vitamins that raise the nutritional profile to be similar to that of beef. But the most important ingredient is soy leghemoglobin, or heme – a red, iron-rich molecule also found in animal muscle. This “magic ingredient”, as Brown calls it, is responsible for a rich, meaty flavour as well as the burger’s “bleeding” quality.

It took five years for the first Impossible burger to go on sale. During this time, the team established a way to culture soy heme using genetically engineered yeast, eliminating the need to grow soy plants. “An early prototype was characterised by tasters as tasting like rancid polenta – that’s how we knew it wasn’t ready for market,” says Brown.

It is certainly ready for market now. Impossible has attracted US$475 million in funding to date, including backing from Bill Gates, Google Ventures and Li Ka-shing’s Horizons Ventures. “The market for meat, dairy and fish is US$1.5 trillion,” Brown points out. “In 10 years, it will be US$3 trillion. So you have a multitrillion-dollar market being served by a technology that hasn’t fundamentally improved in thousands of years and is reaching some very hard limits to scaling. To a venture capitalist, that sounds like an opportunity.”

After the US launch, Impossible’s next move was to Hong Kong in 2018. It was a no-brainer for the company. “Hong Kong is an international crossroads, and has tremendous diversity and innovation in cuisine,” Brown says. “A high fraction of meals are eaten out of the house, and it’s one of the highest cities in terms of per-capita meat consumption.” 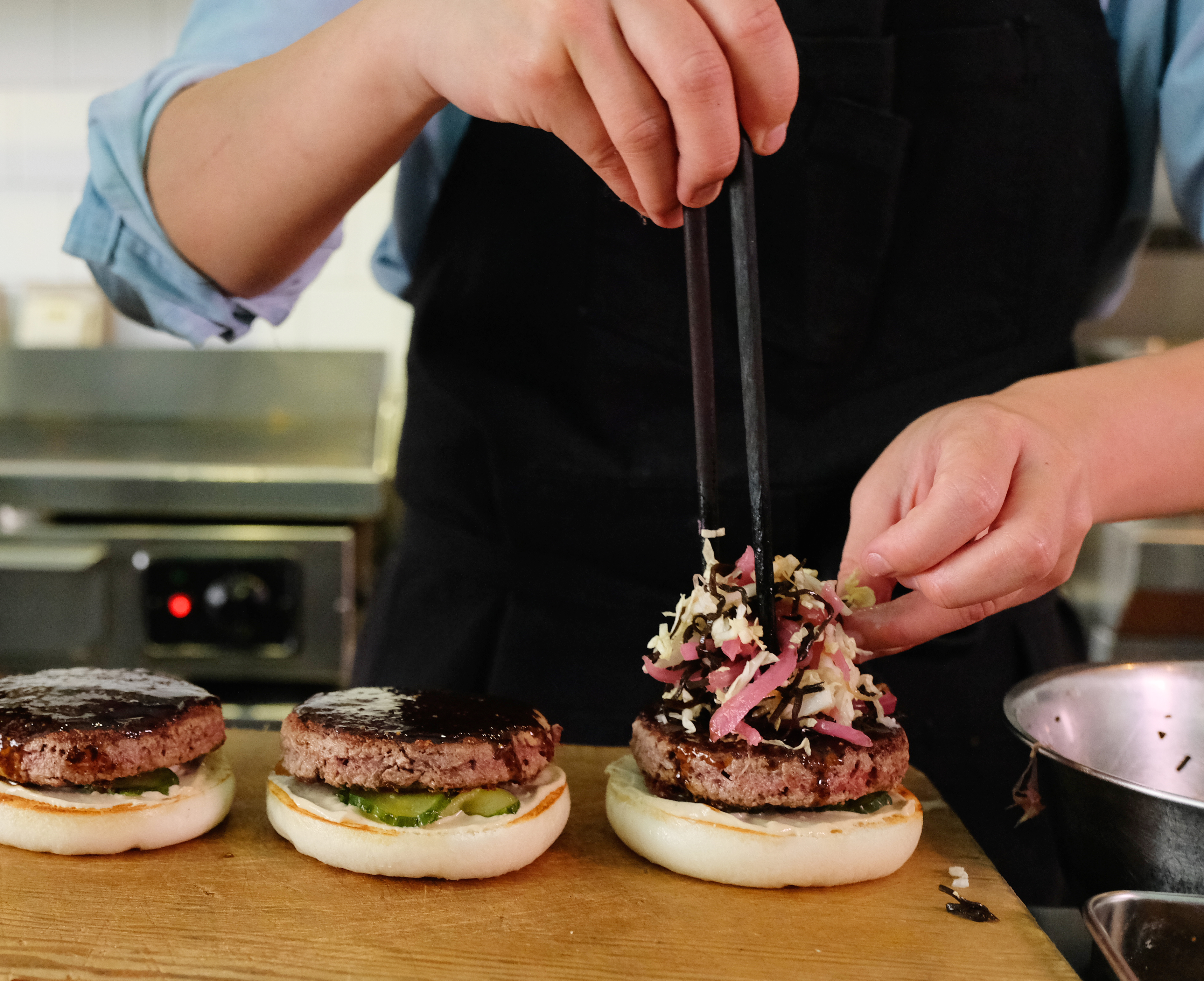 Impossible is now available in thousands of restaurants across Asia and the US, and the new Oakland factory is ramping up production to make over two million pounds of plant-based meat per month. In the long-term, Impossible plans to release a steak, along with other alternatives like poultry, pork and fish.

There has been criticism about Impossible’s genetically engineered yeast and questions about whether the nutrition profile is truly comparable to meat. But Brown is unfazed. “It’s been an evolutionary process, but the really important message is that there’s absolutely no doubt that we’ll be successful in our mission,” he says.

On July 31, 1831, the Baltimore & Ohio Railroad replaced all of its horses with steam-powered locomotives. Nearly 200 years later, it looks like Impossible’s world-changing ambitions are at full steam ahead, too.

A twist on a Chinese street food favourite, the Impossible Xinjiang Hot Pocket is stuffed with an Impossible patty, fiery Xinjiang spices and Chinese mustard greens.

You’ll be amazed by the gooey, meaty Impossible Chilli Cheese Fries – they’re totally vegan. Diners can also ask for an Impossible patty in any burger on the menu.