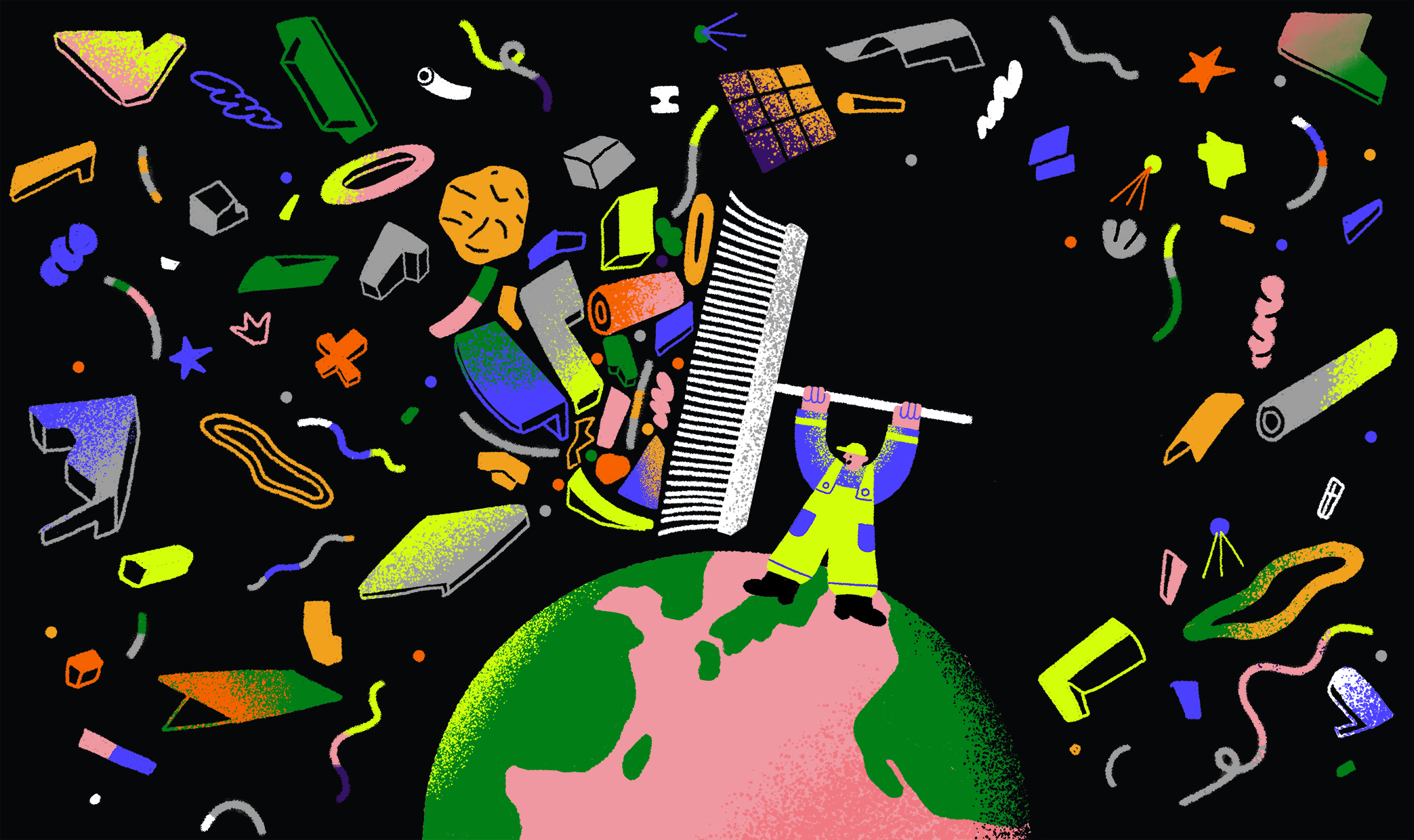 While increasingly sophisticated space technology makes launches easier and more frequent, the rise in traffic comes with a downside: space debris. The 700,000 or so pieces of junk already in orbit – ranging from coin-sized rocket scraps to disused satellites as big as houses – are hurtling at speeds of 8km/second, with the potential to destroy space stations or the satellites we rely on every day for telecommunication and defence.

Japan-headquartered Astroscale, recently named Forbes Japan’s Startup of the Year, is working hard to avert this catastrophe. Its latest project, the End-of-Life Service by Astroscale (ELSA), is set to launch in 2020, comprising two single-mission spacecraft that can rendezvous with, capture and dock orbiting junk. When the debris is successfully docked, the spacecraft will be forced back down to Earth, where the entire package will burn up upon re-entry.

With the Kessler Syndrome – a chain reaction of increasingly likely collisions – an acknowledged danger, Astroscale hopes its affordable technology could present a viable and scalable solution.

Space debris by the numbers

Total mass of all space objects in Earth’s orbit