With government plans to further protect sea turtles around Hainan recently kicking in, are local attitudes towards the creatures finally flipping? Jamie Fullerton visits Haikou’s only turtle hospital to investigate 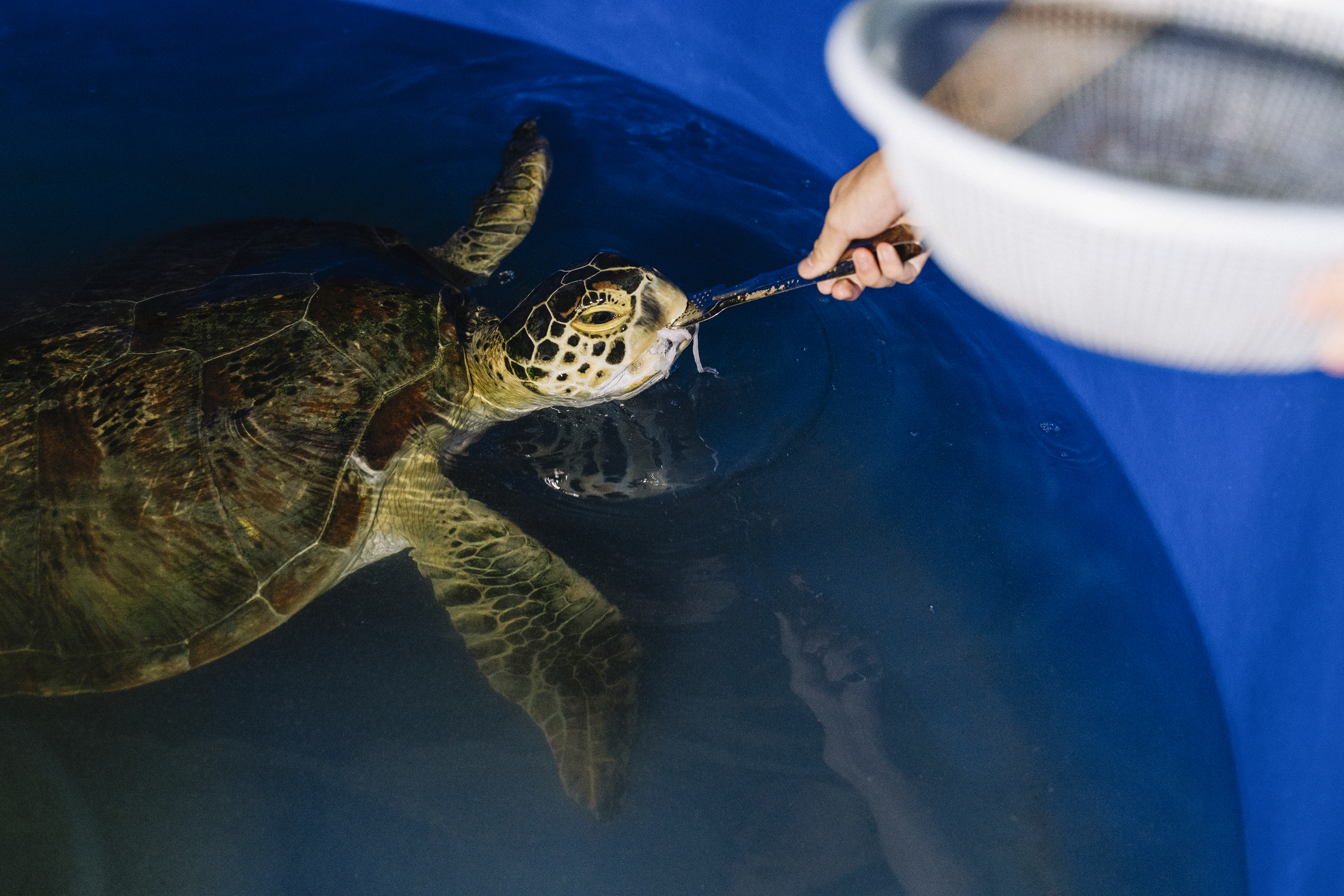 The main campus of Haikou’s Hainan Normal University feels much like any other major Chinese uni. Book-clutching students saunter between classroom high-rises slurping bubble tea. Lecture schedules are taped to noticeboards, and a few signs add dashes of colour to the landscape of grey concrete and green lawn.

Then, you notice the barbed wire – laid on fences, encircling what looks like an inconspicuous garden. 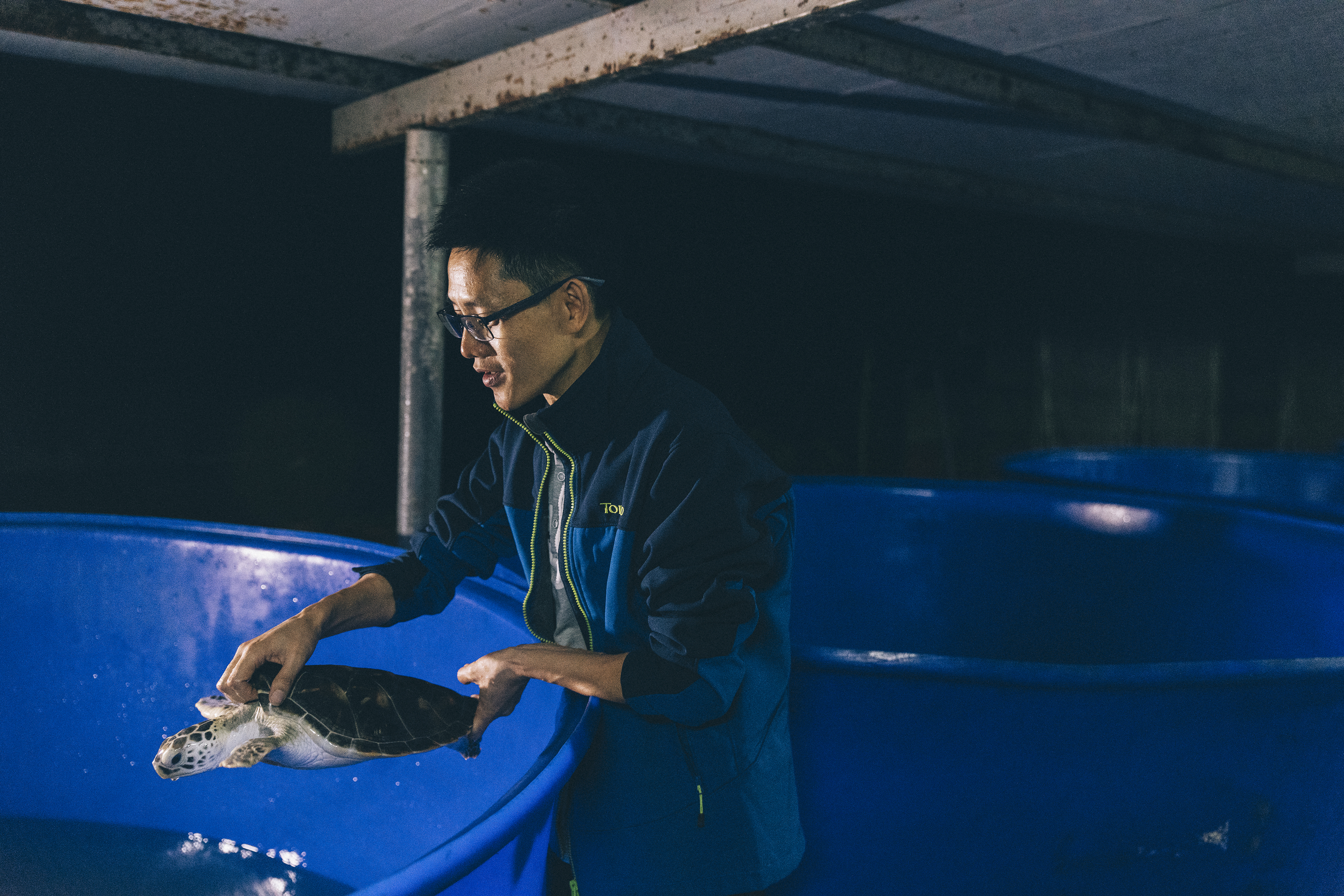 Lin Liu, a 38-year-old biology professor, unlocks a padlock on the metal gate leading to the closed-off area. This, it turns out, is part of the university’s turtle recovery centre, the only one of its kind on Hainan, the tropical and subtropical island province on China’s south coast. 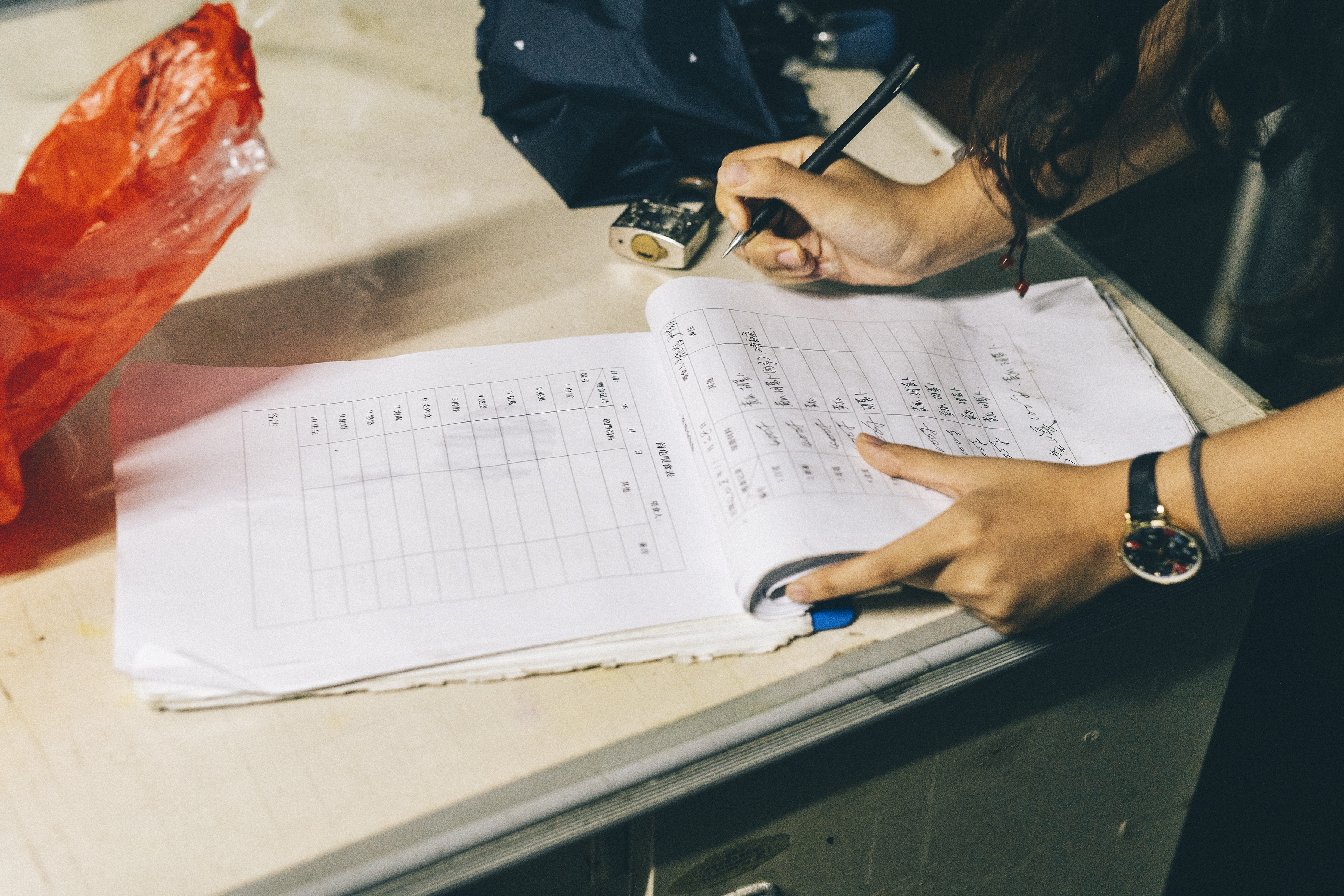 “These turtles are valuable,” says Lin, pointing at the ominous wire. He smiles as he clicks the lock shut behind us. “And cute.” It’s hard to disagree – entering the turtle hospital feels like landing the Pokémon Go mother lode. 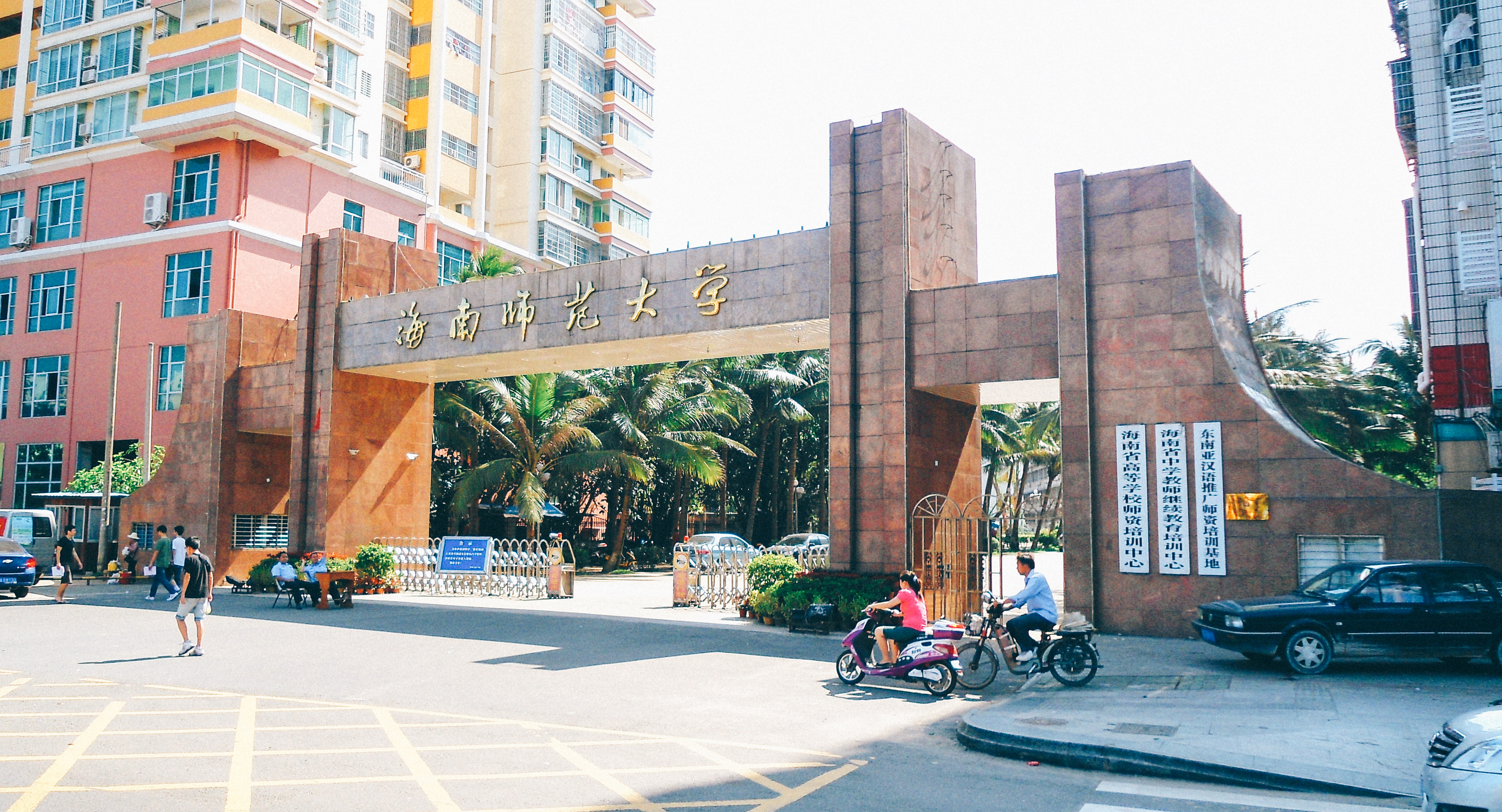 Lin walks to a huge blue vat filled with sea water, in which a massive turtle is swimming around, gently slapping its fins against the plastic sides. This is Pang Pang, who Lin estimates to weigh 150kg. The name means “fatty”, Lin says, not needing to elaborate further on the rotund creature’s moniker. It could get even bulkier – members of the omnivorous species can weigh up to 180kg.

This turtle is one of around 20 currently being cared for in the centre, where Lin works alongside eight other university staffers and some 20 student volunteers. They operate under the guidance of biology professor Shi Haitao, a legend in turtle circles, having set up the facility in 2013 and studied the animals since 1989. At the time of writing, 83 turtles have been treated here. 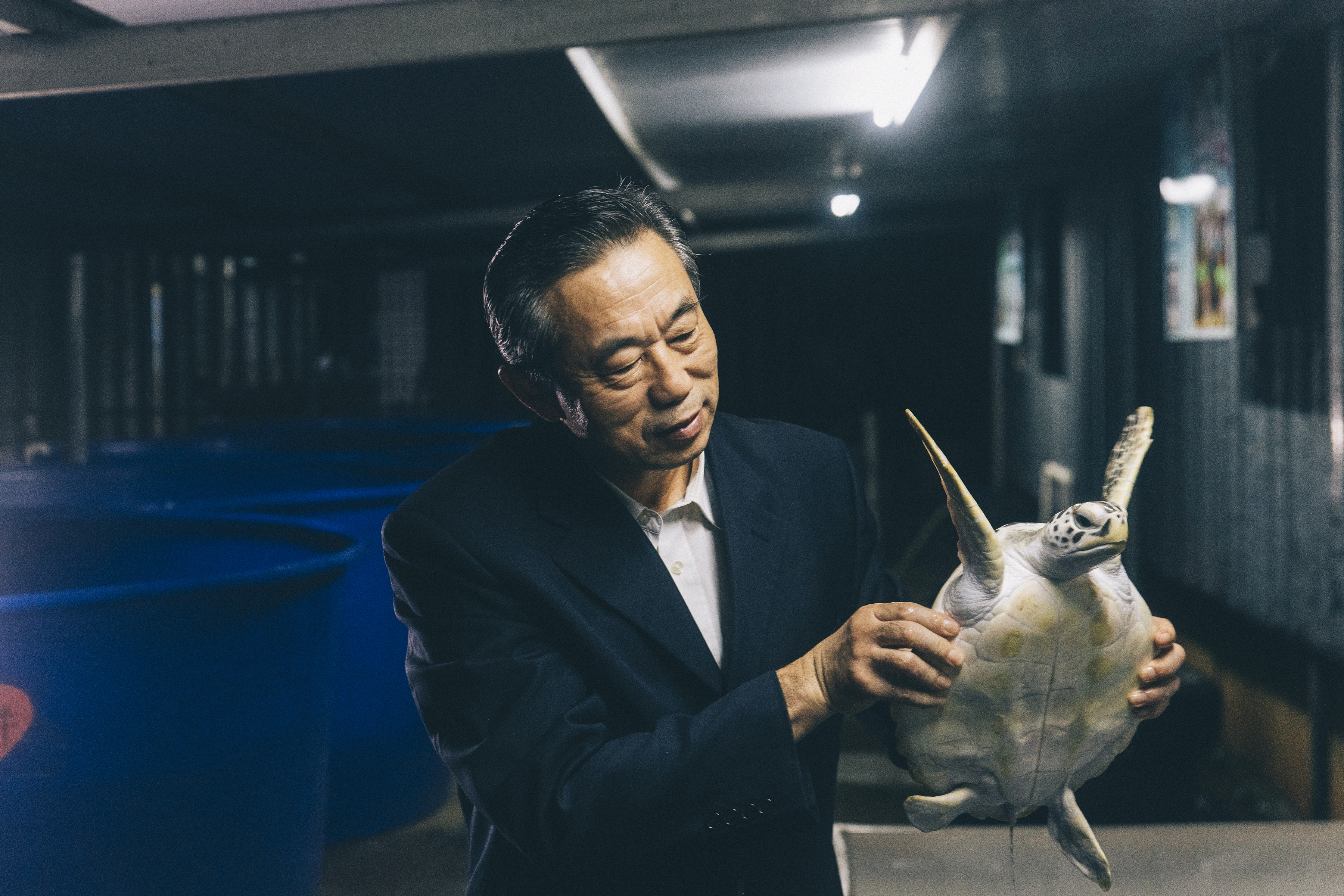 Patient Pang Pang looks happy enough, chomping the carrot sticks we chuck to him. But the ailment he is recovering from is a worrying indicator of how difficult life can be for Hainan’s endangered turtle species, which include hawksbill turtles, green sea turtles and loggerheads.

It’s illegal in China to trade or own any of the five species of endangered turtle found in the country, the other two being leatherback turtles and olive ridley turtles. This fact isn’t always known or appreciated by tourists visiting Hainan. As well as trips to Haikou’s beautiful beaches and charmingly laid-back Old Town, purchasing turtle-derived souvenirs is often on visitors’ to-do lists.

When members of the public report seeing injured turtles to authorities, or when the police confiscate them from owners or poachers, they are taken here for recovery. Pang Pang was given to Shi’s team after being confiscated from a local who was exhibiting him at an event. Unable to swim straight because he had eaten so much plastic before he was taken from the ocean, he’s being kept here until he can swim in a way that doesn’t look like he’s drunk.

“Most of the turtles here have bodily injuries,” Lin says, showing me a smaller turtle with a towel on its shell, to help it recover from what was probably a blow sustained at sea. Fishing has remained a major industry on Hainan, dovetailing with the rise of the tourism industry to compound the risk to turtles. “The animals get injured by fish nets and propellers,” Lin adds. “We care for them, and these days usually release six or seven per month back to the wild.”

Most turtle treatments are straightforward, such as simply keeping them safe and fed in buckets while they recover from flesh wounds. Some are more complicated. In a room upstairs from the garden, a student administers an intravenous drip to a green sea turtle, with a bag of liquid nutrients suspended above the animal via a metal pole.

While other students diligently work on turtle data logs, Professor Shi arrives. Smartly suited, the 56-year-old has slick grey-flecked hair and an expression instantly giving away his love of the animals under his care. He grins as he examines a pizza-sized turtle, checking its yellow and white underbelly. 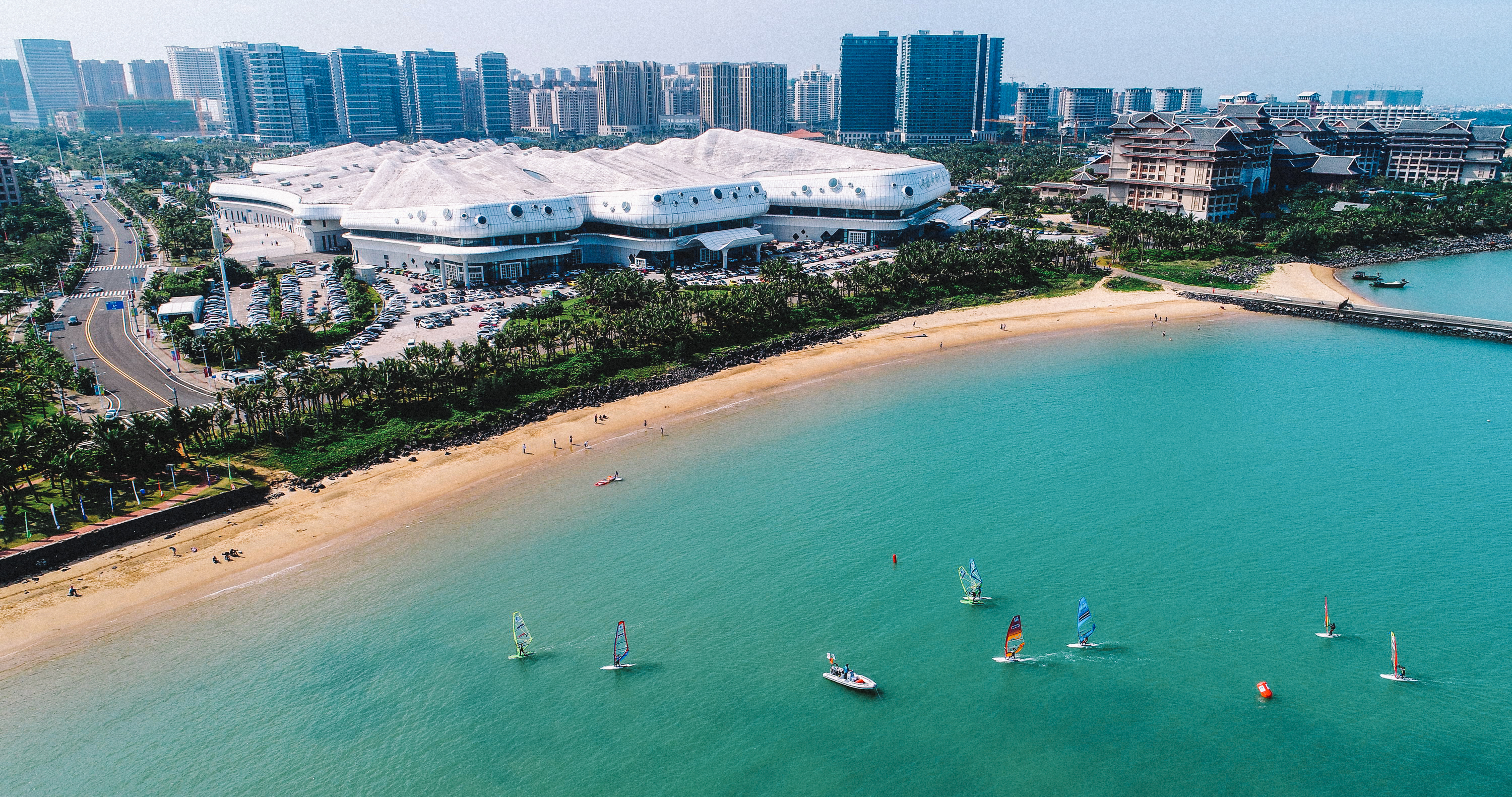 Sea turtles such as these spend almost all their lives at sea, with females only coming to land to lay eggs. Shi says that they used to nest on Hainan, but none have done so for around 40 years. Rampant commercial development on the island, largely in the cities of Haikou and Sanya, has led to the animals avoiding beaches they used to lay on.

“The turtles feed around Hainan but now they breed on isolated islands in the South China Sea,” Lin says. “We hope that one day they’ll come back.”

To see a baby turtle poke its head through an egg on a Hainan beach is Shi and Lin’s dream. But the island’s real estate rush is only part of the reason why this doesn’t happen. Sea turtles, Shi says, are often seen as status trophies in China, and myths about their qualities as food have fuelled an illegal trade industry. It’s still possible to find full taxidermied hawksbill turtles in Haikou tourist stores, as well as jewellery made from their patterned skin.

“Ten years ago, it was even easier to see these turtles live in markets, and stuffed turtles in shops,” Shi says. He explains that according to myths, eating turtles gives you longevity, and there was a rise in this practice after China’s economic reform resulted in more and more wealthy Chinese. “They didn’t know how to spend the money, so they ate rare species. They thought that showed wealth: trying a special food.”

There are no official turtle population statistics for Hainan, but Shi says that such attitudes, along with the ongoing issue of fishing-related accidents, have taken their toll on the numbers.

Local attitudes are changing, though. In the late 2000s, turtle rescue NGO Sea Turtles 911 was set up on Hainan by Chinese-American Frederick Yeh, who was born on the island.

The organisation operated a floating turtle hospital and hosted turtle conservation events, even getting basketball legend Yao Ming to release a green sea turtle on a Sanya beach in 2014. “It’s very important to raise awareness in our country about protecting wild animals and passing it on to our next generation, like my daughter,” Yao said. 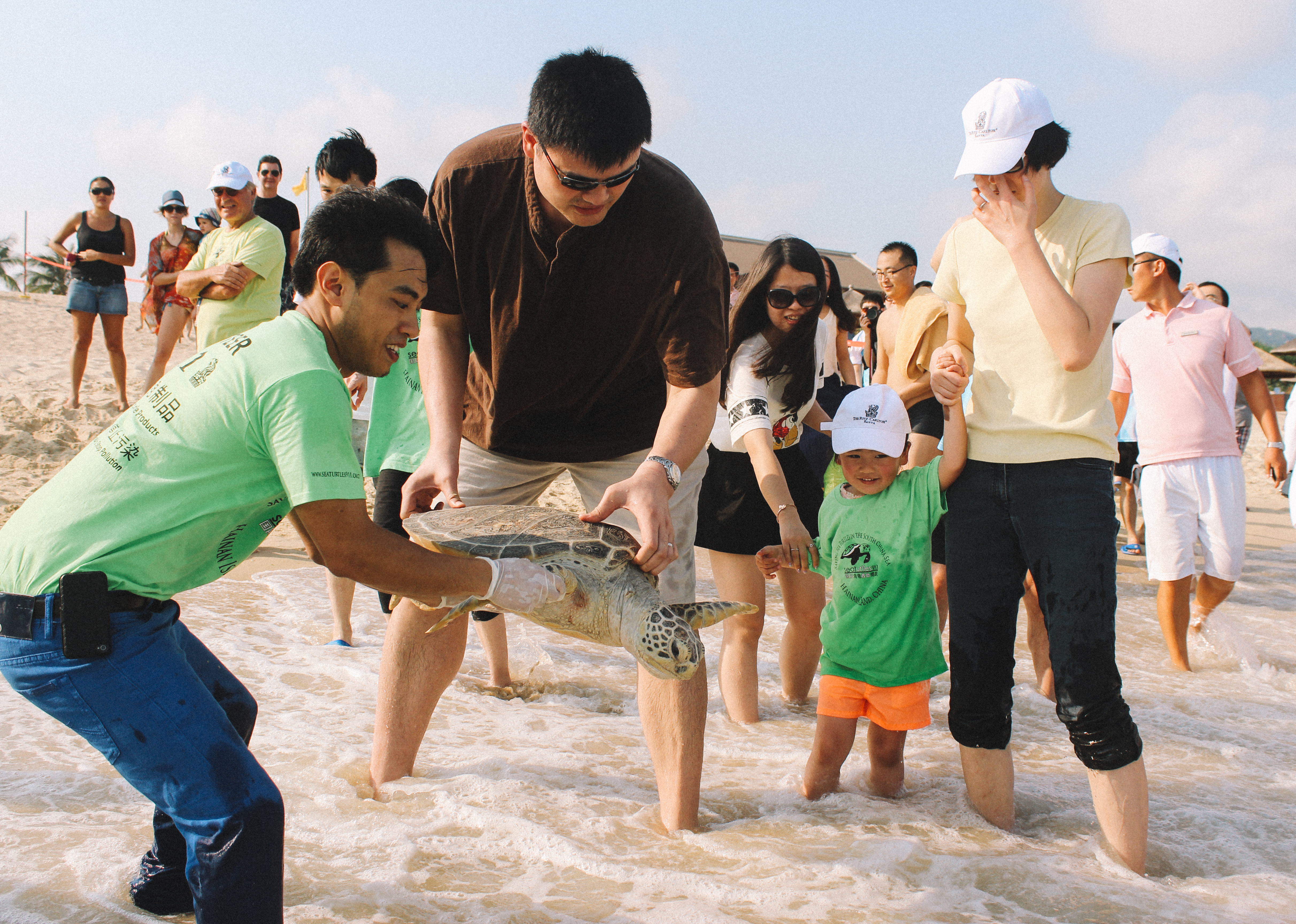 Also over the past decade, the implementation of laws protecting endangered species has improved on Hainan, with police cracking down on poaching and trade. Shi, who has written a turtle identification book, has also helped by distributing the guide to officers for free.

Cogs are turning in Beijing, too. In January the central government published the Sea Turtle Conservation Action Plan (2019–2033), outlining long-term plans for the animals’ protection, including proposals to crack down on illegal fishing nets that damage turtles. As part of the plans, turtle migration routes may be protected via fishing restrictions.

It remains to be seen if these plans will be effectively implemented. Shi is optimistic, once more pointing out that implementation of turtle trade laws has improved locally. “Lots of people went to jail here recently for illegal animal trade,” he says. “Our country has become more conservation-aware. Things have changed, but we need to do more.”

Shi’s team regularly gives talks to the public about turtle conservation. Local media covers turtle-releasing events, joyous occasions that see recuperated animals flip-flapping towards the ocean on Haikou’s beaches. The argument that sea turtles are friends, not food, is finally being delivered.

“I’ve been studying turtles for 30 years, educating students and the public about them,” Shi says. “I feel that now the public and enforcement officials pay high attention to environmental conservation.”

But what does the future hold for these animals on an island where widespread commercial development continues? Lin clarifies that wild sea turtle breeding on Hainan is a hope, not a goal. Maintaining the sea turtle population through education, and patching up injured animals, remains the priority for now.

“Breeding might not be our main goal, but we are still trying to find places where sea turtles might potentially breed,” Lin says. “We’d like to educate more hotels, and maybe work together to preserve natural beaches for sea turtles. Maybe they’d come back to them.”

“I just want turtles to live in their natural habitats and not have people disturb them,” Shi adds. He lobs another carrot stick to Pang Pang, who slaps the water with delight.

Fly to Haikou with Hong Kong Airlines and check out the turtle hospital! Click here

How you can help sea turtles on Hainan

Adopt one from Sea Turtles 911

This will help provide funds for the creatures’ nutrition and rehabilitation, as well as maintaining a healthy environment to ensure a safe habitat for injured turtles. seaturtles911.org

Refuse to buy products made with sea turtles

Poaching is the biggest threat to the various turtle species, who are hunted for their shells and meat. Going out of your way to avoid products made from sea turtles will help curb this illegal trade.

This elegant boutique hotel is in the heart of Old Town, Haikou’s most interesting, colonial-style architecture-lined area. The minimalist, art-dotted reception area is definitely worth popping into for a photo. 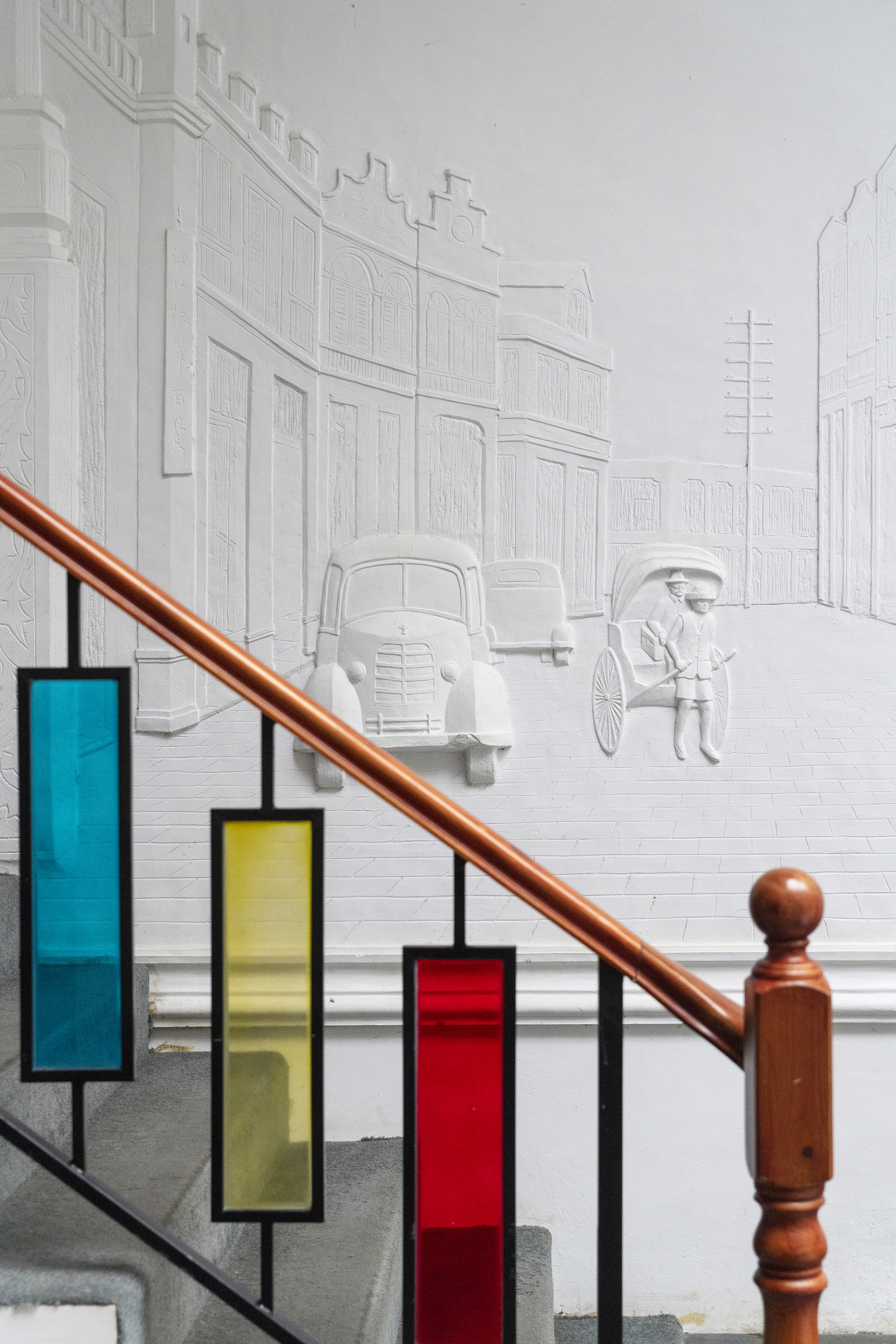 Hilton Haikou
Conveniently located in the city’s downtown area and just a half-hour drive from the airport, the Hilton Haikou is a great base from which to explore the city and attractions like the Hainan Volcanic Crater Park.