The ageing district of Dadaocheng is bustling again, with many storied buildings now housing creative boutiques, bars and hotels. Joe Henley meets the bold entrepreneurs behind the renaissance 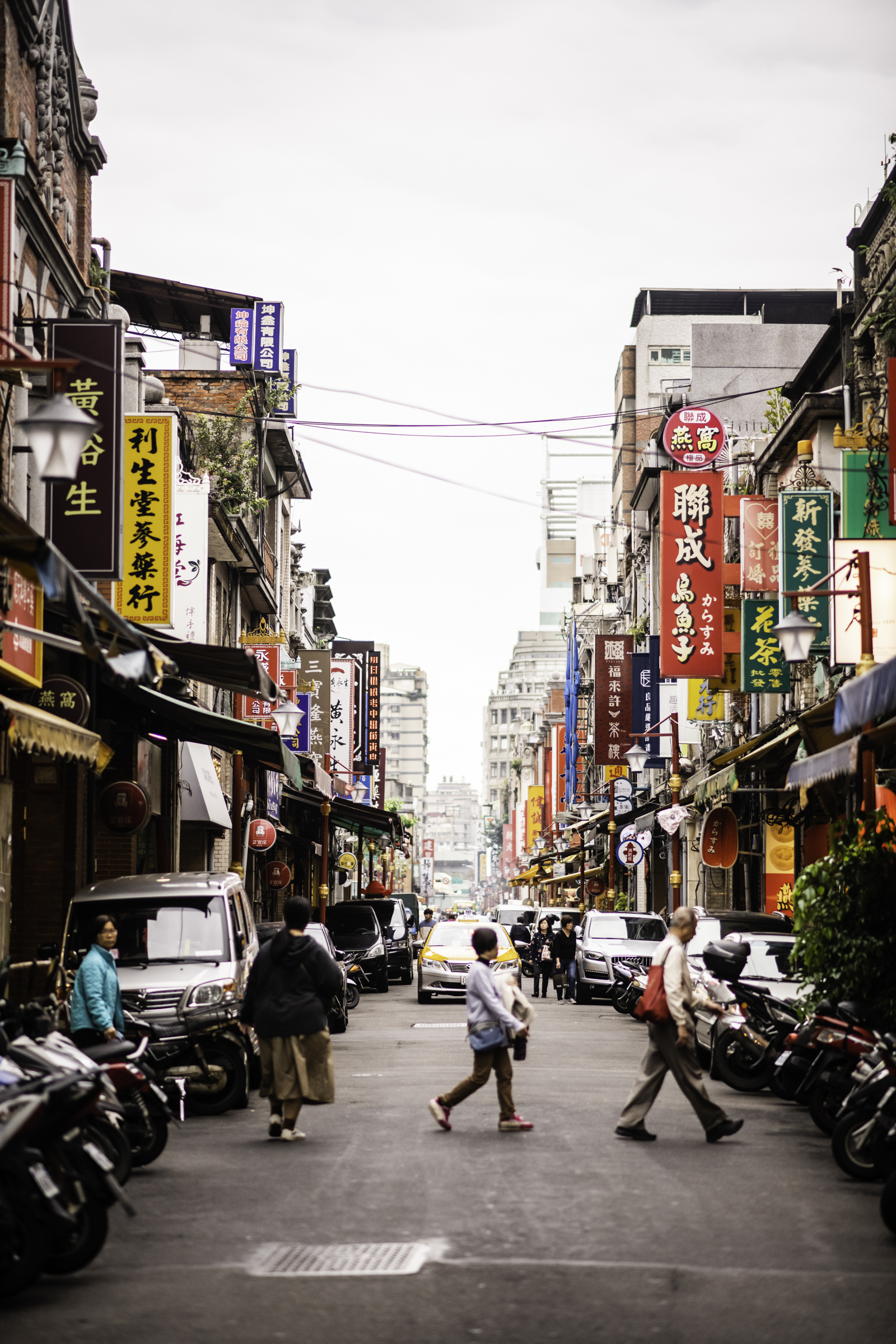 It’s an early midweek morning, and Dadaocheng’s main thoroughfare, Dihua Street, is starting to wake up. There are lines at the breakfast shop near Dadaocheng Theater. The Fujian-style buildings – with their distinctive red-brick storefronts – up and down the stretch are opening up, too, with vendors moving their Chinese herbs and medicinal plant powders out onto the sidewalk for passing tourists to peruse.

Their neighbours were once sellers of old staples just like them. But today, they are surrounded by trendy cafés, buzz-worthy bars and shops displaying the work of young local artists. It’s a far cry from just a decade earlier, where Dadaocheng had all but slipped into oblivion – the financial district of east Taipei had become the place to be, not here in the west. But now, this old neighbourhood has come back to life, thanks to an increasing number of young people moving back and opening new businesses in the area’s storied buildings – starting a new chapter in this historic  corner of the Taiwanese capital. 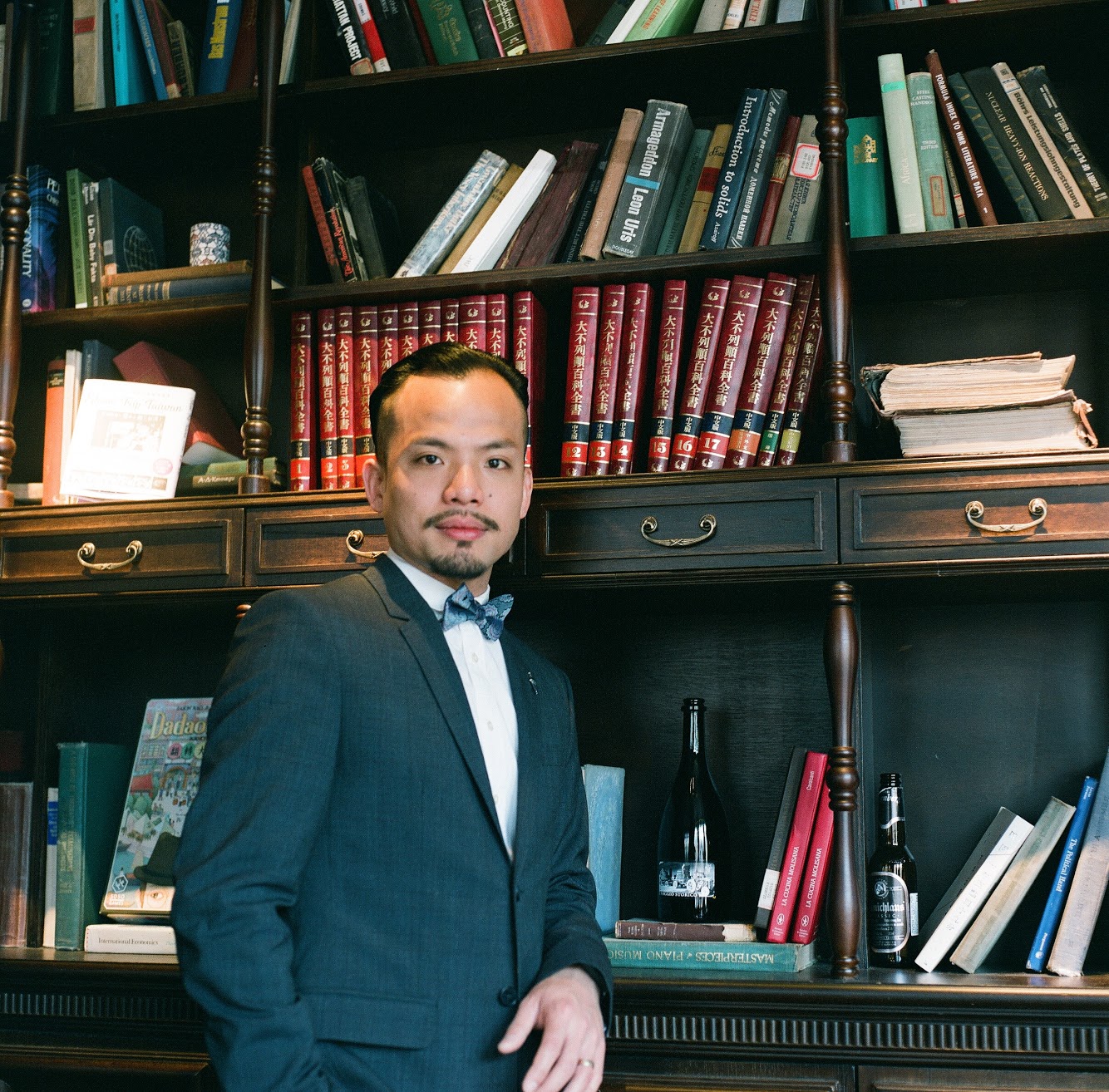 On the second floor of the 100-year-old building on Dihua Street that once housed AS Watson and Co, Taiwan’s first Western-style pharmacy, is ASW Tea House, an all-day brunch and tea shop decked out in vintage turn-of-the-20th-century British style. The proprietor is 35-year-old Sheng-Yuan Hsiao, a Taichung native who moved to Taipei to study theatre design 15 years ago, and opened ASW in 2015, naming it for the building as an homage to the area’s past. In his design career Hsiao had worked with a tea company, helping them with their branding. This piqued his interest in opening a tea house. All he needed was the right opportunity.

“Dadaocheng is the starting point of Taiwanese tea,” he says of the area’s rich history of importing and exporting tea leaves. “That’s the reason I always considered coming here. We got a chance to move into this building, and two months later we were open.”

The menu at ASW has something for every sort of tea fan, from Formosa Moonlight Red Jade to Four Season Spring Oolong. Other than the Ceylon, all the tea served here is grown in Taiwan. Various brunch sets are served all day, as are butter scones with mango or pineapple. 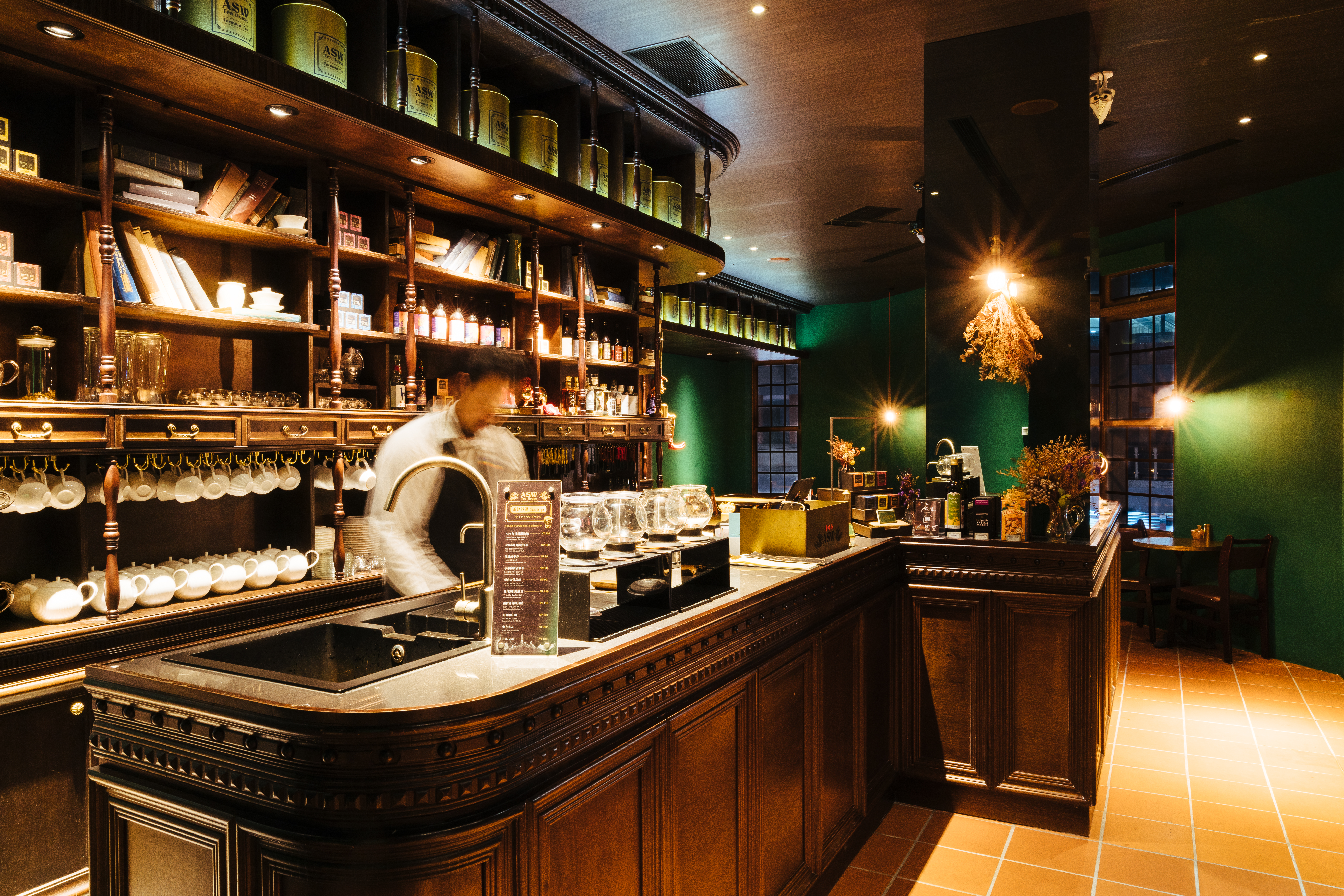 Now Hsiao has plans to also open up his tea house at night, as a kind of tea cocktail speakeasy, serving up Taiwanese whiskey and drinks with kaoliang (fermented sorghum liquor) infused with Taiwanese tea, in an effort to spark a new trend among young connoisseurs. It’s an example of how a new generation of business owners is finding a way to put a fresh own spin on Dadaocheng’s past.

“Of course Dadaocheng is a historical area,” Hsiao says, “but there is still a lot of room for growth.” 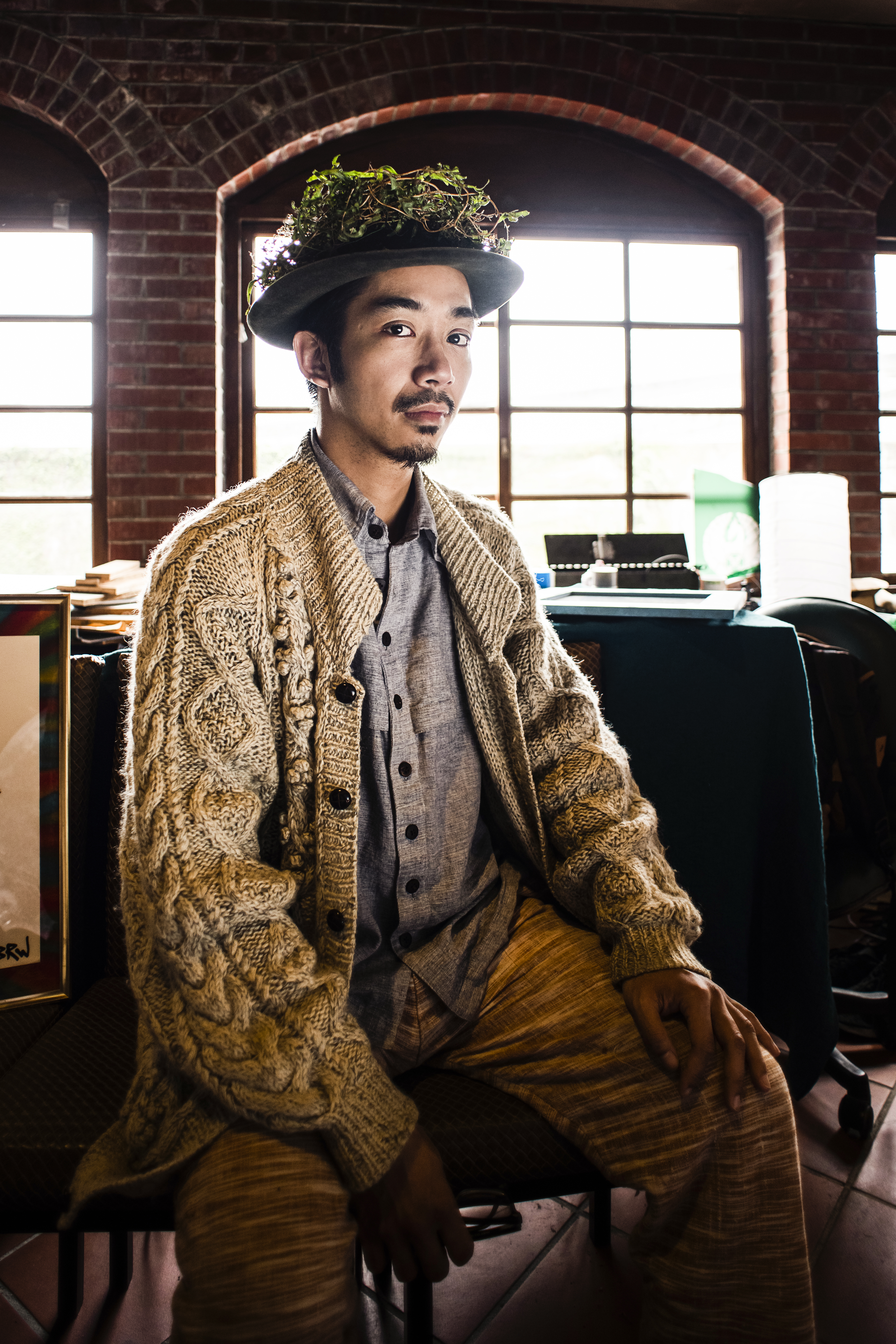 At the northern end of Dihua Street sits an old Fujian/Taiwanese-style house, the kind of brick building that began to line the street in the 19th century. Built a few decades later in 1925, the structure was both a factory for rice production and the home of the family that owned it, with the machinery and workers in the front, and a small courtyard separating the living quarters in the back from the din. Today, 31-year-old Zijie Yang and his partners have turned this one-time symbol of wealth and commerce into Ivy Palace, Taipei’s new centre of the arts.

Yang got his start in the fashion industry, importing styles from India before taking over the building on Dihua Street in 2017 and launching Ivy Palace. “I came here because there were a lot of crazy rich families who might not know what to do with their old houses,” he says over coffee in the Ivy Palace courtyard. Fortunately for one of those old families, Yang had a plan.

Behind the courtyard, the first floor of the former residence is now a café and bar that hosts open-mic music nights and cultural classes during the day, catering to the artistic types who now frequent the neighbourhood. On the floor above the bar are work spaces for local artists, and above that, a hostel-like residence for them to stay in. In the former factory, in front of the residence, Yang sells antiques, art and apparel from Taiwan and India. Yang, a poet as well as a businessman, positions Ivy Palace not only as a place of business, but also as an “alternative academy”, hoping to “find a balance between the conceptual and the commercial”. 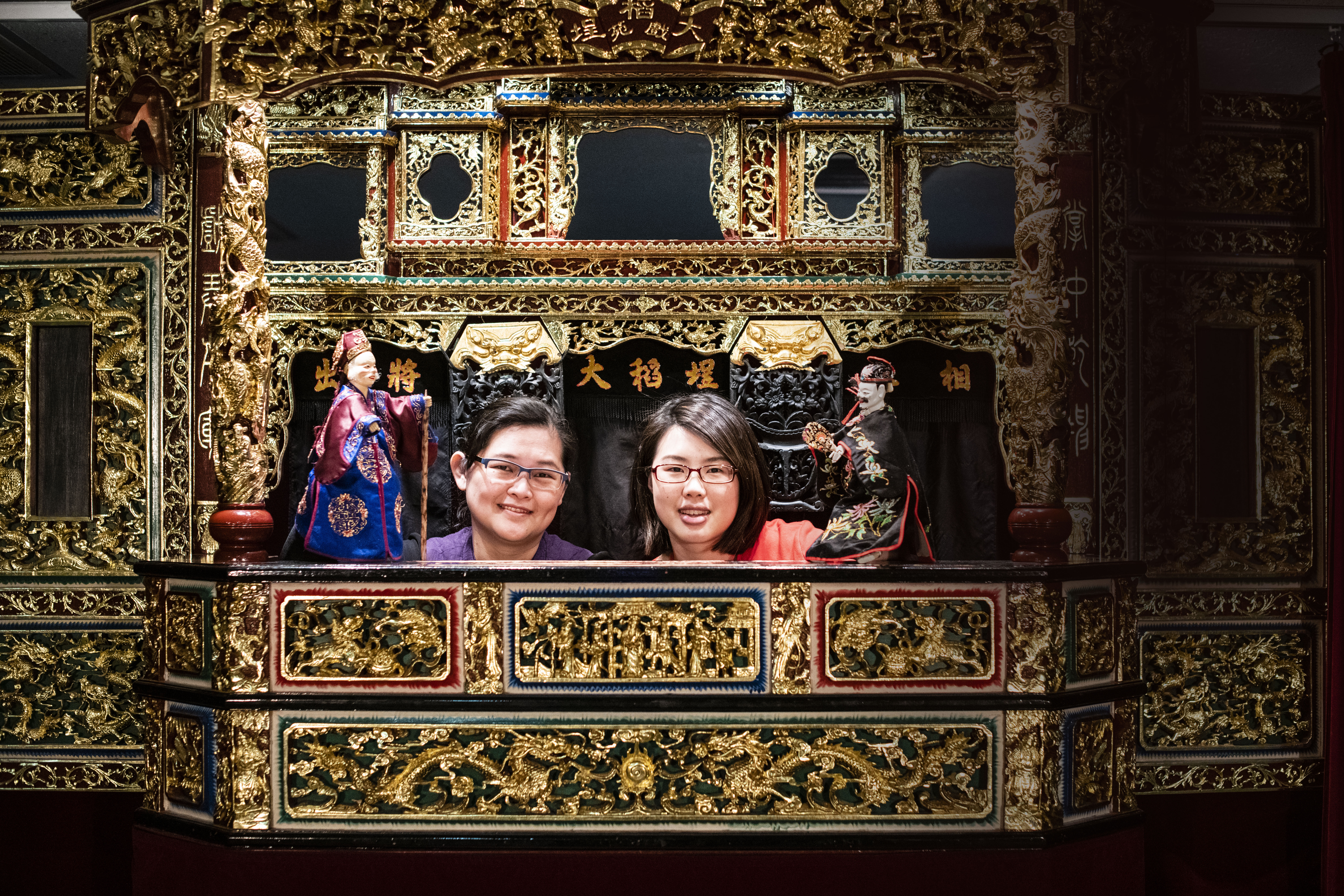 As Dadaocheng prospered from the mid-19th century, its wealthy elite looked for new forms of entertainment. To that end, about 20 different shadow, glove puppet and Taiwanese opera theatres sprang up, many of which were established near temples so that performances could be staged to honour the gods. By the mid-20th century, the number of theatres dwindled when the economic heart of Taipei shifted east.

One new place that opened up in 2011 against the odds is Dadaocheng Theater, where front-of-house manager Yi-Chen Yang and section manager Mei-Ru Yeh are working to preserve an art form that has been a vital part of Taiwanese culture for generations. The theatre plays host to performances of Peking and Taiwanese opera, shadow and glove puppetry. It also runs educational programmes for elementary school children, teaching them about making costumes for puppet theatre performances and letting them try their hand at performing.

“Fewer and fewer young people want to learn shadow puppetry these days,” says Yeh. “But we are preserving it for the generations to come.”

It’s an uphill battle keeping an archaic art alive in the age of on-demand entertainment, but it’s a struggle Yang embraces. “Some of our neighbours don’t even know there’s a theatre here,” she says, referring to the performance centre’s tucked-away location on one of the upper floors of a stately old building. “We invite them to come and see what we have to offer.” 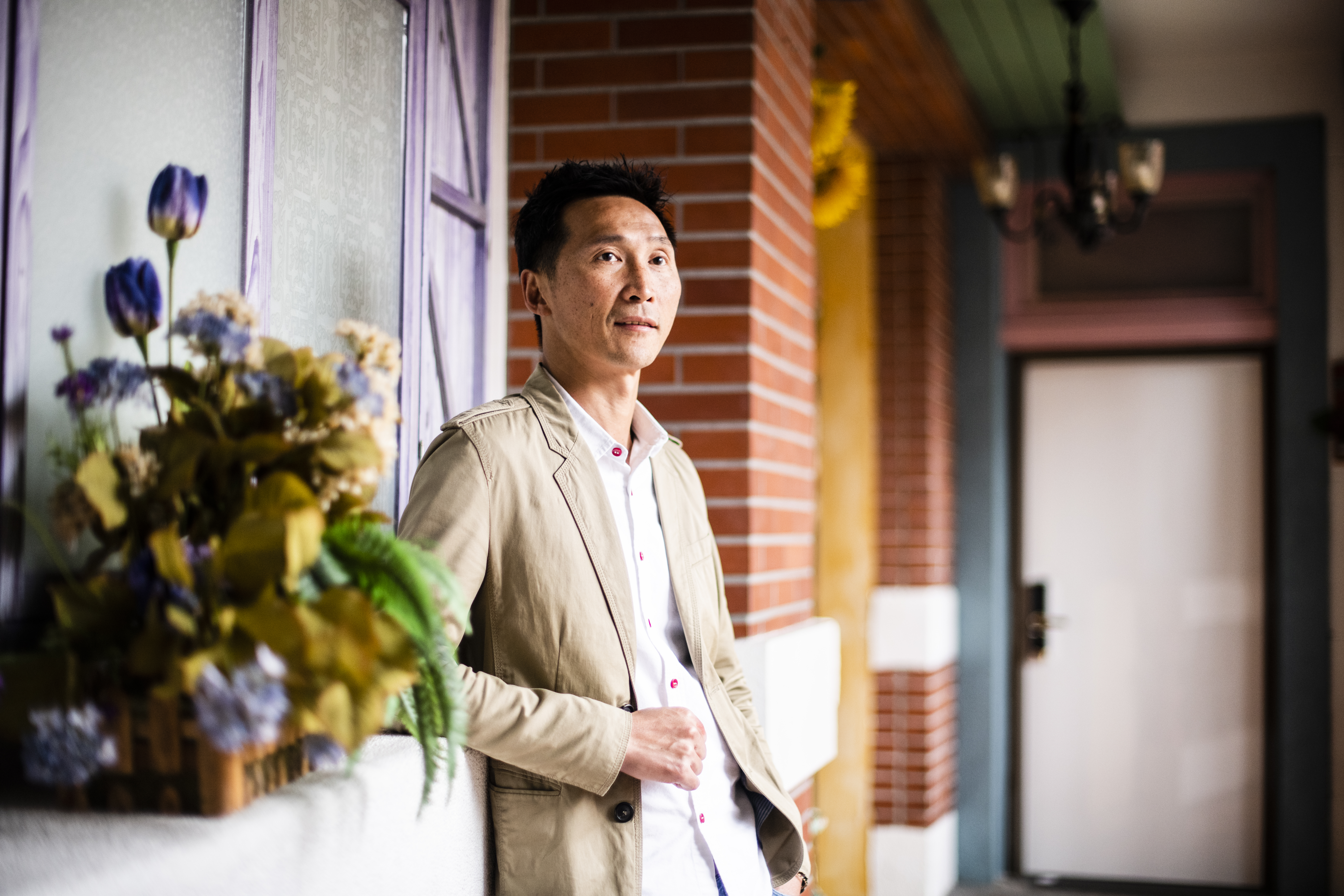 For all its charms, the area had for many years lacked a solid hotel option. Interior designer Rolex Ma saw an opportunity to establish DG Hotel when a client told him about a century-old house on Dihua Street sitting unused.

“I came to have a look and was immediately interested,” he says, referring to the time just over three years ago when he first laid eyes on the three-storey building. “I wanted to open a unique hotel that combines history with modern design.”

The 16-room boutique hotel was designed with Ma’s expert guidance, melding the architectural and artistic styles of southern France and China’s Fujian province. This means lots of pastel colours, plenty of natural lighting, creeping vines across the courtyard café skylight and colourful murals of coastal scenery set among the original red-brick walls of the one-time family home. 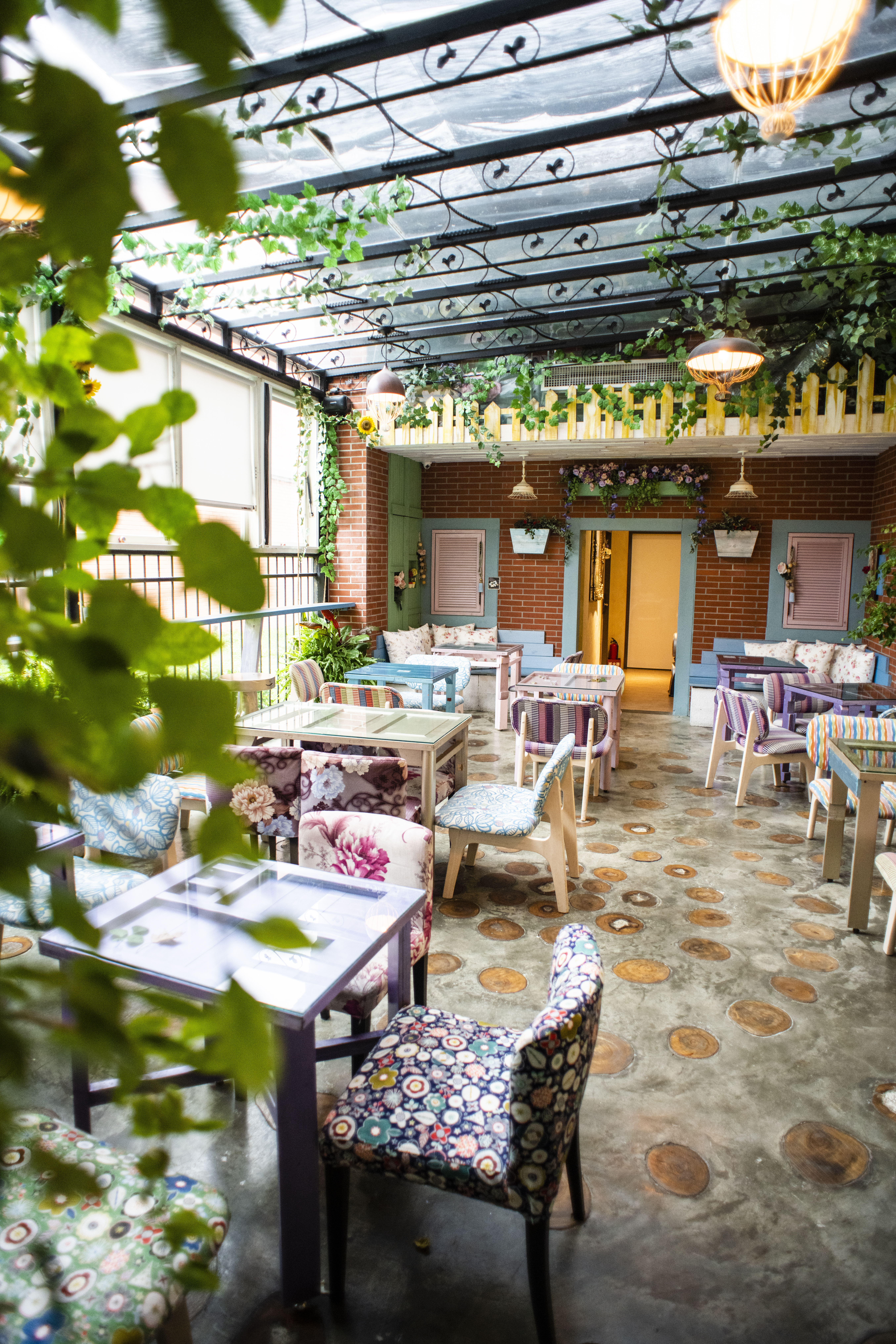 The renovation cost NT$30 million (HK$7.6 million), and all rooms have their own unique aspects. Some have a loft sleeping area, while others have swings hanging from the roof and others yet feature bathtubs that look out over a neighbouring garden through a floor-to-ceiling window. “I wanted to create a warm atmosphere where you won’t want to stay for just one night,” he says. “You’ll feel like you’re at home.” 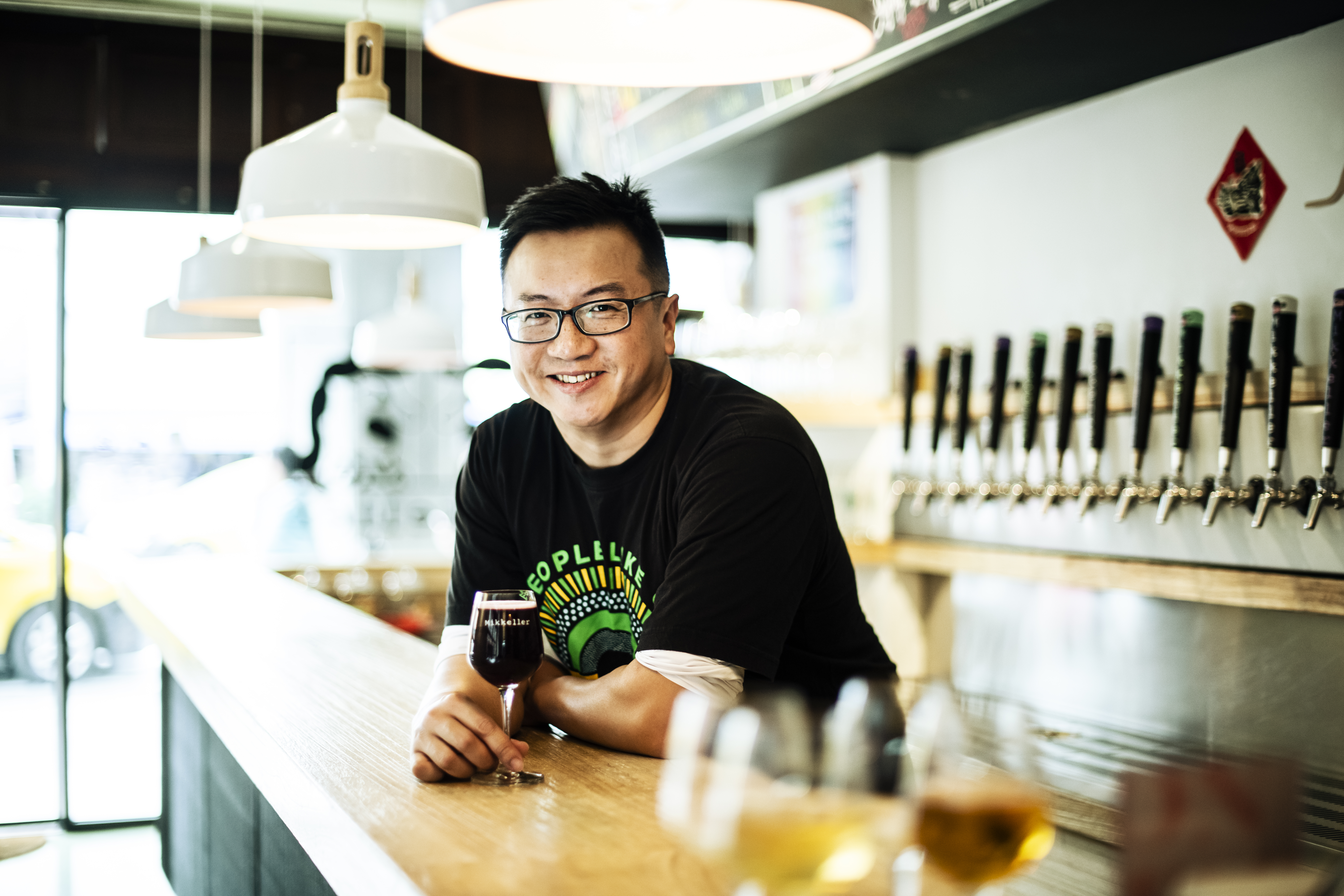 Yuhang Lin lives and breathes craft beer. For almost three years, his passion for hoppy IPAs, robust pilsners and rich stouts has been on display at Mikkeller Bar, which sits at a prime location most tourists and locals pass by on their way to Dihua Street, at the intersection where the storied stretch begins. “We didn’t expect to open a bar here. A lot of historical streets are so fake,” says the 40-year-old Lin. “But it’s totally different here. It’s totally alive.”

Lin grew up in Taipei’s Xinyi District, the area that stole Dadaocheng’s economic thunder decades ago, but has fallen in love with Dadaocheng’s sense of community. He first tried a Mikkeller beer in 2012 and thought it was genius in a glass. He contacted the brand via email, became the Taiwan rep and then took the next logical step: opening the bar.

“We know that when Mikkeller fans travel, they’ll hunt down a Mikkeller Bar wherever in the world they may be. We wanted to give them an unforgettable experience in this neighbourhood where they can always find something interesting and fun.”

Running a bar in Taipei comes with its challenges, usually because of issues like neighbours and noise. But Lin says that because of Dadaocheong’s long history of commerce, people are more understanding. “They are businessmen as well. They don’t throw you under the bus, as long as you show them some respect. We’ve got a strong culture of helping each other.”

Chen Tian-lai Residence, built in 1923, was once the headquarters of a tea empire run by the tycoon for whom the building is named.

Wang Tea was established in Fujian province in 1890. Its headquarters was moved to Dadaocheng in 1907. 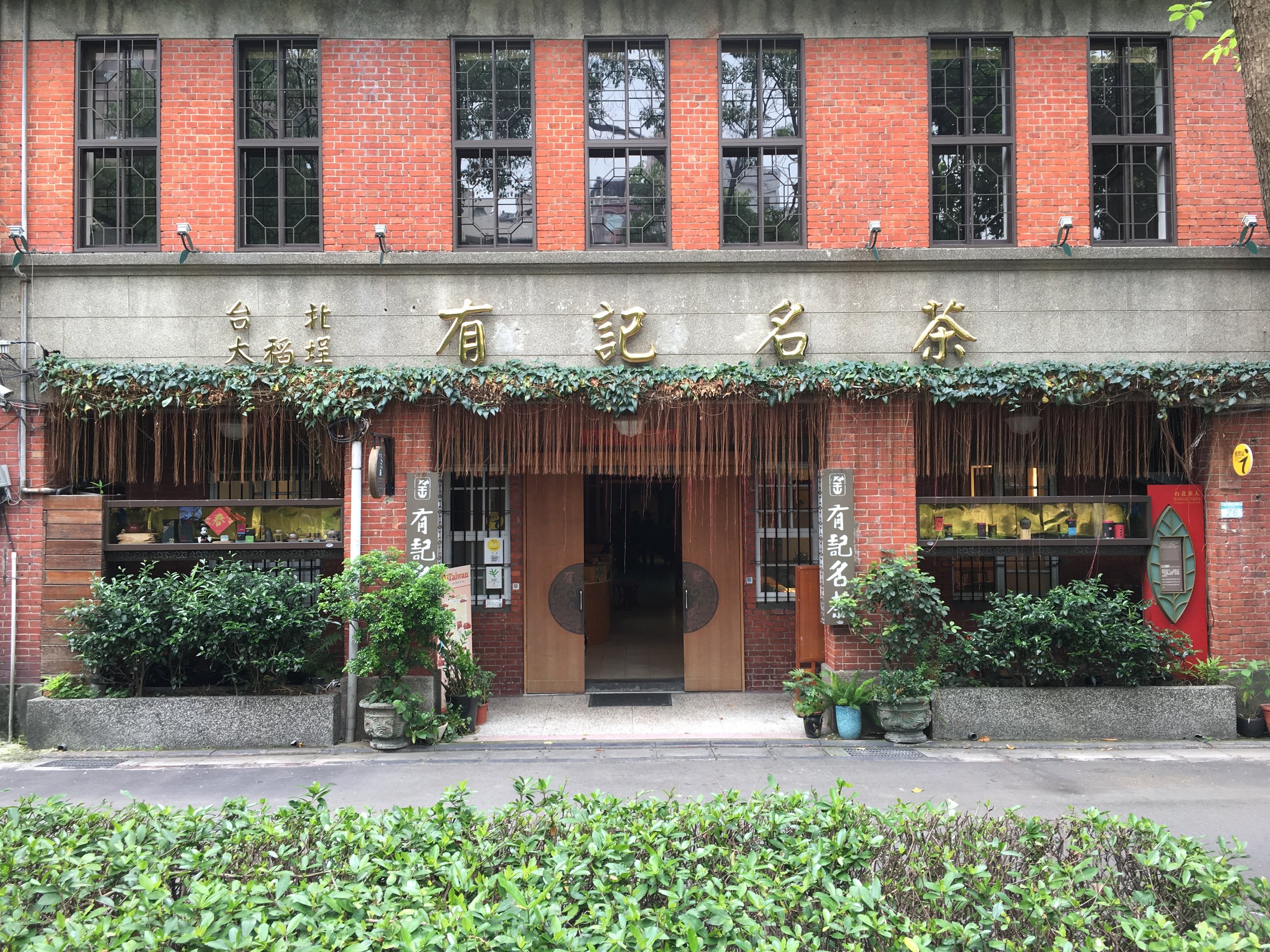 Pop into the family-run Dachun Soap to pick up some handcrafted soap, proudly made from biodegradable essential oils. 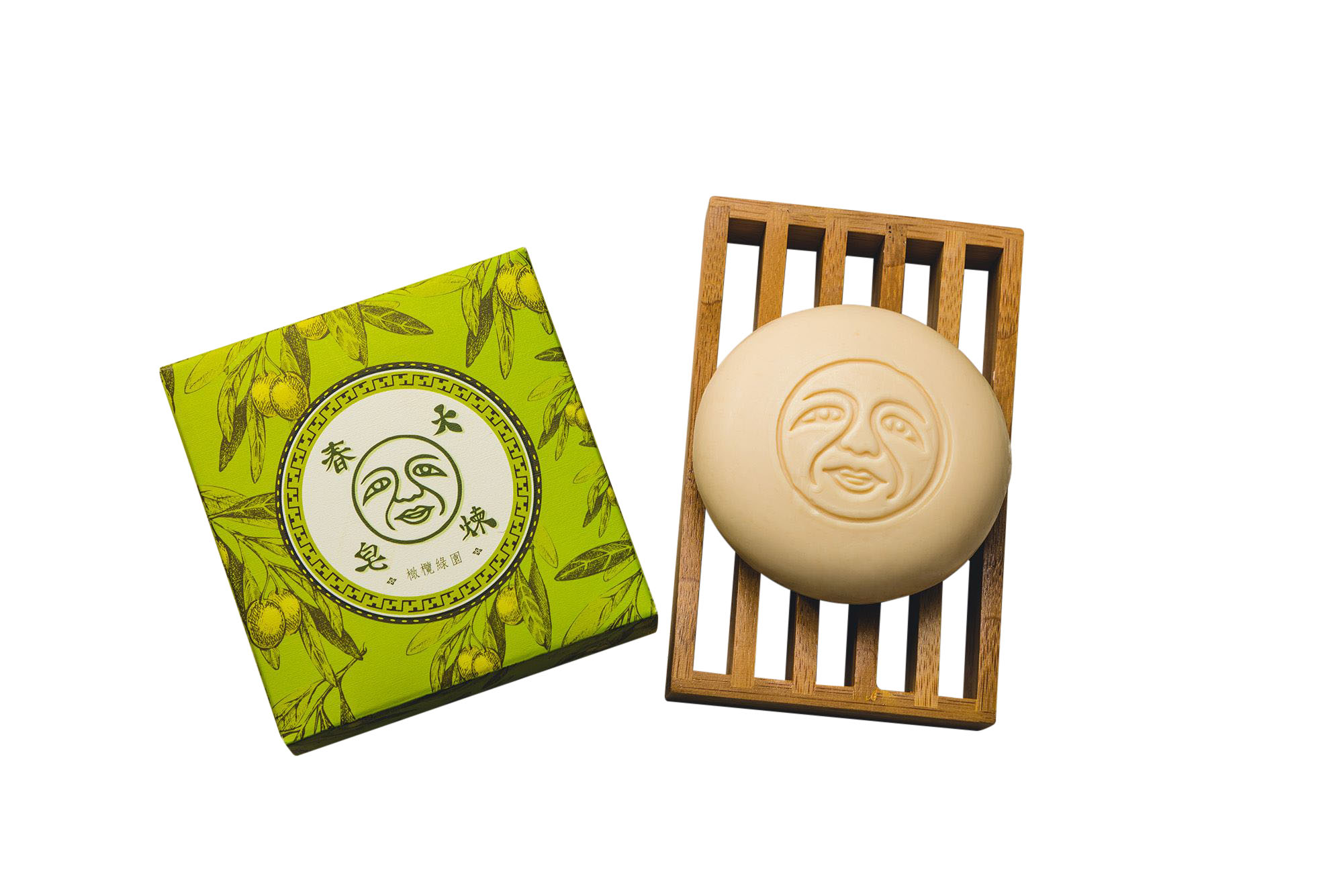 It’s all about fair trade at Twine, which sells crafts and accessories
from marginalised producers all over the world.

Located in the small lane next to the AS Watson & Co building, Thinkers’ Theater plays host to live music and plays, as well as talks by authors, playwrights and academics.

Tuck into Taiwanese home-style dishes like lion’s head meatballs at URS329, an eatery housed in a 110-year-old former rice granary. 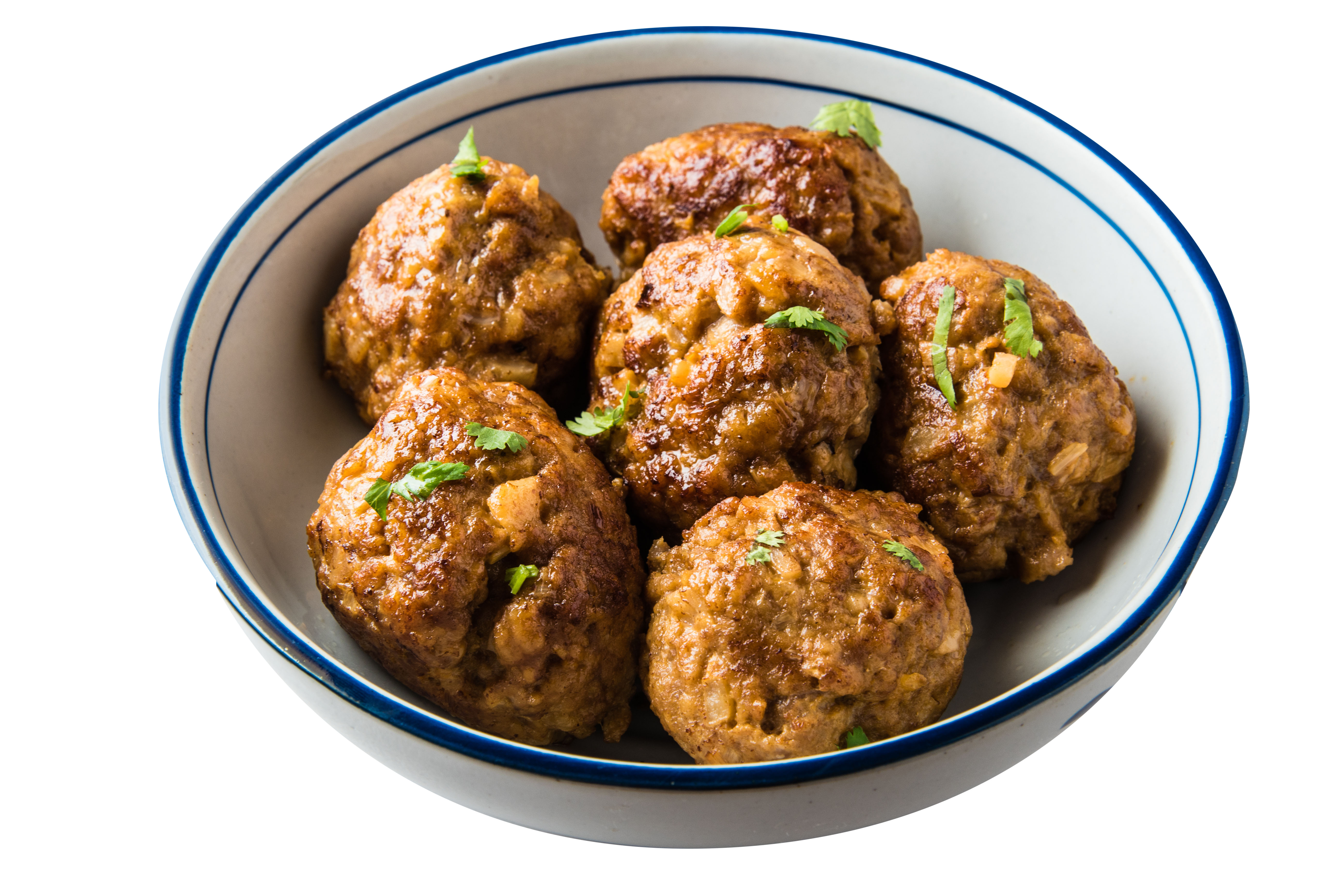 You can sip on beer locally brewed in Taiwan and stroke a feline at BeerCat, a bar located slightly east of Dadaocheng.