Hong Kong Airlines has been recognised for its excellent On-Time Performance (OTP) by UK-based air travel intelligence company OAG. This is the second year the airline has retained its position as the most punctual airline in Asia-Pacific and one of the top three most punctual airlines globally. The award was presented at a ceremony held at the airline’s head office in Hong Kong on 3 April. Hong Kong Airlines Vice President Ben Wong accepted the award from OAG Sales Director JAPAC Mayur Patel. 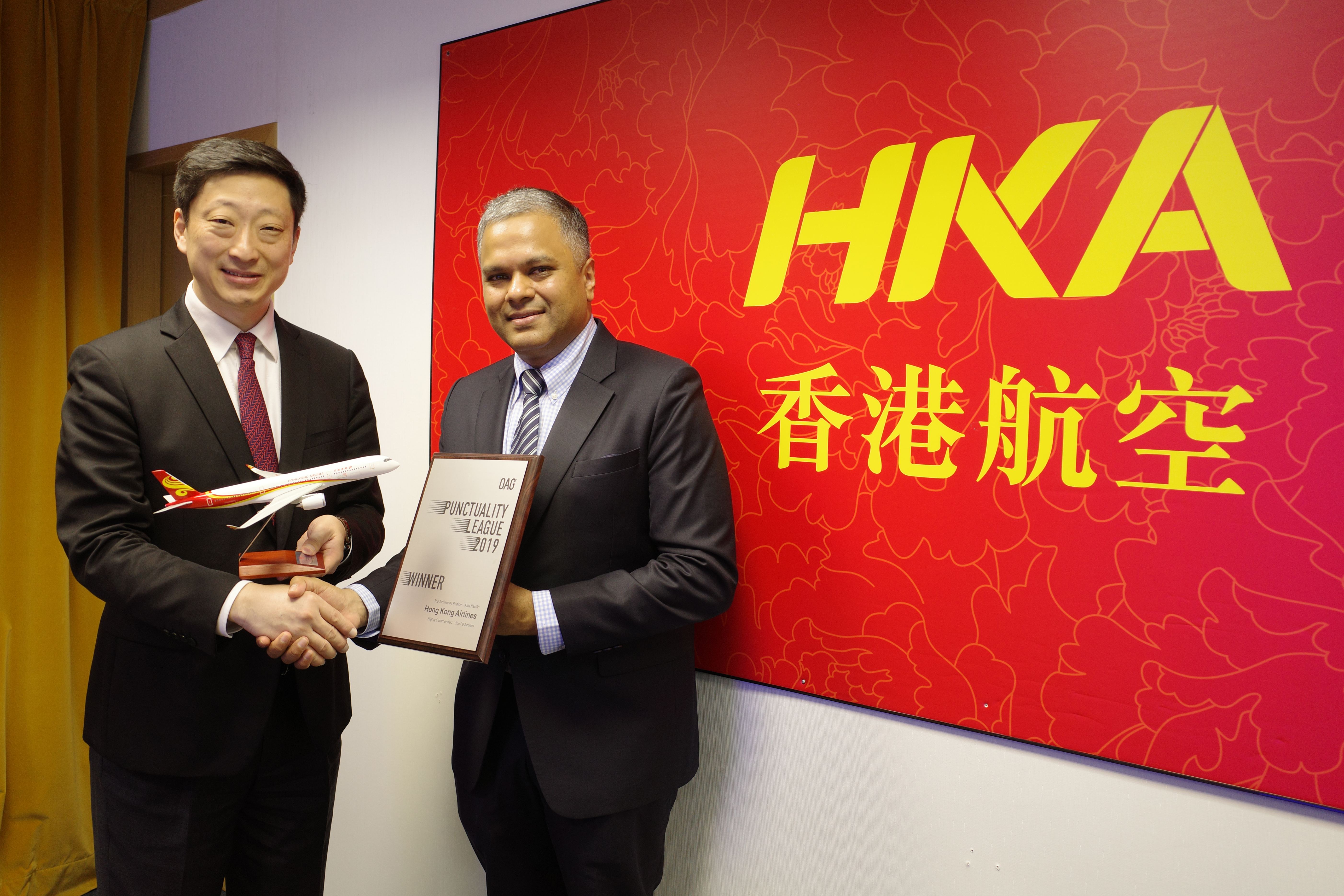 Last year’s rating of 88.11% was the result of Hong Kong Airlines’ ongoing efforts to improve its operational efficiency and strive towards service excellence. The airline has continued to ensure flight information is shared in a timely fashion with relevant parties. A dedicated working group has been set up to monitor OTP closely as well as look into factors and causes of delay to prevent similar occurrences in the future.