Despite the excitement surrounding driverless cars – with Google getting in on the game – autonomous vehicles (AV) are not quite ready to take over the roads just yet. This is due partly to the inadequacy of existing infrastructure, and partly because autonomous tech hasn’t quite solved the problem of how to deal with human error and unpredictability on the roads. 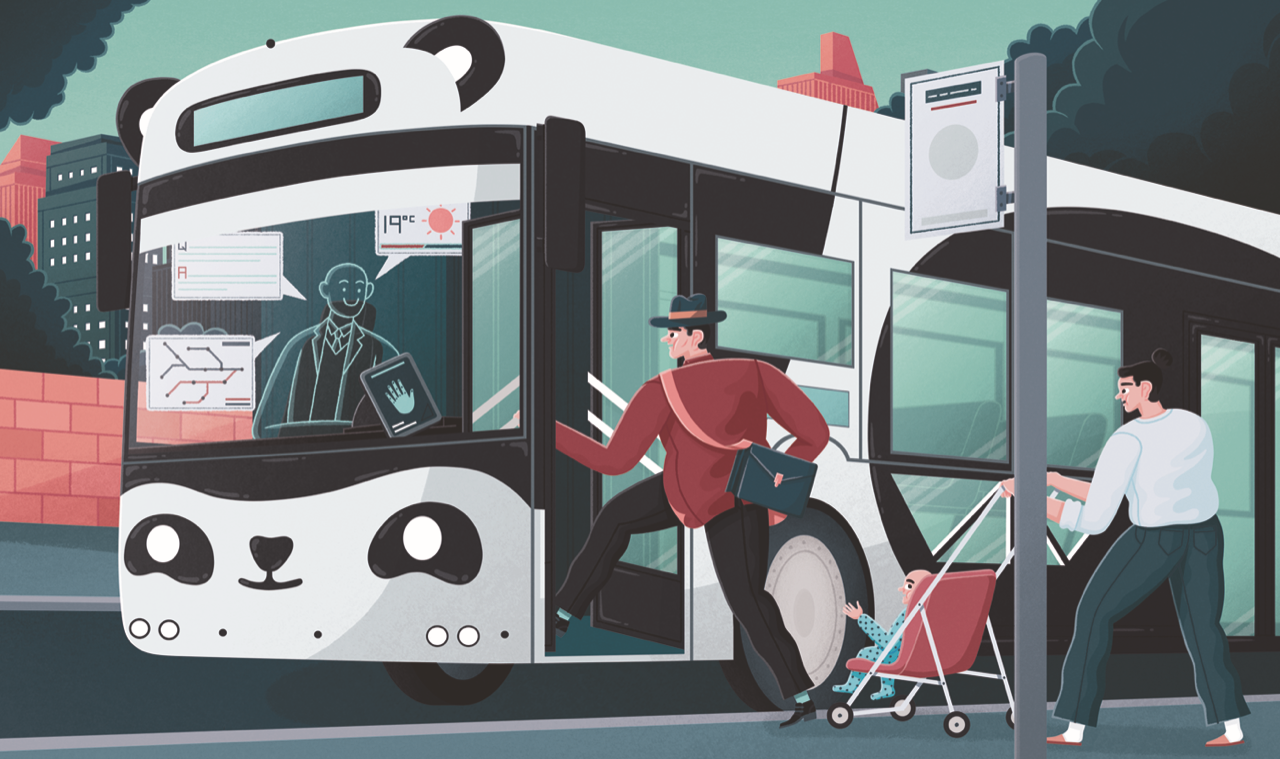 That hasn’t stopped Shanghai-based DeepBlue Technology from debuting its Smart Panda Bus in January this year. The 22-seater is equipped with over 20 intelligent technologies, including a biometric recognition system which allows passengers to board by swiping their hands through it, and an onboard robot with a voice interaction function that helps passengers better plan their routes. The robot can even monitor suspicious behaviour and initiate an emergency response in the event of theft.

According to DeepBlue, the Smart Panda bus has been well-received, and the company expects to offer the bus to European countries like Germany, Italy and Luxembourg later this year.

To allay concerns about the safety of AV, Shanghai and several other Chinese cities are working on closed trails for the safe operation of smart vehicles like the Smart Panda Bus.

The future is driverless

Three possible benefits of introducing AV on a large scale