On a whirlwind tour of the denim industry in Okayama, Denise Li discovers why made-in-Japan jeans command such hefty price tags 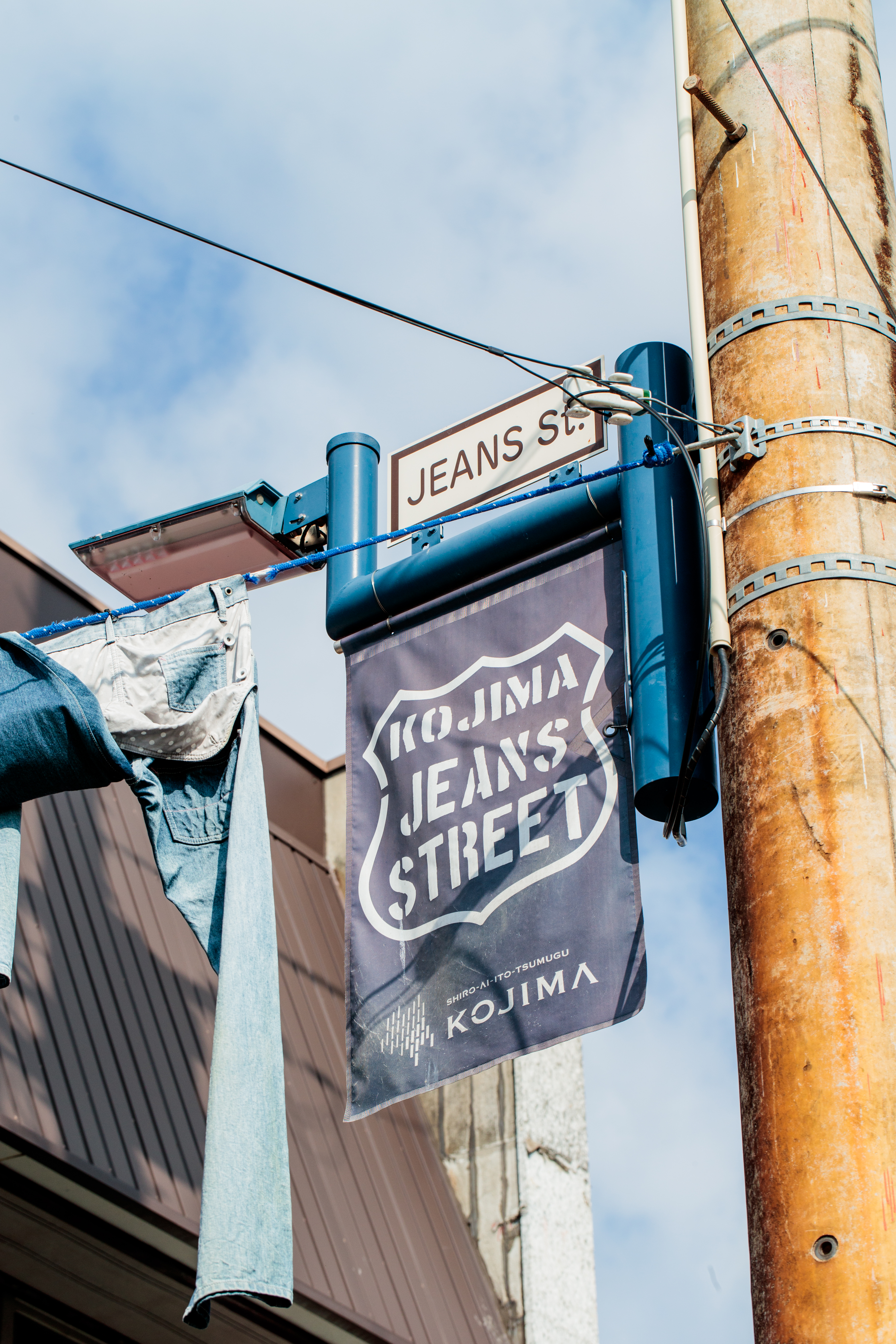 From the moment you step off the train, it’s pretty easy to guess the object of Kojima’s sartorial desires. The denim-wrapped station gantries, pairs of jeans swaying merrily in the wind from the ceiling just outside the station along with a sign proudly proclaiming “Holy Land of Jeans” immediately give it all away. 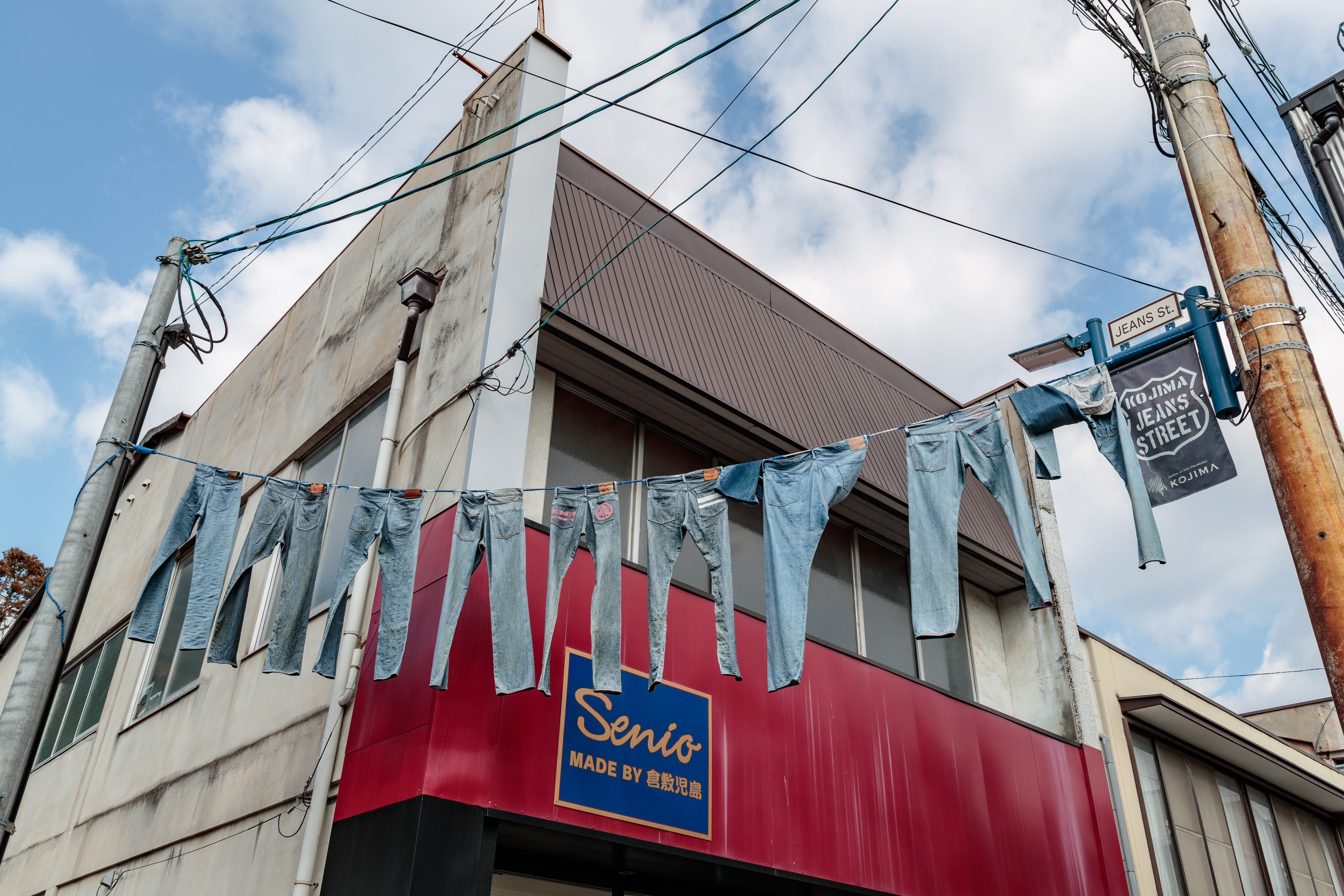 Welcome to the denim capital of Japan. In recent years, jeans made in Okayama prefecture – mostly in the seaside district of Kojima – have attained cult status among denim heads worldwide, turning the town into a pilgrimage for aficionados, who are happy to fork out  in excess of ¥20,000 (HK$1,440) and sometimes even as much as ¥32,000. The question, of course, is whether they’re worth it. And if so, then why?

That’s what I’m here to discover when I arrive on Kojima Jeans Street – Okayama’s denim epicentre, with over 30 stores.

My first stop on the street is Big John, which is appropriate, considering it was the first company to produce made-in-Japan jeans, back when it was known as Maruo Clothing, in the first half of the 20th century. “Maruo Clothing was once the biggest school uniform manufacturer in Japan, but it saw its fortunes decline in the 1960s as demand fell for its nylon products,” says Kazuji Nishiyama, managing director of Betty Smith, the first Japanese brand to make jeans for women, and which now runs a jeans museum of the same name in Kojima. “Maruo, which eventually changed its name to Big John, saw an opportunity to make money from denim instead, and in 1965, made Japan’s very first pair of jeans.”

The decline of the school uniform industry coincided with the rise in popularity of American pop culture in Japan after the war, with movies like Rebel Without a Cause fuelling demand for the American blue-collar staple. These first pairs were made by Big John using material and machinery imported from the US and it was only during the early 1970s that – leveraging on its knowledge of fabric and textile production – the company started to produce jeans using locally made fabric. The pioneering brand is still going strong today and in fact opened a new store in April 2018 – the biggest on Kojima Jeans Street. “Besides showcasing our wide range of products, we also wanted space for people to watch our experienced artisans at work,” explains Hiroki Matsuda, who does public relations and sales promotion for Big John.

The know-how to make denim didn’t just come about overnight: Kojima has a lively textile production history dating back several centuries. It started cultivating cotton during the 19th century when  the vast tracts of farmland made available through land reclamation were found to be unsuitable for rice growing. This would go on to spur   related industries like weaving and dyeing, meaning Kojima was well equipped to evolve with the times and the related the decline of the school uniform industry.

Still, I am curious to find out exactly what makes Okayama denim different from its fast-fashion counterparts – and I am about to find out with a behind-the-scenes look at the intricate processes that go into making a single pair of jeans. After all, cheap, sweatshop labour this is not – there’s a skilled human being behind each pair of jeans that’s been woven, sewn, dyed, stonewashed and distressed just so.

Walking through the facility at Nissen Factory, which specialises in dyeing, president Makoto Namba – who could easily pass for a country music star with his flowing hair and effortlessly stylish double denim ensemble – extols the virtues of using natural dyes extracted from plants rather than cheaper synthetic versions now favoured by mass producers. “It’s better for the environment and for the people wearing the jeans. Also, natural indigo is long-lasting and helps create a unique faded quality that reflects the lifestyle of the wearer.” Nissen can make dyes for practically every colour imaginable and it typically takes around four tries for the craftsman to get the exact colour from a sample given by the customer. “Three, for a really skilled craftsman,” Namba adds. 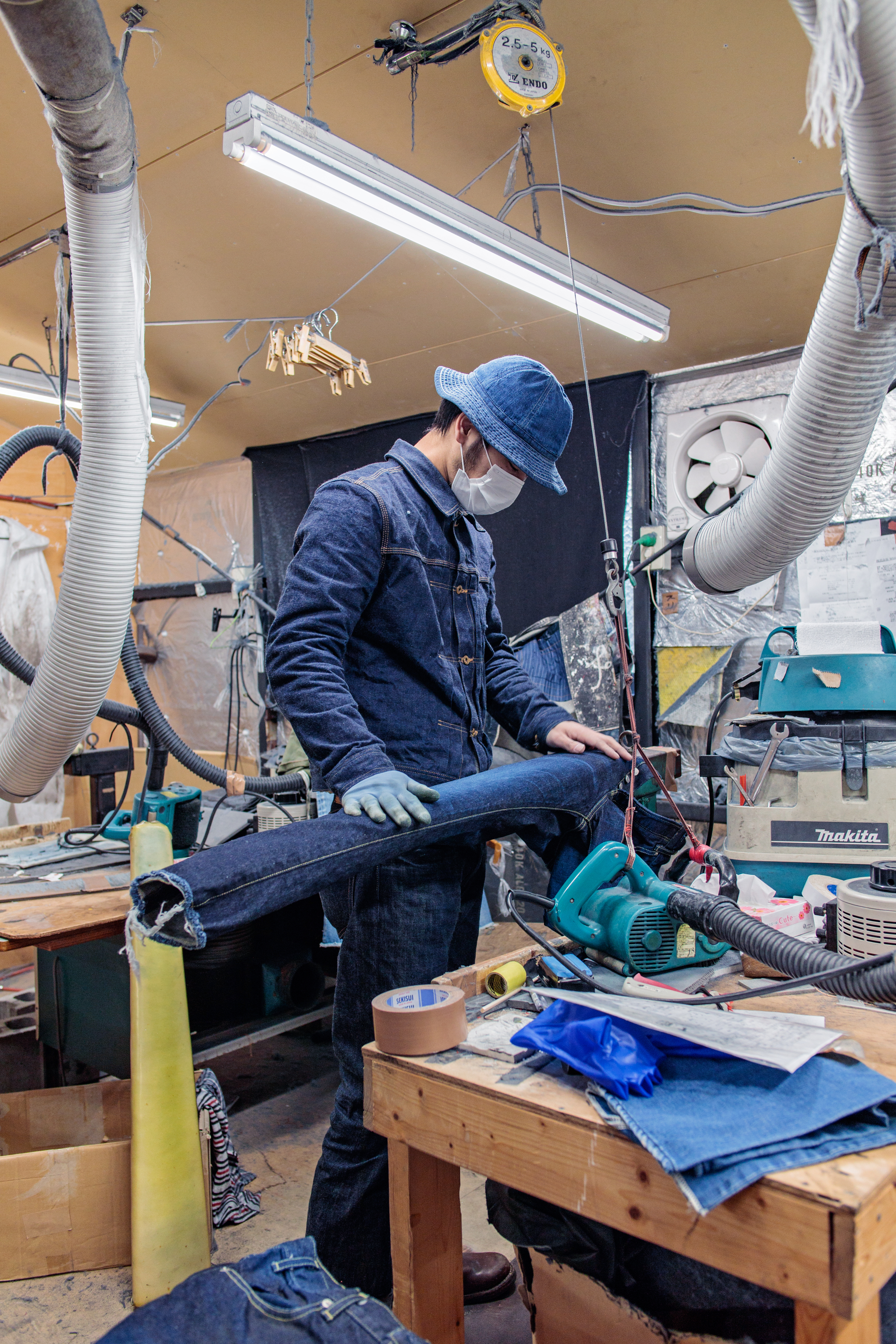 Indeed, the Japanese love for the faded, worn-in look is a crucial reason why Okayama jeans are so sought after. In the post-war years, the jeans available on the Japanese black market were pairs that were once worn by American GIs. These were not only softer and more comfortable than a stiff pair of brand-new jeans, but also more visually interesting because each pair had a unique fade. Today, companies like Whoval do the work of washing and distressing brand new jeans precisely to achieve this look. 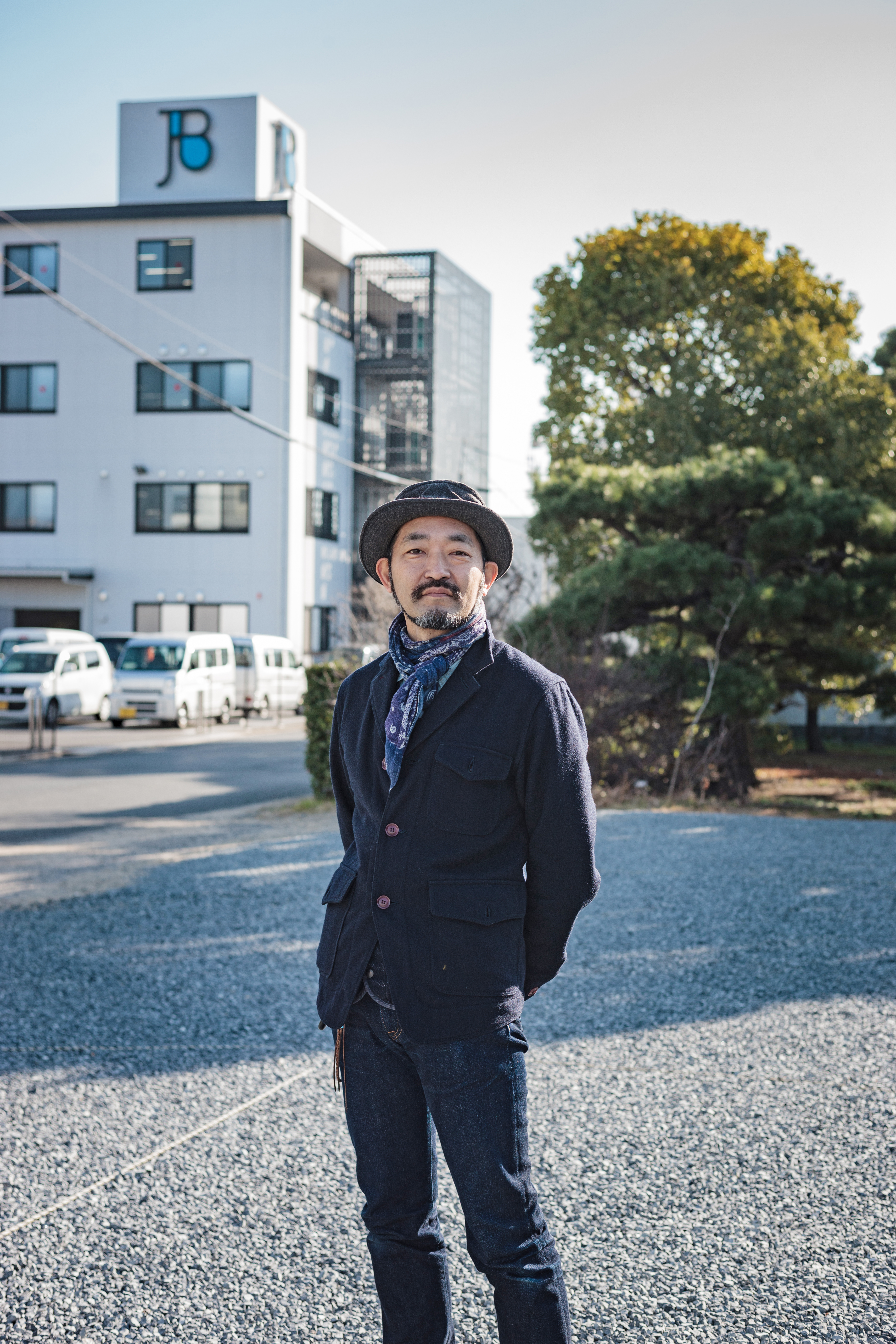 I head there next to meet CEO Shuji Ishibashi. “Stone-washing helps pre-shrink the jeans and achieves that sought-after vintage faded feel that’s very fashionable,” he tells me as we watch a worker imprint “whiskers” – the faded lines just below the front pockets of jeans – using a hand-held tool. He is quick to emphasise that manual work is still an important part of the process – only a human can ensure that the ideal colour and fade have been properly achieved.

Getting a clearer picture of the labour involved in creating Okayama’s famous jeans, I head next to Momotaro Jeans, which remains the standard bearer. Since its launch in 2006, the brand has eschewed trends – the focus has always been on slim, timeless silhouettes. A number of factors account for Momotaro’s high price points, including its use of high-end Zimbabwean cotton and vintage power looms to weave heavy fabric with lower tension.

According to Momotaro public relations manager Katsuya Kimura, these old-school machines have fallen into disuse as modern alternatives that can manufacture fabric in bulk become the norm. Even though these power looms can only produce half the width of denim fabric, they create that durable finished edge known as selvedge – tightly woven bands on the inside seams that prevent fraying, and regarded as a hallmark of quality denim. “There aren’t many people left who know how to repair these old machines when they break down,” says Kimura, who has been with Momotaro Jeans’ parent company, Rampuya, for 16 years. 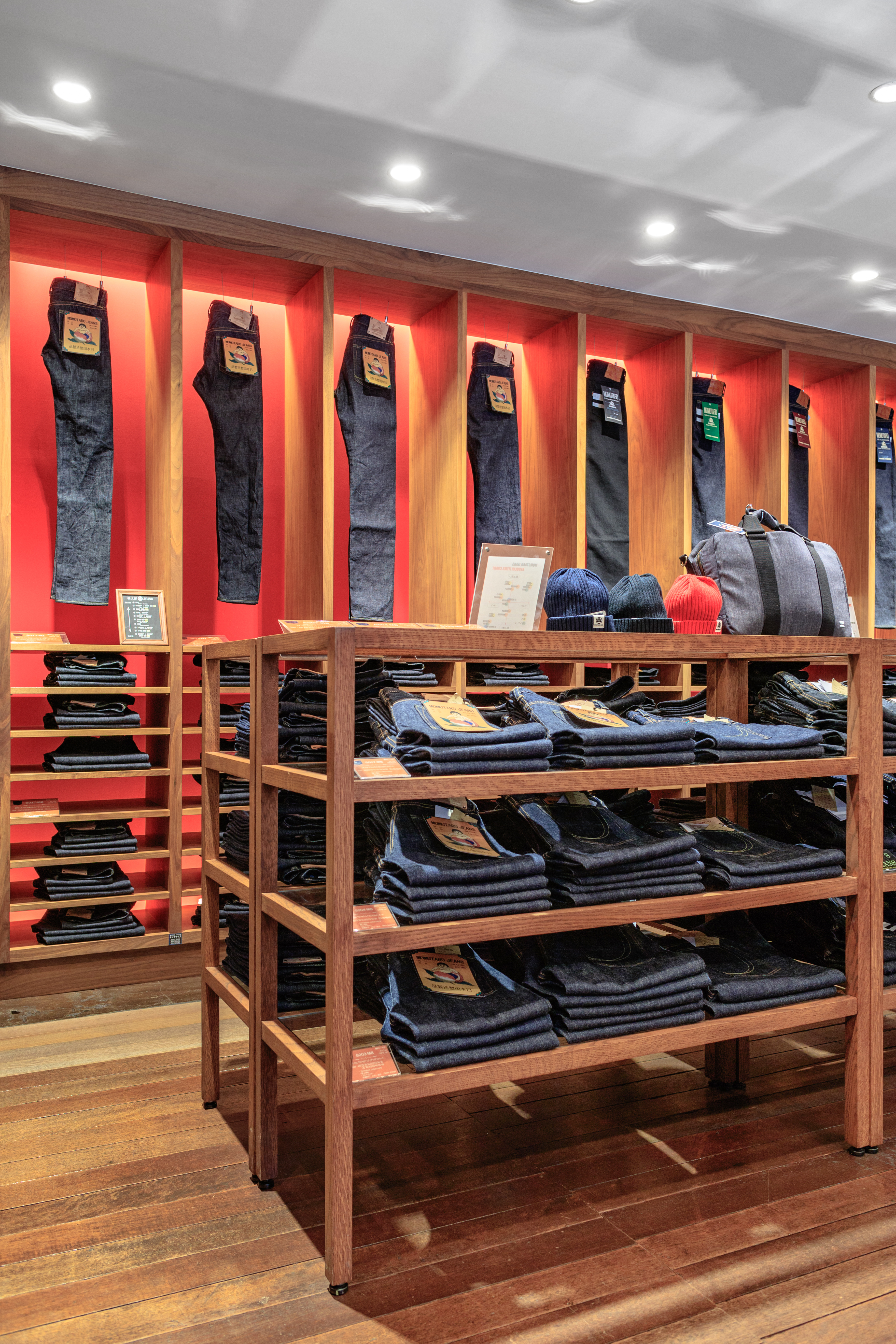 I ask Kimura why, despite Momotaro’s cult status overseas, the brand is still mainly marketed to the local crowd. His answer is point-blank: “Japanese customers are more appreciative of the quality and craftsmanship that goes into making Momotaro jeans.” I feel a bit chastened, thinking about my wardrobe full of cheap high street jeans back home.

The artisanal approach – combined with Japanese perfectionism – means that many of these brands are unlikely to make it out of the country, but the focus on quality, not quantity, allows manufacturers a more explorative approach. Case in point: customised denim suit maker inBlue. The store is tucked behind an alley amid animal cafés, restaurants and souvenir stores in the popular tourist area of Kurashiki Bikan Historical Quarter. “We wanted to bridge the gap between casual and formal wear,” says manager Hirofumi Matsuoka, an effusive man wearing a striped three-piece suit from the label. “It’s been a strong point of differentiation for us, and we’re proud to be the first company to offer such unique products.”

The label’s signature style is a plain blue material that’s buttery soft to the touch (“perfect for summer,” says Matsuoka), although inBlue offers up to 50 fabric types, including checks and stripes, and in thicker material, to cater for colder climates. Matsuoka adds that while its target market is gentlemen in their fifties and sixties, due to the higher price points (a three-piece suit starts from ¥113,400), inBlue has of late seen younger customers too, thanks to the brand being featured on TV.

Leaving Okayama, my bags noticeably heavier and my wallet significantly lighter, I’m a bit of a convert. The number of skilled hands my jeans have gone through makes it hard to quibble about price tags – you might even say the craftsmanship is priceless.

Fabric production in Kojima: a timeline

Land reclamation begins to connect Kojima, which was once an island, to Honshu on the mainland 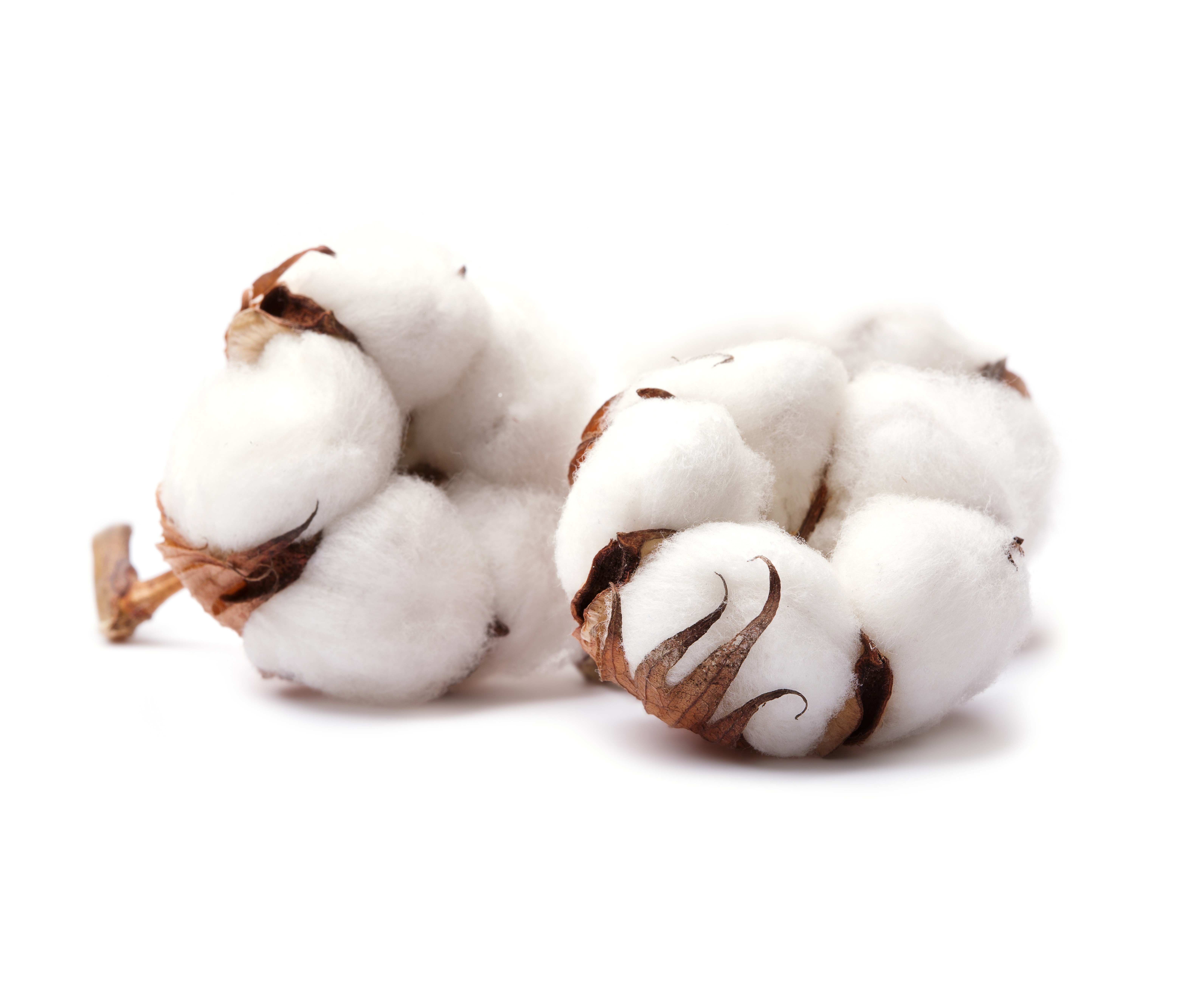 The tracts of farmland made available through reclamation are used for cotton cultivation, leading to a lively textile industry in the area 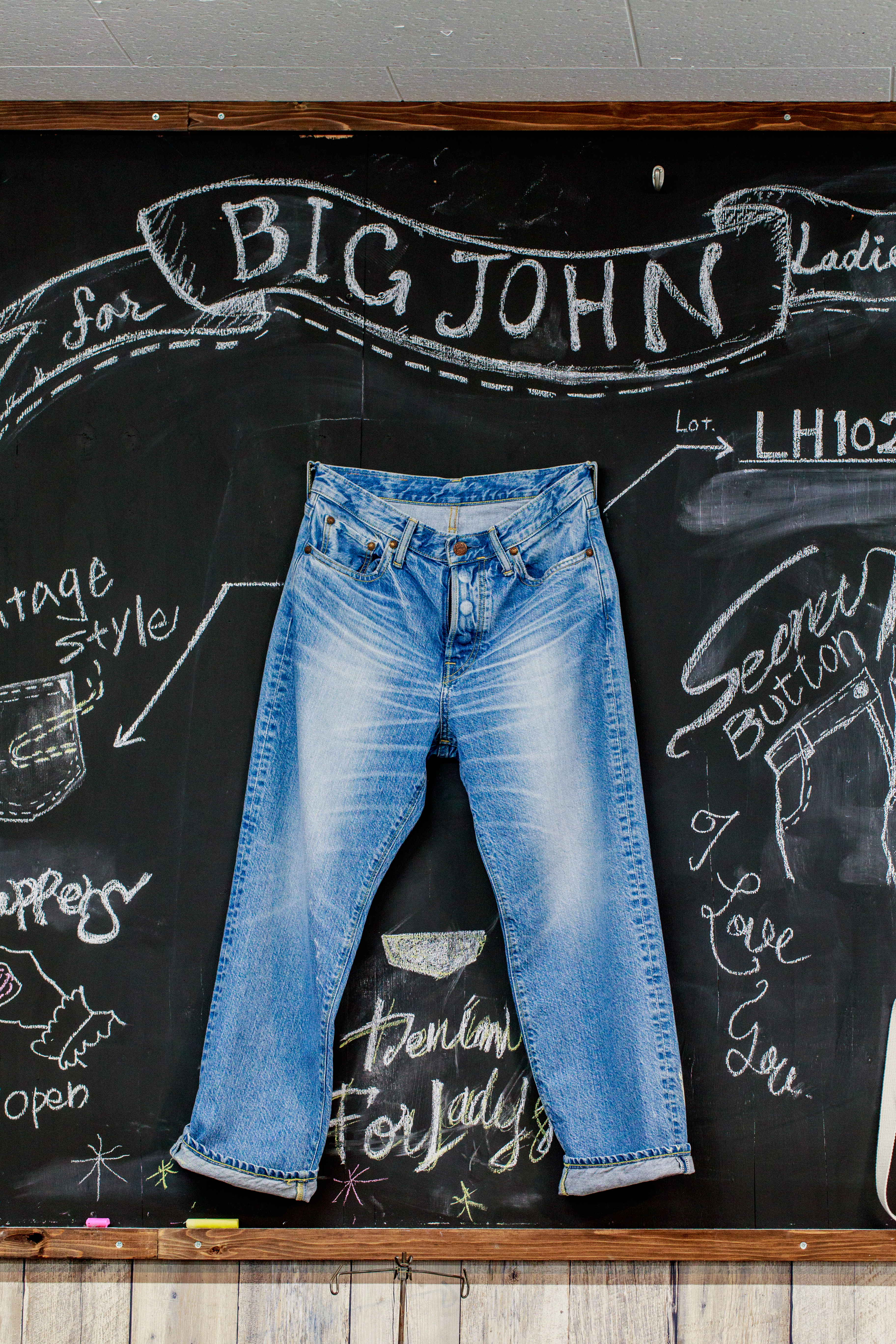 Jeans stores start popping up on Ajino Street, marking the revival of a shopping area previously shuttered due to a declining population

Watch artisans at work at the pioneering brand’s spacious store.

The denim suits sold here bridge the gap between formal and casual wear.

Fly to Okayama with Hong Kong Airlines and choose the best jeans you want! Click here