In the face of rising rents and density in Hong Kong, two experts discuss co-living space as a possible solution to housing

Co-founder and managing partner at District15, which specialises in real estate development and more

852: What are some of your big-picture observations about Hong Kong housing?

Christiane Lange (CL) Hong Kong is notorious for its high-density living. Apartment prices have become among the highest in the world. As a result, shared living – not necessarily co-living – is common and a result of the hyper density. For example, adult children often still live with their parents until they are married. I have been researching the growing phenomena of co-living and co-working for a while now. Alex, as someone who has developed co-living housing, do you think it offers a viable alternative, or even a solution?

Alexander Bent (AB) While Hong Kong is dense in its urban areas, there’s a lot of buildable land available. If the government opened up areas like brownfield sites [land that was previously contaminated due to waste or pollution] and former industrial buildings, the city might be able to address housing issues more effectively.

CL We should also clarify the term co-living here. The co-living concept comes in many different forms today. It has evolved from a flat-share among individuals with similar interests, to actual housing or hospitality concepts by creative industries, architects and developers. Those concepts offer communal areas and smaller individual units, which make it easy for millennials or globetrotting professionals to enter a city. In Hong Kong, concepts such as The Nate [in Tsim Sha Tsui] offer an alternative to living – not necessarily to housing – in Hong Kong.

AB Yes, I’m not trying to solve any housing issues. But with our latest project, The Nate, we are able to offer slightly lower rents [HK$15,000–$25,000] within the serviced apartment segment by offering a co-living concept. It’s a reaction to our experience building serviced apartments. We realised that a lot of people didn’t use their private kitchen, so we moved it to a communal floor.

+852: Can the private sector lead the charge to make housing more affordable?

AB I think the government has to push solutions forward – for instance, by giving incentives to reserve space for low-income units. I am always going to try to maximise my rent as a developer, as I report to my investors. Do you think we should work beyond commercial interest?

CL [laughs] No. But perhaps co-living can lead everyone involved in housing development to find alternatives in Hong Kong. At the Department for Architecture at the University of Hong Kong, we have been working through alternative communal housing models in the past year. It’s ongoing research but we have proved that shared housing adopted to public housing schemes, for example, can be a successful model for a public housing development. 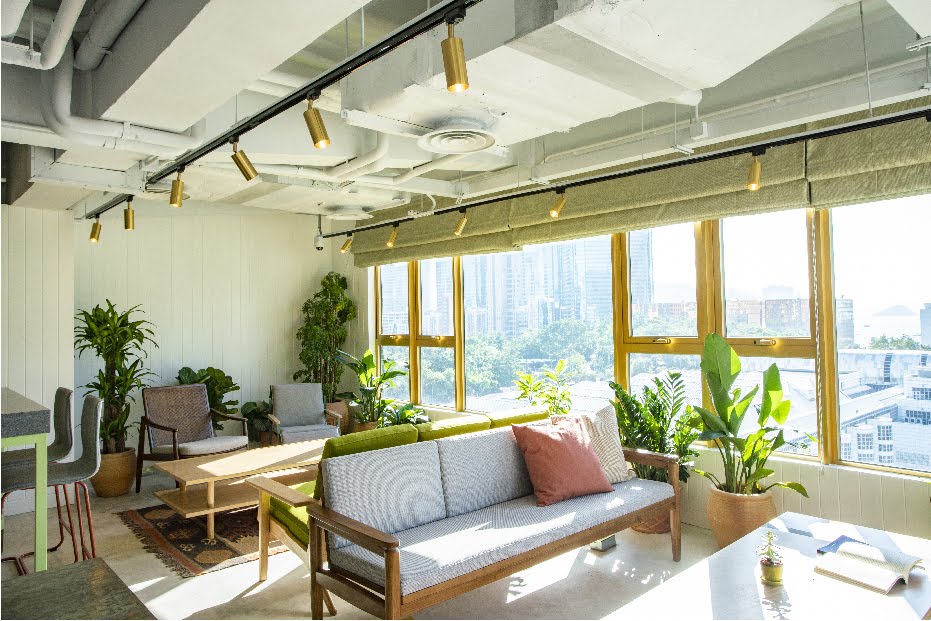 +852: Do you think Hongkongers are ready for co-living?

AB It’s interesting. At The Nate, we expected our residents to be transmigrant professionals passing through the city. But we were wrong. Surprisingly, around 50% of our residents are Hongkongers and many have rented a studio longer-term.

CL I think people are willing to explore. Last year, IKEA conducted an international survey in collaboration with an independent design and research studio Space10 that was all about co-living. Surprisingly, most said they didn’t mind small spaces; however, the major concern was privacy as part of the overall communal set-up. I have tested a couple of co-living housing concepts and it is indeed a different lifestyle. An interesting challenge for those concepts is how to negotiate the communal aspects of co-living and the private ones to create a homely experience.

+852: Is there hope for Hong Kong housing in the future?

AB The trend, globally, is that many people want to move to urban centres but struggle because of the housing availability and affordability. I think co-living could become more normative in the future, but it will have to be driven by the market.

CL Alternative shared living arrangements might serve as an entry point to the city or other styles of living. I don’t think it will solve housing issues necessarily, but I think it will play a role in the future. A more productive way to phrase the question would be: “In future, how do we want to live as a society?” rather than “Is there hope in the future of housing’ – and work towards that.”