Long before the techpreneurs descended in multitudes, San Francisco was known for innovation in quite a different industry: chocolate-making. Asal Ehsanipour speaks to some of the movers and shakers in the industry

An unmistakable bittersweet scent permeates Dandelion Chocolate’s Valencia Street factory and café. The sweetheart of San Francisco’s bean-to-bar chocolate scene produces single-origin chocolate bars using only cocoa beans and sugar. At this location, customers can sip hot chocolate and enjoy mouthwatering cookies, brownie bites and other pastries while watching the confections being made behind the counter. 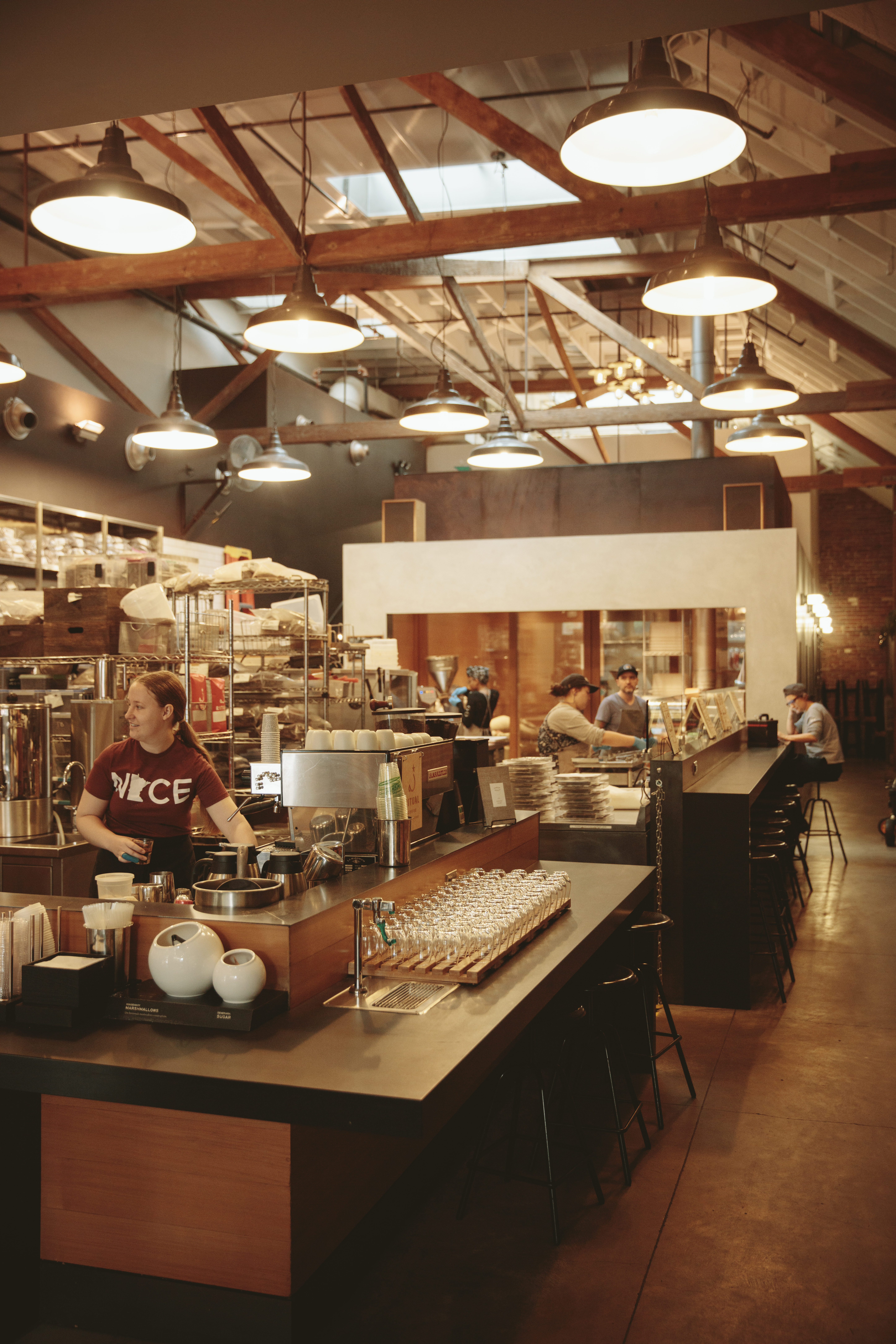 “There are easier ways to make money than a small-scale chocolate factory in San Francisco,” co-founder and CEO Todd Masonis says with a smile. “But we’re doing this because we love it and we want it to exist in the world.”

Masonis is in good company. The Bay Area has had a long history of chocolate-making, going back to the California Gold Rush (1848-1855), when merchants like Italian Domingo Ghirardelli made their fortunes supplying chocolate and other goods to wealthy gold miners. Another merchant, Etienne Guittard, who learned to make chocolate at his uncle’s factory in France, got his start trading chocolate for mining supplies. Both men eventually went on to launch what would become two of the country’s oldest chocolate brands.

“You smelled all of that stuff walking down Montgomery Street in Downtown San Francisco,” says Etienne’s great-grandson Gary Guittard, the current president and CEO of Guittard Chocolate Co, retelling family lore out of his Burlingame-based office, surrounded by vintage ads from Guittard’s early days.

Through much of the 20th century, however, the industrialisation of the chocolate industry led to a decline in its quality – the cheaper versions were often loaded with sugar, shortening and other lesser ingredients. A return to high-quality American chocolate began in 1996, when Scharffen Berger Chocolate Maker introduced the country’s first “bean-to-bar” chocolate, prioritising an aromatic and nuanced flavour experience. 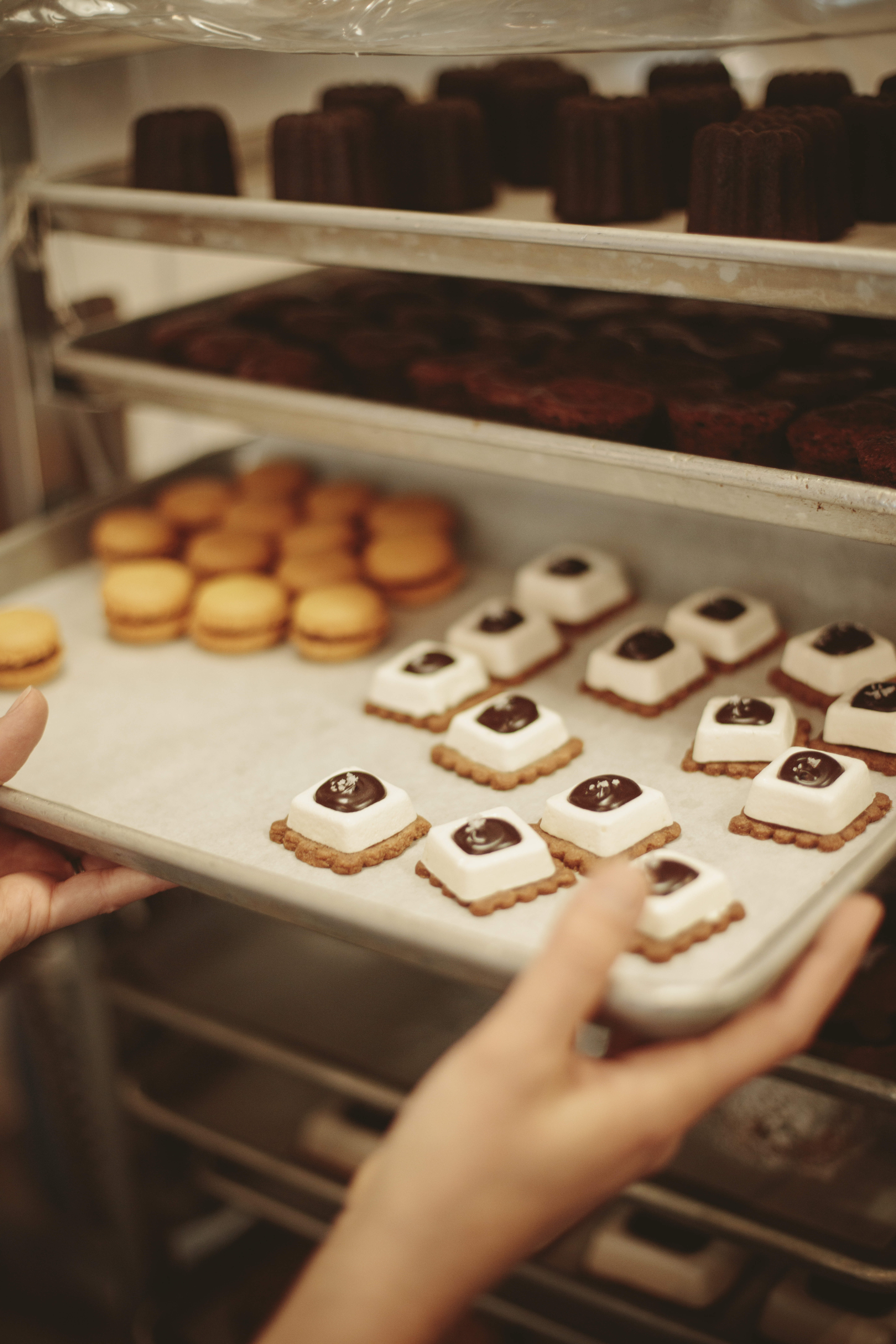 John Scharffenberger, who was a successful winemaker before founding the chocolate company, says the two businesses have a natural affinity. “The wine business, in terms of flavour, takes no prisoners. You have to get the flavour right. And flavour is really what drove Scharffen Berger.”

Scharffen Berger would go on to be a pioneer in the industry in other ways: borrowing the wine world’s tradition of transparency by plastering cacao percentages on its trendy packaging and opening its factory in Berkeley to the public, the effects of which reverberated throughout the country. Though Hershey acquired Scharffen Berger in 2005, its legacy continues through an American craft chocolate movement with strong Bay Area roots.

Today, San Francisco’s entrepreneurial spirit has expanded the industry’s repertoire to include inventive confections, gourmet chocolate tours and an abundance of chocolate shops. Here, acquaint yourself with some of the most important names in the San Francisco chocolate industry today. 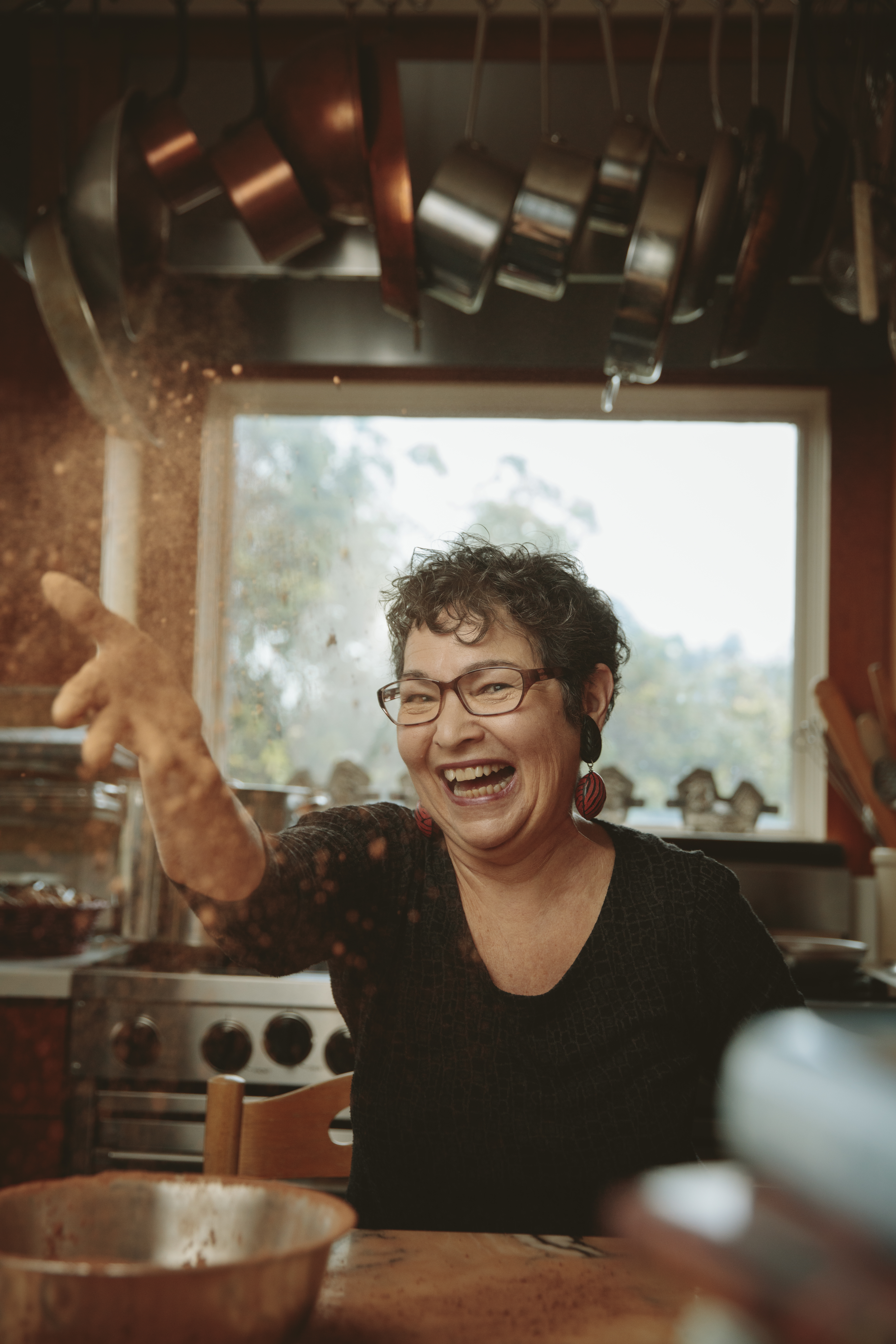 Using a European approach to food that favours fresh and local ingredients, Alice Medrich opened her Berkeley-based dessert shop, Cocolat, in 1976, and shot to national fame by popularising chocolate truffles in the United States.

A James Beard-Award-winning cookbook author and pastry chef, her love affair with desserts started with a trip to France in the early ’70s, where she was bewitched by her landlady’s truffle recipe.

“Compared to the chocolate candy that I grew up with, this truffle was like a little bittersweet poem,” she recalls. Medrich’s claim to fame would be the California truffle, larger and with a notable bite, compared to the dainty French varieties.

Medrich sold off her share of Cocolat in 1989 but she remains entrenched in the world of chocolate. Her cookbook, Bittersweet, published in 2003, urged consumers to adjust recipes based on the type of chocolate they use. “Many people still don’t understand what it means to switch back and forth between one type of chocolate and another. There are different percentages of cacao,” she explains. “A recipe that calls for eight ounces of bittersweet chocolate might not be helpful unless it’s more specific.”

Medrich may be in her sixties now, but her passion for all things bittersweet hasn’t waned. The walls of her North Berkeley home are lined with vintage chocolate posters, and her shelves stacked with baking books. She also helps out at Guittard Chocolate Company, where she recently developed recipes for the company’s 150th anniversary.

“I still love exploring flavours,” she says. “And since I don’t have a business where I have to rely on things being consistent every day, I take that opportunity to play the field.” 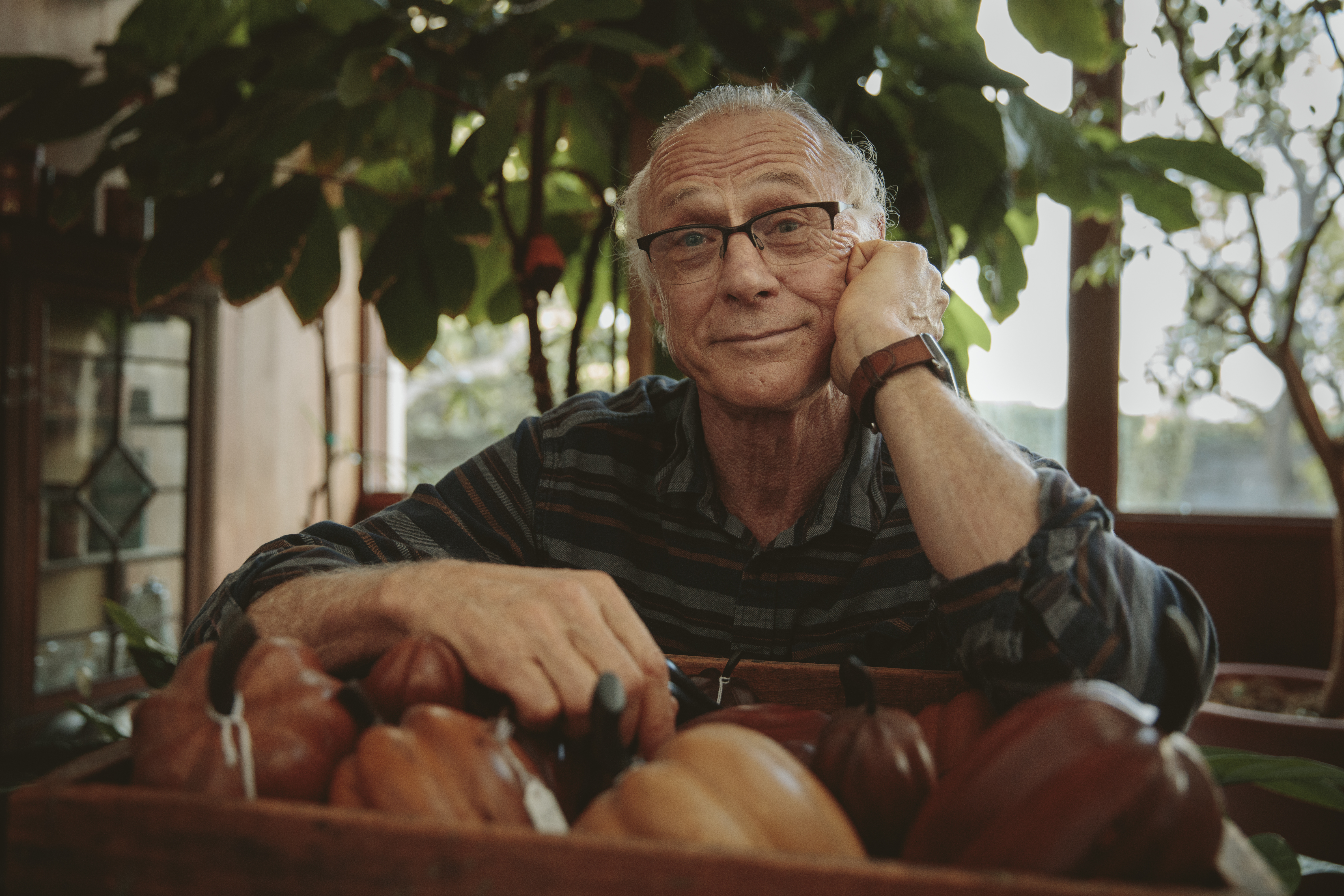 With Gold Rush-era beginnings, Guittard Chocolate Co is the oldest continuously owned and operated chocolate company in the country. By the time fourth-generation owner Gary Guittard took over the family business in 1989, the company had already established itself as a successful wholesaler.

Today, as he darts around puddles of chocolate at his Burlingame-based factory, it’s easy to picture him as a child romping around his grandfather’s cocoa bean warehouse, sneaking tastes of unfinished chocolate. “This was always my favourite product,” he says, dipping his fingers into a mixture of chocolate liquor and sugar. “I like it because the sugar sort of scratches your mouth.”

As he grew more knowledgeable about the practices of craft chocolate brands, he began to question his company’s mass-produced approach, and sought to replicate the European milk chocolates whose flavours and textures he loved. “We figured we knew how to make chocolate,” he says. “But I don’t think we did.” 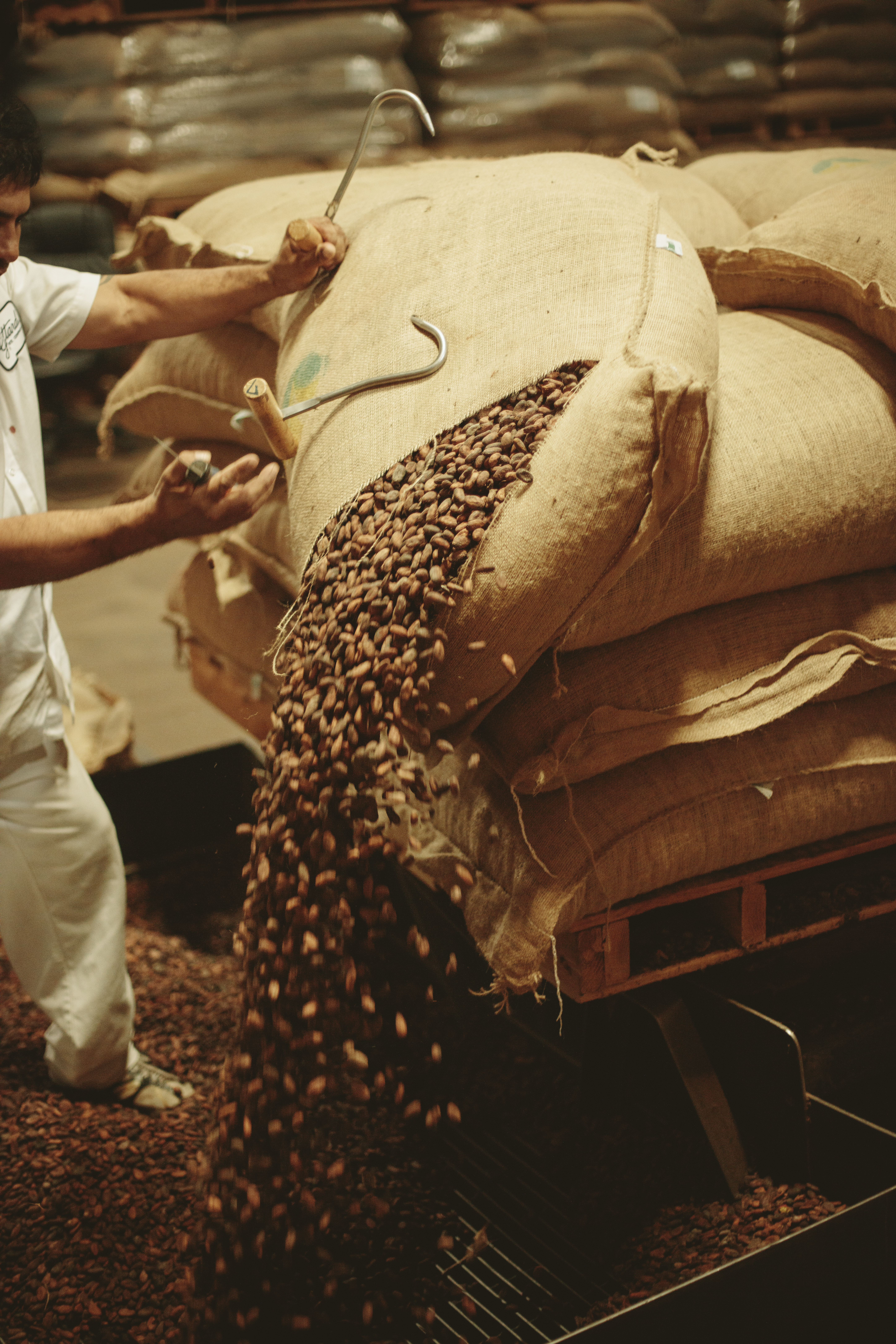 His lightbulb moment happened in the ’90s, when he saw the impact Scharffen Berger was making on the industry through bean-to-bar wares; Guittard realised that to survive, the company had to adapt. “If we weren’t able to make similar types of products, we’d be history.”

Under Guittard’s watchful eye, the company focused on refining its flavours, expanding its repertoire of cocoa beans and accommodating sustainable practices like protecting jungle environments and preserving heirloom cocoa beans. It also revamped its production methods, though still using some of Guittard’s great-grandfather’s original equipment.

Now celebrating Guittard Chocolate Co’s 150th year, its CEO looks forward to expanding production while honouring tradition; his new chocolate, Eureka Works, is made using cocoa from the company’s earliest sourcing locations, including Hawaii, Indonesia, Ecuador and Brazil. By blending old and new, Guittard Chocolate Co has managed to keep up with the times, just as it did in the past. 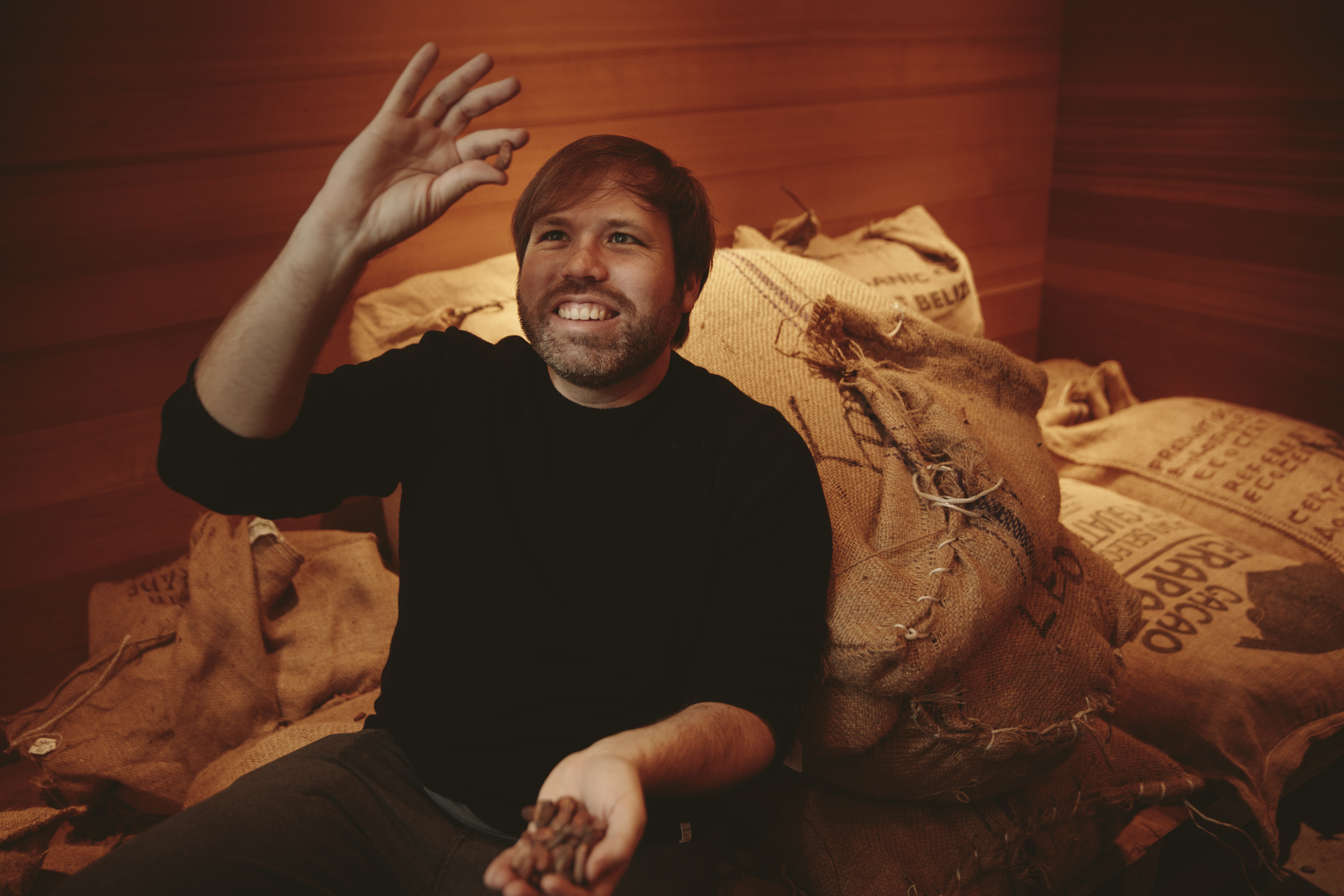 New kid on the block

Former techpreneur Todd Masonis spends his days in a mad dash between his craft chocolate company’s different locations as he gears up for the opening of a second San Francisco factory this month. Besides a factory-café on Valencia Street and a retail outlet in the city’s historic Ferry Building, Dandelion now has several branches across Japan.

While many mass chocolate brands maintain a Willy Wonka approach to production – where no one knows what really happens behind closed doors – CEO and co-founder Masonis has always promoted radical transparency of Dandelion’s process in a number of ways: through classes, the café and even trips to cacao farms abroad. The formula has evidently worked well – Dandelion now struggles to keep up with demand for its gorgeously packaged bars like the caramel-cinnamon-y Butuo 70% from Liberia and the intense Camino Verde 85% from Ecuador. 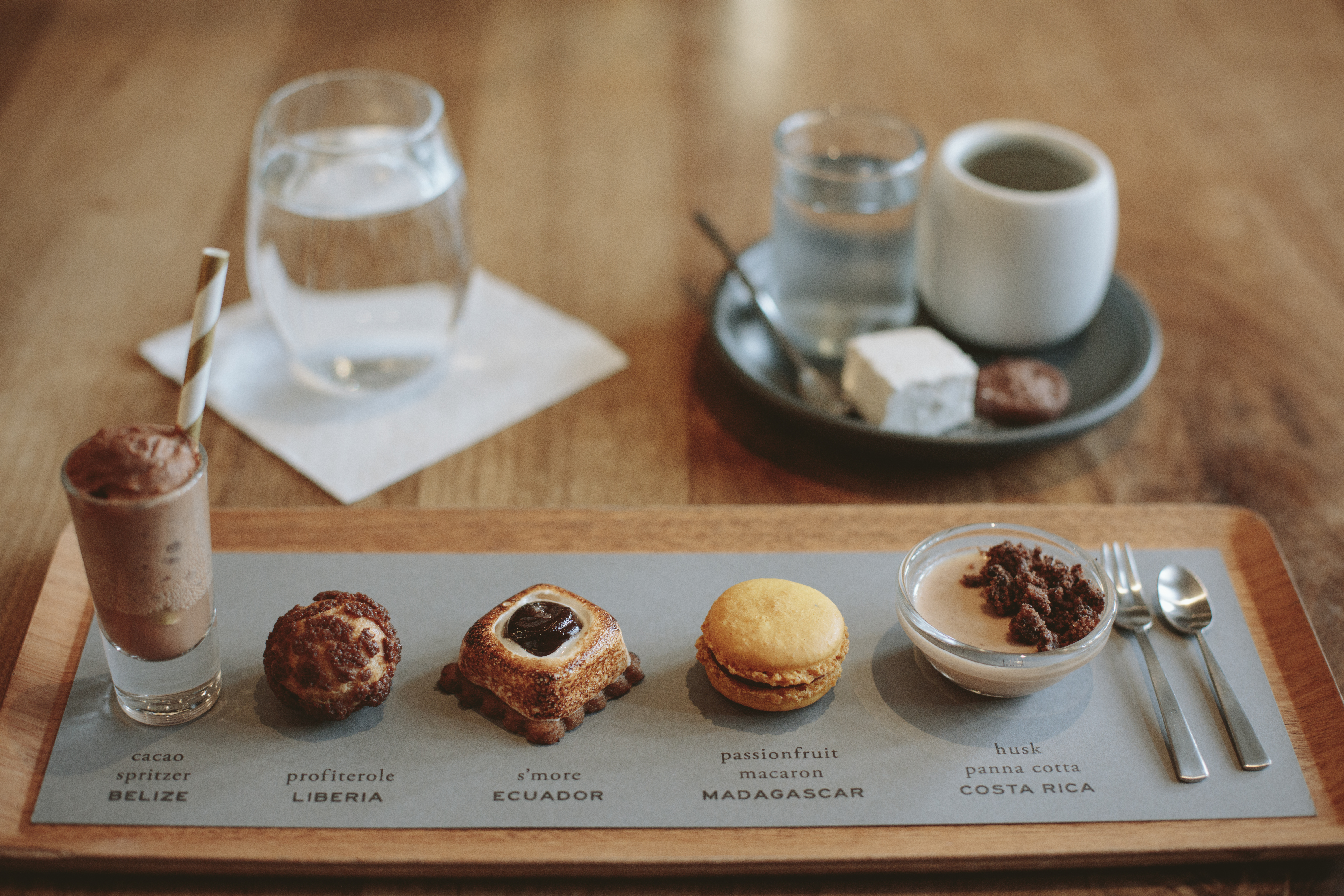 “If we had wanted to compromise what we were doing, if we had wanted to add cocoa butter, if we wanted to use different machinery, change the way we wrap our bars, we could have easily scaled to meet that demand. But we would have cheapened the product.” The reason Dandelion insists on only using two ingredients – cocoa beans and organic cane sugar – in its chocolate is to allow different flavour profiles of the cacao to shine.

The new factory will not only help Dandelion increase production, but also elevate the experiential elements that have so far propelled the company to success. It has plans to devote an entire space for educational events, and another for a European-style chocolate salon. And all of this, Masonis insists, is just the beginning.

“I feel like we still have a ton of work to do,” he says with boyish enthusiasm. “We feel like we are so far away from making even better chocolate, that this could be never ending.” 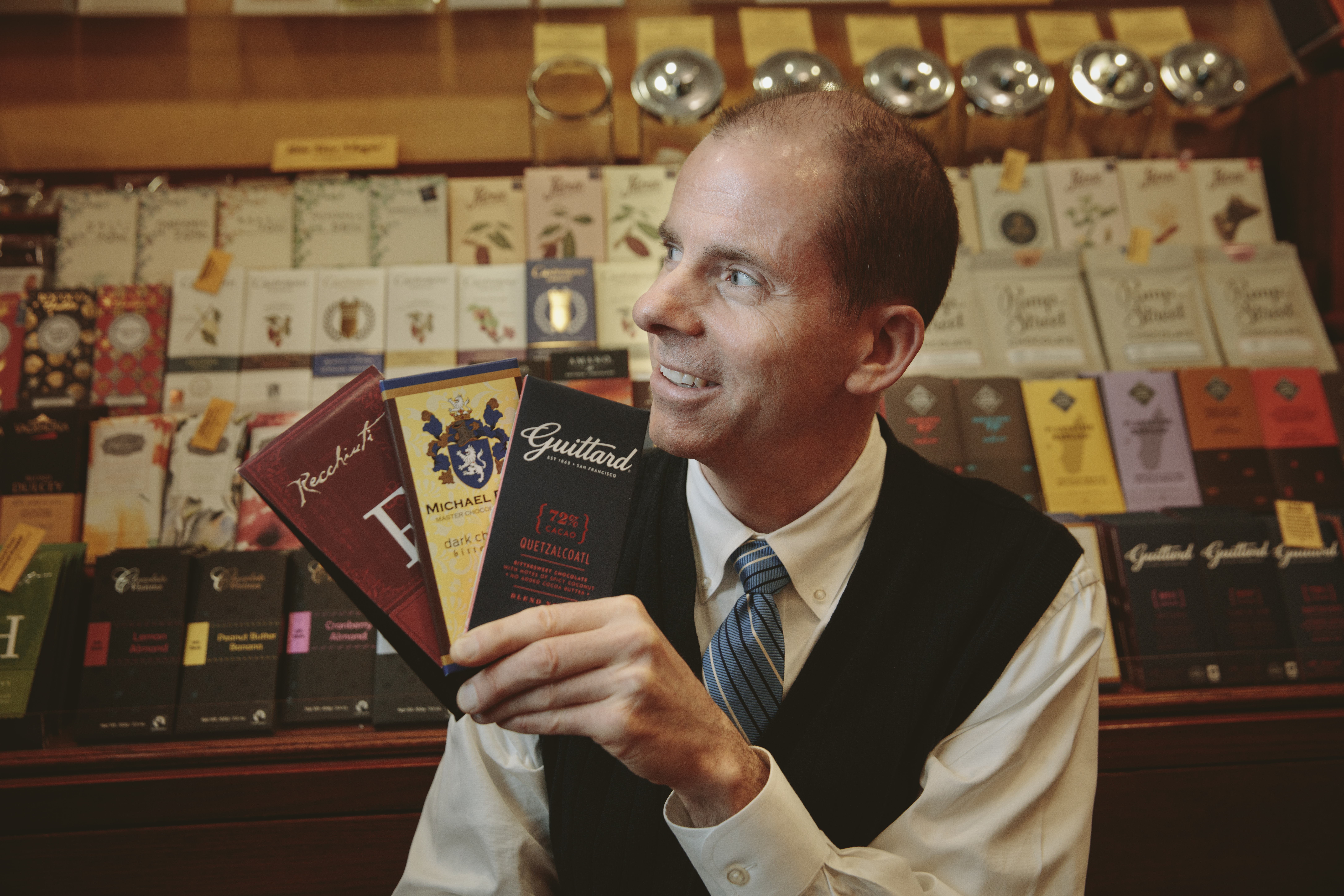 On bustling Market Street, in the heart of San Francisco’s downtown, lies a narrow newsstand unlike any you’ve ever seen. Along with over 2,000 titles – including 700 foreign publications from over 25 countries – Fog City News carries over 200 types of craft chocolate bars, carefully displayed side by side just like its printed wares.

Like most other newsstands in the world, owner Adam Smith originally carried mass-produced chocolate like Snickers and M&Ms. He expanded to European chocolate at the request of his foreign clientele. “They would say, ‘You have French magazines and French bottled sodas. Why don’t you have any French chocolate?’”

Smith stocked European brands until the mid-2000s, when he pivoted to reflect the once-again burgeoning American chocolate scene. “There’s so much character and personality to every US chocolate brand on the market now,” he says. “It’s our duty to educate the customer about that.”

More than a vendor, Smith is dedicated to an old-school, face-to-face approach to retail. His curated selection is the result of his tasting thousands of chocolates, following a rating system he created himself. Smith takes it upon himself to educate customers on each brand’s unique backstory, offers chocolate samples and encourages them to taste for notes such as pineapple, graham cracker and goat cheese.

Despite having tasted so much chocolate, Smith is reticent when asked about his favourite. “If there was just one best bar, I’d have an entire shelf filled with it, because why bother with anything else? I’ll leave it to the customer to explore the big wonderful world of chocolate and figure out what their preferences are.”

+An at-a glance- look at San Francisco’s top places to eat, visit and rest your head.

Lodge at the Presidio

This recently restored historic boutique hotel is located in the Presidio national park area, a stone’s throw from Golden Gate Bridge. The rooms come with a view of the forest, the city or the bridge. 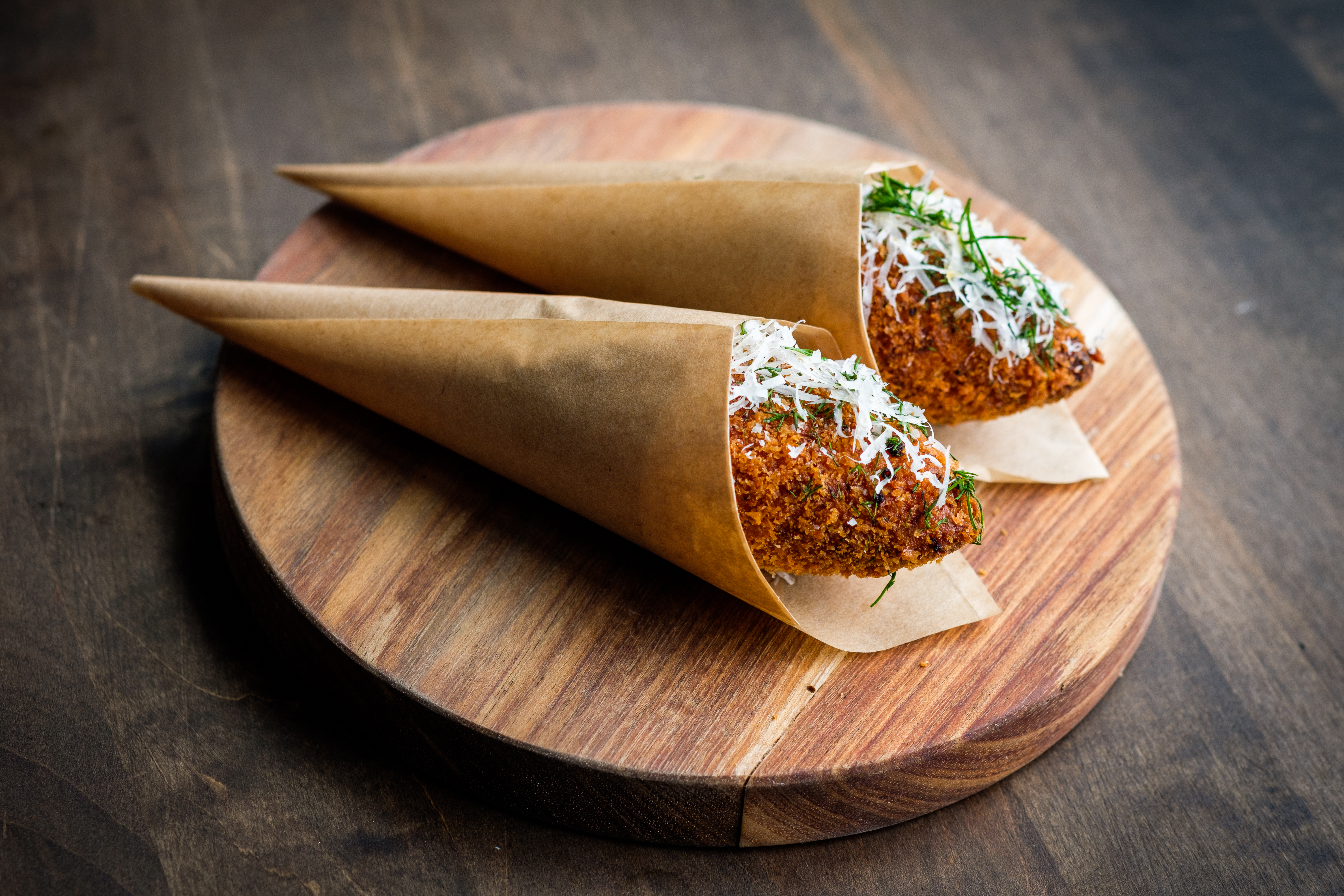 In food-heavy Hayes Valley, Anina offers island-inspired punch bowls on the dog-
friendly patio, and refreshing spritzes against its tropical décor. This cocktail bar’s airy, teal-toned space is the perfect place to hole up on a foggy day.

Through 24 Feb, the San Francisco Museum of Modern Art will exhibit work by over 60 artists and groups analysing China’s role in global society. “Art and China after 1989: Theatre of the World” creates an art-historical framework for performances, photographs, paintings and other forms of media. 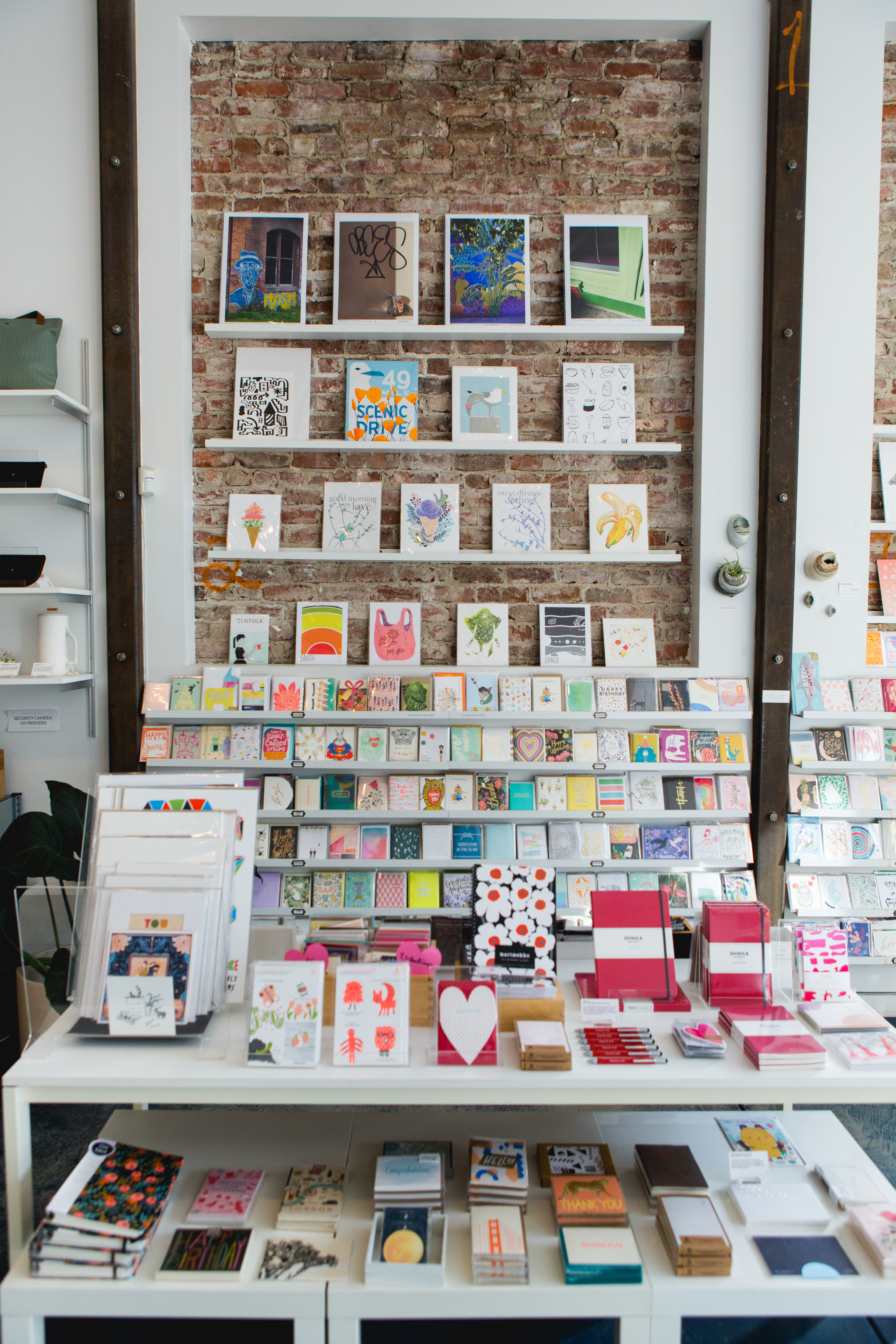 With a curated selection of stationery, ceramics and other playful gifts by mostly local designers and artisans, this neighbourhood shop also includes art shows and book signings, along with other community events.