In rural Tottori, intrepid residents are banding together to make Japan’s most sparsely populated prefecture an amazing place for visitors and residents alike, discovers Lily Crossley-Baxter

Carefully lifting a bee-covered frame from a busy hive, second-generation beekeeper and Yazu local Yuuki Ootani introduces his colony with pride. As he points out different cells – some filled with food, others with honey – the 35-year-old explains how the hive’s dynamic and dutiful cooperation keeps it alive. “The bees all have their own roles, but they also have to work together and mix with bees from other hives, so it’s good to share the apiary.” In many ways, the bee hive seems an apt metaphor for the communities in Tottori, especially for how they’ve come together to regenerate the area in recent years. 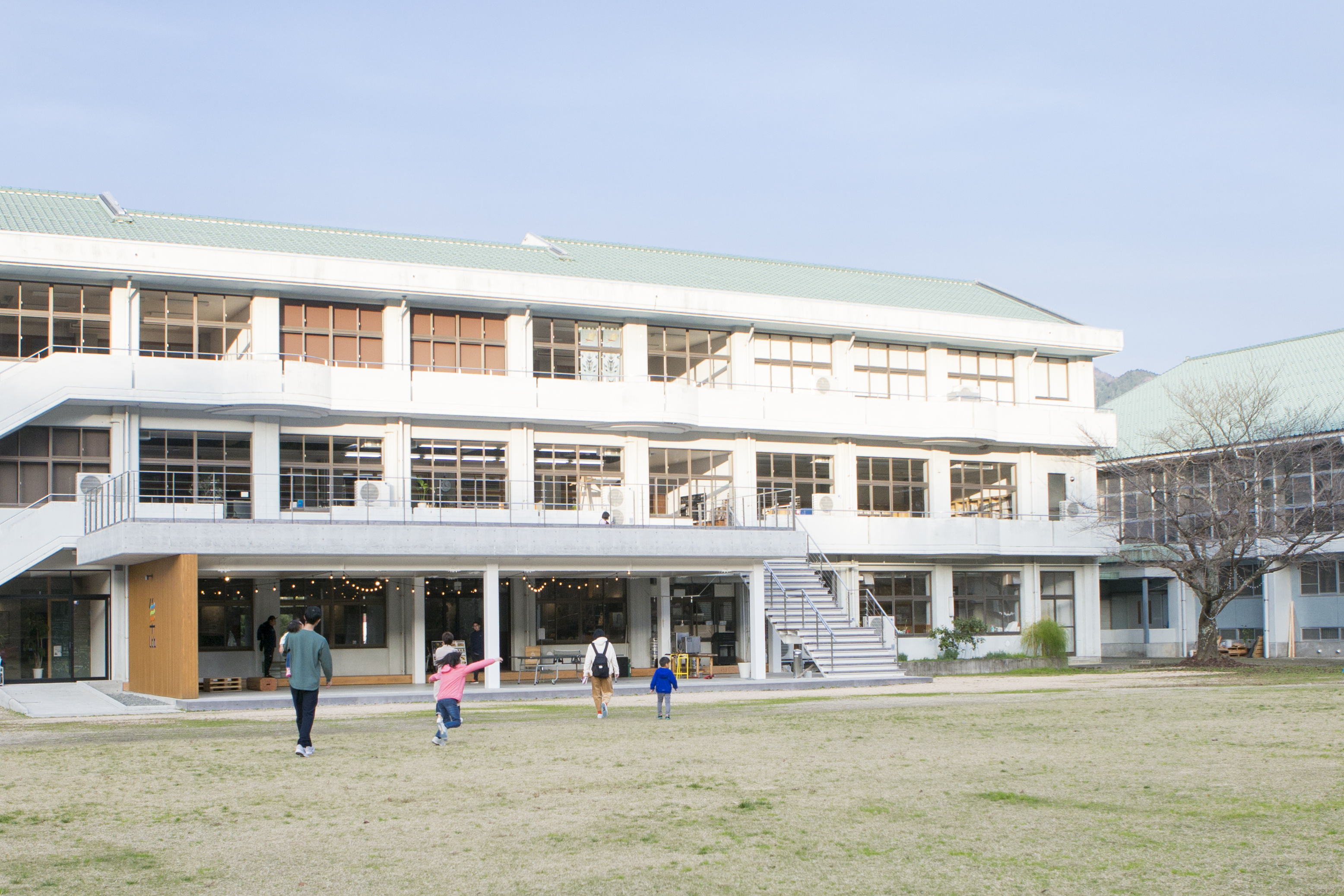 Japan’s challenges with low birth rates and a rising ageing population are well-documented, and nowhere is this more obvious than in Tottori, Japan’s most sparsely populated prefecture, where it’s also common for young people to make the move to urban areas after graduating from university. It’s estimated that 90% of the country’s population now lives in urbanised regions. In Tottori, the signs of this phenomenon can be seen everywhere – in its neglected land, abandoned homes known as akiya and silent schools.

But unlike many others of his generation, Ootani chose to stay. “I like Tottori. I thought there was something I could do for my prefecture,” he says, referring to his role in mentoring newcomers and selling honey locally. His hometown, Yazu, is postcard-perfect, all rice paddies and rolling mountains, but he’s seen it change over the years. “There are many elderly people now. The number of uncontrolled rice paddies has increased, and there’s a lot of damage done to surviving crops by wild boars and deer,” he says. With no one left to continue running the small farm-holdings, nature has steadily begun reclaiming the land, too. 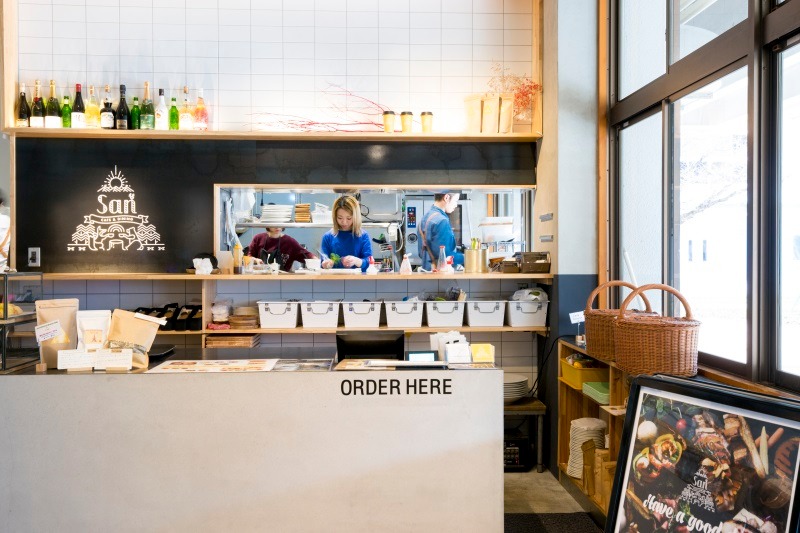 Unlike other rural areas of Japan, though, there is something different happening in Yazu. A two-hour drive from the picturesque city of Yonago, the area is now seeing a steady trickle of tourists, in part thanks to residents like Ootani who have who have joined efforts to revitalise the area in a number of ways, most notably by highlighting agricultural traditions and encouraging travellers to immerse themselves in local experiences. 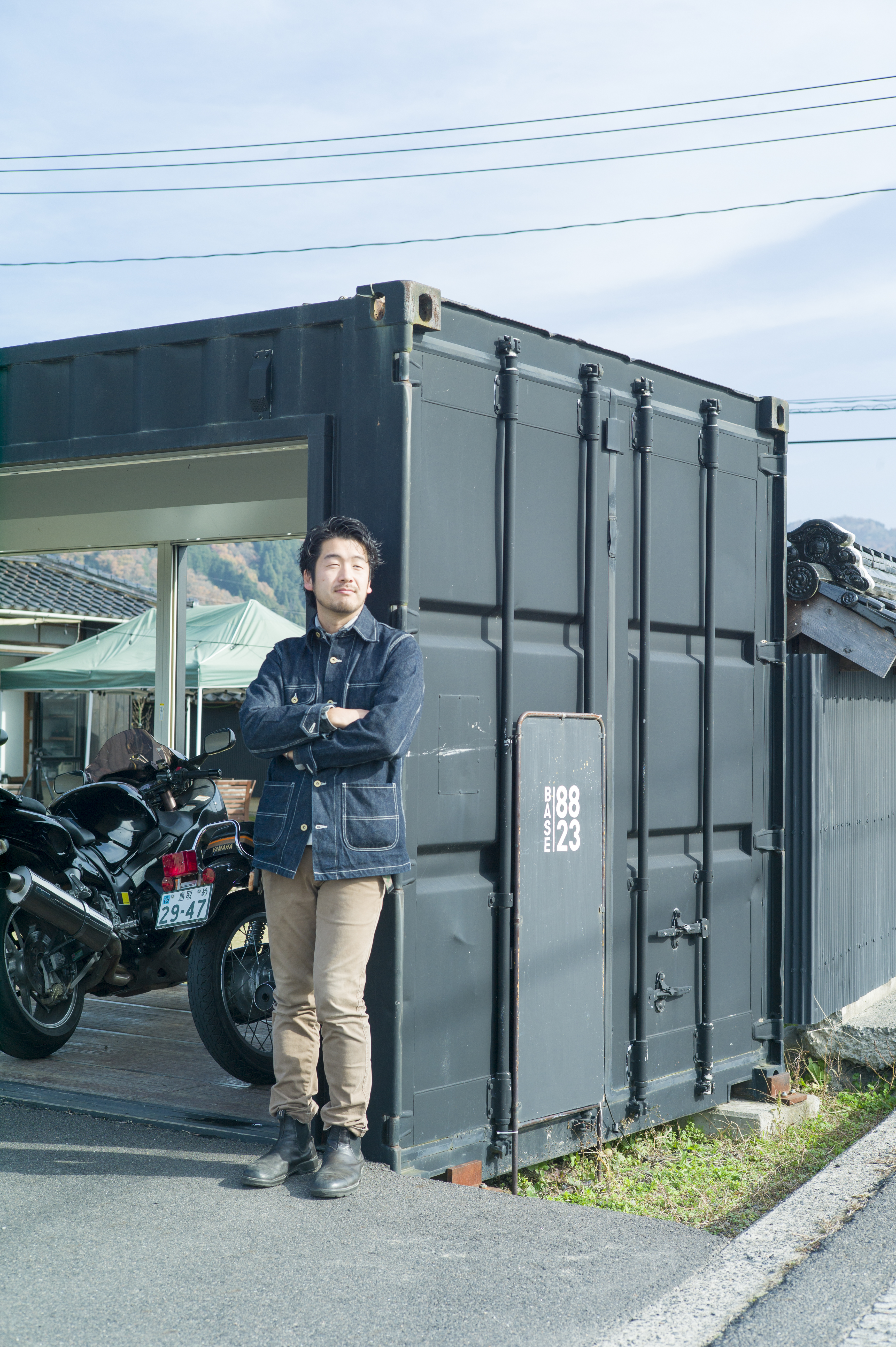 Ootani leads me to the nearby Hayabusa Lab for our honey-based cooking class, located in the village’s now-closed elementary school. Walking down the hallways with big windows overlooking the playing field outside, I can almost imagine the chatter of children rushing to their next class. The Lab now houses a busy café, co-working space and community shop. What started out as an experiment has yielded positive results in more ways than one. “By utilising it as a community space, it has become a place of exchange for local residents, a place to gather and share thoughts, skills and coffee,” Ootani says as he ushers us into a bright home economics classroom.

Founded in 1893 and closed in 2017 due to dwindling numbers, the school has escaped the fate of so many abandoned buildings in Japan. Joining us for the cooking class is Ootani’s beekeeping protégé Tsutomu Arisawa – or Tom, for short. Having recently moved here from Yokohama with his young family, he was originally looking for a rural spot to raise his children. Drawn by the forest kindergarten project in Tottori, Arisawa visited and eventually worked in the area, encouraged by the prefectural government’s relocation benefits like discounted airfares. Having now resettled in the region and worked on local regeneration projects, including the organisation of our tour, he offers a fresh perspective on community efforts. 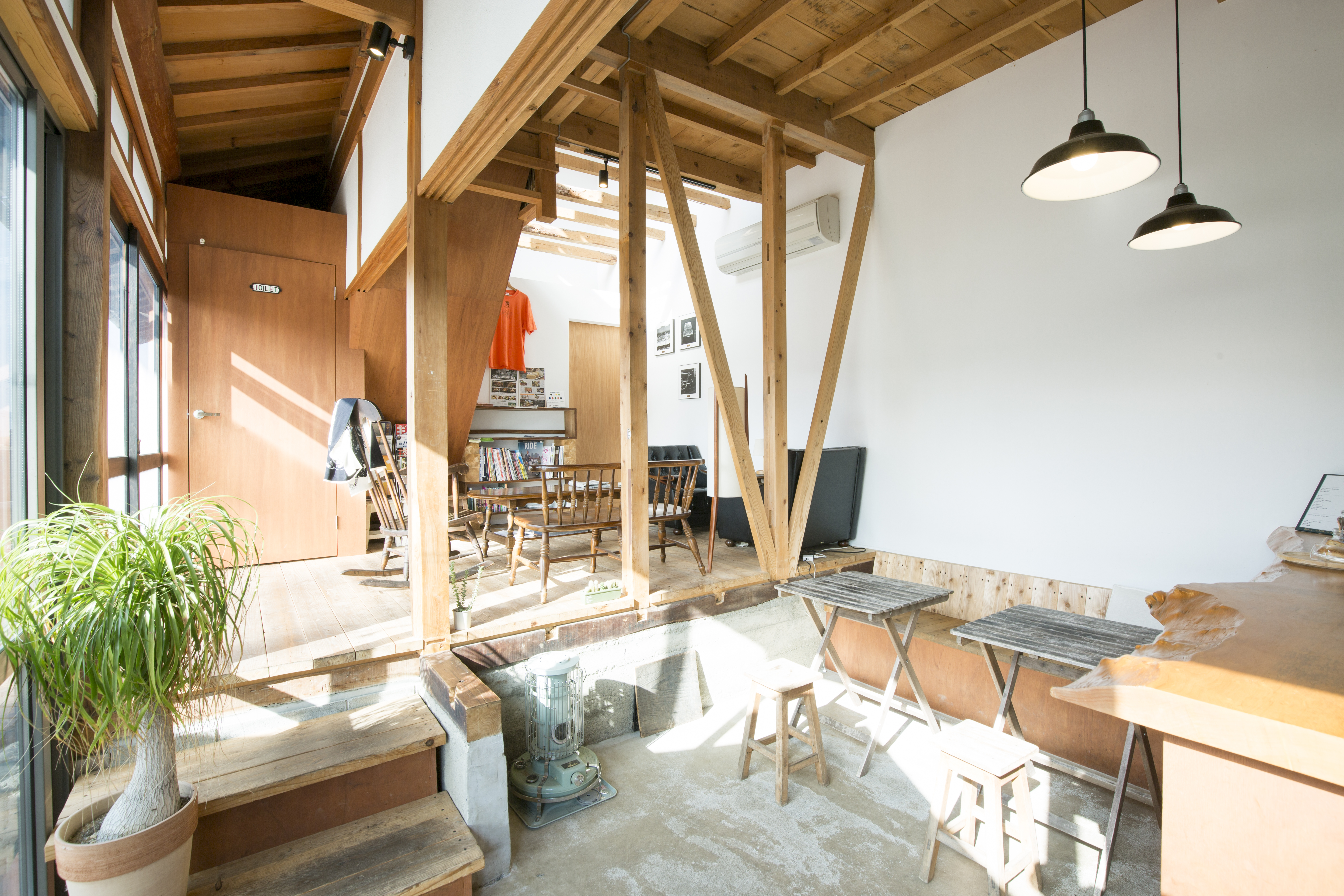 Although initially surprised by the decision to open a community space in a school, Arisawa has come to understand why it has been successful. “People – especially seniors – have nostalgic feelings about public schools, Many still think of the area as being divided into school districts. School is also where people first experienced camaraderie.”

As we make honey marinade under the watchful eye of our teacher, Arisawa explains how the school has become a multifunctional space for the community. “The first floor is always full of young mothers with their children – they can attend yoga classes and give their children baby massages here. There is also a co-working and shared office space for entrepreneurs and local businesses on the second floor,” he says. Every Tuesday, the regional office uses the community space for exercise classes for senior citizens, most of whom were students here. 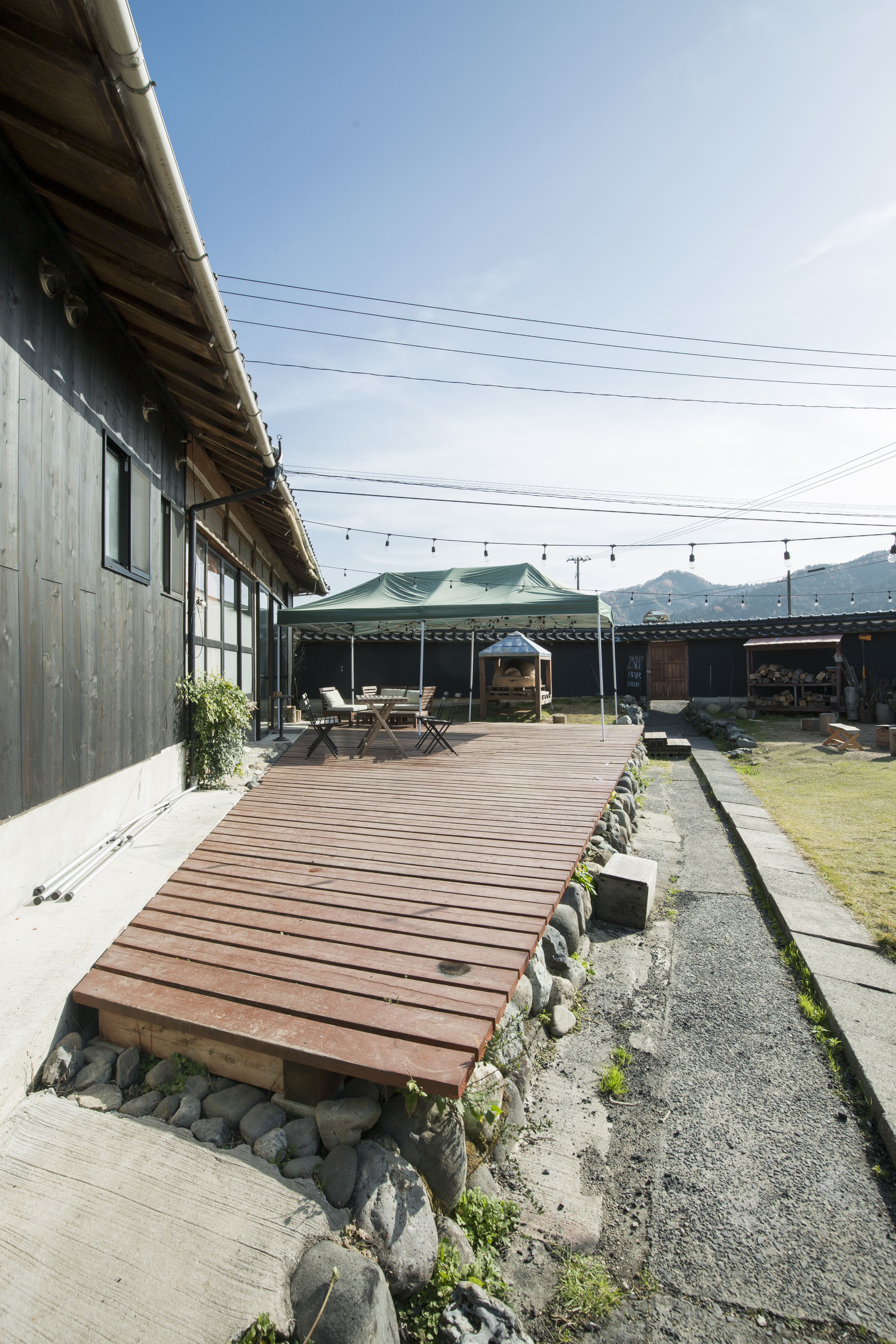 By bringing the older and younger generations together, along with spaces for small businesses, the Lab has created new opportunities for the local economy – and could potentially be a model transplanted to other areas in Japan that are declining. Arisawa believes that part of the reason why it’s worked so well so far is because the Lab has traditionally been a welcoming place. “The community here has always been accepting of people outside the prefecture,” he says. And in recent years, the area has become a huge draw for an unusual crowd – bikers.

It all started when a popular magazine declared Yazu as ground zero for Suzuki fans, thanks to a local train station which coincidentally shared its name with a beloved motorbike model – Hayabusa. An annual meet-up of fans took place here, and while only seven attended the first event in 2008, a decade later over 2,500 bikers filled the town for a weekend of local exploration and social meet-ups. In other areas of Japan, bikers are shunned because they’re noisy. Here, they’re welcomed with open arms. 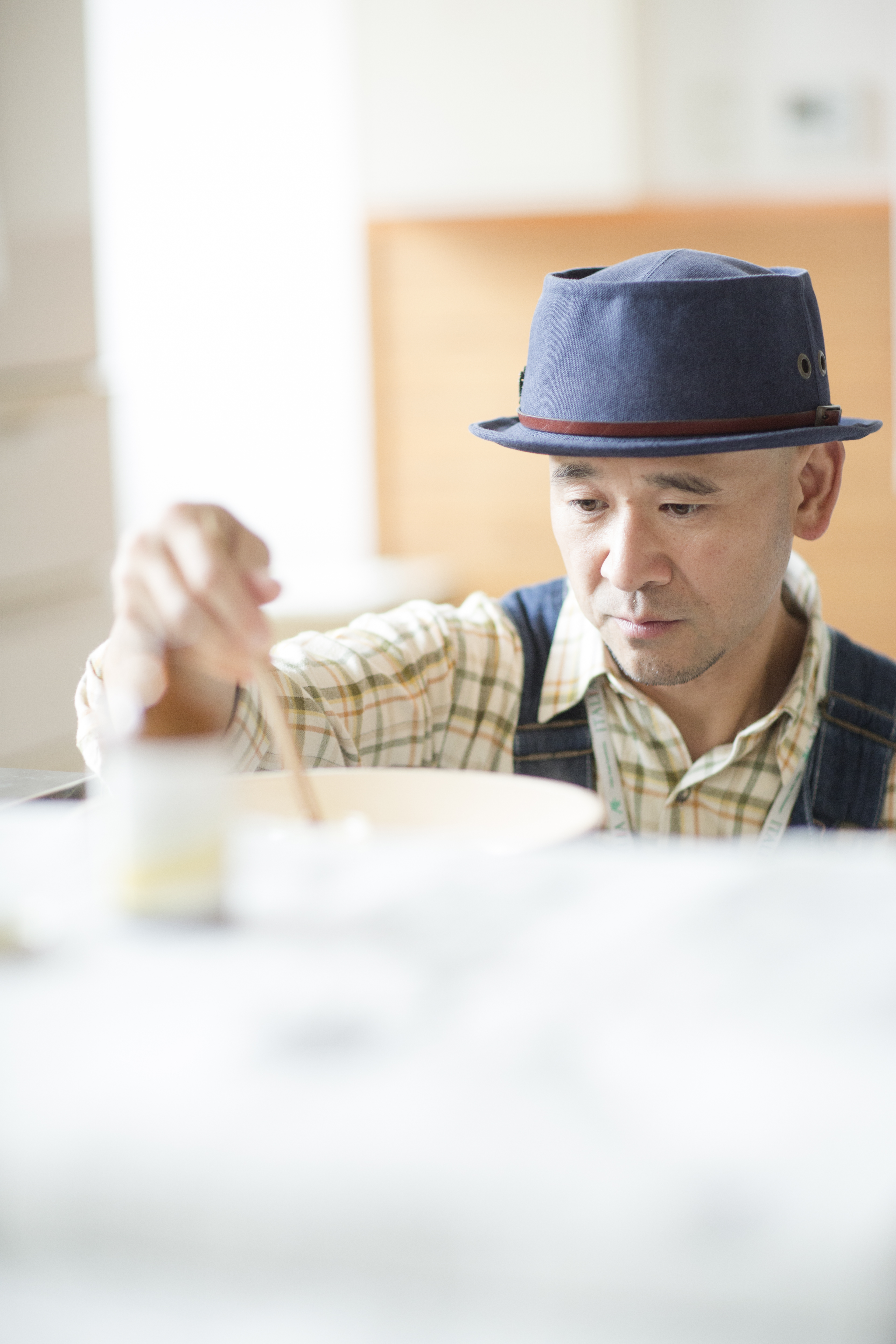 All of this is proof that the task of drawing younger people back to the countryside may not be a lost cause after all. Aware of the possibilities of rural relocation, Shinji Hirai, Tottori’s governor since 2007 – who also relocated to the area from Tokyo – spearheaded a project to draw families to the area. Offering a dedicated consultation centre, childcare subsidies, guaranteed agricultural salaries and trial homes for those considering the move, the prefecture aims to have the highest relocation rate in the country, and with annual figures reaching 2,000 people, it seems to be working.

Our next pit-stop is at a nearby hostel, owned by Takuya Furuta who also established the Lab’s popular café. Opened to welcome bikers, Base8823 is owned and run by returnee residents in a converted akiya. There are estimated to be around eight million such homes across Japan, with the number set to grow to more than 20 million by 2033. If left abandoned, akiya could become a huge problem for communities, with the increased risk of collapse and arson. 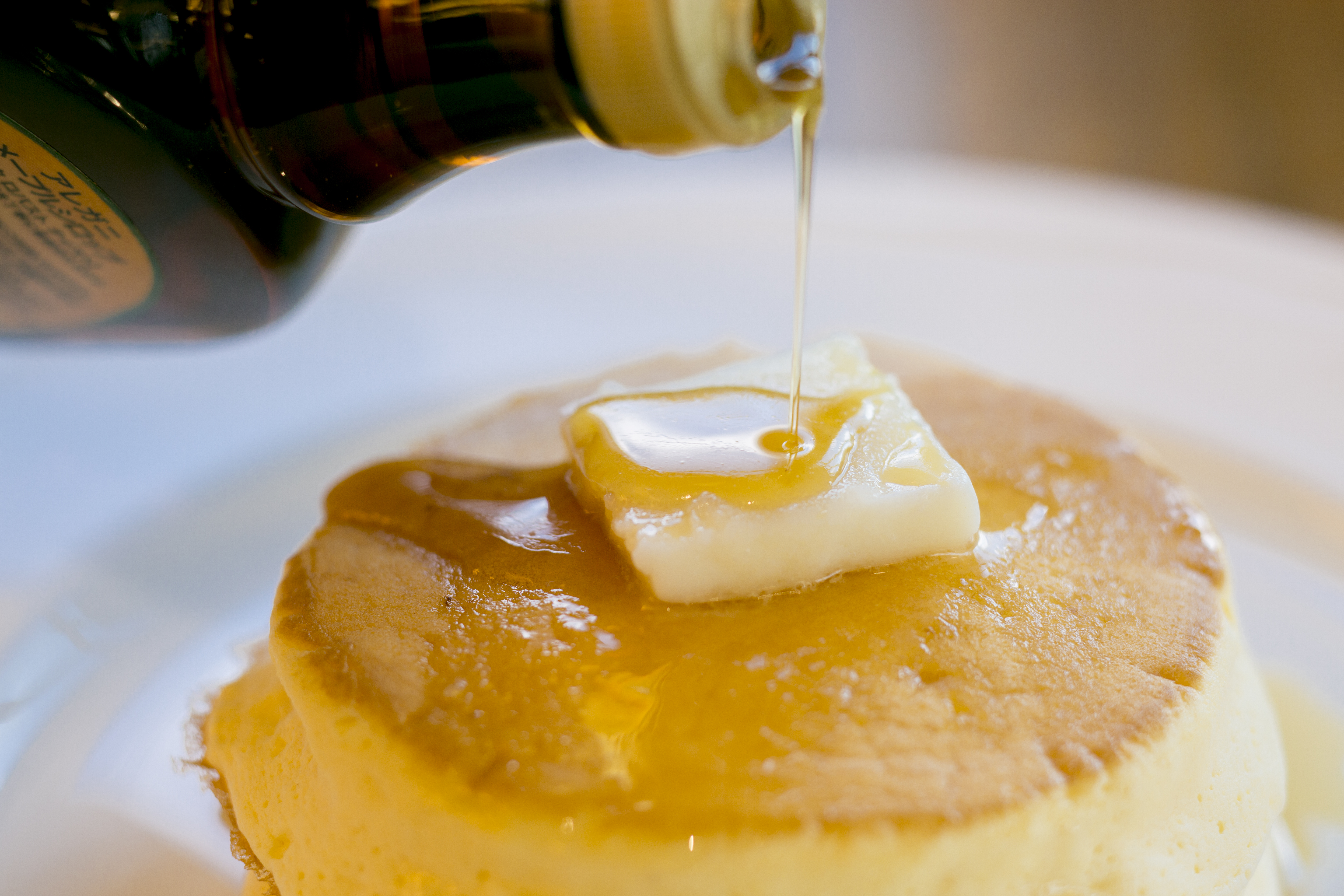 Keen to retain the old atmosphere, manager Kei Yamada explains that they chose to renovate rather than start afresh. “You’ll see traditional and contemporary elements here. We think it’s a pretty cool style.” Besides the café at Hayabusa Lab and the hostel, they also run Home8823 – a café in the renovated Farmers Association Building. There, they link local pensioners with those who have recently moved to the area to help create stronger community bonds.

Yazu’s revitalisation efforts have been contagious. In the nearby town of Oe, a local elementary school is set to have a second life as a hostel, targeted for a May 2019 opening. When we arrive later that afternoon, the youngest project member, Kazuto Sekiguchi, shows us around the empty classrooms and explains that the project wants to do more than just attract tourists. “It will also create jobs for locals and increase the self-esteem of the residents by highlighting the nature and culture of Oe,” he says. This includes offering unusual activities that can’t be found elsewhere, like konnyaku (a staple dish made from root vegetables with a jelly-like texture) cooking classes led by senior citizens. 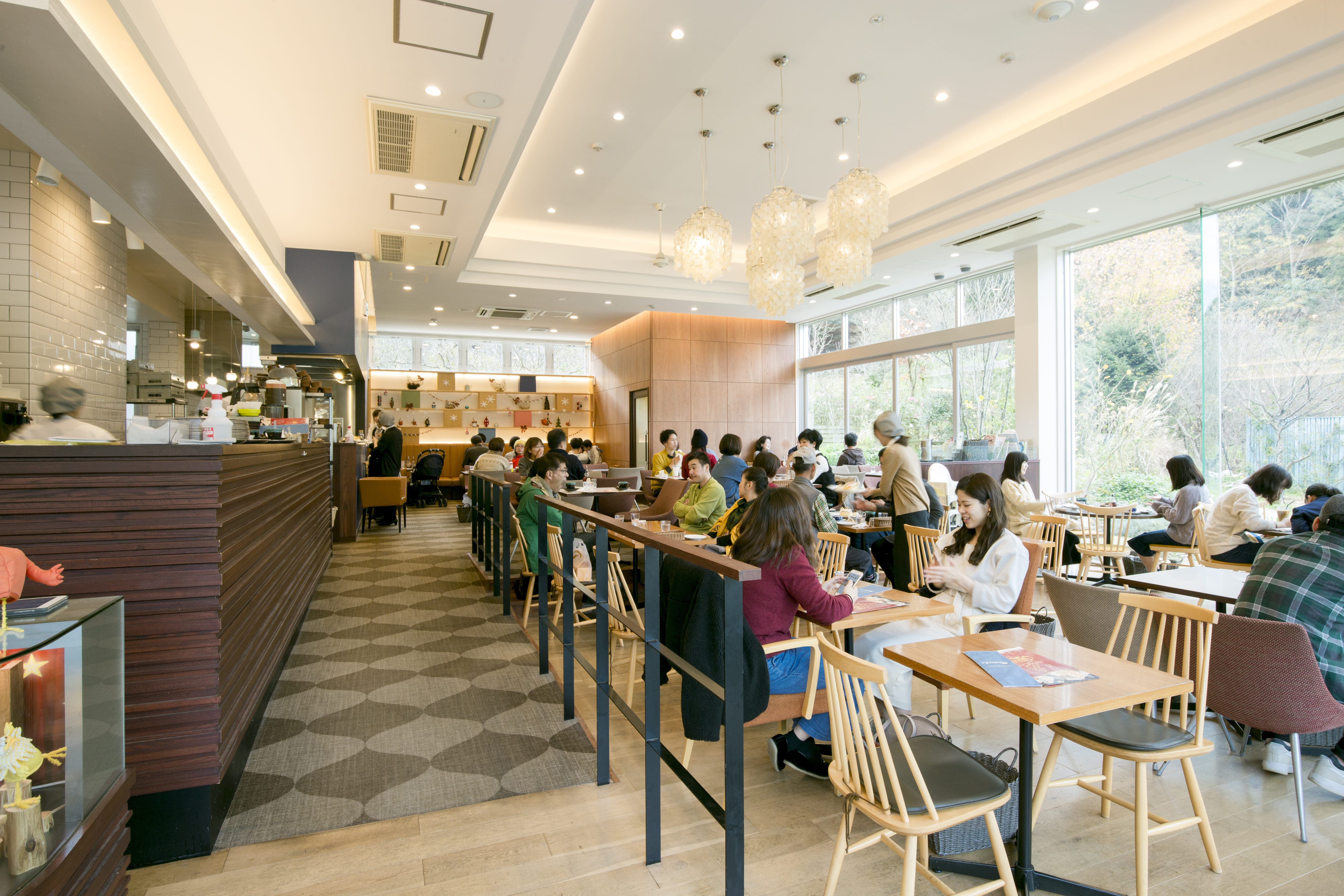 The team behind the hostel’s redevelopment also runs the nearby Oenosato Farm Resort, famed for its delicious pancakes and egg dishes. This time, Sekiguchi explains, they are encouraging greater local involvement with the hostel. “Locals have seen the resort flourish, but they don’t feel a sense of ownership in Oenosato. There is a local saying: nietara kuwa de, which essentially means some cook stew, while others just watch, wondering how it is done.”

Keen to bridge this divide, Sekiguchi has worked hard to foster a sense of involvement in his community. “I’m a member of the local traditional dancing club,” he says. “After we practise, we drink beer and chat. Now, the other members ask me about the project and offer to put on a traditional dance show at the hostel’s events,” he says.

There are no easy fixes for population decline, but during my time in Tottori, I was buoyed by the residents’ sense of optimism and the ingenuity with which they have tackled the problem head on. They seemed to have hit on a solution that not only brings visitors to the area but more importantly, inspires those who have seen their communities struggle. “My personal goal,” says Sekiguchi, “is to keep encouraging local residents until more of them actively participate in the projects – we should all be able to cook and eat delicious stew someday.”

An at-a-glance look at Tottori’s top places to eat, visit and rest your head.

Local bar and wagyu beef burger spot with a good selection of beer and shochu from Tottori, along with friendly service.

A traditional Japanese ryokan with private lodgings and hot spring baths in Misasa, a town famous for its onsen. 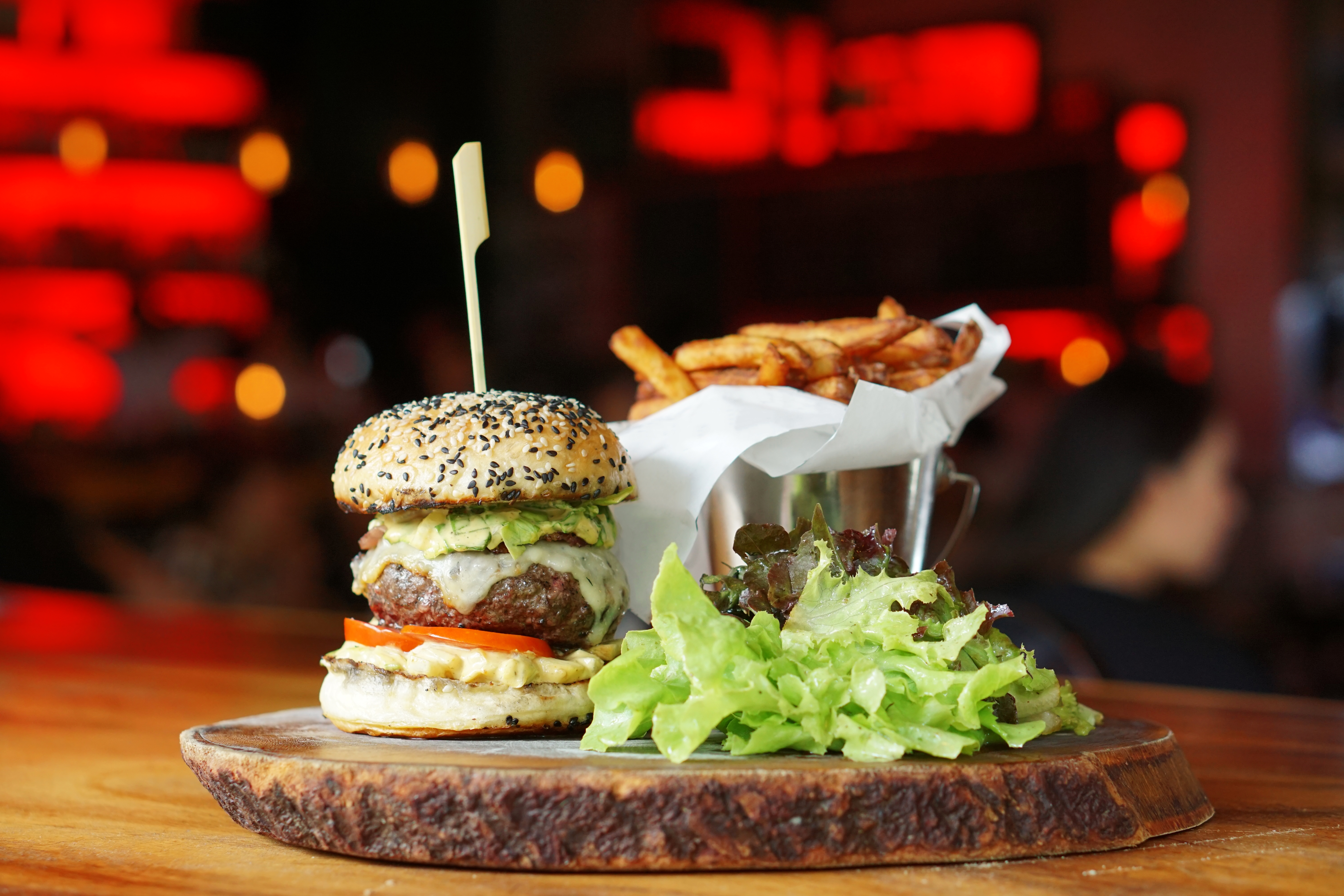 A local sake brewery founded in 1865 has expanded its offerings to include shochu and sparkling sake as well as tours of the facility.

A small town with traditional wooden houses, warehouses and the Wakasa Railway (a Japanese Tangible Cultural Property) as well as the historic Fudoin Iwayado temple.

Paragliding is an alternative way to see the prefecture’s famous sand dunes. There’s a school here that offers half- or full-day courses,
with tandem options available, too.

Fly to Yonago with Hong Kong Airlines and enjoy a countryside experience in Tottori. Click here