The co-founder and chief science officer of Insight Robotics has a lofty dream: to reduce the world’s carbon emissions by 1%

If a tree smoulders in a forest and no one is around to see it, will it start a fire? This may not be a burning question for amateur philosophers, but when it comes to wildfire detection, it’s a notion that’s underpinning a tech-led revolution – one spearheaded by Hong Kong entrepreneur Rex Sham.

Sham and his business partner Kevin Chan launched Insight Robotics in 2009, after bonding over their joint desire to use robotics to solve social problems. “Wildfire is responsible for up to 30% of annual carbon emissions,” explains Sham. “By comparison, all the vehicles in the world contribute just 17%.” During a fire, a burning tree releases the carbon it has collected during its life back into the atmosphere. “And when trees die during a wildfire, the carbon-absorbing capability of the forest is reduced,” Sham adds. “It’s a double loss.”

Sham and Chan spotted a gap in the market that fell in the sweet spot of being both ecologically valuable and economically viable. “[When we launched], there were no effective solutions in the world that could detect very early stage wildfires,” Sham continues. “Since wildfire is a problem that has no good solution but affects everyone on Earth, we think there will be someone willing to foot the bill.”

In 2013, Insight Robotics launched the Forest Scan FD-1 wildfire detection robot. Sitting high above treetops on existing lookout towers, powered by solar and wind energy, these diminutive bots survey their surroundings using smoke-detection algorithms and computer-aided thermal technology that can detect a single tree on fire from up to 8km away. 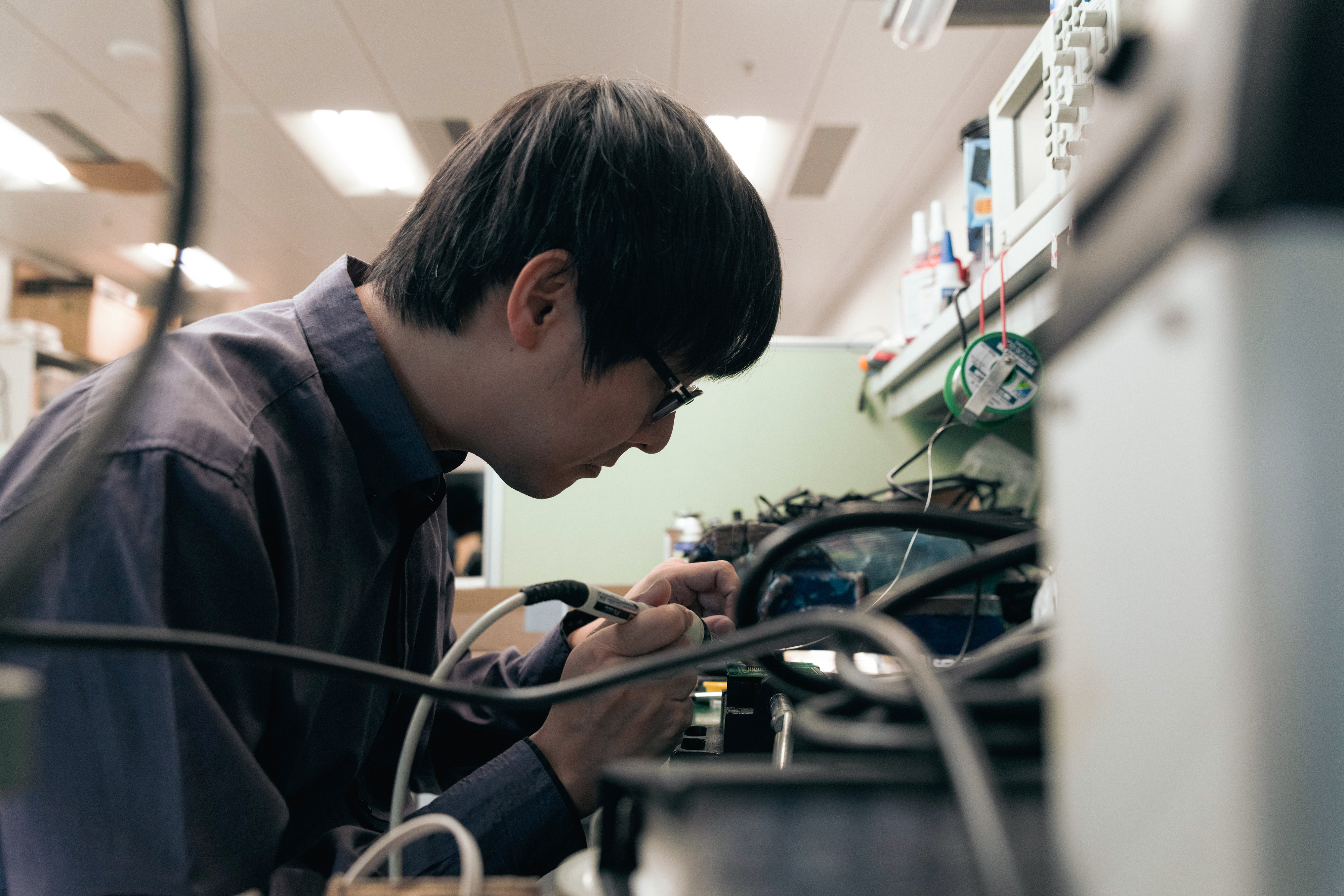 “When we started developing the FD-1 we set a functional specification that it must detect forest fires within 15 minutes of ignition of the first tree,” explains Sham. “But there was nothing we could learn from. Footage in the forest fire video archives was recorded when the fire was already out of control. No one has ever managed to  detect – or record – forest fires at an early stage.”

To overcome this, Insight collaborated with the Guangdong Academy of Forestry to do tests in forests in China. The academy set real fires to forests that had been severely infected by pests and diseases, and allowed Insight to collect data surrounding how forest fires start, spread and get out of control. The data was then used to develop proprietary hardware and software algorithms.

Insight’s robots are disrupting the millennia-old approach to handling forest fires. “Most forests are monitored by humans who sit on top of towers called fire lookouts,” explains Sham. “This has not changed for thousands of years. Some countries like China have deployed thousands of CCTV cameras in the forest to monitor fires. These two methods don’t work in hazy conditions, as humans and CCTV cameras are both blinded by smoke. Humans are also not good at concentrating on static objects like forests; mental and physical fatigue cause them to lose concentration and detect smoke at a late stage.”

The company’s customers include private- and state-owned forestry, plantation and agriculture companies . While the majority are in China, FD-1 robots have been deployed in Indonesia, Mexico, Spain and Portugal. Globally, Insight’s wildfire detection robots now protect 1.5 million hectares of land, and that number is set to increase, as developed countries increasingly experience the dramatic impact of climate change. 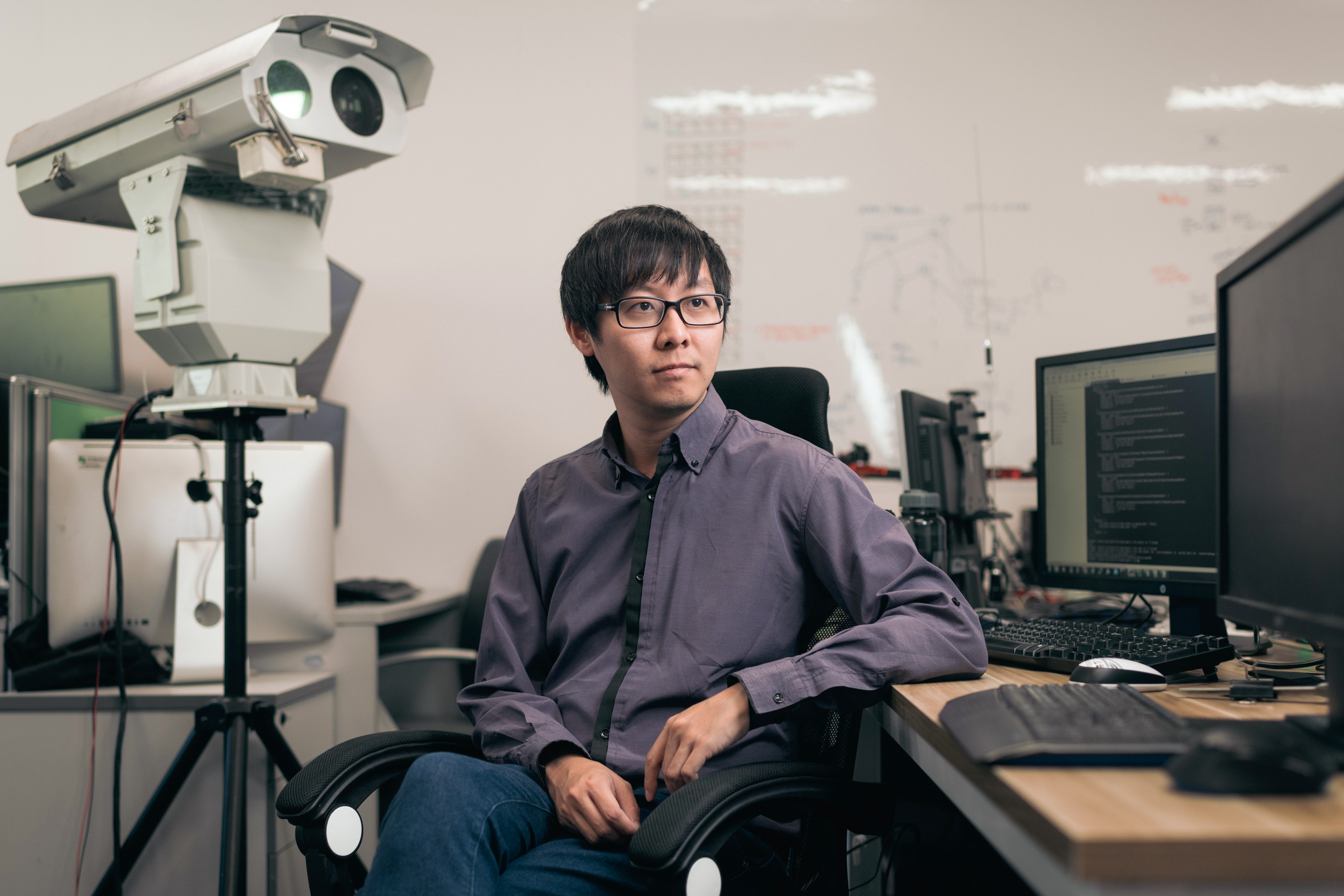 In developed countries, forest fires have become more common and intense in recent years, with more serious casualties. Although natural factors such as lightning can and do cause wildfires, the truth is that over 90% are the result of campfires, exhaust sparks, cigarette embers and arson, according to figures by NASA.

And in case you were wondering, it’s no coincidence that the visage of the FD-1 bears more than a passing likeness to Wall-E, the eponymous robotic hero depicted in the 2008 Disney animated film. “I liked the movie very much,” Sham says. “[Like the FD-1], Wall-E’s most important job is to clean up the mess that has been caused by humans.”

After securing US$9 million from a Hong Kong VC fund in May, Insight now has more resources for further R&D, including developing new tech that can detect pests and disease in large-scale commercial crops.

Sham has confidence the company will be able to make a huge impact. “In the long-term, I want my company to help reduce 1% of the world’s carbon emissions,” he says. “Only then will I consider it to be successful.”

Find out more about Insight Robotics at insightrobotics.com/en.

COTSbot is a small underwater craft that identifies and kills the crowns-of-thorn starfish largely responsible for the destruction of the Great Barrier Reef.

The robot dubbed Daisy can take apart up to 200 old iPhones an hour, recovering precious metals like aluminium and tungsten.