The global film industry is tilting east towards China, but the country’s most famous studio faces a battle to keep its crown. But on a recent visit, Jamie Fullerton learns that the Hengdian dream still shines bright for many of its residents and drifters

I hear the Godfather of the Eagle before I see him. Or, rather, his motorbike – a white three-wheeler adorned with disco lights flashing in time to a cheesy sax ballad, emanating from the hog’s speakers. 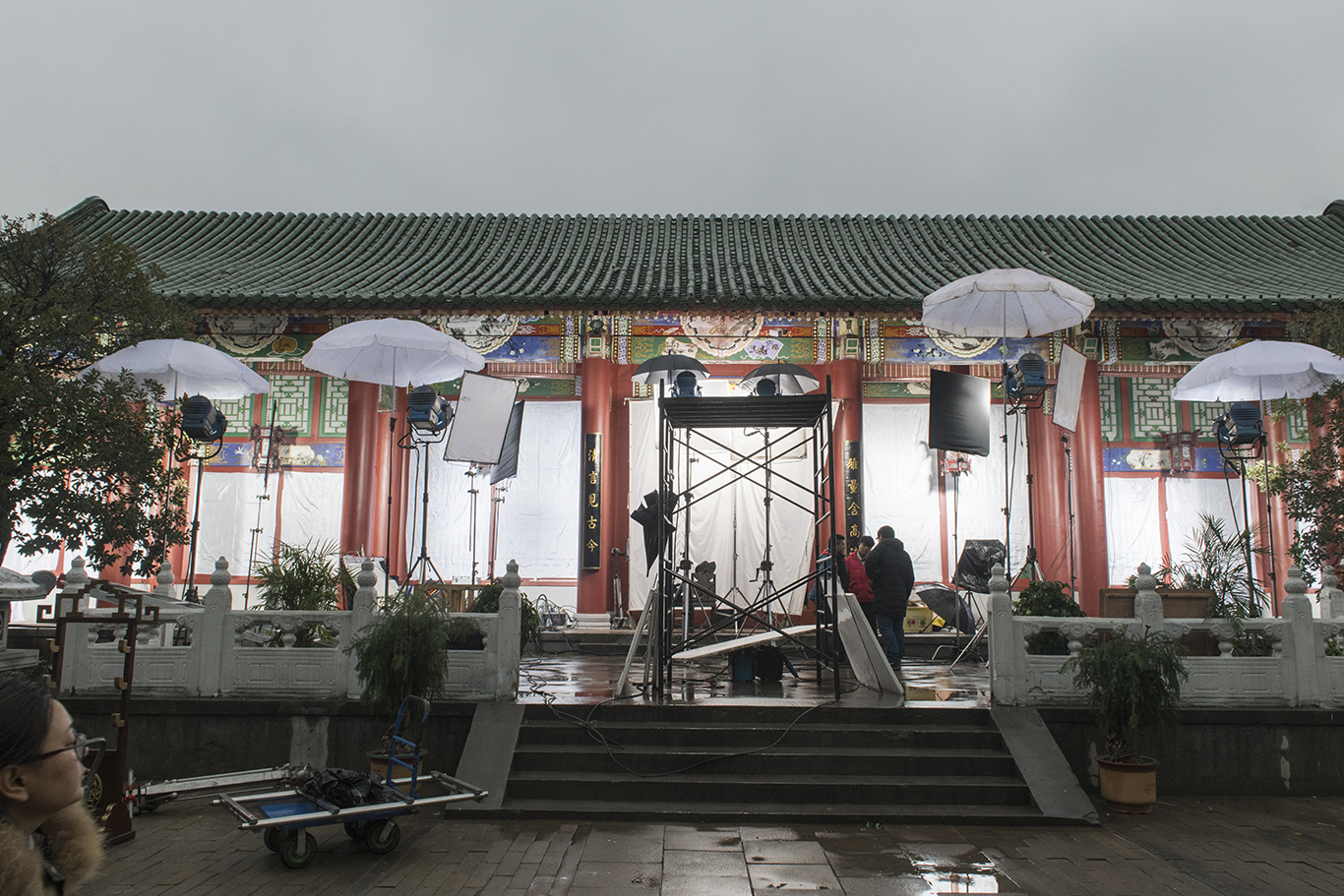 Wearing double denim on the edge of a sun-scorched field in eastern China’s Zhejiang province, the Godfather – 60-year-old Ni Xuezeng – dismounts. He runs his fingers through his white beard with one hand while giving a firm handshake with the other. I feel like kneeling in reverence as I accept his BMX-glove-covered palm.

Ni and his eagle Qiqi are local legends in Hengdian World Studios – the enormous film studio complex that dominates the city of Hengdian. If one of the 300 film crews shooting here annually needs an eagle, then Qiqi – who Ni proudly tells me once perched on Jackie Chan’s forearm in the 2015 film Dragon Blade – is dispatched. 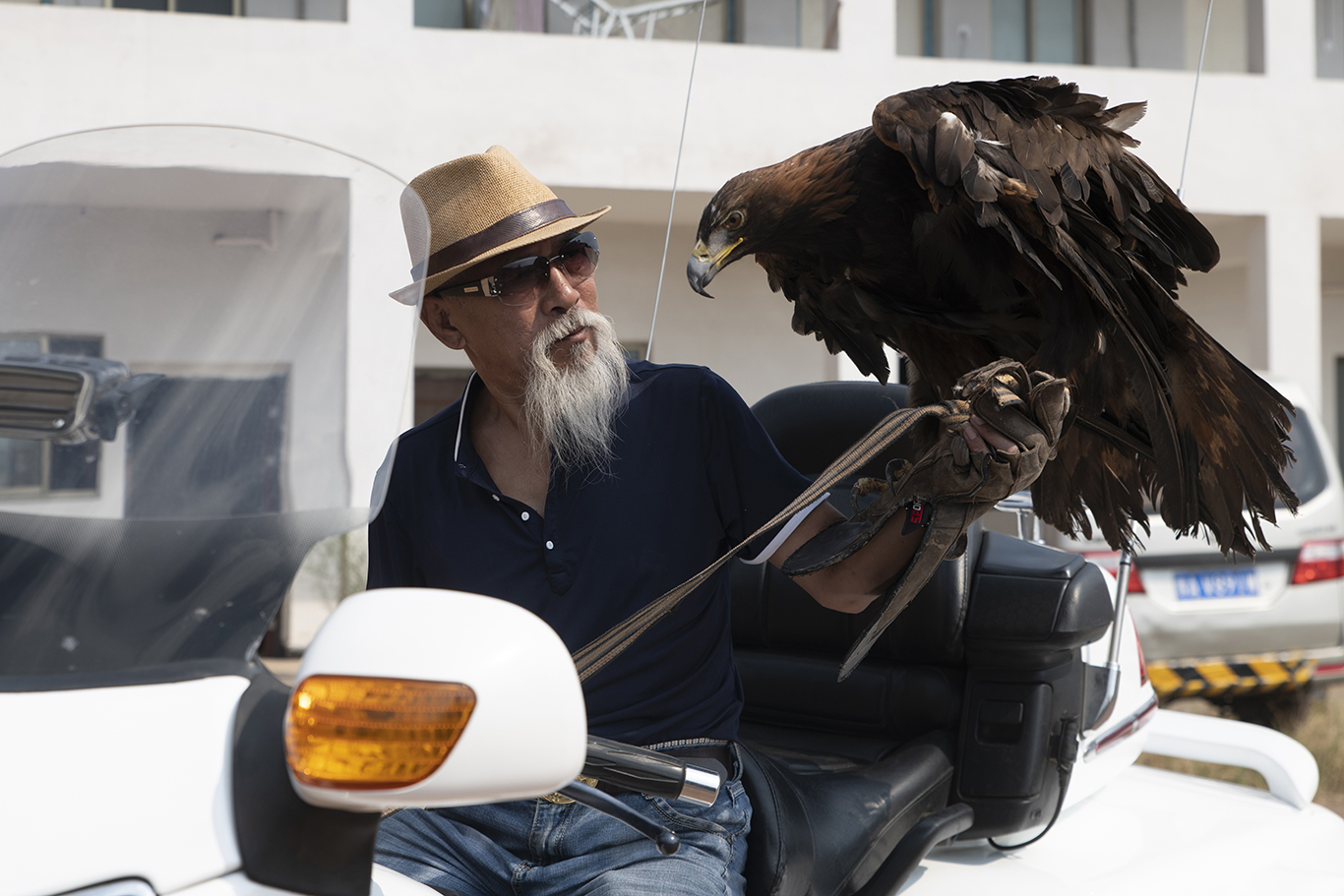 Now, though, it’s dinner time. Ni pulls a live pigeon from his bike’s boot, opens a heavy door and chucks the small bird into Qiqi’s red brick cage. The eagle’s incessant high-frequency squealing stops as she enjoys her dinner.

The sight of feathers flying should be startling, but at Hengdian you quickly become acclimatised to the bizarre. Launched in 1996 by farmer turned Hengdian Group founder Xu Wenrong and, until recently, the largest film studio in China, the studio’s uniqueness lies in it being a rare one-stop shop for filmmakers. Crews don’t pay location fees, with the studio making money from tourism and providing equipment, actors and other services. In other studios, Ni boasts, you can’t summon an eagle at an hour’s notice.

Or, indeed, an entire army. Here, you can recruit from thousands of Hengdian drifters – people who have come to work as extras, often seen strolling the streets tapping on their smartphones while wearing plastic armour and taped-on moustaches. You can also order a horse on a day’s notice from the on-site stables. Need to depict Beijing’s Forbidden City? There’s a life-sized replica, not forgetting a massive turret-dotted fortress, and 11 other themed shooting areas.

Little surprise, then, that if you’ve ever watched soldiers mutilating each other in a Chinese historical drama, chances are it was filmed at Hengdian. Studio management claims that up to two thirds of such dramas filmed in the country are made here, although increasing numbers of contemporary online shows are shot here, too. 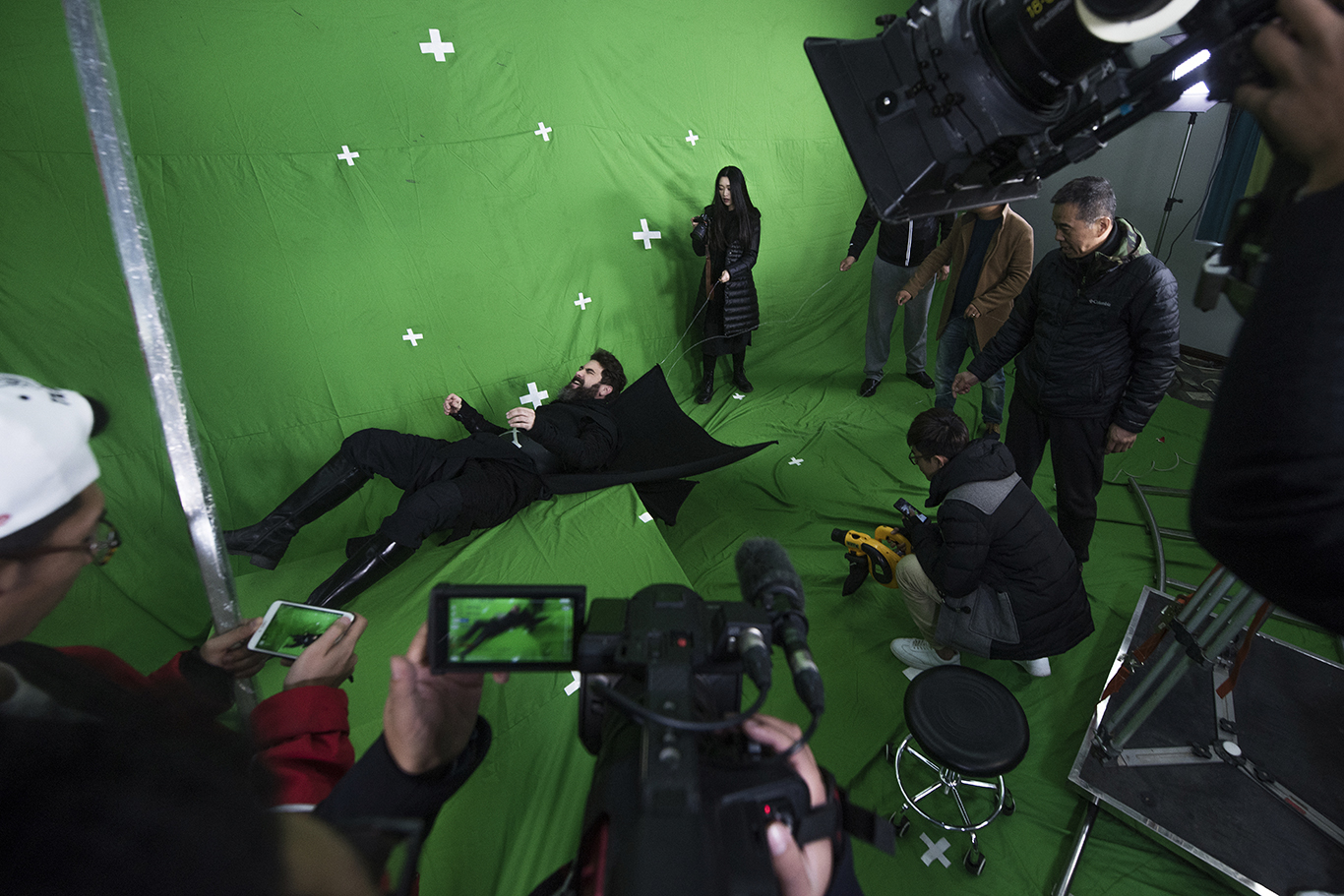 Whether historical or modern, almost everything produced at Hengdian is for domestic audiences. Sure, the global film industry is tilting east, with China’s box office reported to have hit about US$8.6 billion in 2017 (according to exchange rates at the time), and China-Hollywood co-productions such as 2018 shark romp The Meg proving worldwide hits. But Hengdian shows little sign of nudging its influence past China’s borders. The studio’s international successes, such as director Zhang Yimou’s 2002 martial arts epic Hero, remain the exception rather than the rule.

For many of the tourists who visited the studios in 2017, this proudly Chinese style is part of the appeal. But as the industry moves closer to computer-generated imagery (CGI) technology and away from the physical sets that define Hengdian, challenges abound as the studio battles to stay on top of the country’s film pile.

Since opening in 1996 to provide filming locations for The Opium War, a film about China’s battle against Britain in 1842, the Hengdian complex has expanded to over 300 hectares. Production peaked in 2016, when 60 crews filmed there in one day, all working under strict guidance from the State Administration of Radio, Film and Television (SARFT).

Under the government’s rules, politics and racy stuff are out of bounds. “Anything violent, sexual or harmful to society will be asked to be corrected,” says Zhan Bo, a director wearing aviator sunshades between takes. “After that, you get the ‘dragon logo’ permit to play your film.”

Most directors here learn to make productions that need little amendment to get the coveted logo, steering clear of taboo subjects and focusing on positive virtues. “Hengdian is a comprehensive representation of Chinese spirit,” actor Miao Xiansheng says. A 55-year-old former soldier, Miao meets me on a Ming-dynasty-style outdoor set while wearing a wig, prosthetic moustache and a billowing gown. We dodge splashes from hoses simulating rain in a stone courtyard, where Miao is due to be mildly beaten up on camera. “I’m actually bald – my head was shaved for a part,” he says, letting me prod his
fake thatch.

Miao came here because he was bored of retirement. Many younger drifters move to Hengdian to earn a living in an easier, more fun way than factory work. Others dream bigger. “There was a 2015 film called I Am Somebody about Hengdian extras trying to achieve their dream,” says Shayan Momin, a New York University anthropology PhD student who visits the studio to study migrant work patterns. “That film cemented this idea of Hengdian as a place for people who don’t know how to act, [a place] to go and achieve that dream anyway.” 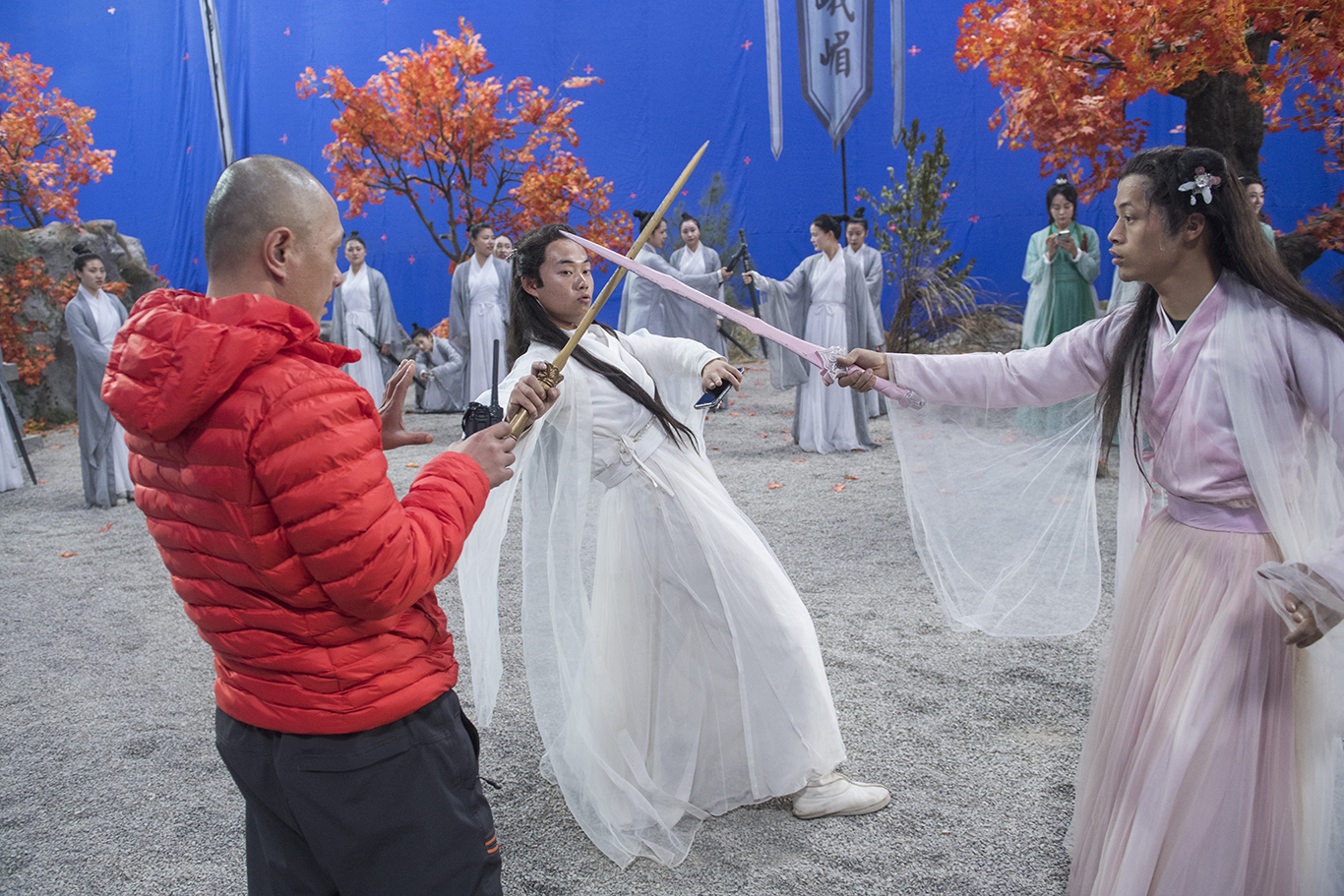 Twenty-six-year-old Zhang Shengwen falls in this category. He worked as a miner in Xinjiang and a flyer distributor in Beijing, then watched I Am Somebody and something clicked. “My family wasn’t always in favour of my dream to become an actor,” he says, tilting his head as gets his photo taken in a nondescript office. “The people in that film didn’t experience what a real Hengdian drifter does. For the first few years my parents couldn’t see me on TV. I’ve had to wait for opportunities.”

Good-looking but considered too short to be leading man material by many directors, Zhang’s potential was noticed by drama teacher Wei Jinsong after a series of bit-part roles. His faith paid off – Zhang has just landed a big role in a forthcoming TV drama show. “Most people showing up to Hengdian aren’t thinking, ‘I want to be the next Harrison Ford,’” says Momin. “It’s more like: ‘Performing is fun and I don’t want to work.’ But Zhang has real aspirations.” Wei says that in China only Hengdian has the kind of pull to attract dreamers such as his protégé: “Only Hengdian is called the ‘Oriental Hollywood’.”

Zhang and Wei are fiercely loyal to the concept of the Hengdian dream in an industry environment threatening to tarnish it. Recent crackdowns on tax fraud in the sector have placed a lot of pressure on Chinese filmmakers and stars, most notably Fan Bingbing, who was recently forced to stump up for missing tax payments.

There is more competition in the country now, from studios such as the nearby Xiangshan Film and Television City. Wanda Studios’ Qingdao Oriental Movie Metropolis, which officially opened last April, is now the biggest film studio in China but has allegedly failed to attract as much business as projected.

Studios such as Wanda’s, though, are equipped with super-modern technology designed for CGI-focused productions and have ambitions to attract foreign crews. On the other hand, Hengdian is still known for its enormous physical sets, simultaneously its main selling point but also viewed by many as holding onto the past. The studio is tackling this perception by building around 40 new high-technology zones equipped with CGI-ready production facilities.

Stirred by this investment, Hengdian veterans don’t seem worried about being left behind. Zhang Xiaming, a 50-year-old actor and photography studio owner, has been working here for 13 years. He points out that more attention from authorities could actually help raise studio production standards. With the government recently capping fees for star actors, there is greater potential for funds to be distributed more evenly between the productions.

“Things might be temporarily affected,” he says, chatting in his studio by a wall plastered with photos of actors dressed as soldiers and zombies. “But things will recover. Hengdian already has vivid historical sets, and it’ll be amazing when the new high-tech studios arrive.”

He grins warmly as he recalls playing a eunuch alongside Chow Yun Fat and Jay Chou in Zhang Yimou’s 2006 film Curse of the Golden Flower. “The scale of the contribution of this place can’t be replaced. There is a saying: ‘A dead camel that starves to death is still bigger than a horse’.”

Hengdian’s management might not appreciate the cadaver comparison, but the sentiment is one of pride and affection. This place is indeed a special old beast: if not a dead camel, then perhaps a majestic eagle – hopefully never a CGI megalodon.

An at-a-glance look at Shanghai’s top places to wine and dine, shop and rest your head 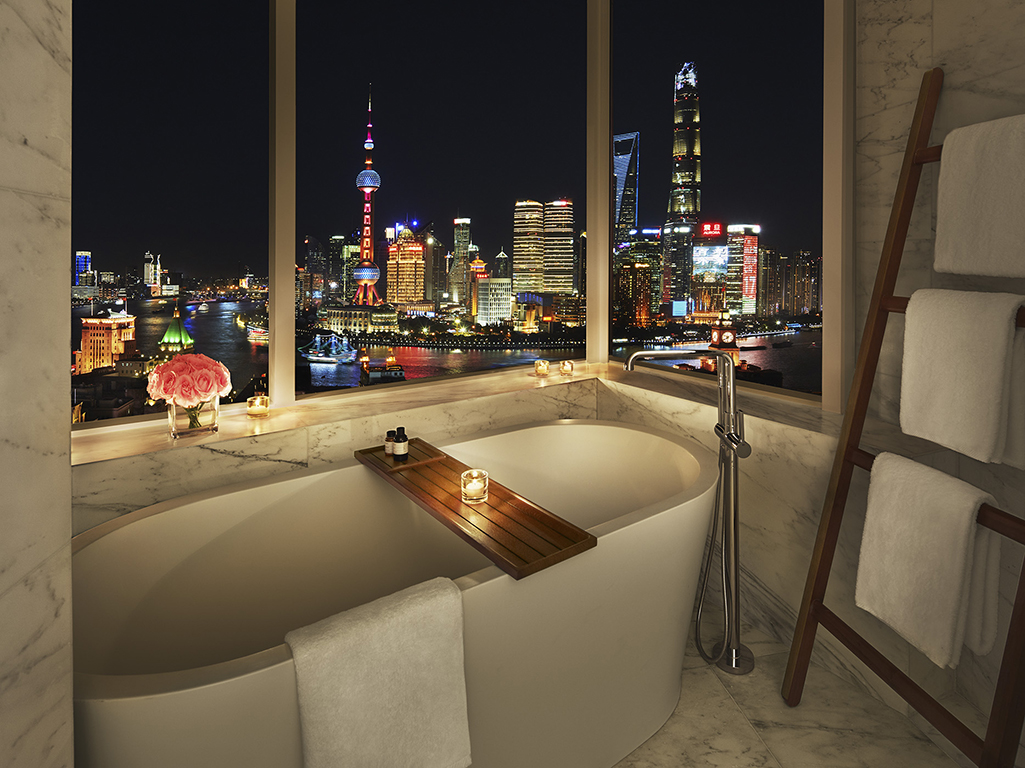 This inventive Asian-French fusion restaurant is helmed by Bina Yu, a respected name in the Shanghai food scene who has also worked with feted French-American chef Jean-Georges Vongerichten. From sweet unagi and glazed salmon to spicy octopus, everything here wows. 546 Yuyuan Rd 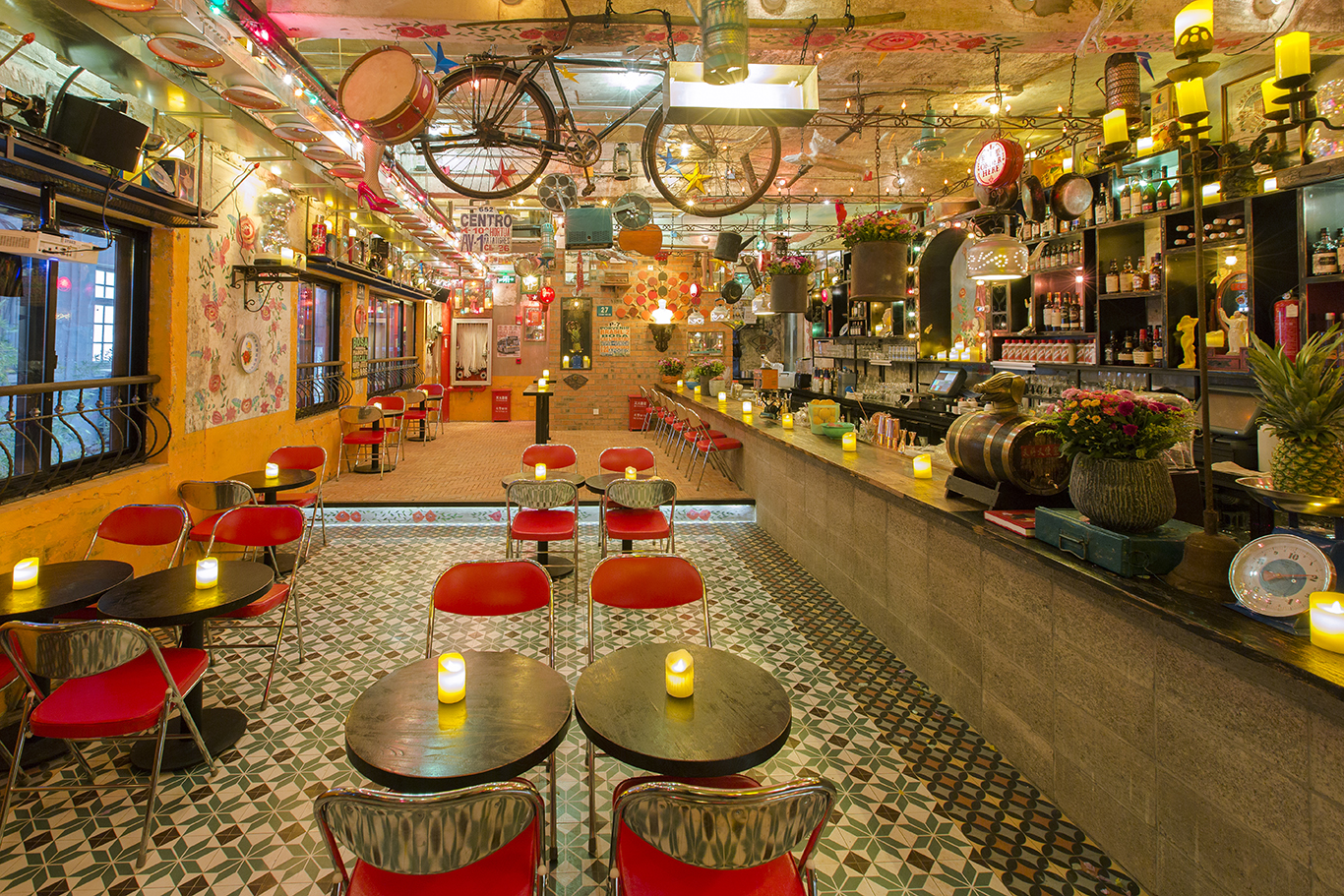 Located in the hip new Columbia Circle F&B hub, this branch of the popular craft beer tap house serves over 100 bottled and draught beers and has a stunning poolside spot. 1262 Yan’an Rd West 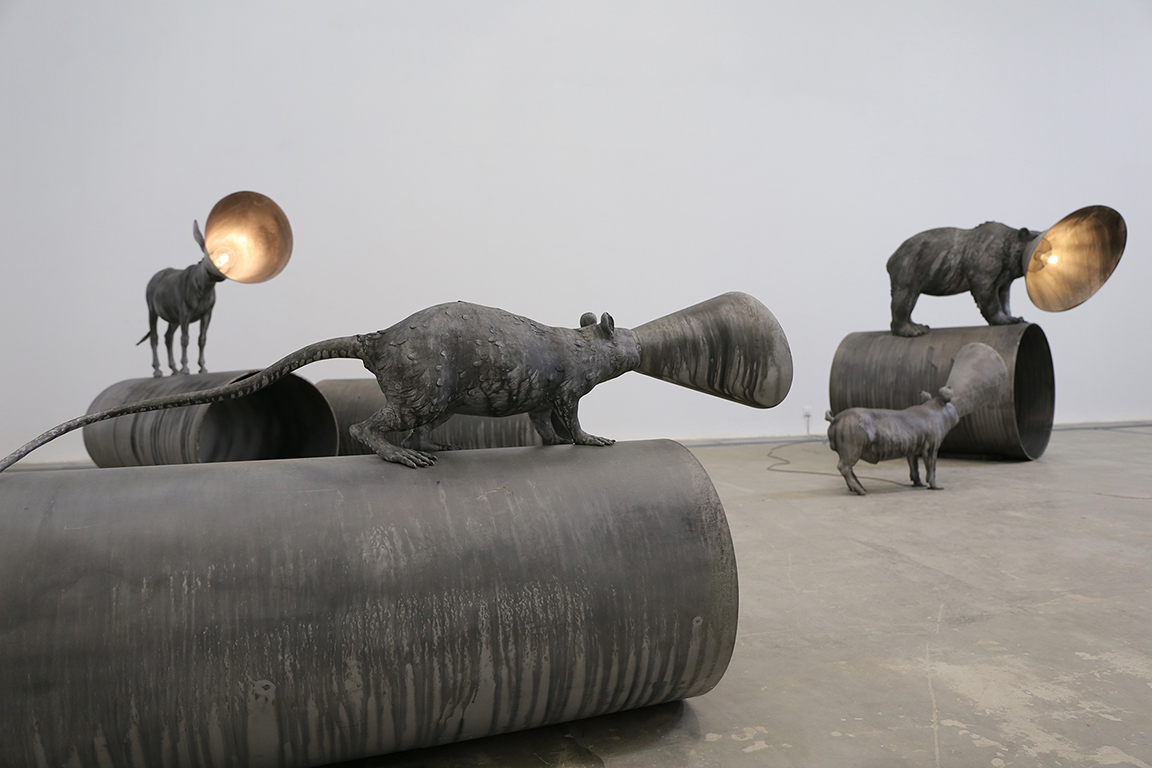 Its sneakers have gained a cult following in China and this small showcase store in the leafy former French Concession is a great place to pick them up before exploring the rest of Wulumuqi Road’s superb boutiques and vintage stores. 206 Wulumuqi Middle Rd