Pursuant to the agreement, Hong Kong Airlines will add Istanbul and destinations in Europe, including Paris, London, Barcelona and others, to its international network, while Turkish Airlines will extend its reach to other major destinations beyond Hong Kong. 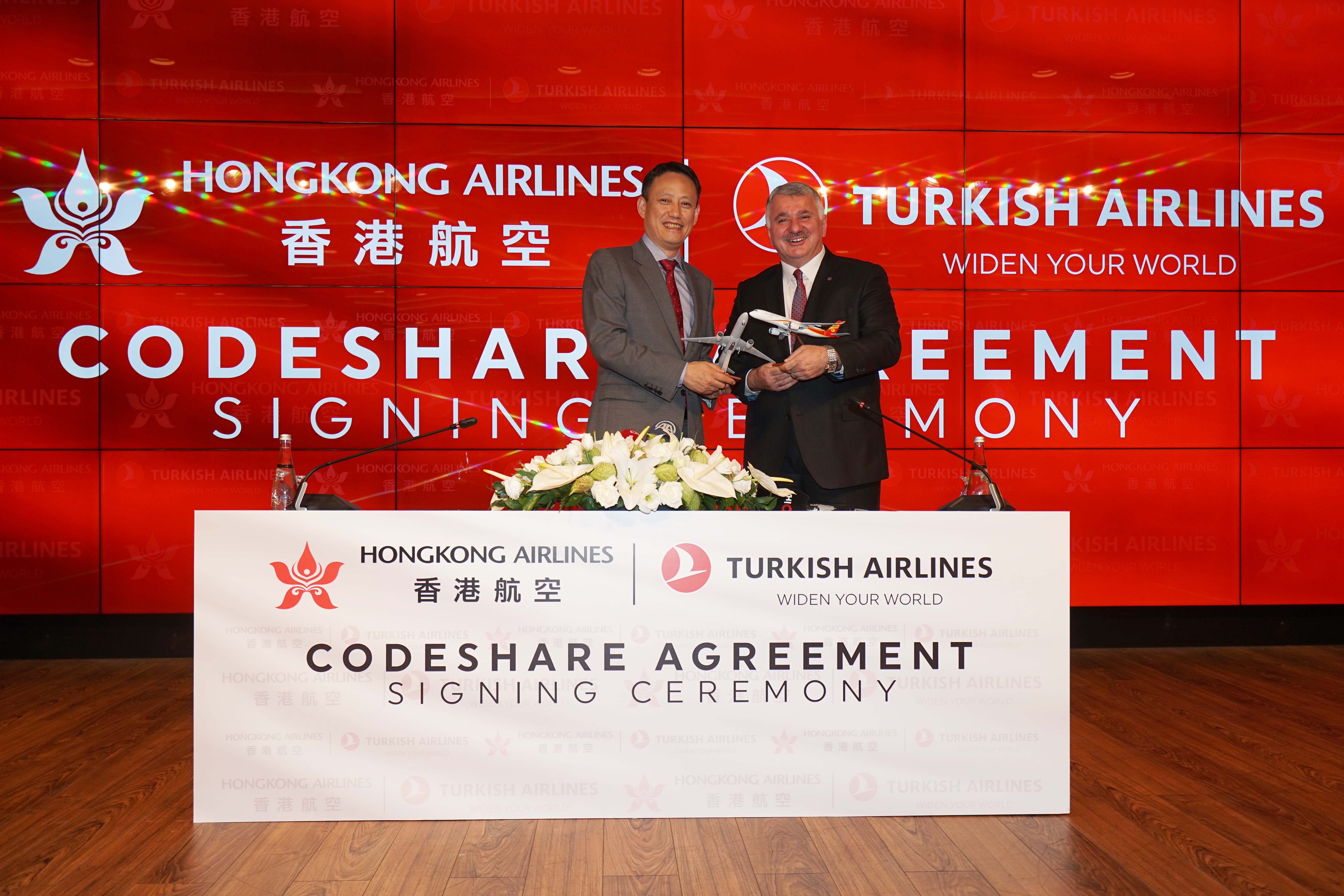 Turkish Airlines currently offers six flights per week between Hong Kong and Istanbul with its Boeing 777-300ER equipped with 49 Business Class seats and 300 Economy Class seats. The airline is also working on moving its operations to Istanbul New Airport.

Passengers of Turkey’s national flag carrier will benefit from one-stop travel connections to Auckland, Bangkok and Osaka via Hong Kong through this codeshare partnership.

Hong Kong Airlines Business Class passengers will enjoy access to Turkish Airlines’ world-renowned Lounge Istanbul, which offers a range of facilities and services that transforms pre-flight or connecting time into its own special experience. It’s a place for a hot shower, a nourishing snack, quiet relaxation and more.

Turkish Airlines passengers travelling in Business Class on Hong Kong Airlines will enjoy exclusive access to the airline’s flagship lounge, Club Autus, at Hong Kong International Airport, which features a suite of facilities that cater to every traveller’s needs, including one of the longest food halls and shower facilities for those seeking to refresh themselves before a flight.